5 See the example on page 1 of Appendix B of the Update on the Structure of the Single Security for information related to counterparty risk. 6. Can a Fannie Mae first-level Security and a Freddie Mac first-level UMBS be commingled into the same Fannie Mae or Freddie Mac second-level Security ? Yes. 7. When is commingling allowed? Does it affect the status of the guarantor? Single Security Initiative FAQ May 2018 Final Ver 1. Commingling is allowed in second-level but not in first-level securities. In either context, the guarantor is the issuing Enterprise. For example, an investor who owns a first-level Security issued by one Enterprise will be able to re-securitize it through the second Enterprise by paying any applicable fee.

6 The timely payment of principal and interest on the resulting second-level Security will be guaranteed by the second Enterprise, and that guarantee will be supported by the first Enterprise's guarantee to the trust of the second-level Security of timely payment of principal and interest on the first-level Security . 8. Will market participants need to update their documents and websites to reflect the new Security names (UMBS and Supers)? Yes, the Enterprises expect that investors, dealers, vendors, and others will need to update contracts, marketing materials, investment documents, systems, and procedures to reflect the new names of TBA-eligible mortgage- backed securities. The Enterprises are already using the names UMBS and Supers in their outreach to raise awareness of needed name changes.

7 The goal is to provide the market as much preparation time as possible in advance of the Single Security Initiative implementation date of June 3, 2019. 9. What will FHFA and the Enterprises do to ensure their securities stay aligned in performance once the Single Security Initiative is implemented? UPDATED. FHFA has established the Single Security Governance Committee (SSGC) composed of senior FHFA executives to assess new or revised Enterprise programs, policies, and practices for their effect on the cash flows of MBS eligible for financing through the TBA market. FHFA will also perform ongoing monitoring of loan acquisitions, Security issuances, and prepayments and ensure that the Enterprises continue to provide information on a timely basis to facilitate these ongoing assessments.

8 FHFA is seeking general alignment on the observed prepayments associated with Enterprise UMBS at the cohort level. FHFA will monitor the respective prepayment rates of both Enterprises and has established tolerance thresholds for prepayment divergence between the Enterprises. Generally, FHFA will investigate differences between Fannie Mae and Freddie Mac prepayment speeds when cohort speeds diverge by more than 2 CPR. When differences exceed 3 CPR, FHFA will require that the cause of the divergence be reported to the SSGC. The Enterprises remain separate entities with separately issued and guaranteed securities. Each Enterprise will continue to create its own trust agreements and disclosure documents, and must perform its own functions as issuer, master servicer, guarantor, and trustee in an independent manner.

9 FHFA does not believe that complete alignment of the Enterprises, programs, policies or practices is necessary or appropriate. The Common Securitization Platform (CSP). Overview 1. What is the CSP and how does it relate to the Single Security Initiative ? CSP is a technology and operational platform that will perform many of the core back office functions for the UMBS and Supers, as well as most of the Enterprises' current securitization functions (bond issuance, settlement, disclosure, bond administration and tax reporting) for Single -family mortgages, on behalf of both Enterprises. The CSP is necessary for the implementation of the Single Security Initiative . It enables the Enterprises to implement one aligned new standard Security in one common system rather than each Enterprise building to that standard in its own legacy systems.

10 The CSP also makes administering commingled securities much more efficient because all the data from both Enterprises is on one platform. 2. Why have a CSP? Neither Enterprise's current systems can execute commingled re-securitizations, which are critical to the success of the Single Security Initiative . Under FHFA's direction, the CSP was undertaken as a joint Initiative by the Single Security Initiative FAQ May 2018 Final Ver 2. Enterprises to develop one common, flexible technological and operational platform to support the back office activities related to Single -family securitization. These activities involve storing, processing, and transmitting large volumes of data, so that investing in a Single platform and carrying out the accompanying operational capabilities to support these functions will benefit both companies, and ultimately, taxpayers. 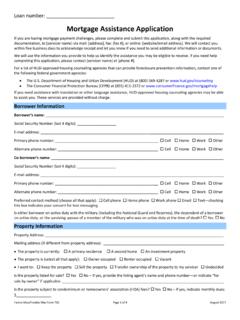 Loan number: _____ Mortgage Assistance Application If you are having mortgage payment challenges, please complete and submit this application, along with the required 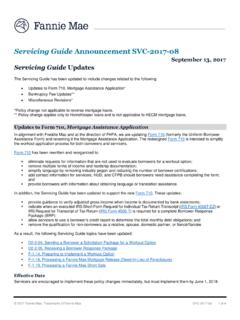 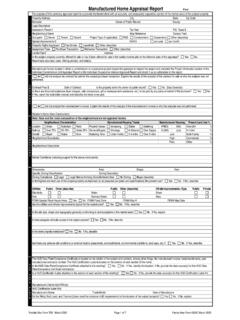 Manufactured Home Appraisal Report File # Freddie Mac Form 70B March 2005 Page 1 of 7 Fannie Mae Form 1004C March 2005 The purpose of this summary appraisal report is to provide the lender/client with an accurate, and adequately supported, opinion of the market value of the subject property. 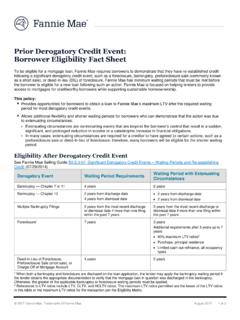 © 2017 Fannie Mae. Trademarks of Fannie Mae. August 2017 1 of 2 Prior Derogatory Credit Event: Borrower Eligibility Fact Sheet To be eligible for a mortgage loan, Fannie Mae requires borrowers to demonstrate that they have re-established credit

All eligibility criteria and requirements are subject to the formal terms and conditions of the Fannie Mae Selling Guide. 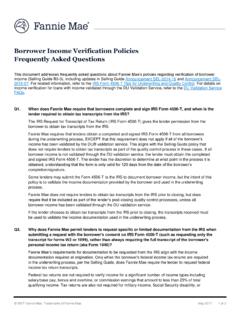 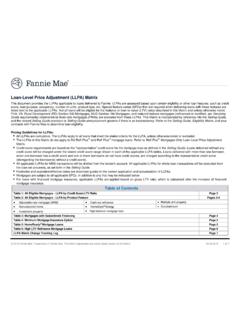 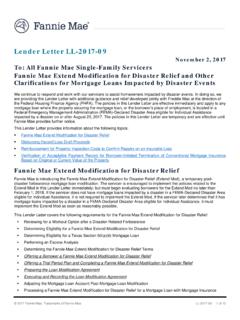 Instructions Page Instructions Verification of Employment The lender uses this form for applications for conventional first or second mortgages to verify the applicant's past and present employment status. 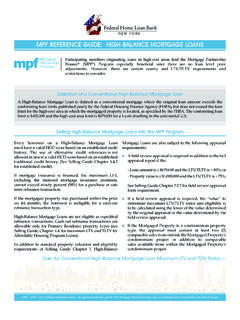 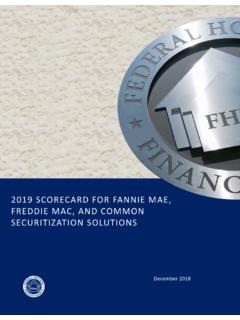 Reduce taxpayer risk through increasing the role of private capital in the mortgage market. (30%) FHFA expects the Enterprises to continue single-family and multifamily credit risk transfers as 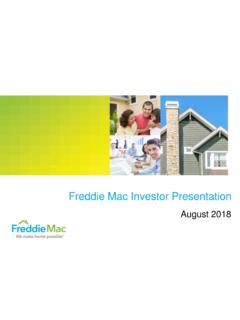 © Freddie Mac 2 A Better Freddie Mac …and a better housing finance system For families...innovating to improve the liquidity, stability, and affordability of ...

Who Regulates Whom and How? An Overview of U.S. …

Who Regulates Whom and How? An Overview of U.S. Financial Regulatory Policy Congressional Research Service 1 Introduction Most people in the United States (and other developed nations) have rejected the Shakespearean

Whom, Who regulates whom and how, Regulates 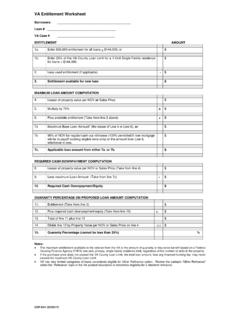 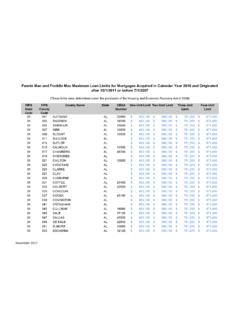 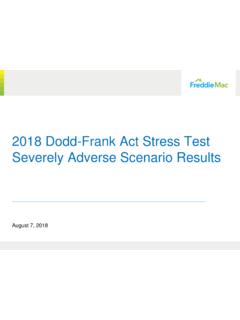 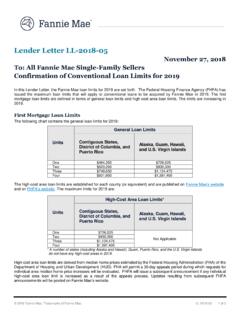 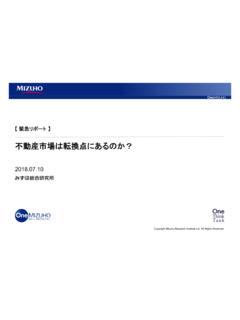