The State of Best Practices in Indian Country - ICCTC

The State of best Practices in Indian Country Concept Paper Published in the Healthy Indian Country Initiative Promising Prevention Practices Guide 2010. Jami Bartgis, National Council of Urban Indian Health Dolores Subia BigFoot, University of Oklahoma Health Sciences Center In a national effort towards accountability and effectiveness of health care, the use of evidence- based Practices (EBP) is becoming the standard for clinical care. Every health discipline has examples of historical treatment approaches ( , we've always done it this way) without real evidence that it works. The same trend is occurring in the area of prevention as the United States begins the shift from high cost interventions to preventative care. Unfortunately, the historical treatment and prevention approaches are not always effective and have, at times, resulted in no- improvement at best in some cases and fatalities at worst. The move toward demonstrating evidence or research-base of the effectiveness of prevention, treatment and intervention approaches were a step toward ensuring the best possible care for patients and their community.

communities. Without a focus on achieving positive culturally relevant outcomes through an evidence-driven system, the disproportionality within American Indians and Alaska …

1 The State of best Practices in Indian Country Concept Paper Published in the Healthy Indian Country Initiative Promising Prevention Practices Guide 2010. Jami Bartgis, National Council of Urban Indian Health Dolores Subia BigFoot, University of Oklahoma Health Sciences Center In a national effort towards accountability and effectiveness of health care, the use of evidence- based Practices (EBP) is becoming the standard for clinical care. Every health discipline has examples of historical treatment approaches ( , we've always done it this way) without real evidence that it works. The same trend is occurring in the area of prevention as the United States begins the shift from high cost interventions to preventative care. Unfortunately, the historical treatment and prevention approaches are not always effective and have, at times, resulted in no- improvement at best in some cases and fatalities at worst. The move toward demonstrating evidence or research-base of the effectiveness of prevention, treatment and intervention approaches were a step toward ensuring the best possible care for patients and their community.

2 However, as the pendulum swings toward the sole use of clinical Practices with formalized research base, new challenges and limitations have emerged, especially for ethnic minority populations and the historically underserved groups of people. american indians and alaska Natives suffer from some of the highest rates of disproportionality in health care of any ethnic group in the US. The life expectancy of american indians and alaska Natives is years less than the general US population and they die at higher rates from tuberculosis (750% higher), alcoholism (550% higher), diabetes (190% higher), unintentional injuries (150% higher), homicide (100% higher) and suicide (70% higher; Indian Health Services, 2009). This disproportionality argues for a focus on effective prevention in Indian Country as one of the greatest priorities of Health Care reform in the 21st Century. Health disparities are evident in the lack of qualified providers as well including their level of cultural competence.

3 Further, a lack of cultural competence impacts service access, use, and outcomes for all levels of care. Policies and procedures developed without culture in mind can result in access problems for ethnic/racially diverse communities. For example, if a health clinic set a policy that all patients must have an appointment confirmed by telephone the day before, access problems are highly likely for those living in a culture of poverty in which telephones are a luxury. Lack of cultural competence within a program can also impact a person's willingness to use services or attend community events and has been cited as a primary reason for early drop out of programs and services for many ethnically/racially diverse communities (SAMHSA, 2001). Finally, cultural competence is critical for ensuring that american Indian and alaska Native populations achieve significant outcomes that match the cultural values of their communities. Without a focus on achieving positive culturally relevant outcomes through an evidence-driven system, the disproportionality within american indians and alaska Native health will continue to plague our communities.

4 Evidence-Based- Practices Although Evidence-Based-Practice has been defined in many ways, Isaacs and colleagues (2005). discuss how, although the use and expansion of EBPs appears to be a good solution for addressing ethnic disparities, it is very possible that EBPs may widen the health disparities gap if there is not significant attention given to cultural and linguistic competence of underserved cultural-based populations. EBPs were derived from the empirically supported treatment (also referred to as Evidence-Based-Treatment) movement spearheaded by the american Psychological Association Division 12 Task Force on Promotion and Dissemination of Psychological Procedures (Chambless et al., 1998). Empirically supported treatments had very narrow definitions for best -practice that were largely based on highly controlled randomized clinical trials. This means that in the highly controlled research environment, clients with restrictive demographics and without co-occurring disorders, experiencing a similar symptom presentation and severity show statistically significant improvement within the criteria identified.

5 Evidence Based Practices (EBP) represents an attempt to move beyond the empirically supported treatment movement by including clinical judgment and patient context ( american Psychological Association, 2005). In medical practice, EBP is used to make clinical decisions about individual patients and balances research, clinical expertise, and patient characteristics. Isaacs and colleagues (2005) note that without careful attention, EBPs could be as narrowly defined as empirically supported treatments, which would likely continue to widen the disparities gap for people of color. Currently, concerns about the cultural competence of EBPs include inadequate or no inclusion of cultural variables in research samples, no examination of the impact of culture(s) on outcomes, no adequate consideration for co-occurring disorders, and not taking into account context and environment (Isaacs et al., 2005). As Isaacs and colleagues (2005) elegantly State : Many of those involved in the development of EBPs believe that [better outcomes] is best achieved through application of scientific methodologies and that science trumps culture.

6 Those who are proponents of cultural competence believe that science is important, but that culture and other social factors, such as class, race, gender, and place, cannot be ignored. In terms of ability to produce better outcomes for ethnic minority consumers and families, culture may, in fact, trump science. Evidence Based Practice Adaptations Attempts to attend to cultural aspects of EBPs include various adaptations to EBPs and increased attention to Practice-Based-Evidence methods. Adaptations to EBPs are attempts to modify an EBP by changes in the service delivery approach, expanding or modifications of the goals of the therapeutic relationship, or any components of the treatment to better reflect the cultures values and beliefs (A Whaley, Hogg Foundation, as cited by Echo-Hawk, Hernandez, Huang, & Isaacs, 2006). The major concern with cultural adaptations of EBP is that once certain changes are made there is concern that fidelity may be compromised resulting in the practice as no longer evidence-based; thus requiring that additional support or evidence needs to be established.

7 Further, some of the adaptations have been referred to as superficial or stereotypical such as changing pictures and names to be more native-like or serving native foods at a meal (Yellow Horse & Yellow Horse Brave Heart, 2005). Cultural adaptations have been done that focus on the similar core principles of Evidence Based Practice and Practice Based Evidence (PBE) which does not change the validity of the EBP; however that is not necessary the norm in the cultural adaptation arena (BigFoot, 2009). Practice-Based-Evidence In an attempt to address the challenges of Evidence-Based- Practices for people of color, the concept of Practice-Based-Evidence (PBE) emerged from community-based Practices and approaches that have existed within ethnic/racially diverse communities. PBE are Practices that come from the local community, are embedded in the culture, and are accepted as effective by local communities and support healing of youth and families from a cultural framework (Isaacs et al.)

8 , 2005). Many of these PBE have been in place for years and for many tribal communities, for centuries. These Practices do not have a research base as we define research today; but they do have an evidence base developed from multiple trials of experimenting with what work best . PBE are effective in supporting healing and wellbeing within the tribal communities from which they evolved and toward whom they are intended. Many of these Practices have never undergone any degree of clinical trials however they have survived the test of time research. There are two major reasons that many of these tribal PBE approaches have never been research. First, documenting certain culturally-based interventions may be considered inappropriate, depending upon the community cultural values, spiritual teachings, and history. Unfortunately, many tribal communities have a history of researchers documenting their Practices from a cultural lens that did not fully appreciate what the practice was as well as the cultural context of a practice, resulting in inappropriate assumptions and misinterpretations.

9 The consequences for these misunderstandings were very significant for tribal communities as many were forced to hide or deny some of these Practices for fear of persecution, which eventually lead to the passing of the american Indian Religious Freedom Act, but not until 1978. Second, clinical trial research has not been possible since no research infrastructure exist within tribal communities and only in the recent past have Tribes been involved in developing medical models for inclusion in research ( , NARCH). Mechanisms for ensuring that tribal communities are including in the planning, policy, ownership, and funding decisions in major research institute's have not been historically present. It has only been recently that tribal communities are forming research networks that are questioning what current research policies are. For example, the National Institutes of Health, the largest research funding federal agency, currently has no policy or procedure in place for tribal consultation.

10 Additionally, much of the scientific research is developed and implemented in a top-down approach from universities to communities, from evidence (science) to practice. In the PBE approach, practice informs evidence. Definitions Determining what Practices are evidence-based or practice-based can be challenging. This is primarily due to the fact that there multiple definitions and criteria for determining each have been proposed, without universally accepted consensus. To add to the confusion, the terms best Practices and promising Practices have been added to the discussion without good, clear, universally accepted definitions. Although there is a need to for some real dialogue that engage both academia and communities to develop universally accepted definitions and criteria, this type of discussion may take years to resolve. Unfortunately, the health disparate conditions of many of our communities cannot wait as it is costing tribal lives and increasing the risk of more disparities. 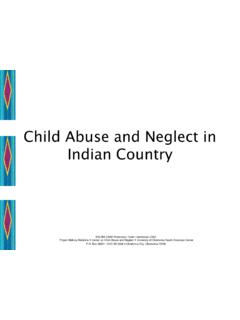 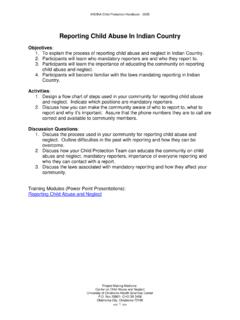 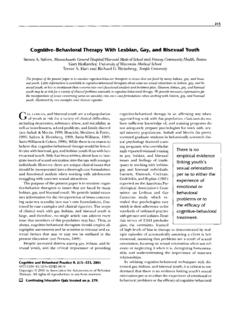 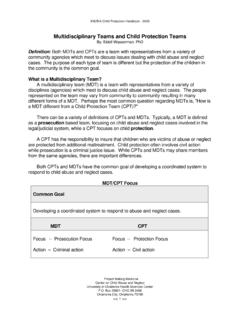 IHS/BIA Child Protection Handbook - 2005 Multidisciplinary Teams and Child Protection Teams By: Eidell Wasserman, PhD Definition: Both MDTs and CPTs are a team with representatives from a variety of community agencies which meet to discuss issues dealing with child abuse and neglect 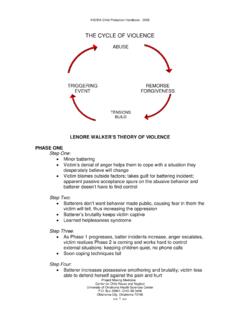 THE CYCLE OF VIOLENCE - ICCTC Home

Cycle, Violence, Of violence, The cycle of violence 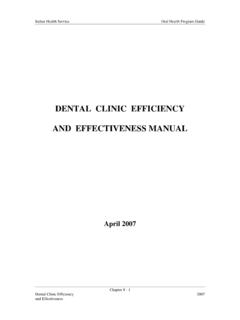 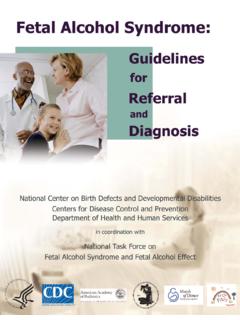 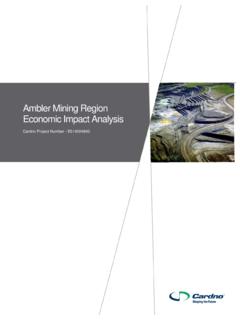 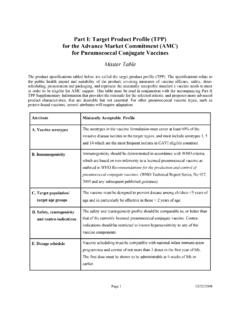 Part I: Target Product Profile (TPP) for the Advance ...