THE SUPREME COURT OF APPEAL OF SOUTH AFRICA . Case No: 669/10. In the matter between: COMMISSIONER FOR THE SOUTH AFRICAN. REVENUE SERVICE Appellant and LABAT AFRICA LIMITED Respondent Neutral citation: CSARS v Labat (669/10) [2011] ZASCA 157 (28 September 2011). Coram: Harms AP, Lewis, Heher and Maya JJA and Plasket AJA. Heard: 16 September 2011. Delivered: 28 September 2011. Summary: Income Tax Act 58 of 1962 s 11(gA)(iii) allowable deductions for the acquisition of intellectual property rights meaning of expenditure' shares issued as consideration not expenditure'. 2. _____. ORDER. _____. On APPEAL from: North Gauteng High COURT , Pretoria (sitting as a COURT of APPEAL ): 1 The APPEAL is upheld with costs. 2 The order of the COURT below is set aside and replaced with an order upholding the Commissioner's APPEAL from the Income Tax Special COURT with costs and replacing its order with one dismissing the taxpayer's APPEAL .

THE SUPREME COURT OF APPEAL OF SOUTH AFRICA Case No: 669/10 In the matter between: COMMISSIONER FOR THE SOUTH AFRICAN REVENUE SERVICE Appellant

1 THE SUPREME COURT OF APPEAL OF SOUTH AFRICA . Case No: 669/10. In the matter between: COMMISSIONER FOR THE SOUTH AFRICAN. REVENUE SERVICE Appellant and LABAT AFRICA LIMITED Respondent Neutral citation: CSARS v Labat (669/10) [2011] ZASCA 157 (28 September 2011). Coram: Harms AP, Lewis, Heher and Maya JJA and Plasket AJA. Heard: 16 September 2011. Delivered: 28 September 2011. Summary: Income Tax Act 58 of 1962 s 11(gA)(iii) allowable deductions for the acquisition of intellectual property rights meaning of expenditure' shares issued as consideration not expenditure'. 2. _____. ORDER. _____. On APPEAL from: North Gauteng High COURT , Pretoria (sitting as a COURT of APPEAL ): 1 The APPEAL is upheld with costs. 2 The order of the COURT below is set aside and replaced with an order upholding the Commissioner's APPEAL from the Income Tax Special COURT with costs and replacing its order with one dismissing the taxpayer's APPEAL .

2 _____. JUDGMENT. _____. HARMS AP (LEWIS, HEHER AND MAYA JJA AND PLASKET AJA concurring). [1] The Income Tax Act 58 of 1962 provides for allowable general deductions for the determination of a taxpayer's taxable income. Section 11(gA), as it read during the relevant 2000 tax year, provided for the amortisation of the cost of the acquisition of intellectual property rights at the rate of 4 per cent per annum and read, as far as trade marks are concerned, as follows . 11. For the purpose of determining the taxable income derived by any person from carrying on any trade within the Republic, there shall be allowed as deductions from the income of such person so derived .. (3A)(iii) an allowance in respect of any expenditure .. actually incurred by the taxpayer .. in acquiring by assignment from any other person any.

3 Trade mark .. if such .. trade mark .. is used by the taxpayer in the production of his income or income is derived by him therefrom ..'. [2] The taxpayer, the present respondent (Labat AFRICA Ltd), acquired the trade mark Labat-Anderson' through assignment during the tax year and sought to claim the deductible allowance. The appellant, the Commissioner for the SA Revenue Service, disallowed the claim. The Income Tax Special COURT , Pretoria, upheld the 3. taxpayer's APPEAL and the full COURT of the North Gauteng High COURT subsequently dismissed the commissioner's APPEAL against the judgment of the special COURT . The APPEAL is before us with special leave of this COURT . [3] The taxpayer, under its former name of Acrem Holdings Ltd, purchased the entire business operations' of Labat-Anderson ( SOUTH AFRICA ) (Pty) Ltd in terms of a written agreement dated 15 February 1999.

4 Its effective date was 1 June 1999. The business operations of Labat-Anderson were defined to include all its tangible and intangible assets including, more particularly, the trade mark. In terms of clause 6 of the agreement, under the heading sale', the taxpayer purchased' the business for a consideration' of R120 million, discharged by the issue to Labat-Anderson' of 133 333 333 Acrem shares at an issue price of 90 cents per share'. (Although called a sale, the agreement was not a sale because a sale requires payment in money and not consideration in kind.) The clause further provided that the purchase price'. was to be apportioned as to the net tangible assets at the values reflected in the accounts, then to the value of the trade mark and name in an amount as determined by an independent and suitably qualified valuator, and the balance was to be apportioned to goodwill.

5 [4] An increase and subdivision of the authorized share capital of the taxpayer was necessary in order to create these shares. The terms of the agreement were approved and the necessary special resolutions were taken to give effect to the transaction. The shares were issued and transferred in terms of the agreement and their value, at the time of transfer, was in excess of the issue price. The trade mark was valued at R44 462 000 and the allowance claimed was based on this valuation. Its correctness was not in dispute. [5] The sole issue between the parties was whether, within the context and meaning of the statutory provision, any expenditure' had actually' been incurred' by the taxpayer. The special COURT found that the issuing of the shares with a value equal to the value of the trade mark meant that the taxpayer did actually incur expenditure in obtaining assignment of the trade mark (ITC 1801 (68) SATC 57).

6 The COURT had two basic reasons for this conclusion. 4. [6] It said, firstly, that the expression expenditure actually incurred' means in the present context that the taxpayer must have incurred an unconditional legal obligation in respect of the amount concerned; it is not required that the obligation be discharged: once the obligation has been incurred, the expenditure becomes deductible. For this the COURT relied on Edgars Stores Ltd v Commissioner of Inland Revenue 1988 (3) SA 876 (A) at 888G-889C and 885A-B which, in turn, was based on Nasionale Pers Bpk v Kommissaris van Binnelandse Inkomste 1986 (3) SA 549. (A) at 564A-C. [7] Although the COURT stated the principle to be deduced from these judgments correctly the problem is that they did not deal with the meaning of expenditure' but with the question when the expenditure was actually incurred (see eg Edgars at 891C-D).

7 They held that it was incurred during the tax year in which the obligation arose. See also Commissioner for Inland Revenue v Golden Dumps (Pty) Ltd 1993. (4) SA 110 (A) where the same question arose (at 113C-D). It was never an issue in the instant case as to when liability arose. The transfer of the shares took place against the assignment of the trade mark and the taxpayer sought to claim the allowance in the year the obligation was incurred. [8] The question the COURT should have posed was whether the issuing of shares by a company amounts to expenditure' and not whether the undertaking to issue shares amounts to an obligation, which it obviously does. The terms obligation' or liability' and expenditure' are not synonyms. This is apparent from what was said by Botha JA in Caltex Oil (SA) Ltd v Secretary for Inland Revenue 1975 (1) SA 665 (A).

8 At 674D-E, namely that the expression any expenditure actually incurred' means all expenditure for which a liability has been incurred during the year, whether the liability has been discharged during that year or not'. (Emphasis added.). In other words, the liability or obligation must be discharged by means of expenditure timing is not the question. [9] But the special COURT did seek to pose the correct question when it referred to some English judgments that dealt with the effect of a transaction in terms of which a company acquires assets in consideration' of the issue of fully-paid shares. The full COURT likewise asked whether the issue of a company's own authorized share capital in exchange for a trade mark represents real consideration given by the company'. 5. [10] The first judgment relied on was Osborne v Steel Barrel Co Ltd [1942] 1 All ER 634 (CA).

9 It was an income tax case but the applicable statutory provision was not identified. There is at least no indication that the statute used the term expenditure'. The COURT decided that the issue of shares for the acquisition of assets amounted to consideration' given by the company. That is hardly contentious. The second issue the COURT had to decide was on what principle the value of the acquired assets had to be ascertained. It adopted the following approach: shares may not be issued at a discount; if a company accepts assets instead of money as consideration for shares the value of the assets must be at least the par value of the shares and must be based on an honest estimate by the directors of the value of the assets acquired. This, too, does not appear to be contentious but how it bears on the question whether the issue of shares amounts to expenditure' I do not understand.

10 [11] The next case was Craddock v Zevo Financing Co Ltd [1944] 1 All ER 566. (CA) which was followed by Stanton (Inspector of Taxes) v Drayton Commercial Investment Co Ltd [1982] 2 All ER 942 (HL). The latter dealt with the meaning of a provision in the Finance Act 1965 which allowed a deduction from the consideration'. of the gain accruing to a person on the disposal of an asset' which had to be restricted to the amount or value of the consideration, in money or money's worth'. given for the acquisition of the asset. Lord Fraser extracted two propositions from the Craddock decision: a company can issue its own shares as consideration for the acquisition of property' and, secondly, that the value of consideration given in the form of fully paid shares allotted by a company is not the value of the shares allotted but is, in the case of an honest and straightforward transaction, the price on which the parties agreed (at 946j-947a).

Fishery products In 2011, Thailand exported 1.7 million tons of fishery products valued at US$8.2 billion, a 12% increase from 2010. This growth is driven by 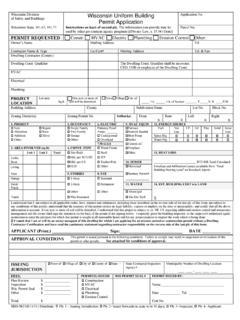 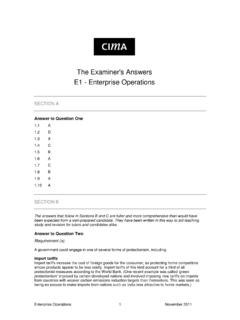 The answers that follow in Sections B and C are fuller and more comprehensive than would have been expected from a well-prepared candidate. They have been written in this way to aid teaching, 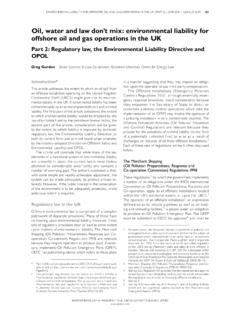 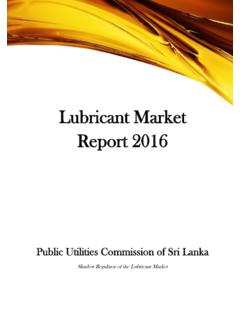 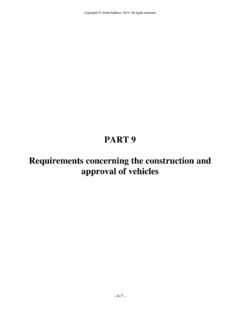 - 621 - The conformity of the vehicle shall be certified by the issue of a certificate of approval in accordance with 9.1.3. When vehicles are required to be fitted with an endurance braking system, the manufacturer