3 Also, the report, for the first time estimates the total global burden of disease attributed to toxic Pollution from industrial sites in these countries. It establishes the global burden of disease from toxic Pollution as on par with better-known public health Problems such as malaria and tuberculosis. Previous world 's Worst Pollution reports have ranked Pollution sources by the potential number of people at risk (2010) and created disease burden estimates for location-specific case studies (2011). This year's report is the first attempt at creating a widespread estimate of disease burden attributable to toxic Pollution from industrial sources. Previous estimates from these reports indicated that the at-risk population was in the range of 100 million people. Over the past year Blacksmith Institute's extended efforts in new countries identified hundreds of more toxic Pollution sites.

4 Based on this work, we are certain that the types of issues we look at affect millions more than we could previously confirm. It is important to note that this number is necessarily an underestimate of some magnitude and we anticipate these numbers growing significantly as more sites are identified. Based on Blacksmith Institute's investigations and observations, as well as the research of others, it is clear that the impact on health in low and middle income countries from these sites is very significant and likely higher than in the developed world . 4 The world 's Worst Pollution Problems 2012. There are several general underlying reasons for this: Poor regulation and oversight of those industries using hazardous substances and generating hazardous wastes Poor practices for control of hazardous wastes and emissions, coupled often with poor or no technology for management and treatment of wastes and emissions The presence of hazardous industries close to or within densely populated areas The local communities and industry operators limited understanding of the potential health impacts from exposure to hazardous wastes and emissions.

5 The large role of small-scale enterprises in emitting toxic substances. These operations are often in the informal economy and have limited financial resources to implement best practices. This year's report extrapolates from Blacksmith Institute's existing database of contaminated sites and creates a Top Ten List of Industrial Sources ranking industries based on the contribution of toxic pollutants to the global burden of disease. The sources of industrial pollutants presented in the 2012 report are placed in broad categories used by the Blacksmith Institute's database and may differ slightly in name only from past reports. All source types are comparable to past reports. Top Ten List by DALY. (Disability-Adjusted Life Year) Blacksmith Institute found that the public Rank Industry DALYs health impact of industrial pollutants, measured in DALYs, is the same or higher 1.

7 AIDS, tuberculosis and malaria. The striking fact is that international and local government action on these disease burdens greatly outpaces the attention given to toxic sites; which, as demonstrated in this report, contribute greatly to the global burden of disease. 5. Introduction About the Report The 2012 world 's Worst Pollution Problems Report sets out to quantify the human health impacts from major sources of hazardous Pollution in low to middle-income countries. In particular the focus is on sites in the developing world where toxic Pollution has occurred because of industrial This evaluation of industries and pollutants is based on data collected by the Blacksmith Institute and Green Cross Switzerland through investigations of Pollution hotspots around the world , principally abandoned ( legacy . or orphan ) sites and informal artisanal activities.

8 This report is compiled using analysis of the Blacksmith Institute's site database and a review of industry research, statistics and peer-reviewed studies. In 2011, the Blacksmith Institute and Green Cross Switzerland published a report that began to quantify the burden of disease from industries using a single site, beginning the process of measuring health impacts. This report revisits that process but goes a step further. Using additional data the 2012 report estimates the total health impact from toxic industrial pollutants in 49 countries in the developing world , extrapolating health impacts to provide a better understanding of the true scope of the issue. Within the last year the Blacksmith Institute has investigated and analyzed hundreds of additional sites around the world and initiated in depth research on the process of estimating the global burden of disease from hazardous waste That information and research has produced increasingly more accurate estimates that get closer to reflecting the impact of toxic substances on people in the developing world .

9 The goal of this report is to identify and quantify the contribution to the global burden of disease of the most significant pollutants and industry sectors in low and middle-income countries. Scope of the problem Blacksmith Institute currently estimates that the health of some 125 million people is at risk from toxic Pollution globally. Previous estimates had indicated that this number was in the range of 100 million, but the investigation of hundreds of additional sites over the past year has expanded the estimation of the impact. Hazardous waste sites in the and around the developed world have been extensively documented and are now closely monitored by national agencies such as the Environmental Protection Agency (EPA). Similarly, mining and industrial processes and their related wastes and emissions are typically tightly 1 Neither this report nor Blacksmith Institute evaluates all forms of hazardous Pollution .

10 Many serious forms of hazardous Pollution , such as indoor air Pollution and carbon Pollution are not addressed in the report and are outside the scope of Blacksmith's work. 2 Ericson et al 2012. Approaches to systematic assessment of environmental exposures posed at hazardous waste sites in the developing world : the toxic sites identification program. Environ. Monit. Assessment, May 17. (Epub ahead of print). Environmental Monitoring and Assessment. 6 The world 's Worst Pollution Problems 2012. regulated. However, in the developing world , the prevalence of hazardous pollutants and their resulting health impacts have generally not been investigated in depth. There are many toxic contamination sites from previous industrial or mining activities as well as many active industrial and mining sites that continue to pollute the surrounding environment. 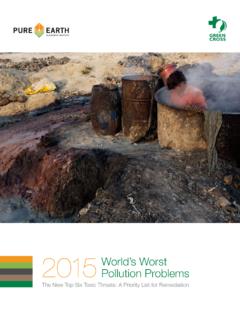 Pollution Problems,” has been reported on widely from the New York Times to National Geographic and the Times of India. It has been downloaded thousands of times from our servers. In this ... focus on water, air and soil pollution. We expect to see some good results here. Elsewhere, UNEP has spearheaded the ... 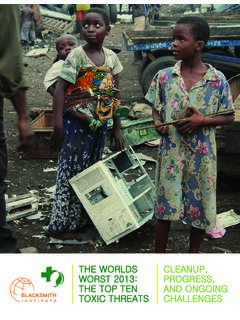 4 I BLACKSMITH INSTITUTE GREEN CROSS THE WORLDS TOP TEN TOXIC THREATS IN 2013 | 5 This 2013 report is the eighth in an annual series of reports released by Green Cross Switzerland and Blacksmith Institute. Previous reports have high- 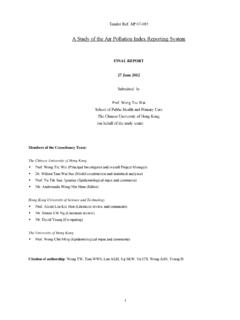 A Study of the Air Pollution Index Reporting System 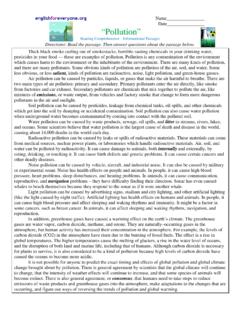 Questions: 1) What is an example of air pollution? A. Smoke from factories B. Exhaust from traffic C. Oil from oil spills D. Noise from traffic 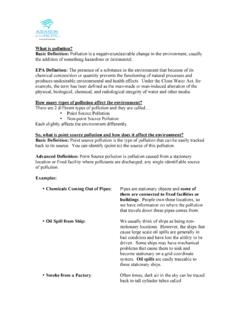 smokestacks that are stationary parts of buildings. If you follow the trail of the dark air back to the smoke stack, then you will find out who is causing the pollution.

What, Pollution, What is pollution

What causes poor indoor air quality? Outdoor sources of pollution, in some cases, can affect IAQ when they migrate indoors thru open doors and windows