Theory of Decision under Uncertainty - …

1 Preface The following are lecture notes for a graduate level class in decision under uncertainty. After teaching such classes for many years, it became more di ﬃ-

8 253. Empirical similarity and objective probabilities .. 257. 21 Future Research 262. 22 References 264. 5. 1 Preface The following are lecture notes for a graduate level class in Decision under Uncertainty . After teaching such classes for many years, it became more di - cult to squeeze all the material into class discussions, and I was not quite sure about the appropriate order in which the issues should be presented. Trying to put everything in writing, and thereby finding at least one permutation of topics that makes sense, is supposed to help me forget less and confuse the students less. As a by-product, the notes may be useful to students who miss classes, or who wish to know what the course is about without having to show up every week.

9 The graduate classes I normally teach are geared towards students who want to do research in economics and in related fields. It is assumed that they have taken a basic microeconomic sequence at the graduate level. In teaching the class, I hope that I can convince some students that Decision Theory is a beautiful topic and that this is what they want to do when they grow up. But I'm fully aware of the fact that this is not going to be the majority of the students. I therefore attempt to teach the course with a much more general audience in mind, focusing on the way that Decision Theory may a ect the research done in economics at large, as well as in finance, political science, and other fellow disciplines.

10 The present notes contain relatively few proofs. Interested students are referred to books and papers that contain more details. The focus here is on conceptual issues, where I find that each teacher has his or her own interpretation and style. The mathematical results are a bit like musical notes they are written, saved, and can be consulted according to need. By contrast, our presentation and interpretation of the results are akin to the performance of a musical piece. My focus here is mostly on the interpretation I like, on how I would like to perform the Theory , as it were. I comment on proofs mostly when I feel that some intuition may be gained from them, and that it's important to highlight it. 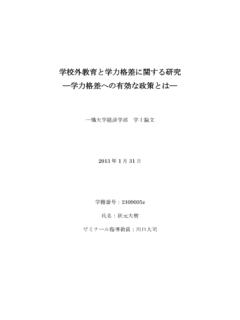