Time Series Analysis and Its Applications: With R Examples ...

Applications, Analysis, Series, With, Example, Series analysis and its applications

2 Use in connection with any form of information storage and retrieval, electronic adaptation, computer software, or by similar or dissimilar methodology now known or hereafter developed is forbidden. The use in this publication of trade names, trademarks, service marks, and similar terms, even if they are not identified as such, is not to be taken as an expression of opinion as to whether or not they are subject to proprietary rights. Printed on acid-free paper Springer is part of Springer Science+Business Media ( ). To my wife, Ruth, for her support and joie de vivre, and to the memory of my thesis adviser, Solomon Kullback. To my family and friends, who constantly remind me what is important.

3 Preface to the Third Edition The goals of this book are to develop an appreciation for the richness and versatility of modern time Series Analysis as a tool for analyzing data, and still maintain a commitment to theoretical integrity, as exemplified by the seminal works of Brillinger (1975) and Hannan (1970) and the texts by Brockwell and Davis (1991) and Fuller (1995). The advent of inexpensive powerful computing has provided both real data and new software that can take one considerably beyond the fitting of simple time domain models, such as have been elegantly described in the landmark work of Box and Jenkins (1970). This book is designed to be useful as a text for courses in time Series on several different levels and as a reference work for practitioners facing the Analysis of time- correlated data in the physical, biological, and social sciences.

4 We have used earlier versions of the text at both the undergraduate and graduate levels over the past decade. Our experience is that an undergraduate course can be accessible to students with a background in regression Analysis and may include , , the results and numerical parts of . , and briefly the results and numerical parts of At the advanced undergraduate or master's level, where the students have some mathematical statistics background, more detailed coverage of the same sections, with the inclusion of and extra topics from Chapter 5 or Chapter 6 can be used as a one-semester course. Often, the extra topics are chosen by the students ac- cording to their interests. Finally, a two-semester upper-level graduate course for mathematics, statistics, and engineering graduate students can be crafted by adding selected theoretical appendices.

5 For the upper-level graduate course, we should mention that we are striving for a broader but less rigorous level of coverage than that which is attained by Brockwell and Davis (1991), the classic entry at this level. The major difference between this third edition of the text and the second edition is that we provide R code for almost all of the numerical Examples . In addition, we provide an R supplement for the text that contains the data and scripts in a compressed file called ; the supplement is available on the website for the third edition, , viii Preface to the Third Edition or one of its mirrors. On the website, we also provide the code used in each example so that the reader may simply copy-and-paste code directly into R.

6 Specific details are given in Appendix R and on the website for the text. Appendix R is new to this edition, and it includes a small R tutorial as well as providing a reference for the data sets and scripts included in So there is no misunderstanding, we emphasize the fact that this text is about time Series Analysis , not about R. R code is provided simply to enhance the exposition by making the numerical Examples reproducible. We have tried, where possible, to keep the problem sets in order so that an instructor may have an easy time moving from the second edition to the third edition. However, some of the old problems have been revised and there are some new problems. Also, some of the data sets have been updated.

7 We added one section in Chapter 5 on unit roots and enhanced some of the presenta- tions throughout the text. The exposition on state-space modeling, ARMAX. models, and (multivariate) regression with autocorrelated errors in Chapter 6. have been expanded. In this edition, we use standard R functions as much as possible, but we use our own scripts (included in ) when we feel it is necessary to avoid problems with a particular R function; these problems are discussed in detail on the website for the text under R Issues. We thank John Kimmel, Executive Editor, Springer Statistics, for his guid- ance in the preparation and production of this edition of the text. We are grateful to Don Percival, University of Washington, for numerous suggestions that led to substantial improvement to the presentation in the second edition, and consequently in this edition.

8 We thank Doug Wiens, University of Alberta, for help with some of the R code in Chapters 4 and 7, and for his many sug- gestions for improvement of the exposition. We are grateful for the continued help and advice of Pierre Duchesne, University of Montreal, and Alexander Aue, University of California, Davis. We also thank the many students and other readers who took the time to mention typographical errors and other corrections to the first and second editions. Finally, work on the this edition was supported by the National Science Foundation while one of us ( ). was working at the Foundation under the Intergovernmental Personnel Act. Davis, CA Robert H. Shumway Pittsburgh, PA David S.

2 Introduction About This Handbook This HP 12C Platinum Solutions Handbook has been designed to supplement the HP 12C Platinum Owner's Handbook by providing a variety of applications in the financial area. Programs and/or step-by-step keystroke procedures with corresponding examples in each

Welcome At EY, we describe megatrends as large, transformative global forces that de ﬁ ne the future by having a far-reaching impact on business, economies, industries, 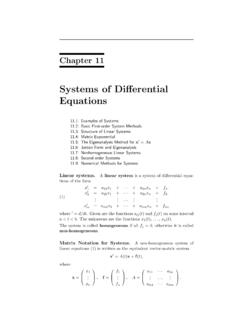 522 Systems of Diﬀerential Equations Let x1(t), x2(t), x3(t) denote the amount of salt at time t in each tank. We suppose added to tank A water containing no salt. Therefore, the salt in all the tanks is eventually lost from the drains. 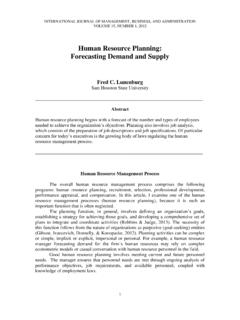 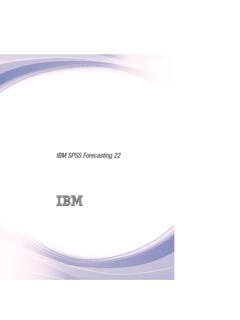 Note Before using this information and the product it supports, read the information in “Notices” on page 33. Product Information This edition applies to version 22, release 0, modification 0 of IBM SPSS Statistics and to all subsequent releases and

Forecasting life expectancy, years of life lost, and all ...