TO REACH THE PINNACLE OF GLORY AS A CENTRE …

19-02-2016 GGGNNNIIIPPPSSSTTT BBBUUULLLLLLEEETTTIIINNN 22200011166619th February, 2016 Volume No.: 53 Issue No.: 01 Vision TO REACH THE PINNACLE OF GLORY AS A CENTRE OF EXCELLENCE IN THE FIELD OF pharmaceutical AND biological SCIENCES BY KNOWLEDGE BASED LEARNING AND PRACTICE Contents Message from PRINCIPAL Editorial board Historical article News Update Knowledge based Article Disease Related BreakingNews Upcoming Events Drugs Update Campus News Student s Section Editor s Note ArchiveGNIPST Photo Gallery For your comments/contribution OR For Back-Issues, GURU NANAK INSTITUTE OF pharmaceutical SCIENCE AND TECHNOLOGY W e bs i t e : ht t p: / / gni ps t. a c. i n 19-02-2016 MESSAGE FROM PRINCIPAL "It can happen. It does happen. But it can't happen if you quit." Lauren Dane. We are what we repeatedly do.

1 19-02-2016 GGGNNNIIIPPPSSSTTT BBBUUULLLLLLEEETTTIIINNN 22200011166619th February, 2016 Volume No.: 53 Issue No.: 01 Vision TO REACH THE PINNACLE OF GLORY AS A CENTRE OF EXCELLENCE IN THE FIELD OF pharmaceutical AND biological SCIENCES BY KNOWLEDGE BASED LEARNING AND PRACTICE Contents Message from PRINCIPAL Editorial board Historical article News Update Knowledge based Article Disease Related BreakingNews Upcoming Events Drugs Update Campus News Student s Section Editor s Note ArchiveGNIPST Photo Gallery For your comments/contribution OR For Back-Issues, GURU NANAK INSTITUTE OF pharmaceutical SCIENCE AND TECHNOLOGY W e bs i t e : ht t p: / / gni ps t. a c. i n 19-02-2016 MESSAGE FROM PRINCIPAL "It can happen. It does happen. But it can't happen if you quit." Lauren Dane. We are what we repeatedly do.

2 Excellence then is not an act, but a habit. Aristotle It gives me immense pleasure to pen a few words for our e- bulletin . At the onset I would like to thank the last year s editors and congratulate the newly selected editors for the current year. Our first consideration is always in the best interest of the students. Our goal is to promote academic excellence and continuous improvement. I believe that excellence in education is aided by creating a learning environment in which all learners are supported in maximizing their potential and talents. Education needs to focus on personalized learning and instruction, while promoting an education system that is impartial, universally accessible, and meeting the needs of all students. It is of paramount importance that our learners have sufficient motivation and encouragement in order to achieve their aims. We are all very proud of you, our students, and your accomplishments and look forward to watching as you put your mark on the profession in the years ahead.

3 The call of the time is to progress, not merely to move ahead. Our progressive Management is looking forward and wants our Institute to flourish as a Post Graduate Institute of Excellence. Steps are taken in this direction and fruits of these efforts will be received by our students in the near future. Our Teachers are committed and dedicated for the development of the institution by imparting their knowledge and play the role of facilitator as well as role model to our students. The Pharmacy profession is thriving with a multitude of possibilities, opportunities and positive challenges. At Guru Nanak Institute of pharmaceutical Science and Technology, our focus is on holistic needs of our students. I am confident that the students of GNIPST will recognize all the possibilities, take full advantage of the opportunities and meet the challenges with purpose and determination.

4 Excellence in Education is not a final destination, it is a continuous walk. I welcome you to join us on this path. My best wishes to all. Dr. A. Sengupta Click here to go at the top 11 19-02-2016 EDITORIAL BOARD CHIEF EDITOR DR. ABHIJIT SENGUPTA EDITOR MS. JEENATARA BEGUM ASSOCIATE EDITOR MR. DIPANJAN MANDAL HISTORICAL ARTICLEH enry Moseley 1887 1915 Henry Moseley was an outstandingly skilled experimental physicist. In 1913 he used self-built equipment to prove that every element s identity is uniquely determined by the number of protons it has. His discovery enabled him to predict confidently the existence of four new chemical elements, all of which were found. Early Life and Education Henry Gwyn Jeffreys Moseley was born in the town of Weymouth, England, on November 23, 1887. His parents were both from well-educated families. His father, who was also named Henry, was a professor of anatomy and physiology.

5 His mother, Amabel, was the daughter of a barrister who had changed careers to become a mollusc biologist. Henry Moseley was educated in private schools. His first school was Summer Fields School an elementary school. There he won a scholarship for Eton College, which is probably Britain s most prestigious high school. Some time after arriving at Eton he decided the school s physics lessons were too easy, so he worked on the subject independently. Aged 18, he won Eton s physics and chemistry prizes. Already a high achiever, he was admitted in 1906 to the University of Oxford s Trinity College, where he studied physics. There he disappointed himself. He was suffering badly from hayfever when he Click here to go at the top 22 19-02-2016 sat his final exams. He got a second class honors degree in physics, not the first he had hoped for and expected.

6 The Atomic Battery Working in Rutherford s group, it was inevitable that Moseley would work with radioactive chemical elements. After becoming familiar with the field, he went beyond experiments others had thought of and came up with his own particular twist. In 1912 he attempted to use high positive voltages to pull beta particles (high energy electrons) back into their radioactive source. (This sounds like a fun sort of thing anyway, but Moseley hoped to use the results to shed light on one of the predictions of Albert Einstein s special theory of relativity: that mass increases with velocity.) He tried to pull the beta particles back by insulating their radioactive source (radium) so that it would become increasingly positive as the beta particles carried negative charge away. If the radium could REACH an electric potential of one million volts, then even the most energetic beta particles would be pulled back into the source as they were emitted.

7 Unfortunately, the high degree of perfection needed in insulating the radium could not be achieved, so one million volts could not be reached. However, by generating voltages (about 150,000 volts) on a radioactive source, Moseley actually created the world s first atomic battery a beta cell. He called it a radium battery. Today, atomic batteries are used where long battery life is crucial, such as in cardiac pacemakers and spacecraft. Antonius van den Broek s Hypothesis In 1911 Antonius van den Broek had published his hypothesis that atomic number which at this time was simply the position of an element in the periodic table might actually be equal to the amount Click here to go at the top 33 19-02-2016 of charge in the atom s nucleus. There was, however, no experimental evidence to prove this hypothesis. Enter Henry Moseley! Shooting Electrons at the Elements Moseley had learned from William and Lawrence Bragg that when high-energy electrons hit solids such as metals, the solids emit X-rays.

8 This intrigued Moseley, who wondered if he could study these X-rays to learn more about what goes on inside atoms; he had van den Broek s hypothesis in mind specifically. He moved back to Oxford in 1913. Rutherford had offered him a new fellowship at Manchester on better terms, but Moseley decided the best path for his career would be to get experience in several different laboratories. There was no fellowship open at Oxford, but Moseley believed one was coming up. He was given laboratory space, but had to self-fund his work. In a very small amount of time he personally put together experimental apparatus to shoot high-energy electrons at different chemical elements and measure the wavelength and frequencies of the resulting X-rays. He discovered that each element emits X-rays at a unique frequency. He also found he could get a straight line graph by plotting the square-root of X-ray frequency against elements atomic numbers.

9 Startlingly, Moseley realized that his work had confirmed van den Broek s hypothesis. His data made most sense if the positive charge in the atomic nucleus increased by exactly one unit as you look from one element to the next in the periodic table. In other words, he discovered that an element s atomic number is identical to how many protons it has. Click here to go at the top 44 19-02-2016 New Method of Identifying Elements As if his explanation of the periodic table were not enough, Moseley had also discovered a new non-destructive method to find out which elements are present in any sample: you bombard the sample with high-energy electrons and look at the frequencies of the resulting X-rays. These X-rays are as good as a fingerprint for any elements present in the sample. At the time, this was a particularly welcome technique for rare-earth chemists, who had found their work becoming almost nightmarish.

10 The rare-earth metals behave so similarly that to analyze a sample containing these elements could take years of work. Moseley could now do it in minutes! X-ray spectroscopy is now used in laboratories all over the world. It is also used to study other worlds, such as Mars. The End In 1914 Rutherford and Bragg recommended to the University of Oxford that Moseley should be appointed to a chair of physics that was becoming vacant there. Moseley, however, had other ideas. When World War 1 began in 1914 he enlisted as a volunteer in the British Army s Royal Engineers. His family pleaded with him to continue his scientific research, and the army was reluctant to accept him. Moseley had to fight hard to get into the army. Second Lieutenant Henry Moseley was killed in battle at the age of 27 in Gallipoli, Turkey on August 10, 1915. His grave is located on Turkey s Gallipoli Peninsula. 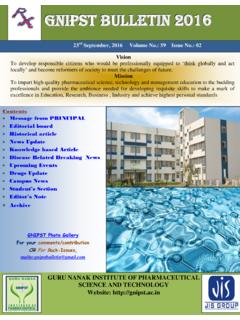 23-09-2016 . locally’ and become reformers of soci • mailto:gnipstbulletin@gmail.com. GNIPST BULLETIN 2016 23rd September, 2016 Volume No.: 59 Issue No.: 02 Vision To develop responsible citizens who would be professionally equipped to … 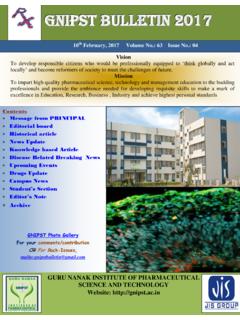 2-2017 . 10-0. locally’ and become reformers of society to meet the challenges of future. • mailto:gnipstbulletin@gmail.com. GNIPST BULLETIN 2017 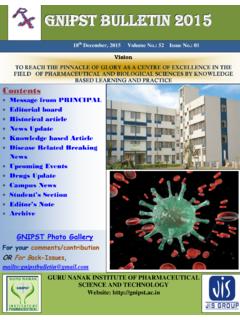 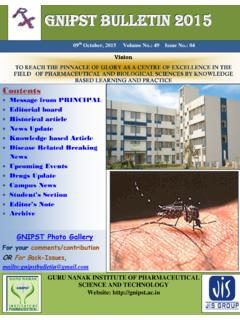 TO REACH THE PINNACLE OF GLORY AS A CENTRE … 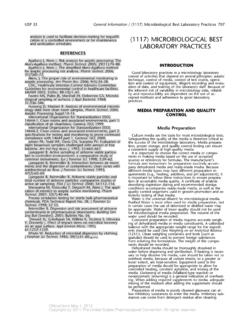 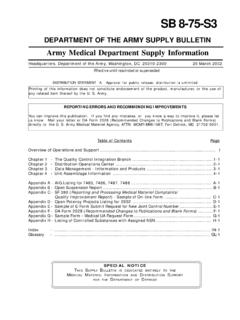 DEPARTMENT OF THE ARMY SUPPLY BULLETIN 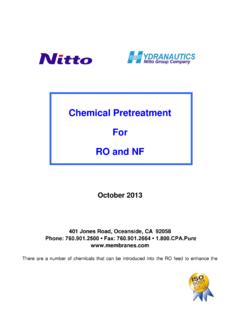 Chemical Pretreatment For RO and NF

Technical Application Bulletin No. 111 Page 3 of 16 (as evidenced by the liming of a tea kettle), higher pH, higher calcium concentration, and higher 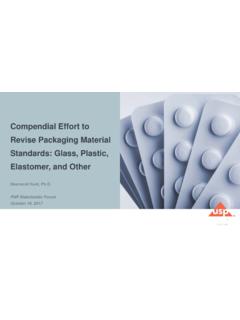 • Plastic • Plastic Materials of Construction - <661.1> • Plastic Packaging System for Pharmaceutical Use - <661.2> • Plastic Component and Systems Used in the Manufacturing of a Drug Product - <665>

On 5 December 2011 the Prime Minister announced a new Strategy for UK Life Sciences. The announcement was accompanied by a Department for Business, Innovation and Skills report which set out proposed activity to help ensure the 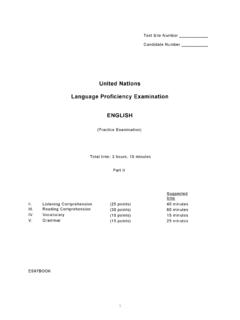