The toll From Coal An Updated assessment of Death and Disease from America's Dirtiest Energy Source SEPTEMBER 2010. Founded in 1996, the Clean Air Task Force is a nonprofit organization dedicated to restoring Clean air and healthy environments through scientific research, public education, and legal advocacy. MAIN OFFICE OTHER LOCATIONS. 18 Tremont Street Brunswick, ME. Suite 530 Carbondale, IL. Boston, MA 02108 Columbus, OH. Washington, DC. Beijing, China CATF: toll From Coal Page 2 of 16. Acknowledgements This work was made possible through the generous support of the Energy Foundation. The study benefited from the work of a number of colleagues and consultants including Theo Spencer and Peter Altman at the Natural Resources Defense Council. The interactive web portion of this work was constructed by Zev Ross of Zev Ross Spatial Analysis. Written by: Conrad Schneider and Jonathan Banks, CATF. Edited by: Marika Tatsutani Technical Assistance: David Schoengold, MSB Energy Associates September 2010.

1 The toll From Coal An Updated assessment of Death and Disease from America's Dirtiest Energy Source SEPTEMBER 2010. Founded in 1996, the Clean Air Task Force is a nonprofit organization dedicated to restoring Clean air and healthy environments through scientific research, public education, and legal advocacy. MAIN OFFICE OTHER LOCATIONS. 18 Tremont Street Brunswick, ME. Suite 530 Carbondale, IL. Boston, MA 02108 Columbus, OH. Washington, DC. Beijing, China CATF: toll From Coal Page 2 of 16. Acknowledgements This work was made possible through the generous support of the Energy Foundation. The study benefited from the work of a number of colleagues and consultants including Theo Spencer and Peter Altman at the Natural Resources Defense Council. The interactive web portion of this work was constructed by Zev Ross of Zev Ross Spatial Analysis. Written by: Conrad Schneider and Jonathan Banks, CATF. Edited by: Marika Tatsutani Technical Assistance: David Schoengold, MSB Energy Associates September 2010.

2 COVER IMAGE: December 28, 2007. Image by Nick Humphries , via Flickr Creative Commons CATF: toll From Coal Page 3 of 16. EXECUTIVE SUMMARY. Among all industrial sources of air pollution, none poses greater risks to human health and the environment than coal-fired power plants. Emissions from coal- fired power plants contribute to global warming, ozone smog, acid rain, regional haze, and perhaps most consequential of all from a public health standpoint . fine particle pollution. In 2000 and again in 2004, the Clean Air Task Force commissioned comprehensive studies of health impacts caused by fine particle air pollution from the nation's roughly 500 coal-fired power plants. Each study incorporated the latest scientific findings concerning the link between air pollution and public health, as well as up-to-date emissions information. Both found that emissions from the power sector cause tens of thousands of premature deaths each year and hundreds of thousands of heart attacks, asthma attacks, emergency room visits, hospital admissions, and lost workdays.

3 This study provides a new update on the burden of death and disease from coal-based electricity production across the United States. Estimated impacts are based on projected power sector emissions in 2010. As in our 2000 and 2004 reports, Clean Air Task Force commissioned Abt Associates to conduct the analysis for this study. Abt Associates developed estimates of health impacts using a well-established and extensively peer-reviewed methodology that has been approved by both the Environmental Protection Agency's (EPA's) Science Advisory Board and the National Academy of Sciences (NAS). In fact, the same methodology has provided the basis for regulatory impact analyses in the context of recent EPA. rulemakings. Results from this latest assessment indicate that although coal plant emissions of key particle-forming pollutants like sulfur dioxide (SO2) and nitrogen oxides (NOx) have declined significantly over the last several years, existing plants remain among the top contributors to fine particle pollution in the United States.

4 As a result, their emissions continue to take a significant toll on the health and longevity of millions of Americans. Specifically, Abt Associate's analysis finds that fine particle pollution from existing coal plants is expected to cause nearly 13,200 deaths in 2010. Additional impacts include an estimated 9,700 hospitalizations and more than 20,000 heart attacks per year. The total monetized value of these adverse health impacts adds up to more than $100 billion per year. This burden is not distributed evenly across the population. Adverse impacts are especially severe for the elderly, children, and those with respiratory disease. In addition, the poor, minority groups, and people who live in areas downwind of multiple power plants are likely to be disproportionately exposed to the health risks and costs of fine particle pollution. These figures take into account emissions reductions from regulatory changes that have happened since 2004, when the Clean Air Task Force last sponsored a comprehensive assessment of adverse health impacts from the CATF: toll From Coal Page 4 of 16.

5 Fleet of existing coal-fired power plants. In 2005, EPA issued the Clean Air Interstate Rule (CAIR), which was designed to achieve further reductions in SO2 and NOx emissions from power plants in the eastern United States. CAIR was subsequently challenged and ultimately struck down in federal court in 2008 for failing to conform to aspects of the Clean Air Act, but the court has allowed the CAIR requirements to remain in place until EPA can issue a replacement rule. For the purposes of this reanalysis of health impacts from the nation's existing power plants, Abt Associates assumed that a regulation as stringent as the CAIR rule would be in place in 2010. Comparing estimated health impacts from the 2004 analysis and this updated assessment serves to underscore the direct link between reduced power plant emissions and substantial public health benefits. For example, Abt Associates' estimate of 13,200 deaths from fine particle pollution in 2010.

6 Compares to an estimate of nearly 24,000 deaths per year from existing plants in the 2004 study. Similar public health gains are evident in the estimated incidence of other adverse impacts including hospital admissions (9,700 in 2010 compared to 21,850 in 2004) and heart attacks (20,400 in 2010 compared to 38,200 in 2004). The improvements in public health Jobs and Public Health estimated by Abt Associates are Reducing air pollution from the nation's power consistent with plants is not just good for public health; it is also observed reductions good for the nation's economy. Pollution control in national sulfur technologies, such as scrubbers for SO2, are large dioxide emissions projects that require a tremendous amount of since 2004. Over skilled labor and materials. Since 2004 roughly that period of time, 130 scrubbers have been installed at existing sulfur dioxide power plants. The average scrubber requires emissions nationally fell from million 380,000 man-hours or 200 person-years to tons in 2004 to complete.

7 Each scrubber installation can take million tons in roughly 2 years to complete which means roughly These 100 people working over this period. These jobs reductions largely are both engineering and management jobs as resulted from the well as jobs for boilermakers and other skilled addition of over 130. flue gas desulfurization (FGD) (also known as scrubbers ) installations on coal-fired units, mostly in the eastern These scrubbers were installed as a result of the combination of the Clean Air Interstate Rule (CAIR), federal and state enforcement of the New Source Review (NSR) provisions of the Clean Air Act, and state power plant Clean up laws. These actions are responsible for saving nearly 11,000 lives per year and demonstrate that judicious use of the Clean Air Act offers a powerful solution to power plant pollution. CATF: toll From Coal Page 5 of 16. These results not only point to the necessity of preserving emissions reductions mandated under CAIR, but the need for even stronger measures to further mitigate the still unacceptably high burden of death and disease from coal-fired power plants going forward.

8 With a national commitment to deploy the most advanced pollution control technologies, implement cost- effective efficiency improvements, and steadily increase the use of inherently cleaner sources of electricity, the opportunity exists to save thousands more lives and avert costly health impacts due to power sector emissions. SO2 and NOx Emissions From Power Plants (tons). 12,000,000. 10,000,000. 8,000,000. 6,000,000 SO2. 4,000,000 NOx 2,000,000. 0. 2004 2005 2006 2007 2008 2009. Figure 1. Source: EPA. Specifically, to reduce the death and disease associated with power plant- related particulate matter pollution from SO2 and NOx, EPA should strengthen and finalize the recently proposed Transport Rule to replace the judicially invalidated Clean Air Interstate Rule. Stronger regional caps on SO2 and NOx pollution are achievable and cost effective and would reflect both the progress made and the performance of the most recent pollution control In the last five years, emissions control equipment installed at power plants around the country (flue gas desulfurization or FGD for SO2 and selective catalytic reduction or SCR for NOx reduction).

9 Have helped coal plants achieve reductions in their emission rates of SO2 and NOx by an average of 72 percent and 74 percent The result has been a reduction in SO2 and NOx pollution by almost half without noticeably affecting electricity prices or bills, natural gas prices, or the reliability of the power system. Over the years; however, implementation of the Clean Air Act has often been stalled due to lawsuits and other delays. To preserve the recent emission reductions, speed further reductions, avoid years of costly litigation delay from industry challenges to these regulations, and offer certainty with respect to environmental objectives and costs, CATF supports efforts in Congress to set a more protective national cap on power plant SO2 emissions CATF: toll From Coal Page 6 of 16. at 2 million tons per year in 2015 and million tons per year in 2018. This same proposal would establish a national power plant NOx cap at million tons in 2015.

10 CATF has testified in support of strengthening and passing this legislation that, if enacted, would prevent tens of thousands of premature deaths, heart attacks and other health How do the numbers compare to EPA's? EPA in its Transport Rule proposal estimates that the rule will prevent the deaths of 14,000 to 36,000 people annually from power plant pollution starting in 2014. How does this estimate compare to CATF's estimate in this report that power plant pollution is causing the premature deaths of 13,200 people in 2010? The answer gets to the heart of why we need a strong Clean Air Transport Rule. First, remember that one of the steps that has reduced emissions from power plants since our 2004 report rests on shaky legal ground. Some of the reductions were driven by the Clean Air Interstate Rule (CAIR), which the court struck down in 2008. In the proposed Regulatory Impact Analysis of the Transport Rule, EPA had to assume that the CAIR does not exist. 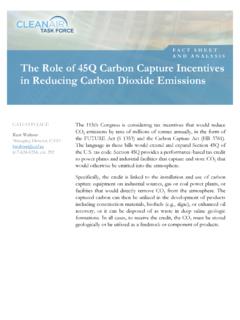 Page 1 of 2 Agency Use Only [If applicable] Project: Date: Short Environmental Assessment Form Part 2 - Impact Assessment Part 2 is to be completed by the Lead Agency. Answer all of the following questions in Part 2 using the information contained in Part 1 and other materials submitted by 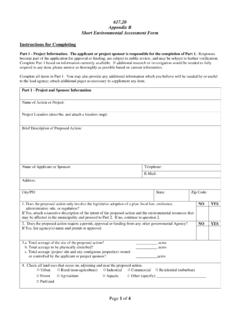 Page 1 of 4 617.20 Appendix B Short Environmental Assessment Form Instructions for Completing Part 1 - Project Information. The applicant or project sponsor is responsible for the completion of Part 1. 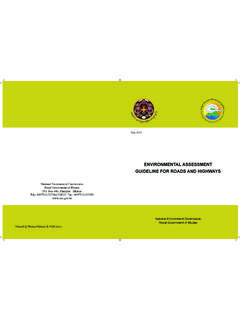