TOO BIG TO FAIL - ScreenplayStory.com

TOO BIG TO FAIL 1934 BLACK AND WHITE NEWSREEL CROWDS of DESPERATE MEN throng the streets outside the NEW YORK STOCK EXCHANGE in October, 1929. BOOMING ANNOUNCER

Fail, Too big to fail

3 But Wall Street's tycoons won't take THIS lying down! Here's Richard Whitney, PRESIDENT of the NEW. YORK Stock Exchange! RICHARD WHITNEY stands at a podium; reading stiffly. WHITNEY. Business leaders are united in opposing this misguided bill. The immediate and necessary effect of its enactment will be a renewed deflation of security prices and a dislocation of business nationwide-- RRRRP! The film TEARS and suddenly we're looking A BLUE, BLUE FLORIDA SKY. Dotted with puffy clouds. So perfect it almost looks like a dream. TITLES DRIFT PAST as an UPBEAT CHA-CHA begins.

4 2. UNDER THE NEW ERA OF FINANCIAL REGULATION. THE UNITED STATES HAD SIXTY YEARS OF. PROSPERITY. THE CRASH OF 1929 AND THE DEPRESSION WERE. DISTANT IN THE 1990S, UNDER BOTH DEMOCRATIC AND. REPUBLICAN THE DEPRESSION-ERA BANKING LAWS WERE. AND FINALLY UNLEASHING AN EVEN GREATER BOOM. PALM TREES zig zag into frame. EXT. BRAND NEW FLORIDA MCMANSION - 2006 - DAY. SHINY SUVS parked on the swall. Following POTENTIAL BUYERS. headed inside, passing the listing agent's smiling mug on a REAL ESTATE COMPANY SIGN. INT. BRAND NEW FLORIDA MCMANSION - DAY. Tall ceilings. Hardwood floors.

5 Sweeping staircase. We GLIDE past knots of BUYERS consulting day-glo jacketed REAL. ESTATE AGENTS, catching snatches of conversation. POTENTIAL BUYERS. Granite multiple waive buy and Landing on a WORRIED COUPLE listening to their BUYER'S AGENT. BUYERS' AGENT. Seven hundred is a psychological barrier. Coming in over asking makes a statement. BUYER HUSBAND. We can't do seven ten. We just can't. BUYERS' AGENT. This quality house, this neighborhood, this school. The market is hot, hot, hot. Can you afford eighteen hundred a month? (off their confusion). Rates just came down again.

6 The husband and wife stand even closer to each other. It almost sounds too good to be true. BUYERS' AGENT (CONT'D). I'll introduce you to my mortgage broker. Things get tight they'll even let you skip a month -- it's called a flex payment plan.. 3. BUYER WIFE. What happens when the low rate expires? BUYERS' AGENT. You refinance. That's what everybody does. Can you afford it? Bank says yes. Who are we to disagree? The couple look at each other -- thrilled that the American dream is coming true for them. Off this inspiring INT. MORTGAGE BROKER - DAY. A nice view of the Miami skyline.

7 The CHA-CHA beat continues as the couple finishes signing their application and hands it over to a MORTGAGE BROKER. Following the paperwork as the broker takes it through the busy office to a FAX MACHINE. The machine's parked beneath a LEADER BOARD for the salespeople and the slogan: FINANCE. MORE! CLOSING IN on the application sliding into the VIDEO -- CNBC. So TIGHT that the pixels are abstract blinking lights. PULLING BACK until they resolve into charts slanting UPWARD. Tickers: RECORD PROFITS! RECORD EARNINGS! EXPERTS in split- screen vie to top each other with rosy predictions.

8 It's 2006 -- the peak of the US housing bubble. Now comes the babbling of EXCITED VOICES and LAUGHTER, phones BUZZING and slamming down. INT. LEHMAN FIXED INCOME TRADING FLOOR - 2006 - DAY. Throbbing with focused activity. We spot some grey hairs here and there. A few women. But, face it, this is a testosterone-soaked young white man's world. Landing on a YOUNG TRADER. Pudgy-faced, Bronx accent. He works a call while tap-tapping on his Bloomberg terminal. YOUNG TRADER (ON PHONE)..that the best you can do for me, you pie-faced jagoff? Okay, tell your client he's buying into 15,000 US mortgages -- rated AAA.

9 That's all he needs to know. Okay! Closed at 15! As he hangs up, a FLOOR ASSISTANT in a pencil skirt passes. She pauses just long enough to say: TRADING FLOOR ASSISTANT. You're up. Whatever this means, the trader has been waiting for it. A. couple of other TRADERS glance over as he hangs up and ambles up the trading floor, heading for a GLASSED-IN OFFICE. 4. INT. GLASSED-IN TRADING FLOOR OFFICE - 2006 - CONTINUOUS. The FLOOR MANAGER stays poker-faced as the trader enters. FLOOR MANAGER. So there he is! You had a pretty damn good year, you know that right? Here's what we decided.

10 With a handshake, he gives the trader a sealed envelope. Now we're in SLOW MOTION as the UPBEAT CHA-CHA MUSIC takes over. The trader calmly opens the envelope. TIGHT ON THE COMPENSATION LETTER. We catch glimpses of key phrases: COMPENSATION ANNUAL And finally, the figure ..$ MILLION DOLLARS in bonus. For a guy who just made eleven and a half million dollars the trader's very low key. But there's a trace of satisfaction on his face as we CUT TO: TITLE ON BLACK: WALL STREET BONUS DAYS 2006. INT. ANOTHER GLASSED-IN OFFICE - 2006 - DAY. Still in SLOW MOTION. Another trading floor is visible through the glass. 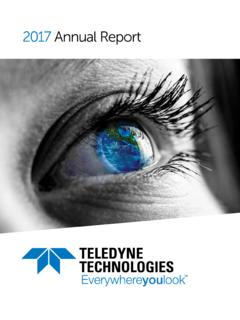 CLASSIFICATION AND MINIMUM STANDARDS FOR FMT This publication was developed by the Foreign Medical Team Working Group under the Global Health Cluster.