Top 5 Hyperinflations of All time Source: 5. Greece, Oct. 1944 Highest monthly inflation: 13,800% Prices doubled every days In the fifth worst inflation situation of all time , Greece in 1944 saw prices double every days. hyperinflation in Greece technically began in October 1943, during the German occupation of the country in WWII. However, the most rapid inflation occurred when the Greek government in exile regained control of Athens in October 1944; prices rose by 13,800 percent that month and another 1,600 percent in November, according to a study by Gail Makinen. In 1938, the Greeks held a drachma note for an average of 40 days before spending it, but by November 10th 1944, the average holding time shrunk to 4 hours.

1 Top 5 Hyperinflations of All time Source: 5. Greece, Oct. 1944 Highest monthly inflation: 13,800% Prices doubled every days In the fifth worst inflation situation of all time , Greece in 1944 saw prices double every days. hyperinflation in Greece technically began in October 1943, during the German occupation of the country in WWII. However, the most rapid inflation occurred when the Greek government in exile regained control of Athens in October 1944; prices rose by 13,800 percent that month and another 1,600 percent in November, according to a study by Gail Makinen. In 1938, the Greeks held a drachma note for an average of 40 days before spending it, but by November 10th 1944, the average holding time shrunk to 4 hours.

2 In 1942, the highest denomination of currency was 50,000 drachma, but by 1944 the highest denomination was a 100 trillion drachmai note. On Nov 11th, the government issued a redenomination of the currency, which converted old drachmai to new at a rate of 50 billion to one, although the populace continued using British Military Pounds as the de facto currency until mid-1945. The stabilization efforts were relatively successful, with prices rising only 140 percent from January through May, and even seeing percent deflation in June 1945 when prominent economist Kyriakos Varvaressos was brought in as economic czar. However, his plan of increasing foreign assistance, reviving domestic production and imposing controls on wages and prices through a redistribution of wealth worsened the country's budget deficit and Varvaressos resigned on September 1.

3 After the civil war of Jan-Dec. 1945/46, the British offered a plan to stabilize the country, which included increasing revenues through the sale of aid goods, an adjustment of specific tax rates, improved tax collection methods and the creation of the Currency Committee (composed of three Greek Cabinet Ministers, one Briton and one American) for fiscal responsibility. By the beginning of 1947, prices had stabilized, public confidence was restored and national income rose, bringing Greece out of the vortex of hyperinflation . Causes of Greece's Inflation The main cause of Greece's hyperinflation was World War II, which loaded the country with debt, dissolved its trade and resulted in four years of Axis occupation.

4 At the outset of World War II, Greece saw a budget surplus for fiscal 1939 of 271 million drachma, but this slipped to a deficit of 790 million drachma in 1940, due mostly to trade, reduced industrial production as a result of scarce raw materials and unexpected military expenditures. The country's deficits would continue to be funded by monetary advances from the Bank of Greece, which had doubled the money supply in two years. With tax revenues down and military expenditures up nearly 10-fold, Greece's finances were in a downward spiral. The country was occupied by Axis forces by May 1941, and Greece's military costs were replaced by expenditures from the support of 400,000 troops, which varied between one-third and three-fifths of the country's outlays during the occupation, which were all funded by the printing of money by the Bank of Greece.

5 The Greek puppet government - established by the occupying forces - did not tax to cover its costs and revenues represented less than 6 percent of expenditures during the final year of occupation. This was combined with national income dropping from billion drachma in 1939 to 20 billion in 1942, a level that was maintained until 1944. hyperinflation began in 1943, when expectations of future inflation caused Greeks to refuse to accept the currency and the government began paying in gold franc coins, which further encouraged the public to hold wealth in non-currency forms and decreased confidence in the drachma, reducing the elasticity of and the demand for domestic currency.

6 When the government in exile returned to Athens, they had a limited ability to collect taxes outside of the capital and ran into substantial unemployment and refugee costs. By the time the new government's stabilization effort went into effect, revenues comprised percent of expenditures, with the Bank of Greece covering the rest. The stabilization effort occurred while the war was still going on, a civil war broke out and there was little hope of restoring Greece's export trade (traditionally with members of the Axis) or the import of raw materials, dipping the country back into high inflation once more before the currency finally stabilized. 4. Germany, Oct. 1923 Highest monthly inflation: 29,500% Prices doubled every: days hyperinflation was one of the major problems plaguing Germany's Weimar republic during its last years of existence.

7 Reaching a monthly inflation rate of approximately 29,500 percent in October 1923, and with an equivalent daily rate of percent it took approximately days for prices to double. The German papiermark, which was introduced in 1914 when the country's gold standard was eliminated, began with an exchange rate of per US dollar at the outbreak of WWI up to 1 million per US dollar in August 1923. By November, that number had skyrocketed to about 238 million papiermark to 1 US dollar, and a psychological disorder called "Zero Stroke" was coined, after people were forced to transact in the hundreds of billions for every day items and were dizzied by the amount of zeros involved.

8 The rapid inflation caused the government to issue a redenomination, thus replacing the papiermark with the rentenmark, exchanging at a rate of per US dollar and cutting 12 zeros off of the papiermark's face value. Although the retenmark effectively stabilized the currency and the Weimar republic continued to exist until 1933, hyperinflation and its resulting economic pressures contributed to the rise of the Nazi party and Adolf Hitler, who focused explicitly on Germany's economic situation in Mein Kampf. Causes of Germany's Inflation Although many believe that hyperinflation of the Weimar Republic resulted directly from the government printing money to pay war reparations, the roots of country's painful inflation situation developed years earlier.

9 In 1914, Germany abandoned backing their currency with gold and began financing their war operations through borrowing instead of taxation. By 1919, prices had already doubled and Germany lost the war, but the period between 1919 and 1921 was relatively stable for the currency, compared to the following years. The war reparations demanded by the Treaty of Versailles required expenses to be paid for with a gold or foreign currency equivalent, instead of German papiermarks, so the government could not simply inflate their way out of their debts. However, to purchase foreign currencies, the government used government debt-backed papeirmarks and accelerated the devaluation of their currency.

10 When the Germans became delinquent in their payments, French and Belgian troops occupied the industrialized Ruhr Valley in January 1923 to demand reparation payments in hard assets, causing strikes and passive resistance among workers that worsened the situation. With European governments conflicted on how best to deal with the situation, Germany's economy quickly imploded and for over a year and a half the country was in a state of hyperinflation . 3. Yugoslavia, Jan. 1994 Highest monthly inflation: 313,000,000% Prices doubled every: days Another extreme case of hyperinflation with the Yugoslavian dinar between 1993-1995. The steepest rate of inflation during this period was in January 1994, when prices rose 313 million percent over the month, which is equivalent to percent per day, with prices doubling approximately every 34 hours. 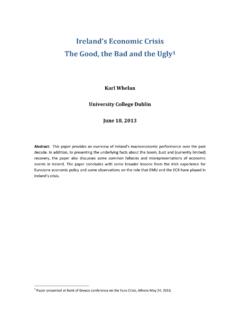 Ireland’s Economic Crisis The Good, the Bad and …

Ireland’s Economic Crisis The Good, the Bad and the Ugly1 Karl Whelan University College Dublin June 18, 2013 Abstract: This paper provides an overview of Ireland’s macroeconomic performance over the past 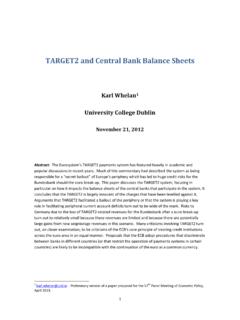 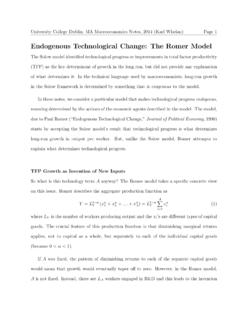 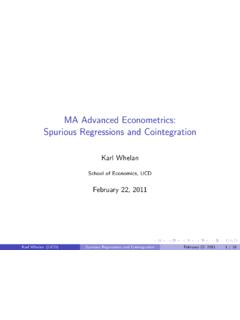