Department of Economic and Social AffairsCommission on SUSTAINABLE DevelopmentSeventh Session19-30 April 1999, New YorkTOURISM AND SUSTAINABLE DEVELOPMENTSUSTAINABLE TOURISM : A NON-GOVERNMENTALORGANIZATION PERSPECTIVEB ackground Paper # 4 Prepared by the UNCSD NGO Steering Committee1 SUSTAINABLE TOURISM : A Non-Governmental Organization Perspectiveprepared by the UNCSD NGO Steering CommitteeA. Introduction1. TOURISM is a rapidly growing phenomenon and has become one of the largest industries in theworld. The impact of TOURISM is extremely varied. On one hand, it plays an important and certainlypositive role in the socio-economic and political DEVELOPMENT in destination countries by, for instance,offering new employment opportunities.

1 Sustainable Tourism: A Non-Governmental Organization Perspective prepared by the UNCSD NGO Steering Committee A. Introduction 1. Tourism is a rapidly growing phenomenon and has become one of the largest industries in the

1 Department of Economic and Social AffairsCommission on SUSTAINABLE DevelopmentSeventh Session19-30 April 1999, New YorkTOURISM AND SUSTAINABLE DEVELOPMENTSUSTAINABLE TOURISM : A NON-GOVERNMENTALORGANIZATION PERSPECTIVEB ackground Paper # 4 Prepared by the UNCSD NGO Steering Committee1 SUSTAINABLE TOURISM : A Non-Governmental Organization Perspectiveprepared by the UNCSD NGO Steering CommitteeA. Introduction1. TOURISM is a rapidly growing phenomenon and has become one of the largest industries in theworld. The impact of TOURISM is extremely varied. On one hand, it plays an important and certainlypositive role in the socio-economic and political DEVELOPMENT in destination countries by, for instance,offering new employment opportunities.

2 Also, in certain instances, it may contribute to a broadercultural understanding by creating awareness, respecting the diversity of cultures and ways of life. Onthe other hand, as a tool to create jobs, it has not fulfilled its expectations. At the same time, complaintsfrom tourist destinations concerning massive negative impacts upon environment, culture and residents ways of life have given rise to a demand for a more SUSTAINABLE DEVELOPMENT in TOURISM . Differentparties will have to be involved in the process of developing SUSTAINABLE TOURISM . This section focuseson what the TOURISM industry itself can do in order to increase its sustainability, defines three majorproblems, and suggests possible TOURISM initiatives to help solve these problems.

3 Other problemsshould also be included in the discussion for it to become Industry Initiatives for SUSTAINABLE TourismProblemsDecreased access to natural resources for the local communities and environmental degradation4. TOURISM is not, as many people assert, a clean and non-polluting industry. A major problem is thelack of a common understanding of what SUSTAINABLE TOURISM or ecotourism means. This ambiguityleads to violations of environmental regulations and standards. Hence, the environmental problemsevolving from TOURISM are manifold. First of all, the TOURISM industry is very resource and landintensive. Consequently, the interest of the TOURISM sector will often be in conflict with local resourceand land use practices.

4 The introduction of TOURISM will imply an increased stress on resourcesavailable. An influx of tourists into the area will lead to a competition for resources. Employeesworking at the tourist sites compound this competition. Almost as a rule, tourists are supplied at theexpense of the local Tourist activities imply an intensified utilisation of vulnerable habitats. Investors and tourists do notnecessarily possess awareness on how to use natural resources sustainably, and subsequently thisutilisation often leads to a degradation of resources. TOURISM is also a major generator of wastes. Inmost tourist regions of developing countries, sewage, wastewater and solid waste disposal are notproperly managed or planned.

5 Lastly, TOURISM is also responsible for a considerable proportion ofincreased volumes and mileage in global transport and hence the associated environmentally damagingpollutant emissions. The TOURISM industry has not shown sufficient willingness to (internalise or)compensate the cost of conservation of bio-diversity in, for instance, protected areas, even though theycan profit from cultural erosion and disrespect for human rights6. TOURISM is a powerful agent of change. International TOURISM acts as a catalyst for the transitionfrom traditional ways of life to so-called modern, Western forms of society. Accordingly, TOURISM oftenbrings with it the introduction of new behaviour trends and norms.

6 Very often, these are contrary totraditional norms existing in the host community, and can come into conflict with its cultural identityand threaten the traditional value systems there. The problem is that the investors seem to have a lackof cultural understanding of the invested society. There is a need for an increased awareness thatestablishment of new hotels etc. will have its consequences on the society and the people who live TOURISM has become associated with violation of human rights. Many destination countries haveexperienced an increase in criminality, prostitution, alcohol and drug abuse as a consequence oftourism. Furthermore, child labour is commonplace in the TOURISM industry (particularly in the informalsector).

7 According to estimates made by ILO (International Labour Organisation), between 3 and 19million children and teenagers work in the TOURISM sector. A particularly abominable form of violationof human rights is child slavery and despicable abuse of children taking place in the booming sexindustry in many countries. In these countries, TOURISM has led to an incredible increase in prostitutionand also in the exploitation of children. The TOURISM industry has not yet come up with a generalcondemnation of these violations of human jobs and foreign exchange leakage8. The TOURISM industry is characterised by a high degree of monopoly, which implies a concentrationof services and profits into very few big transnational corporations.

8 In many countries, TOURISM facilitiesmostly belong to foreigners. Furthermore, in local host communities in many countries a relativelysmall number of people are involved in the TOURISM industry in host communities in many developingcountries. Very often, there is a lack of qualified manpower in the locality. Hence, most employees arerecruited form the big cities, neighbouring countries or even from the country of origin of the Multiplier effects from TOURISM are less significant than is often assumed. One reason is that tourismindustries purchase most of their inputs (materials, products or services) in their country of origin. Asa result, a considerable amount of foreign exchange revenues leaks from the destination countries.

9 Themore goods, services, physical capital and human capital a country must import for its TOURISM services,the higher the leakage. Very often the investors are not approaching the local community to see whatit actually can provide. In addition to this, the General Agreement on Trade in Services (GATS), withits liberalisation of global trade and services, is increasingly undermining the possibilities of individualcountries and regions to control their TOURISM industries and the possible economic gains from access to natural resources for the local communities and environmental degradation10. In general, the TOURISM industry should engage in promoting sustainability as a hallmark forinvestors.

10 More specifically, investors in TOURISM should strive to adopt environmentally soundtechnologies or other measures to minimise the consumption of local ground water. In the case of waterutilisation, such measures might be water saving equipment, desalination systems and collecting andutilising rainwater. Using other types of resources in a SUSTAINABLE manner is, of course, also is a need to use ecological materials and installation of renewable sources of energy systems(solar energy) in all new buildings and new construction. Furthermore there should be an accelerationof installation or solar/wind power in all public work projects of communities where TOURISM will beintroduced. To prevent or minimise the impact of chemical inputs in soil, water and health, one shouldstart utilising sound ecological methods, including IPM (Integrated Pest Management).

THE ROLE OF MICROFINANCE, …

Sustainable Microentrepreneurship: The Roles of Microfinance, Entrepreneurship and Sustainability in Reducing Poverty in Developing Countries

WHAT IS LOGICAL FRAMEWORK ANALYSIS (LFA)? A log frame (also known as a Project Framework) is a tool for planning and managing development projects.

WHAT IS LOGICAL FRAMEWORK ANALYSIS (LFA)? A log frame (also known as a Project Framework) is a tool for planning and managing development projects. 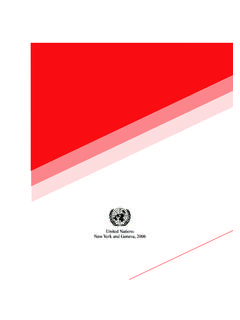 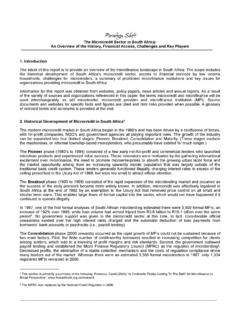 The Microcredit Sector in South Africa An Overview of the ... 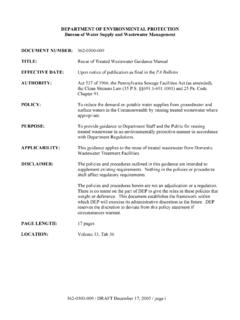 Reuse of Treated Wastewater Guidance Manual I. INTRODUCTION A. ACTIVITIES COVERED BY THIS MANUAL This manual was developed to assist in implementing a program to reuse treated 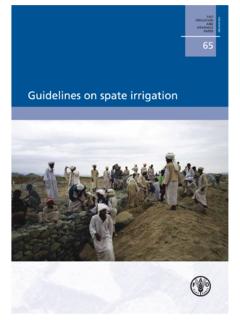 Guidelines on - Food and Agriculture Organization

Guidelines on spate irrigation FOOD AND AGRICULTURE ORGANIZATION OF THE UNITED NATIONS Rome, 2010 FAO IRRIGATION AND … 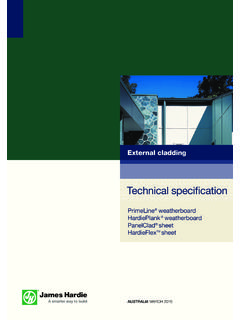 EXTERNAL CLADDING TECHNICAL SPECIFICATION MARCH 2016 3 The Heritage profile is a double width board that allows faster wall coverage. The Heritage and Chamfer profiles have rebated edges that

1 THE LIST OF CRS PURPOSE CODES taking effect in 2016 reporting on 2015 flows (updated April 2016) In comparison with the code list effective in 2013 reporting on 2012 flows, this new version includes 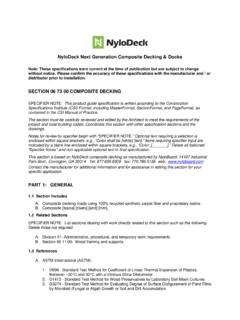 NyloDeck Next Generation Composite Decking & Docks. Note: These specifications were current at the time of publication but are subject to change 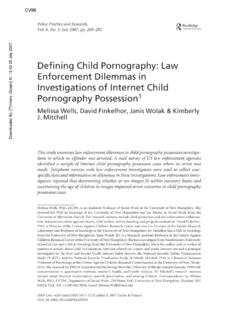 Downloaded By: [Thirkers, Queen] At: 12:43 25 July 2007 . Police Practice and Research: An International Journal. 271. youth under the age of 18 as a ‘child’ and includes in its definition of child pornography 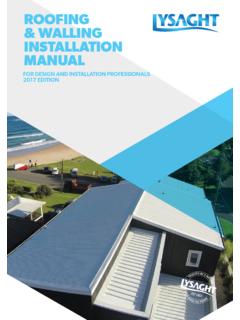