COM/DCD/TAD(2012)3 4 1. Introduction 1. The first decade of the new millennium was marked by China’s re-emergence as a major player in the global economy as it overtook Japan to become the world’s second-largest economy after the United

3 This paper provides an historical overview of China's aid to foreign countries and explains how aid is defined in the Chinese context and how it operates. It provides an analysis, from an OECD perspective, of what makes China's aid distinctive and what some of its strengths and weaknesses are, including with respect to its aid to TRADE-RELATED sectors and to Africa. Finally, as China, OECD members and other countries work together to establish the Global Partnership for Effective Development Co-operation agreed at the recent Busan High Level Forum, the paper suggests why relationships should be rooted in common interests' rather than common values' and what the implications are for the Aid-for- trade agenda.

4 3. COM/DCD/TAD(2012)3. 1. Introduction 1. The first decade of the new millennium was marked by China's re-emergence as a major player in the global economy as it overtook japan to become the world's second-largest economy after the United States. The world also saw China's New Diplomacy gaining momentum with a series of events further boosting China's position as a global and a regional power which included, inter alia, the accession to the WTO membership in 2001, the creation of the Shanghai Co-operation Organisation in 2001.

6 In many least-developed countries (LDCs), China is now believed to be the major source of aid, trade and investment. It has a long tradition of providing foreign aid, longer than that of some members of the OECD's Development Assistance Committee (DAC). However, it is important to note that the various instruments stated as part of the Chinese aid program cannot all be considered Official Development Assistance (ODA) as defined by the OECD: in addition to technical assistance, concessional loans and debt relief, components such as non-concessional finance, preferential trade agreements, investment schemes go well beyond the ODA definition.

7 Chinese aid is also very much integrated with trade and investment. 3. How to engage with China in a manner that contributes to the international aid effectiveness agenda and the achievement of the Millennium Development Goals has been an issue of great concern for the DAC donors. China's endorsement of the principles, commitments and actions enshrined in the Busan Partnership for Effective Development Co-operation [DCD/DAC/EFF(2011)19] is therefore a welcome step forward. This new Global Partnership provides the basis for promoting stronger engagement between China and DAC donors in delivering more and better development co-operation, including Aid for trade .

8 In fact, the data show that a significant proportion of Chinese aid activities can be categorized as building, directly or indirectly, recipient countries' trade capacity. TRADE-RELATED activities are implemented as part of their overall co-operation policy with the aim of fostering sustainable development through the transfer of knowledge and skills. 4. This paper examines China's TRADE-RELATED SOUTH-SOUTH co-operation in the context of the Aid for trade Initiative. In particular, it analyzes, from an OECD perspective, what makes China's aid distinctive and what some of its strengths and weaknesses are, especially with respect to its aid to TRADE-RELATED sectors and to Africa.

9 The analysis in this paper is based on and draws large part from Chinese sources that include official government reports (namely, the White Paper on Foreign Aid), policy statements, media reports, responses to the OECD-WTO survey on Aid for trade , as well as existing literature, studies, OECD and WTO documents ( China-DAC Study Group reports, China's 2010 trade Policy Review). 5. The rest of this paper is structured as follows. The next section provides an historical overview of China's aid to foreign countries, explains how aid is defined in the Chinese context and how it operates.

10 1. SOUTH-SOUTH co-operation is typically comprised of two main pillars: i) economic co-operation, focusing on trade and technology flows among developing countries, including the removal of discrimination in institutional and regulatory frameworks; and ii) technical assistance, focusing on technical capacity building through training, exchanges of experts and sharing of experience and know-how (OECD/WTO, 2009b: 87). 4. COM/DCD/TAD(2012)3. This is followed by an analysis of the evolution of China's approach to development and foreign aid and how it responds to the current international agenda on harmonization supported strongly by the DAC. 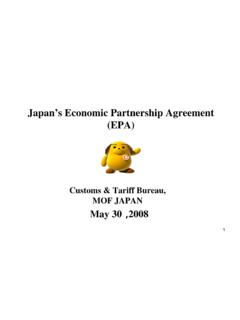 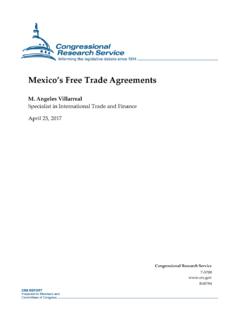 Trade for all - Towards a more responsible trade and investment policy Europe Direct is a service to help you find answers to your questions about the European Union.

Trade, Trade for all

97 Japan-ASEAN Relations: Challenges, Impact and Strategic Options a source of raw materials and an important market for Japanese products. This con- Request for the Certificate of Origin Form D - …

Certificate, Origin, For the certificate of origin