2 These strategies are integrated into tensorflow seamlessly without accuracy loss. In the extensive experiments, significant Memory usage reductions are observed. The max Training batch size can be increased by 2 to 30 times given a fixed model and system configuration. 1 Introduction Recently deep learning plays an increasingly important role in various applications [1][2][3][4][5]. The essential logic of Training deep learning Models involves parallel linear algebra calculation which is suitable for GPU. However, due to physical constraints, GPU usually has lesser device Memory than host Memory . The latest high-end NVIDIA GPU P100 is equipped with 12 16 GB device Memory , while a CPU server has 128GB host Memory . On the contrary, the trend for deep learning Models is to have a Deeper and wider architecture. For example, ResNet [6] consists of up to 1001.

3 Neuron layers and a Neural Machine Translation(NMT) model consists of 8 layers using attention mechanism [7][8], and most of layers in NMT model are sequential ones unrolling horizontally which brings non-neglectable Memory consumption. In short, the gap between limited GPU device Memory capacity and increasing model complexity makes Memory optimization a necessary requirement. In the following, the major constituents of Memory usage for deep learning Training process are presented. Feature maps. For deep learning Models , feature map is the intermediate output of one layer generated in the forward pass and required for gradients calculation during the backward phase. Figure 1 shows the curve of the ResNet-50's Memory footprint for one mini-batch Training iteration on ImageNet dataset. The max value of the curve gradually emerges with the accumulation of feature maps.

4 The size of feature map is typically determined by batch size and model architecture(for CNN. the stride size and output channel number, for RNN the gate number, time-step length and hidden size). The feature map no longer needed will be de-allocated, which results in the declining of the curve. For complex model Training , users have to adjust batch size or even redesign their model architectures to work around Out of Memory issue. Although with model parallelism [9], one 31st Conference on Neural Information Processing Systems (NIPS 2017), Long Beach, CA, USA. Training task could be split onto multiple devices to alleviate this problem, this brings additional communication overhead. And the bandwidth limitation across devices1 may slow down the Training process significantly. Weights. Compared with feature maps, weights occupied a relatively small proportion of Memory usage [11].

5 In this paper, weights are treated as persistent Memory resident in GPU Memory that can not be released until the whole Training task is finished. Temporary Memory . A number of operations need additional Memory for some algorithms such as Fast-Fourier-Transform (FFT) based convolution. It is temporary and will be released inner the operation. The size of temporary Memory can be auto-tuned by enumerating each algorithm in the GPU software libraries such as cuDNN [12], so it can be ignored. Figure 1: Varying curve of ResNet-50's Memory footprint through one Training step. The horizontal axis is the number of allocation/de-allocation times and the vertical axis corresponds to current total bytes of Memory footprint. As clearly feature maps are the main constitute of GPU Memory usage, we focus on the feature maps to propose two approaches to resolve GPU Memory limitation issues, , swap-out/in and Memory - efficient Attention layer for Seq2 Seq Models .

6 All these optimizations are based on tensorflow [13]. tensorflow has its built-in Memory allocator that implements a best-fit with coalescing algorithm. The design goal of this allocator is to support de-fragmentation via coalescing. However, its built-in Memory management strategy hasn't taken any special consideration for Memory optimization for Training big Models . In a nutshell, we summarize our contributions as follows. Focusing on the feature maps, two approaches to reduce Memory consumption of Training deep neural networks are proposed in this paper. The dataflow-graph based swap-out/in utilizes host Memory as a bigger Memory pool to relax the limitation of GPU Memory , and Memory -efficient Attention layer for optimizing the Memory -consuming Seq2 Seq Models . The implementation for these approaches are integrated into tensorflow in a seamless way and can be applied transparently to all kinds of Models without requiring any changes to existing model descriptions.

7 The rest of this paper starts with related work. Then our approaches are described, finally followed by experiments and conclusion. 2 Related Work To reduce Memory consumption in single-GPU Training , there are some existing ideas and work: Leveraging host RAM as a backup to extend GPU device Memory . CUDA enables Unified Memory with Page Migration Engine so that unified Memory is not limited by the size of GPU. Memory . However, our tests show that it can bring a severe performance loss(maximum ten times degradation). And another way is using a run-time Memory manager to virtualize the Memory usage 1. maximum of 32GB/s for PCIe *16 [10], while a maximum of for 10-gigabit Ethernet 2. by offloading the output of each layer and prefetching it when necessary [11], which can only be applied to the layer-wise CNN Models , not to sequence Models .

8 Using re-computation to trade computation for Memory consumption. It is already used by frame- works such as MXNet [14]. MXNet uses a static Memory allocation strategy prior to the actual computation. While tensorflow uses a dynamic Memory allocation strategy in which each allo- cation and de-allocation is triggered in the runtime, so this strategy can not be migrated directly to tensorflow . And Memory -efficient RNN is proposed by [15]. However, for those sequence Models with attention mechanism, the attention layer actually requires much more Memory space than LSTM/GRU. There are also some other optimization methods, such as Memory -Efficient DenseNets [16] and Memory -Efficient Convolution [17] with significantly reducing Memory consumption. However, Memory -Efficient DenseNets is applicable for special cases, and Memory -Efficient Convolution reduces the temporary Memory in the convolution computation while the temporary Memory can be ignored compared with the feature maps.

9 In this paper, a general based approach swap-out/in is proposed, which is targeted for any kind of neural network. To pursue more Memory optimizations for Seq2 Seq Models , Memory -efficient attention algorithm are designed. The implementation of these approaches is integrated into Tensor- Flow seamlessly by formulating the optimization as a graph rewriting problem and can be applied transparently to all kinds of Models on tensorflow without any changes to model descriptions. 3 Our Approaches In this section, we begin by introducing our swap out/in method and then present our optimized Seq2 Seq Models . Swap out/in: Rewriting Dataflow Graph tensorflow uses an unified dataflow graph to represent a model Training task. As shown in Figure 2, nodes(Relu_fwd, etc.) represent computation. Edges (Relu, etc.) carry tensors (arrays or dependen- cies) between nodes.

10 Every node is scheduled to be executed by the executor. This graph can be viewed as an intermediate representation of a Training task, so optimization over the graph is general and transparent for Models . Figure 2: Reference count. tensorflow uses a dynamic strategy for its Memory management. The essential idea of this strategy is the timing of the allocation and de-allocation of tensors. During the runtime, a tensor is not allocated until when the executor starts to execute the corresponding node, and its de-allocation is triggered automatically when its reference count decreases to 0. In Figure 2, reference count of Relu is 3 since it is referenced by three nodes. After Relu_bwd is completed, Relu's reference count becomes 0 and then it is released. In short, the life cycle of Relu lasts from when Relu_fwd starts to run till Relu_bwd finishes. 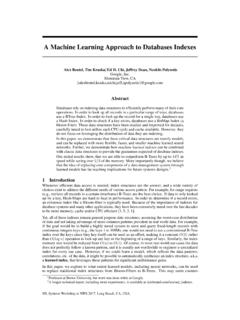 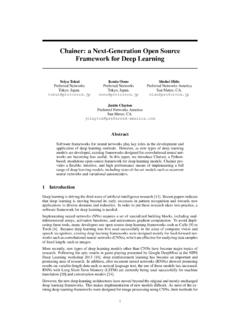 two choices: extend the framework by forking the repository, or impose implementation by hacking the existing code base. Unfortunately, these options are sub-optimal for both the community and the 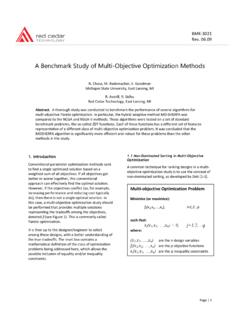 A Benchmark Study of Multi-Objective …

SHERPA is a proprietary hybrid and adaptive search strategy available within the HEEDS software code [5]. During a single parametric optimization study, 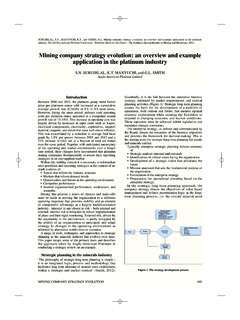 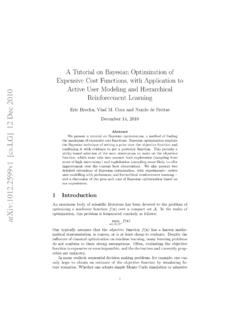 A Tutorial on Bayesian Optimization of Expensive …

A Tutorial on Bayesian Optimization of Expensive Cost Functions, with Application to Active User Modeling and Hierarchical Reinforcement Learning 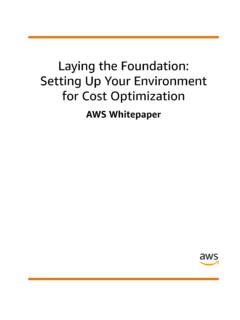 Laying the Foundation: Setting Up Your …

Laying the Foundation: Setting Up Your Environment for Cost Optimization AWS Whitepaper Cost Allocation Supports Ownership and Accountability In a traditional data center, teams have to either architect within the limitations of existing investments 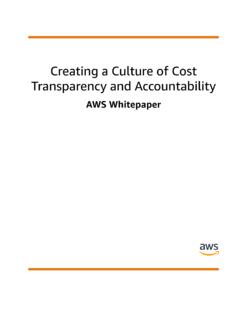 Creating a Culture of Cost Transparency and …

Creating a Culture of Cost Transparency and Accountability AWS Whitepaper Speed and Cost Tradeoﬀs With cost optimization, as with the other pillars in the AWS Well-Architected Framework, there are

A Quality by Design Approach for Coating Process …