2 ISBN 0-916856-01-1. Library of Congress Catalog Card No. 53-5454. Printed in the United States of America * Transcribed by Mr. D.. Software development by cyb. + .PDF version based upon the text of the Windows Help version and published by ARID Media. World Services and its subsidiaries were not involved within the production of this specific work. Contents Foreword 15. THE TWELVE STEPS . step One 21. We admitted we were powerless over alcohol that our lives had become unmanageable.. Who cares to admit complete defeat? Admission of pow- erlessness is the first step in liberation. Relation of humili- ty to sobriety.

3 Mental obsession plus physical allergy. Why must every hit bottom? step Two 25. Came to believe that a Power greater than ourselves could restore us to sanity.. What can we believe in? does not demand belief;. TWELVE STEPS are only suggestions. Importance of an open mind. Variety of ways to faith. Substitution of as Higher Power. Plight of the disillusioned. Roadblocks of indifference and prejudice. Lost faith found in Prob- lems of intellectuality and self-sufficiency. Negative and positive thinking. Self-righteousness. Defiance is an out- standing characteristic of alcoholics. step Two is a rally- ing point to sanity.

4 Right relation to God. step Three 34. Made a decision to turn our will and our lives over to the care of God, as we understood Him.. step Three is like opening of a locked door. How shall we let God into our lives? Willingness is the key. Depen- dence as a means to independence. Dangers of self-suffi- 5. 6 C O N T E N T S. ciency. Turning our will over to Higher Power. Misuse of willpower. Sustained and personal exertion necessary to conform to God's will. step Four 42. Made a searching and fearless moral inventory of ourselves.. How instincts can exceed their proper function. step Four is an effort to discover our liabilities.

5 Basic problem of extremes in instinctive drives. Misguided moral inventory can result in guilt, grandiosity, or blaming others. Assets can be noted with liabilities. Self-justification is danger- ous. Willingness to take inventory brings light and new confidence. step Four is beginning of lifetime practice. Common symptoms of emotional insecurity are worry, anger, self-pity, and depression. Inventory reviews rela- tionships. Importance of thoroughness. step Five 55. Admitted to God, to ourselves, and to another human being the exact nature of our wrongs.. TWELVE STEPS deflate ego. step Five is difficult but neces- sary to sobriety and peace of mind.

6 Confession is an an- cient discipline. Without fearless admission of defects, few could stay sober. What do we receive from step Five? Beginning of true kinship with man and God. Lose sense of isolation, receive forgiveness and give it; learn humility; gain honesty and realism about ourselves. Ne- cessity for complete honesty. Danger of rationalization. How to choose the person in whom to confide. Results are tranquility and consciousness of God. Oneness with God and man prepares us for following STEPS . step Six 63. Were entirely ready to have God remove all these defects of character.. step Six necessary to spiritual growth.

7 The beginning of a C O N T E N T S 7. lifetime job. Recognition of difference between striving for objective and perfection. Why we must keep trying. Being ready is all-important. Necessity of taking action. Delay is dangerous. Rebellion may be fatal. Point at which we abandon limited objectives and move toward God's will for us. step Seven 70. Humbly asked Him to remove our shortcomings.. What is humility? What can it mean to us? The avenue to true freedom of the human spirit. Necessary aid to sur- vival. Value of ego-puncturing. Failure and misery trans- formed by humility. Strength from weakness.

8 Pain is the admission price to new life. Self-centered fear chief acti- vator of defects. step Seven is change in attitude which permits us to move out of ourselves toward God. step Eight 77. Made a list of all persons we had harmed, and became willing to make amends to them all.. This and the next two STEPS are concerned with personal relations. Learning to live with others is a fascinating ad- venture. Obstacles: reluctance to forgive; nonadmission of wrongs to others; purposeful forgetting. Necessity of ex- haustive survey of past. Deepening insight results from thoroughness. Kinds of harm done to others.

9 Avoiding ex- treme judgments. Taking the objective view. step Eight is the beginning of the end of isolation. step Nine 83. Made direct amends to such people wherever possible, except when to do so would injure them or others.. A tranquil mood is the first requisite for good judgment. Good timing is important in making amends. What is courage? Prudence means taking calculated chances. Amends begin when we join Peace of mind cannot 8 C O N T E N T S. be bought at the expense of others. Need for discretion. Readiness to take consequences of our past and to take re- sponsibility for well-being of others is spirit of step Nine.

10 step Ten 88. Continued to take personal inventory and when we were wrong promptly admitted it.. Can we stay sober and keep emotional balance under all conditions? Self-searching becomes a regular habit. Ad- mit, accept, and patiently correct defects. Emotional hang- over. When past is settled with, present challenges can be met. Varieties of inventory. Anger, resentments, jealous- ly, envy, self-pity, hurt pride all led to the bottle. Self- restraint first objective. Insurance against big-shot-ism.. Let's look at credits as well as debits. Examination of mo- tives. step Eleven 96. Sought through prayer and meditation to improve our conscious contact with God as we understood Him, praying only for knowledge of His will for us and the power to carry that out. 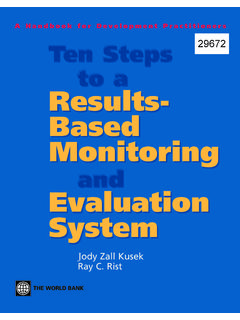 Ten Steps to a Results- Based Monitoring - OECD.org

THE WORLD BANK Jody Zall Kusek Ray C. Rist Ten StepsTen Steps to a Results-Based Monitoring and Evaluation System to a and A …

Based, Code, Step, Monitoring, Results, Steps to a results based monitoring 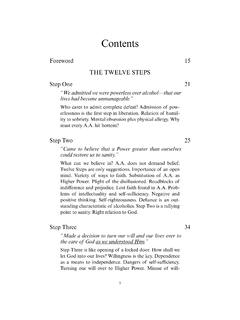 5 Contents Foreword 15 THE TWELVE STEPS Step One 21 “We admitted we were powerless over alcohol—that our lives had become unmanageable.” Who cares to … 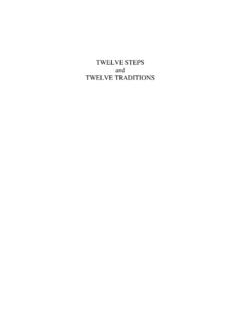 62 5. Scenario Analysis: A Tool for Task Managers Jonathan N. Maack Scenario analysis has been used by the private sector for the last 25 years to manage risk and