06 Oct 05. COAST GUARD AUXILIARY . AWARDS PRIMER . Table of Contents 1. Overview 2. 2. Basic Acronyms 2. 3. Fundamental Do's and Don'ts in Award Processing 2. 4. Filling out the 1650 Award Recommendation Form 4. 5. Drafting a Summary of Action 5. 6. Drafting an Award Citation General Rules of Thumb 6. 7. Responsibilities and Expectations of Award Originators 8. 8. Frequently Asked Questions 8. 9. Sample Award Citations 10. 1. 06 Oct 05. 1. Overview (re AuxMan chapter 11). a. Personal and team AWARDS often provide the best form of pay for the extraordinary efforts of Auxiliarists. They serve as formal acknowledgement of service by the COAST GUARD and the COAST GUARD AUXILIARY . Accordingly, all due attempts must be made at all levels of the award processing system to ensure they reflect and are commensurate with the efforts that they are crafted to recognize. b. Unlike active duty and reserve AWARDS , AUXILIARY AWARDS do not get processed and reviewed by an AWARDS board.

1 06 Oct 05. COAST GUARD AUXILIARY . AWARDS PRIMER . Table of Contents 1. Overview 2. 2. Basic Acronyms 2. 3. Fundamental Do's and Don'ts in Award Processing 2. 4. Filling out the 1650 Award Recommendation Form 4. 5. Drafting a Summary of Action 5. 6. Drafting an Award Citation General Rules of Thumb 6. 7. Responsibilities and Expectations of Award Originators 8. 8. Frequently Asked Questions 8. 9. Sample Award Citations 10. 1. 06 Oct 05. 1. Overview (re AuxMan chapter 11). a. Personal and team AWARDS often provide the best form of pay for the extraordinary efforts of Auxiliarists. They serve as formal acknowledgement of service by the COAST GUARD and the COAST GUARD AUXILIARY . Accordingly, all due attempts must be made at all levels of the award processing system to ensure they reflect and are commensurate with the efforts that they are crafted to recognize. b. Unlike active duty and reserve AWARDS , AUXILIARY AWARDS do not get processed and reviewed by an AWARDS board.

2 This is beneficial in terms of time, logistics, and expenses that are avoided. Nevertheless, AUXILIARY AWARDS , particularly those presented in national forums, undergo a painstaking edit and review process from their start at the hands of the award originator until final signature by senior COAST GUARD officers. c. It is incumbent upon everyone involved in the AUXILIARY award process to ensure that appropriate effort is put into the generation of a complete and comprehensive award package that is anchored in a citation worthy of the achievements of the nominee. The responsibility for initiation of such a package lies squarely upon the award originator. Subsequent entities in the award process each retain the authority and duty to return the package to the previous entity whenever the quality and completeness of the package do not meet standards. 2. Basic Acronyms (re AuxMan chapter 11). a. AAM = AUXILIARY Achievement Medal b. ACLOC = AUXILIARY Commandant's Letter of Commendation c.

3 ACM = AUXILIARY Commendation Medal d. ADSM = AUXILIARY Distinguished Service Medal e. ALOM = AUXILIARY Legion of Merit f. AMSM = AUXILIARY Meritorious Service Medal g. DIRAUX = Director of AUXILIARY h. MTC = Meritorious Team Commendation i. SOA = Summary of Action 3. Fundamental Do's and Don'ts in AWARDS Processing (re AuxMan chapter 11). a. Do's (1) Do take the time to recognize those who go above and beyond the call of their normal AUXILIARY duties. (2) Do process award nominations well in advance of deadlines established by NACO. This allows sufficient time to identify and rectify any potential issues with the nomination package. 2. 06 Oct 05. (3) Do expect award packages to be returned if improper or inadequate information is provided in any portion of the award package. (4) Do check to ensure that recognition efforts are not being duplicated. For example, if Auxiliarists are part of a COAST GUARD team, project, operation, or committee effort, then check to ensure that the active duty command that is in charge of that team does not plan to issue an MTC.

4 Put another way, AUXILIARY MTCs will not be issued for teams that have been or will be recognized by COAST GUARD commands. Additionally, the sponsoring active duty command takes precedence as the award originator, determines the awarding authority, and fully processes the award. (5) Do expect AWARDS that are not presented at the national conference to be relayed to the appropriate DIRAUX office either at the national conference or within two weeks of the national conference. The DIRAUX office shall then work with regional AUXILIARY leadership to arrange an appropriate award presentation opportunity. (6) Do expect abbreviated award citations to be read at national conference award presentation forums, most likely for ACLOCs, AAMs, and ACMs. b. Don'ts (1) Don't recommend an award for works-in-progress, even phased projects. The project must be completed in its entirety in order to properly warrant formal (and final). recognition. (2) Don't simply say or imply that what a nominee did was beneficial.

5 Considerable detail and justification must be included to substantiate an award and craft a citation. Essential elements of an award are the action, the reason for the action, the challenges that were overcome, and the results and impacts of the action. (3) Don't nominate someone for accomplishments in multiple staff positions that were held during different time periods. There should only be one time period for which the award nominee served in the staff position for which they are being cited. It's okay if the award nominee served in one or more other staff positions during that time period, but generally a personal award should focus on the award nominee's actions in a single staff capacity otherwise, the construct of the award citation tends to become unwieldy and confusing. (4) Don't nominate someone for work they did in their capacity as a member of an organization other than the AUXILIARY . Many Auxiliarists wear several different hats by concurrently serving in the AUXILIARY , the Power Squadrons, the National Safe Boating Council, and other boating safety organizations.

6 Under no circumstance should the AUXILIARY award process be used as the venue for recognition for services predominantly provided in any of their other capacities. Careful attention to this concern must also be paid to Auxiliarists who serve as liaisons to these organizations. 3. 06 Oct 05. Distinct AUXILIARY benefits besides simply increased cooperation with the other organization must be clearly articulated in any award citation for such cases. (5) Don't expect a personal award to be presented even to an alternate at a national conference if the award nominee is not present at the conference. In the case of an MTC, if no team members are present, then the award will not be presented. (6) Don't expect last minute changes to AWARDS or awardees to be made on the day of the award presentations. AWARDS presentations are woven directly into the day's agenda and they are scripted in detail well in advance, often for the express accommodation of VIP guests and award presenters.

7 4. Filling out the 1650 Award Recommendation Form (re - AUXILIARY web site , Member Section, Forms sub-section). a. Block 1 Recommended Award Fill in the full and correct title of the award ( . AUXILIARY Achievement Medal ). Note, the AAM, ACM, AMSM, ALOM, ADSM are not called AWARDS they should be referred to as medals.. b. Block 2 Period Being Recognized Include at least the start month/year and end month/year ( May 2004-Jun 2005 ). Exact dates are not necessary unless specifically known and/or are pivotal to the nature of the award ( a pulse or surge operation). c. Block 3A Indicate if Subsequent Award Whether or not this is the first, second, third, etc. award for the nominee can be determined from AUXINFO under the AWARDS section. Also, you can refer to AUXDATA or the national IS Department for help in getting this information. Ensure it is accurate don't guess. Not applicable if this is for an MTC. d. Block 3B O Device Self-explanatory. This device is rarely warranted unless for obviously operational performance.

8 E. Block 4 Name The full name of the award nominee exactly as displayed in AUXDATA ( first name, middle initial, last name, Jr. or II / III). If no middle initial, then place NMI between the first and last names. If the nomination is for an MTC, then leave this blank and fill in Block 15 and Block 17 (or attach a list of team members). f. Block 5 Social Security Number Do not indicate the award nominee's SSN nor 111- 11-1111 nor 1111111. The EMPLID of the award nominee must be shown. Refer to AUXDATA or the national IS Department for help in getting this information. This must be included for all members nominated for an MTC. g. Block 7 Status Mark AUXILIARY .. 4. 06 Oct 05. h. Block 8 Grade/Rank Spell out the complete title of the award nominee's staff position for which performance is being recognized. Refer to the National Directory for the complete and proper title. Include the acronym at the end in parentheses ( Branch Chief, Marketing (BC-M)). This information is not necessary for MTC team members.

9 I. Block 9A Detachment Date Do not fill this in. j. Block 9B Retirement Mark this block only if the award nominee will receive the award as part of their upcoming retirement from the AUXILIARY . k. Block 10 Previous AWARDS Earned During the Period Being Recognized Fill this in only if you are certain that another award for similar performance has been earned during the period being recognized. Otherwise, do not fill this in. l. Block 11 Present Duty Station Fill in the award nominee's region, division and Flotilla numbers ( 053-15-04). This information must be provided for all members nominated for an MTC. m. Block 12 New Duty Station Do not fill this in. n. Block 13 Other Personnel Recommended for Same Action and Award Recommended . Self-explanatory, albeit this should rarely be filled in. Do not fill this in for an MTC. o. Block 15 Name of Team If nominating an MTC, then include the complete name of the team as it appears in the citation. p. Block 16 Location of Unit/Team at Time of Action Fill this in only if there is a specific location at which the team functioned.

10 Q. Block 17 List of Unit/Team Fill in only if all required information for all team members can be fit in this space. Otherwise, attach a separate sheet with all required information for all team members. r. Block 18 Name, Grade, Title of Originator Self-explanatory. s. All Blocks Use Times New Roman, 12-point font. A conventional mix of upper and lower case letters should be used, as opposed to all capital letters. 5. Drafting a Summary of Action (re AuxMan section ). a. An SOA is required for all AMSMs, ALOMs, and ADSMs. b. An SOA should be single-spaced narrative (vice outline), one to two pages long (except that an AMSM SOA should be limited to one page). 5. 06 Oct 05. c. The contents must provide quantifiable data and a level of detail from which the citation naturally and logically flows without misunderstanding. 6. Drafting an Award Citation General Rules of Thumb (re AuxMan section ). a. Avoid using the phrase, During the period The citation's effective period is stated in the opening sentence, and it is understood that all of the awardee's actions occurred during the effective period. 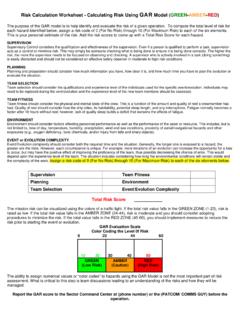 U. S. Department of Homeland Security DISCLOSURE AND AUTHORIZATION PERTAINING TO CONSUMER REPORTS PURSUANT TO THE FAIR CREDIT … 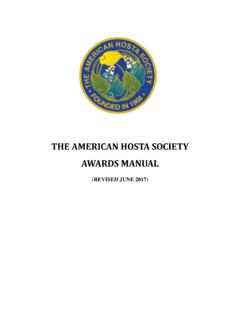 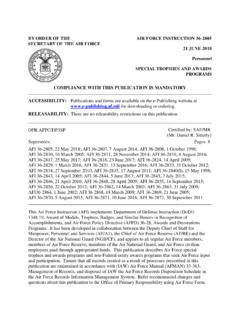 by order of the secretary of the air force . air force instruction 36-2805 . 21 june 2018 . personnel . special trophies and awards programs . compliance with this publication is …

Performance Evaluation and Recognition for Non …

Page 2 of 23 Introduction This booklet has been prepared to provide supervisors with a basic understanding of the Awards Program for Non-US civilian employees in Germany. 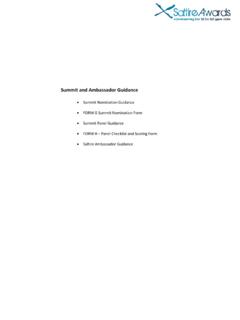 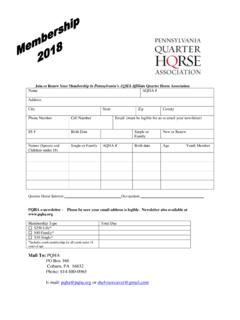 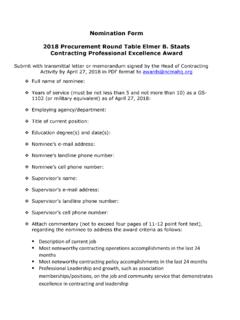