RISK ASSESSMENT PROGRAM. of UNDERGROUND STORAGE TANK SYSTEMS . Presented by GS Holt at the IIR Corrosion Conference Johannesburg June 24 - 26, 1997. SYNOPSIS. This paper describes the Risk Assessment Program (RAP) developed by the South African (SA) Oil Industry Corrosion Control Group (OICCG) for the testing of UNDERGROUND STORAGE Tank (UST). SYSTEMS such as those found at retail and consumer sites. The various studies carried out into the failure of UST SYSTEMS in SA is presented. The Environmental Protection Agency (EPA) regulations governing UST SYSTEMS is summarised and serves as an introduction to the RAP methodology of Prevention is better than Cure . The fundamental corrosion mechanisms applicable to UST SYSTEMS are described. The relationship between the corrosion rate and the penetration of a buried steel surface is discussed. The construction standards used for UST SYSTEMS in SA is presented.

1 RISK ASSESSMENT PROGRAM. of UNDERGROUND STORAGE TANK SYSTEMS . Presented by GS Holt at the IIR Corrosion Conference Johannesburg June 24 - 26, 1997. SYNOPSIS. This paper describes the Risk Assessment Program (RAP) developed by the South African (SA) Oil Industry Corrosion Control Group (OICCG) for the testing of UNDERGROUND STORAGE Tank (UST). SYSTEMS such as those found at retail and consumer sites. The various studies carried out into the failure of UST SYSTEMS in SA is presented. The Environmental Protection Agency (EPA) regulations governing UST SYSTEMS is summarised and serves as an introduction to the RAP methodology of Prevention is better than Cure . The fundamental corrosion mechanisms applicable to UST SYSTEMS are described. The relationship between the corrosion rate and the penetration of a buried steel surface is discussed. The construction standards used for UST SYSTEMS in SA is presented.

2 The need to asses the majority of non conforming UST SYSTEMS is emphasised. The development of the OICCG Risk Assessment Program is introduced. The method of data collection and analysis is described. The limitations and economic benefits are presented. The control measure options used to reduce site risk are discussed. INTRODUCTION. Studies carried out by the South African Oil Industry [1] estimate that approximately 53% of sites have a history of leaking UST SYSTEMS .[2] From a study of withdrawn UST's it is apparent that life expectancy can range from 8 to 27 years with an average of 17 years, depending on soil conditions, proximity to DC traction SYSTEMS , quality of coating, etc.[3] These trends are shown graphically on pages 9 and 10. Whilst mechanical failure due to poor construction may be the main reason for UST system failure during initial service, thereafter corrosion becomes the principal cause of leaks.

3 The connecting pipes in a UST system are particularly vulnerable to corrosion induced leaks. Environmental, health and safety concerns have led to new regulations governing UST installations used for the STORAGE and handling of hazardous substances. A Risk Assessment Program is necessary to assure the integrity of the UST system thereby limiting the exposure to unnecessary liabilities, protect capital investment, provide public safety and compliance with regulations as well as protect the surrounding environment and avoid costly remediation. REGULATIONS. In 1991 the OICCG reviewed the Environmental Protection Agencies (EPA) regulations in the USA. governing UST SYSTEMS used for the STORAGE of hazardous products. The following is a summery of the EPA requirements.[4]. No person may install an UNDERGROUND STORAGE tank unless: 1. It will prevent releases resulting from corrosion or structural failure for the life of the tank.

4 2. It is cathodically protected (<12000 ohm-cm), constructed with non corrosive material, or its equivalent. 3. Materials of the tank or liner are compatible with the product stored. Regulations such as EPA have forced oil companies to comply with stringent legislation with far reaching cost implications. Most of these regulations address the consequences of leaks (containment). rather than the cause (corrosion). Corrosion is responsible for the majority of UST leaks. It stands to reason therefore that the mitigation of corrosion will substantially reduce the incidents of leaks. Furthermore, it is far more viable and economic to treat the cause rather than the consequence. Protection against the consequences of leaks involves the installation of costly secondary containment SYSTEMS . It is far more cost effective to treat the cause of leaks by installing corrosion control SYSTEMS such as cathodic protection.

5 * Numbers in brackets refer to numbered references on page 8. IIR Corrosion Conference, Johannesburg June 24 - 26, 1997 2. CORROSION OF UST SYSTEMS . reaction with its environment. At the surface of a corroding metal there are active electrochemical cells where electric current is discharged from the which corrodes cathode which is .[5]. backfill soil, the presence and magnitude of stray DC current and the use of dissimilar materials such as galvanised pipes. The time taken for corrosion to penetrate the tank wall depends upon the original diameter of a tank also increases the intensity of concentration cells between the top and bottom of the UST. This is due to the fluctuations in oxygen, moisture, soil composition and temperature which exist Also contributing to the corrosion of tanks are spillage's associated with the site operation which impinge and deteriorate the epoxy tar coating on the top of the tank.

6 The large areas of coating cathode of the corrosion cell anode. Whilst internal corrosion of UST's is not a common problem, some cases are documented. It has been the authors observation that internal corrosion is mostly restricted to the shell plate directly below the which is present on the steel surface. UST CONSTRUCTION. comprised of epoxy tar coated tanks and steel pipes. New standards were introduced in 1991 to improve the manufacture (SABS1535) and installation (SABS089) of UST SYSTEMS . These standards Glass Reinforced Polyester (GRP) coated steel tanks (Composite tanks ) as apposed to epoxy tar High Density Polyethylene (HDPE) pipes as an alternative to steel pipes. tanks fitted with manways to facilitate inspection and repairs.. Tests carried out on GRP and epoxy tar coated tanks in 1992 by the OICCG confirm that a correctly manufactured and installed composite UST system achieves a far greater level of external corrosion [6].

7 However, UST SYSTEMS constructed to the old standards of epoxy tar coated tanks and steel pipe by far of UST SYSTEMS in SA are not adequately protected and hence are susceptible to corrosion induced leaks. 3. RAP DEVELOPMENT. The revised SABS standards were introduced in 1991 to address the manufacture and installation of new UST SYSTEMS . The SA oil industry also embarked upon a Vacusonic tank leak testing program to assess the extent of leaking UST's. This assessment involved the testing of tanks which exceeded 25. years of age using the acoustic emission technique. The results released by the SA Oil Industry Environmental Committee in 1992 revealed that of some 979 tanks tested, 94 were leaking. Whilst the 25 year program revealed some interesting statistics, the cost and difficulty of performing the test as well as the fact that age does not necessarily predict tank failure reduced the effectiveness of Vacusonics as a long term risk assessment technique.

8 In 1993 the OICCG reviewed the problems associated with UST's and solicited support from the oil companies to develop a pro-active corrosion control program.[7]. In 1994 a working group was established to devise a protocol on UNDERGROUND tank testing. A number of workshops followed to assess the feasibility and method of risk ranking. These workshops provided some useful ideas and highlighted the need to reach consensus on a common Industry approach. As a Joint Industry Facility with some 35 years of corrosion experience, the OICCG started work on a conceptual design for a risk ranking system culminating in the Risk Assessment Program (RAP). described in this paper. The basic concept of RAP involves three aspects, namely: 1. RAP data collection - collection of data pertaining to five elements. 2. RAP data analysis - a computer based Risk Assessment Program. 3. RAP control measures - risk reducing site remediation options.

10 The above details are entered into RAP, a computer based risk assessment program. IIR Corrosion Conference, Johannesburg June 24 - 26, 1997 4. RAP DATA ANALYSIS. The RAP computer data base combines the desk top and site survey information to derive a Risk Grade and Failure Prediction Index (FPI) for each site. The Risk Grade determines the control measures required to reduce the risk of UST leaks and the consequential contamination, cost, safety hazard, adverse publicity, etc. The FPI indicates the length of exposure and assists in determining and prioritising the Control measures. The Risk Grade is attained by equating risk values and weighting factors derived from Site Measurements, Construction Details, Site History and Environmental Details. The FPI is calculated by equating the age of the site with a corrosivity factor derived by the RAP data base. Once RAP has assigned a Risk Grade and FPI to a site, where necessary, recommendations for control measures to reduce the site risk are established in consultation with the site owners RAP has been developed to provide a user friendly Windows operating environment. 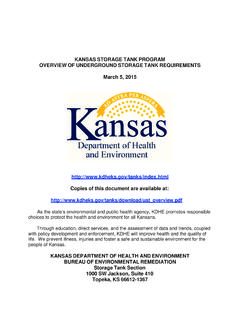 Tank Buying Guide for Storage of Flammable and …

Some applications may require a coating of the tank interior. For example, storage of some aviation fuels per Federal Aviation Administration (FAA) regulations require epoxy coating of the interior 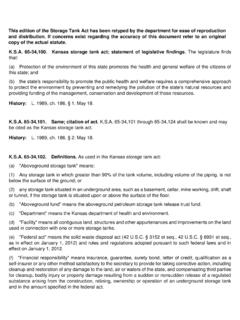 This edition of the Storage Tank Act has been …

This edition of the Storage Tank Act has been retyped by the department for ease of reproduction and distribution. If concerns exist regarding the accuracy of this document refer to an original 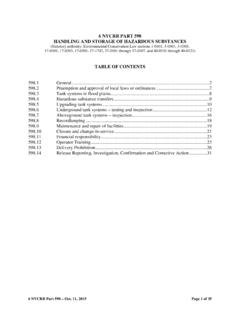 598.1 . 598.1 General. (a) Purpose.This Part sets forth regulations for the handling and storage of hazardous substances to protect the public health, safety, welfare, and the environment of the State.

Department of Licensing and Regulatory Affairs, … 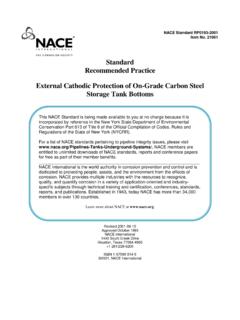 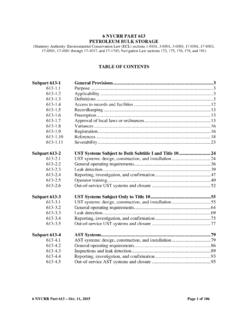