Children s Bureau/ACYF/ | Email: | BRIEFA pril 2015 Understanding the Effects of Maltreatment on Brain DevelopmentWHAT S INSIDEHow the Brain developsEffects of Maltreatment on Brain developmentImplications for practice and policySummaryAdditional resourcesReferencesIn recent years, there has been a surge of research into early Brain development. Neuroimaging technologies, such as magnetic resonance imaging (MRI), provide increased insight about how the Brain develops and how early experiences affect that area that has been receiving increasing research attention involves the Effects of abuse and neglect on the developing Brain , especially during infancy and early childhood. Much of this research is providing biological explanations for what practitioners have long been describing in psychological, emotional, and behavioral terms.

that our brains adapt to our unique environment. The ability to adapt to our environment is a part of normal development. Children growing up in cold climates, on rural farms, or in large sibling groups learn how to function in those environments. Regardless of the general environment, though, all children need stimulation

1 Children s Bureau/ACYF/ | Email: | BRIEFA pril 2015 Understanding the Effects of Maltreatment on Brain DevelopmentWHAT S INSIDEHow the Brain developsEffects of Maltreatment on Brain developmentImplications for practice and policySummaryAdditional resourcesReferencesIn recent years, there has been a surge of research into early Brain development. Neuroimaging technologies, such as magnetic resonance imaging (MRI), provide increased insight about how the Brain develops and how early experiences affect that area that has been receiving increasing research attention involves the Effects of abuse and neglect on the developing Brain , especially during infancy and early childhood. Much of this research is providing biological explanations for what practitioners have long been describing in psychological, emotional, and behavioral terms.

2 There is now scientific evidence of altered Brain functioning as a result of early abuse and neglect. This emerging body of knowledge has many implications for the prevention and treatment of child abuse and 20pr1p5h2tihs::i/2 material may be freely reproduced and distributed. However, when doing so, please credit Child Welfare Information Gateway. This publication is available online at issue brief provides basic information on typical Brain development and the potential Effects of abuse and neglect on that development. The information is designed to help professionals understand the emotional, mental, and behavioral impact of early abuse and neglect in children who come to the attention of the child welfare the Brain DevelopsWhat we have learned about the process of Brain development helps us understand more about the roles both genetics and the environment play in our development.

3 It appears that genetics predispose us todevelop in certain ways, but our experiences, including our interactions with other people, have a significant impact on how our predispositions are expressed. In fact, research now shows that many capacities thought to be fixed at birth are actually dependent on a sequence of experiences combined with heredity. Both factors are essential for optimum development of the human Brain (Shonkoff & Phillips, 2000). Early Brain DevelopmentThe raw material of the Brain is the nerve cell, called the neuron. During fetal development, neurons are created and migrate to form the various parts of the Brain . As neurons migrate, they also differentiate, or specialize, to govern specific functions in the body in response to chemical signals (Perry, 2002). This process of development occurs sequentially from the bottom up, that is, from areas of the Brain controlling the most primitive functions of the body ( , heart rate, breathing) to the most sophisticated functions ( , complex thought) (Perry, 2000a).

5 Synapses organize the Brain by forming pathways that connect the parts of the Brain governing everything we do from breathing and sleeping to thinking and feeling. This is the essence of postnatal Brain development, because at birth, very few synapses have been formed. The synapses present at birth are primarily those that govern our bodily functions such as heart rate, breathing, eating, and sleeping. The development of synapses occurs at an astounding rate during a child s early years in response to that child s experiences. At its peak, the cerebral cortex of a healthy toddler may create 2 million synapses per second (ZERO TO THREE, 2012). By the time children are 2 years old, their brains have approximately 100 trillion synapses, many more than they will ever need. Based on the child s experiences, some synapses are strengthened and remain intact, but many are gradually discarded.

6 This process of synapse elimination or pruning is a normal part of development (Shonkoff & Phillips, 2000). By the time children reach adolescence, about half of their synapses have been discarded, leaving the number they will have for most of the rest of their lives. 20pr1p5h2tihs::i/2 important process that takes place in the developing Brain is myelination. Myelin is the white fatty tissue that forms a sheath to insulate mature Brain cells, thus ensuring clear transmission of neurotransmitters across synapses. Young children process information slowly because their Brain cells lack the myelin necessary for fast, clear nerve impulse transmission (ZERO TO THREE, 2012). Like other neuronal growth processes, myelination begins in the primary motor and sensory areas (the Brain stem and cortex) and gradually progresses to the higher-order regions that control thought, memories, and feelings.

7 Also, like other neuronal growth processes, a child s experiences affect the rate and growth of myelination, which continues into young adulthood (Shonkoff & Phillips, 2000). By 3 years of age, a baby s Brain has reached almost 90 percent of its adult size. The growth in each region of the Brain largely depends on receiving stimulation, which spurs activity in that region. This stimulation provides the foundation for Brain DevelopmentStudies using MRI techniques show that the Brain continues to grow and develop into young adulthood (at least to the midtwenties). White matter, or Brain tissue, volume has been shown to increase in adults as old as 32 (Lebel & Beaulieu, 2011). Right before puberty, adolescent brains experience a growth spurt that occurs mainly in the frontal lobe, which is the area that governs planning, impulse control, and reasoning.

8 During the teenage years, the Brain goes through a process of pruning synapses somewhat like the infant and toddler Brain and also sees an increase in white matter and changes to neurotransmitter systems (Konrad, Firk, & Uhlhaas, 2013). As the teenager grows into young adulthood, the Brain develops more myelin to insulate the nerve fibers and speed neural processing, and this myelination occurs last in the frontal lobe. MRI comparisons between the brains of teenagers and the brains of young adults have shown that most of the Brain areas were the same that is, the teenage Brain had reached maturity in the areas that govern such abilities as speech and sensory capabilities. The major difference was the immaturity of the teenage Brain in the frontal lobe and in the myelination of that area (National Institute of Mental Health, 2001).

9 Normal puberty and adolescence lead to the maturation of a physical body, but the Brain lags behind in development, especially in the areas that allow teenagers to reason and think logically. Most teenagers act impulsively at times, using a lower area of their brains their gut reaction because their frontal lobes are not yet mature. Impulsive behavior, poor decisions, and increased risk-taking are all part of the normal teenage experience. Another change that happens during adolescence is the growth and transformation of the limbic system, which is responsible for our emotions. Teenagers may rely on their more primitive limbic system in interpreting emotions and reacting since they lack the more mature cortex that can override the limbic response (Chamberlain, 2009).Plasticity The Influence of EnvironmentResearchers use the term plasticity to describe the Brain s ability to change in response to repeated stimulation.

10 The extent of a Brain s plasticity is dependent on the stage of development and the particular Brain system or region affected (Perry, 2006). For instance, the lower parts of the Brain , which control basic functions such as breathing and heart rate, are less flexible, or plastic, than the higher functioning cortex, which controls thoughts and feelings. While cortex plasticity decreases as a child gets older, some degree of plasticity remains. In fact, this Brain plasticity is what allows us to keep learning into adulthood and throughout our developing Brain s ongoing adaptations are the result of both genetics and experience. Our brains prepare us to expect certain experiences by forming the pathways needed to respond to those experiences. For example, our brains are wired to respond to the sound of speech; when babies hear people speaking, the neural systems in their brains responsible for speech and language receive the necessary stimulation to organize and function (Perry, 2006). 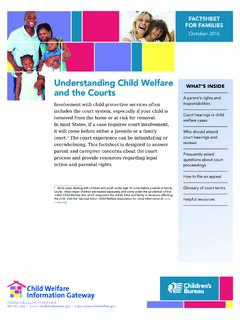 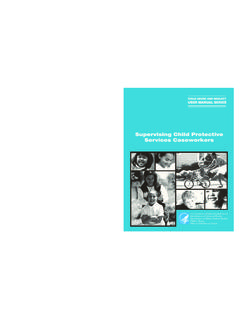 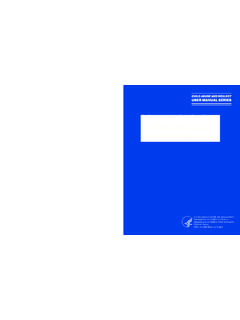 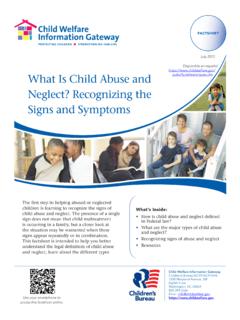 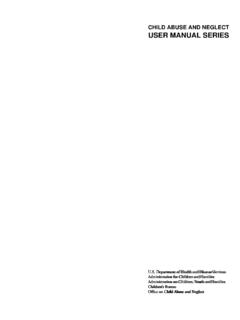 Interpretivism in Aiding Our Understanding of the ... 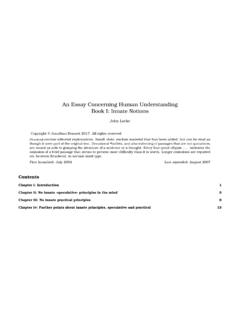 what alterations of our bodies lead to our having sensation through our sense-organs or to our having any ideas in our understandings. Challenging and entertaining as these questions may be, I shall by-pass them because they aren’t relevant to my project. All we need for my purposes is to consider the human ability to think. My time will be well 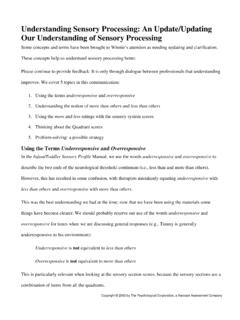 Understanding Sensory Processing: An Update/Updating Our ...

Our Understanding of Sensory Processing Some concepts and terms have been brought to Winnie’s attention as needing updating and clarification. ... In our studies with children with disabilities, test results usually end up on the more than others side of the continuum. Yet we need to be open to the possibilities of other patterns, and be ...

Understanding and Applying Research Paradigms in ...

understanding that knowledge is best derived from sense experiences, and demonstrable, objective facts, then your approach leans towards empirical epistemology. Epistemology is important because, it helps you to establish the faith you put in your data. It affects how you will go about uncovering knowledge in the social context that you will

Understanding Bias Blind Spot: Hidden Biases of Good People M. Banaji & A. Greenwald Bias = bits of knowledge about social groups stored in our brain, because we encounter them so frequently in our cultural environment. Once stored in our mind, bias can influence behavior toward that group. Harvard Implicit Association Test

Understanding oral history: Why do it? - Baylor University

people to share their stories in their own words, with their own voices, through their own understanding of what hap-pened and why. With careful attention to preserving our sound recordings, the voices of our narrators will endure to speak for them when they are gone. By complicating the story with individual experience, oral histories will ...