unit : Learning Through DIALOGUE239 unit Through DialogueElizabeth Grugeon and Lorraine HubbardINTRODUCTIONThis unit looks at current issues concerning speaking, listening and Learning in the primary school. Itdiscusses why there is a need to change pedagogic practices so that the Dialogue that takes place in theclassroom between teachers and pupils and between pupils themselves can become a powerful learningtool. It explores different approaches and strategies for introducing and supporting collaborative learningin small groups and suggests a number of ways in which you may begin to develop a range of skillswhich will enable you to encourage effective discussion and dialogic talk in your classroom. This mayentail a reconsideration of your own role as teacher. As Alexander suggests, if we want children to talkto learn as well as learn to talk then what they say probably matters more than what teachers say (2004: 19).

1 unit : Learning Through DIALOGUE239 unit Through DialogueElizabeth Grugeon and Lorraine HubbardINTRODUCTIONThis unit looks at current issues concerning speaking, listening and Learning in the primary school. Itdiscusses why there is a need to change pedagogic practices so that the Dialogue that takes place in theclassroom between teachers and pupils and between pupils themselves can become a powerful learningtool. It explores different approaches and strategies for introducing and supporting collaborative learningin small groups and suggests a number of ways in which you may begin to develop a range of skillswhich will enable you to encourage effective discussion and dialogic talk in your classroom. This mayentail a reconsideration of your own role as teacher. As Alexander suggests, if we want children to talkto learn as well as learn to talk then what they say probably matters more than what teachers say (2004: 19).

2 OBJECTIVESBy the end of this unit you should be beginning to: understand the need to change pedagogic practices; understand the meaning of Dialogue and dialogic talk; understand why this will have a productive effect on children s Learning and develop a range of skills to introduce dialogic talk in your DEVELOPMENTS IN PRIMARY EDUCATION240IS THERE A PROBLEM?We want to start this unit by looking at some of the issues and considering why these may be could begin by imagining that you are in a classroom observing a I want you all to think about the story we were reading yesterday. Can anyoneremember what it was called? Sit down, please, Sam. No, we don t call out. I amlooking for someone who is sitting quietly with their hand up. Yes, Alison, can you tellus the title?AlisonThe Iron Man?TeacherGood girl, that s right, it was called The Iron Man, wasn t it?

3 Can anyone rememberwhat happened to the iron man? Where did he come from? Where did he go? Yes,Danny, can you tell us?DannyFell off the is right, he walked up to the edge of the cliff and he fell off, well done!This is not a real example but one we made up to illustrate a common routine of question andanswer: elicitation, repetition and reformulation. You will notice who does most of the talking andmight like to ask yourself what sort of message this gives to children about the importance of their might also ask yourself why teachers seem to need to reformulate children s answers and praisethem for simply doing what they have been asked to do. This pattern of classroom talk, in which theteacher controls the discourse, asking the important questions, repeating children s answers and offeringpraise does not seem likely to advance children s thinking or develop their talking skills.

4 The prevalenceof this kind of routine has long been a matter of concern and this has come to a head quite 2002 (that is 5 years after the National Literacy Strategy Framework for Teaching was introduced),there was a general feeling that children s competence in speaking and listening was being held (English et al. 2002) showed that on average only 10 per cent of oral contributions by childrenaged 5 to 7 in the literacy hour were longer than three words and only 5 per cent longer than fivewords. Similar research (Elmer and Riley 2001) showed that teachers of 7 to 11-year-old childrenwere not asking sufficiently challenging questions and further research claimed that longer interactionsbetween teachers and children had dramatically declined since the introduction of the literacy spent the majority of their time either explaining or using highly structured questionand answer sequences.

5 Far from encouraging and extending pupil contributions to promotehigher levels of interaction and cognitive engagement, most of the questions asked were of alow cognitive level designed to funnel pupils response towards a required Most ofthe pupils exchanges were very short, with answers lasting on average 5 seconds and werelimited to three words or It was very rare for pupils to initiate the questioning.(Smith et al. 2004: 408)Their data forced them to conclude that, top-down curriculum initiatives like the NNS andNLS, while bringing about a scenario of change in curriculum design often leave deeper levels ofpedagogy untouched (p. 409). They suggest that there is a need for different approaches in order tochange habitual classroom behaviours and that changing pedagogic practices is the major challenge tothe future effectiveness of the strategies.

6 In this unit we look at some of the suggestions for speaking,listening and Learning that are already changing classroom practice in the primary : Learning Through DIALOGUE241 MAKING CHANGESG uidance appeared in schools at the end of 2003. This new material aimed to ensure that spokenlanguage, including drama, would be specifically taught and that there would be explicit links betweenthe literacy objectives in the NLS Framework. More significantly, for the first time, there would be aspecific rationale for progression in each of the four strands: speaking, listening, group discussion far more structured approach to speaking and listening was offered than we have seen hitherto; afar more detailed account of the relationship between speaking, listening and Learning . A new concept,teaching Through Dialogue or dialogic talk was introduced:Teaching Through Dialogue enables teachers and pupils to share and build on ideas in sustainedtalk.

7 When teaching Through Dialogue , teachers encourage children to listen to each other,share ideas and consider alternatives; build on their own and others ideas to develop coherentthinking; express their views fully and help each other to reach common Through Dialogue can take place when a teacher talks with an individual pupil, ortwo pupils are talking together, or when the whole class is joining in discussion.(DfES/QCA 2003: 35)DEFINING THE TERMSWhat do we mean by Dialogue ? How do we learn Through Dialogue ? In this unit , we hope to definethis term and consider why it is so important for children s Learning and your teaching. Talk in Learning is not a one-way linear communication but a reciprocal process in which ideas arebounced back and forth and on that basis take children s thinking forward (Alexander 2004: 48).

8 Indialogue, ideas are bounced back and forth, participants are equal partners striving to reach an agreedoutcome and trying out and developing what Mercer has described as the joint construction ofknowledge or becoming involved in a process of inter thinking (Mercer 2000). You can do this indialogue with your pupils; pupils can do it with each other in a process of joint enquiry (Barnes andTodd 1995). In order to create a dialogic repertoire in the classroom, It is not , to repeat orreformulate a pupil s contribution: what is said needs actually to be reflected upon, discussed, evenargued about, and the dialogic element lies partly in getting pupils themselves to do this (Alexander2004: 20).DIALOGIC TALK PROMOTING EXTENDED TALK AND THINKINGThe lack of extended talk and opportunity to articulate ideas has a limiting effect on children s thinkingskills which has been recognised as a problem that needs to be tackled.

9 The research carried out byRobin Alexander has had considerable impact on print and video materials for the classroom. Thismaterial has a new focus: the relationship between speaking and listening and children s than a teacher s questions eliciting brief responses from pupils, we see that dialogic talk is atype of interaction where teachers and pupils make substantial and significant DEVELOPMENTS IN PRIMARY EDUCATION242 The child as a powerful thinkerWhile sequences of Alexander s dialogic talk are not necessarily easy to achieve in the Early Yearsclassroom, nevertheless, all children need involvement in thoughtful and reasoned Dialogue (Mercer2003: 76) which should become a part of their oral repertoire. Larson and Peterson (2003: 309) indicatethat early childhood educators should give children ample opportunities to participate in extendeddiscourse forms, including narratives, explanations, pretend talk, and other forms of complexconversations, in order to achieve successful school-based outcomes.

10 As you develop your teaching, you will probably feel the need for some basic approaches to encouragedialogue, such as opening questions of the type Can you tell me what you have been doing? . Then, ofcourse, you need to listen to the child. This might sound obvious, but during the course of a busy dayin the classroom it is easy to forget, especially as talk is the easiest, most used and most accessible formof help which we give to children in order to further their Learning is often called scaffolding, aterm coined by Bruner. But Eve Gregory (1996: 21) warns us that, as Learning is different acrosscultures, so the scaffolding we provide should also take account of this classroom talkThe new approach requires you to consider making changes in the way you interact with children:there are features of language that are distinctively oral and do not occur in a written form and whichneed to be explicitly addressed in the classroom.

and communication skills often rank among the most critical for work related success. ... thinking, concise expression of plain english, logical association of ideas and organised speech are important, especially to specific contexts such as giving presentations 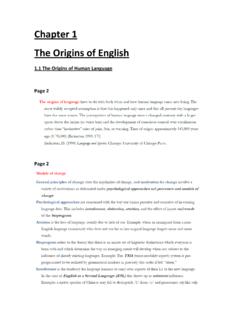 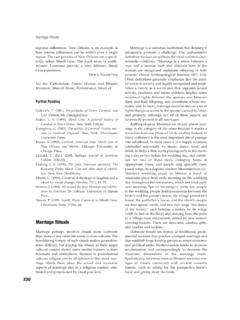 Rituals Leading to Marriage Rituals of marriage begin long before the actual wed-ding ceremonies. Whether the bride and groom fall in love or …

8 INTRODUCING TRANSLATION STUDIES 1.1 The concept of translation The main aim of this book is to introduce the reader to major concepts and models of translation studies. Because the research being undertaken in this

How do religious beliefs affect politics? Peter Mandaville THE QUESTION ... world and the order within it that locates the source of this creation and order 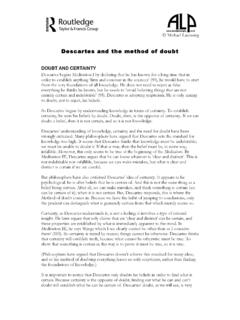 Descartes and the method of doubt

wouldn’t be able to have the concepts of dreaming and reality. So it literally doesn’t make sense to suppose that everything is a dream. While the objection makes a good point 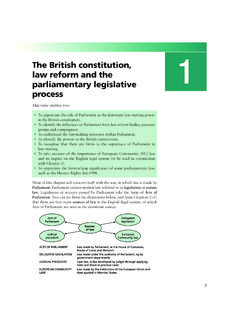 The British constitution, law reform and the …

The British constitution, law reform and the parliamentary legislative process This topic enables you: • To appreciate the role of Parliament as … 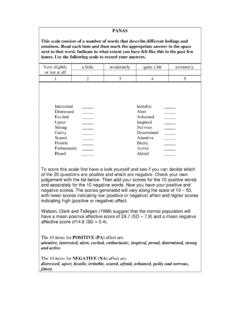 PANAS emotions. Read each item and then mark the ...

indicating high (positive or negative) affect. Watson, Clark and Tellegen (1988) suggest that the normal population will have a mean positive affective score of 29.7 (SD = 7.9) and a mean negative 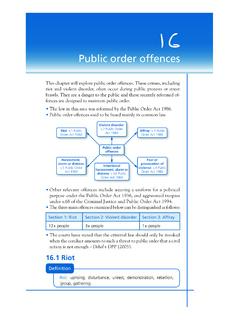 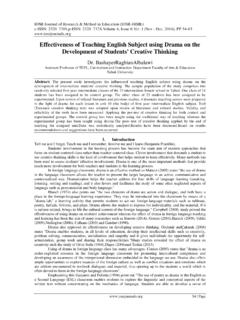 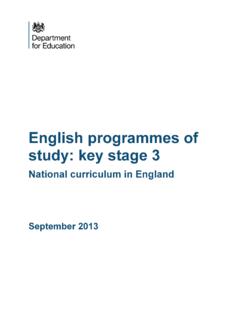 Aims The overarching aim for English in the national curriculum is to promote high standards of language and literacy by equipping pupils with a strong command of the ... 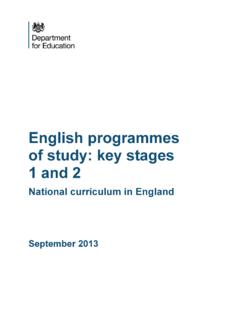