2 . use for their advertising campaigns, raising millions of dollars to line their pockets while providing very little to the actual legal representation.

2 Special Operations Chief Edward R. Gallagher in the Navy/Marine Corps Trial Judiciary (the criminal case ). Plaintiff, a decorated Navy SEAL, was accused of murdering an ISIS terrorist during his 2017 deployment to Iraq. 2. While the criminal case revealed instances of serious misconduct by the investigators and prosecutors, undiscovered and unchallenged by Vokey and Stackhouse, it also revealed a dark and predatory money-making scheme by Vokey and a non-profit UNITED American Patriots, Inc., ( UAP ). UAP claims to conduct fundraising to provide legal representation to military members accused of combat-related crimes. However, in reality, UAP targets servicemembers in need to 1. Case 3:19-cv-02196-L Document 1 Filed 09/13/19 Page 2 of 22 PageID 2.

3 Use for their advertising campaigns, raising millions of dollars to line their pockets while providing very little to the actual legal representation. Although initially registered and operated as a non- profit, UAP has been illegally repurposed as a cash generating engine to fund the for-profit law practices of Vokey and attorney John Maher ( Maher ), who were both on the Board of UAP. Vokey and Maher both prioritize UAP fundraising over their ethical obligations to provide effective representation to their clients and pursue similar strategies of prolonging cases to maximize their profits, at the expense of the military servicemembers they represent. 3. At the beginning of the representation, Defendant Vokey induced Plaintiff to allow him to represent him in the criminal case by promising that all legal fees would be covered by UAP and that Plaintiff would not be personally liable for any legal fees or expenses.

4 Vokey used his position as a member of the Board of Directors of UAP to assure Plaintiff that UAP would take care of everything. 4. Vokey and Stackhouse allowed Plaintiff to languish in pretrial confinement for several months, while engaging in delay tactics and needlessly running up the legal bills. As Plaintiff began to realize that he was being taken advantage of and abused by Defendants, he terminated Vokey for cause and severed the relationship with UAP. Another non-profit, Navy SEALs Fund, Co., ( NSF ) took up fundraising on Plaintiff's behalf and a new legal team took over the case. Stackhouse remained on the legal team briefly but quit shortly thereafter. Plaintiff went on to be acquitted of all serious charges at trial.

5 5. Although he had never produced any invoices or billing entries during the course of the representation, after his termination, Vokey violated the terms of Plaintiff's pretrial release and the ethical rules on ex parte contact with a represented party to present Plaintiff with a stack of outrageously inflated invoices. 2. Case 3:19-cv-02196-L Document 1 Filed 09/13/19 Page 3 of 22 PageID 3. 6. Vokey then began serving arbitration demands and a state COURT lawsuit on Plaintiff before the criminal case was even concluded. Vokey is demanding up to $1 million in alleged unpaid legal fees. In support of this outrageous claim, Vokey relies upon a dubious document which purports to be an engagement letter with Plaintiff. The Plaintiff has no recollection of ever signing the letter, he never received a copy of it, and it is dated on a day when Plaintiff was incarcerated without any legal visitors.

6 7. Colby Vokey, through counsel, then threatened NSF by falsely claiming he would place a lien on NSF in an effort to fraudulently induce NSF to send money to Vokey. On information and belief, Vokey did not attempt to collect money from UAP, the nonprofit entity that agreed to pay Vokey's fees. 8. Plaintiff is seeking declaratory judgment that he does not owe any legal fees to Vokey or Stackhouse and that, if any fees are due, Vokey and Stackhouse may only recover from UAP, not Plaintiff. PARTIES. 9. Plaintiff Edward R. Gallagher, is a Florida resident. 10. At all relevant times, Defendant Colby Vokey ( Vokey ) was, and is, a Texas resident. 11. At all relevant times, Defendant Colby Vokey, (the Vokey Firm ) was, and is, a Texas professional corporation, with its principle place of business in Dallas, Texas.

7 Although registered with the Texas Department of State under the name Colby Vokey, , Defendant Vokey has used the fictitious names Colby C. Vokey, and Law Firm of Colby C. Vokey, on various documents. 12. At all relevant times, Defendant Phillip Stackhouse ( Stackhouse ) was, and is, a California resident. Defendant Stackhouse is an attorney, operating under the name Military 3. Case 3:19-cv-02196-L Document 1 Filed 09/13/19 Page 4 of 22 PageID 4. Defender. Although Stackhouse is not licensed to practice law in the State of California, he maintains his principle place of business in San Diego, California. 13. At all relevant times, Defendant UNITED American Patriots, Inc. ( UAP ) was, and is, a North Carolina corporation, with its principle place of business in Arlington Virginia.

8 UAP is a 501(c)(3) non-profit that does business in the State of Texas. JURISDICTION AND VENUE. 14. This COURT has subject matter jurisdiction pursuant to 28 1332(a)(1), because Plaintiff and Defendant are citizens of different STATES and the amount in controversy exceeds $75,000, exclusive of interests and costs. 15. Venue is proper in this DISTRICT , pursuant to 28 1391(b)(2), because a substantial part of the events giving rise to Plaintiff's claims occurred in this DISTRICT . In the alternative, venue is proper in this DISTRICT , pursuant to 28 1391(b)(3), as Defendants Vokey and the Vokey Firm are residents of the NORTHERN DISTRICT of Texas. STATEMENT OF FACTS. Background of UAP. 16. UAP was founded in 2005 by Major Bill Donahue, a Vietnam veteran who wanted to help raise money to provide legal services to military members accused of combat related crimes.

9 17. According to its website, the UAP is a tax exempt, not-for-profit corporation pursuant to Section 501(c)(3) of the Internal Revenue Service Code. 18. The stated mission of UAP is to provide funds for legal services to military personnel who have been charged with crimes while in combat.. 4. Case 3:19-cv-02196-L Document 1 Filed 09/13/19 Page 5 of 22 PageID 5. 19. The UAP program that purports to fund legal representation is called the Warrior Fund. Through this program, service members may apply for a sponsorship. According to the UAP. website, once an applicant is accepted, he or she can expect to: have the best legal defense team (attorneys, investigators, experts, graphic artists, and legal consultants) funded by UAP to protect his/her rights, and defend against a wrongful accusation or conviction of a War Crime.

10 20. In addition to legal defense related expenses, the website also stats that: UAP will provide funding for functional support to assist with a Warrior's reintegration. This may include: training, education, counseling, health care, and legal support; upgrades of military records; access to veteran's benefits; and, if unjustly imprisoned, visitation from loved ones and stipends to help with family needs, books, stamps, magazines, etc . 21. While UAP may have been started with the best of intentions, as the organization grew and donations moved into the millions, greed took over and the organization began bleeding cash to support the for-profit desires of a few involved individuals, while paying little more than lip service to its stated mission of helping our military members.

Nov 27, 2021 · Wrong Turn (2021) Charlotte Vega, Matthew Modine. Despite warnings to stick to the Appalachian Trail, hikers stray off course and cross into land inhabited by a hidden community of mountain dwellers who use deadly means to protect their way of life. (R) Å The Blackcoat’s Daughter (2015) Emma Roberts, Kiernan Ship-ka. (R) Å 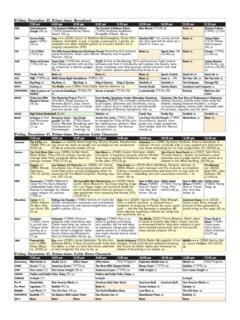 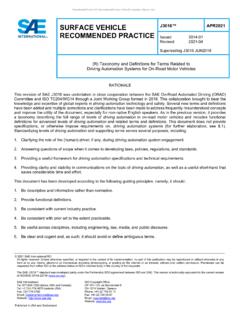 S EMIFINALISTS IN THE 2022 NATIONAL MERIT …