2 Absent: Commissioner Stuart Rosebrook The June 6, 2017 minutes were approved by unanimous consent. The June 20, 2017 work session minutes were approved by Commissioners Bauer, Gahn and Haugen, with Commissioner Wilson abstaining on the vote. Process for Consideration/Determination of PUD Application & Development Plan submitted by UNIVERSITY Lake Partners II, LLC (ULP): Chair Bauer outlined the timeline for considering all information and reports provided to the commission with July 13th to consider all submitted information. Bauer anticipates a formal recommendation for the city council to occur at the August 1st meeting. Bauer outlined the 45 day time limit for consideration of the PUD application.

4 Bauer and Haugen stated that without an extension, they would vote No to the application. Bauer stated he does not want the division that occurred with the One UNIVERSITY Place PUD application. Bauer recommends a city-wide mailing to property owners the week of July 5th. Jim Glasgow, ULP developer, stated the developers thought they could provide all necessary and requested information within the 45 day timeframe; with the MPOJC traffic report the most critical item. Glasgow asked for clarification on remaining items needed by the commission. Bauer stated they still need the MPOJC staff report and mailed notice to the city's property owners. Bauer stated he feels adequate notice to citizens is essential in this process.

5 Glasgow replied they would like to have the public meetings at council level . Greg Stiltner, ULP developer, asked Bauer for a list of outstanding items for consideration. Bauer replied the commission would like to see architectural drawings with parking, floor and site plans. Commissioner Haugen stated she was not aware this application was a proper PUD application but rather a notice of interest . Stiltner asked if public input was required by the city. Commissioner Wilson stated he thought it was essential to have public input and that a development with this kind of impact on the community needs to be seen and commented on by the citizens. Bauer asked Emily Bothell and Darian Nagle Gamm, with MPOJC, if the submitted PUD application supplied the information needed for the staff report.

7 Ballard commented there are additional items he needs and he can work with the developers. The developers agreed to waive the 45 day time limit until July 13th. Open Meetings & Public Records Requirements: The commission received a PDF of a PowerPoint presentation from Attorney Ballard. Ballard reminded that any e-mails (received or sent) that deal with zoning issues are considered a public record. Ballard reminded that commission to retain items that pertain to their role on the commission. Public Input: Al Leff, Nick Herbold and Ann Dudler addressed the commission with their concerns. Consideration/Discussion of MPOJC's Preliminary Trip Generation & Traffic Impact Analysis: Emily Bothell, Assistant Transportation Planner with MPOJC, addressed the commission regarding the traffic study conducted for the proposed development.

8 Bothell provided an update report to the commission, as it inadvertently did not include existing trips at the access point for the site. Visual analysis concluded an additional 10 trips in the morning and afternoon from the access point. The increase in delay from those trips was negligible. According to their analysis, the development will generate approximately 78 trips in the am peak hour and 83 trips in the pm peak hours. The study area was expanded to include Koser Avenue to Hawkins Drive. A capacity analysis using signal timing and sim-traffic software used peak hour traffic counts collected in 2016 and 2017 at each of the intersections. The software computes a letter grade based on seconds-of delay and all intersections, within the study area, operate at a level of C or better.

10 Bothell reiterated that collision data do not indicate a significant safety concern. Visibility seems to be unlimited to the west and east, although there is visual clutter to the east; a utility pole and railing which drivers need to look past to see. MPOJC does not expect the proposed development to have a detrimental impact on traffic in the study area, nor does it appear that it will cause undue delays for guests exiting the property. Haugen asked if the 78 and 83 trips during peak hours were generated with the assumption that guests stayed multiple nights. The Institute of Transportation compiles statistics based on traffic observations at various hotels. 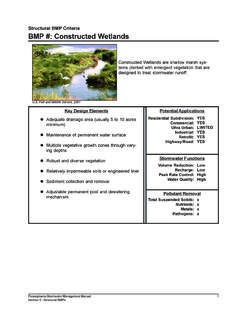 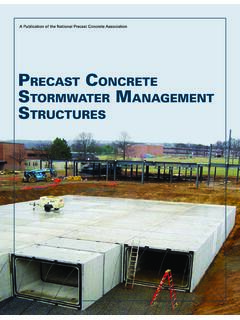 A Publication of the National Precast Concrete …