Update of Cannabis and its medical use - WHO

Update of Cannabis and its medical use Bertha K. Madras Professor of Psychobiology Department of Psychiatry Harvard medical School McLean Hospital Alcohol and Drug Abuse Research Program Oaks Building, Rm 342. 115 Mill Street Belmont, MA 02478. The author alone is responsible for the views expressed in this publication and they do not necessarily represent the decisions or policies of the World Health Organization. 37th ECDD (2015) Agenda item Cannabis Contents Preface .. 3. 3. The focus on Cannabis .. 3. Section 1. The Cannabis plant and history of medical use.

37th ECDD (2015) Agenda item 6.2 Cannabis Page 3 of 41 Preface This update of cannabis and its medical use was commissioned by the Secretariat of the Expert

Medical, Cannabis and its medical use, Cannabis

1 Update of Cannabis and its medical use Bertha K. Madras Professor of Psychobiology Department of Psychiatry Harvard medical School McLean Hospital Alcohol and Drug Abuse Research Program Oaks Building, Rm 342. 115 Mill Street Belmont, MA 02478. The author alone is responsible for the views expressed in this publication and they do not necessarily represent the decisions or policies of the World Health Organization. 37th ECDD (2015) Agenda item Cannabis Contents Preface .. 3. 3. The focus on Cannabis .. 3. Section 1. The Cannabis plant and history of medical use.

2 4. Section 2. Cannabis chemistry, preparations .. 5. Section 3. Cannabinoid biology, signaling in brain and peripheral 6. Section 4. Cannabis toxicity in humans .. 9. Section 5. Dependence, Abuse and Cannabis Use Disorder (CUD) .. 14. Section 6. The use of Cannabis for medical purposes .. 16. Summary and Conclusions .. 26. References .. 27. Page 2 of 41. 37th ECDD (2015) Agenda item Cannabis Preface This Update of Cannabis and its medical use was commissioned by the Secretariat of the Expert Committee on Drug Dependence, Department of Essential Medicines and Health Products, World Health Organization.

3 This document is not a comprehensive review of the literature on Cannabis , but a summary of the current status of the field and a framework to incorporate new information as it arises. Terminology Cannabis . Cannabis is the preferred designation of the plant Cannabis sativa, Cannabis indica, and of minor significance, Cannabis According to the 1961 United Nations Single Convention on Narcotic Drugs, Cannabis is defined as the flowering or fruiting tops of the Cannabis plant (excluding the seeds and leaves when not accompanied by the tops) from which the resin has not been extracted, by whatever name they may be designated.

4 2 Cannabis resin means separated resin, whether crude or purified, obtained from the Cannabis plant . These definitions are narrower than the botanical definition and as a consequence, certain parts of the plant are not under international control. The term Cannabis will be used instead of marijuana, or other names indigenous to local cultures, unless there is a need to refer to a specific phrase, medical marijuana ballot initiatives. Its use for medicinal, ritual or recreational purposes results from the actions of cannabinoids in the Cannabis plant.

6 This is because it has been suggested that the Cannabis plant contains chemicals that may be useful for treating illnesses or symptoms. Therefore, it has been advanced that whole plant Cannabis could be used for medical purposes. The plant contains at least 750 chemicals, among which are some 104 different ,4 The boundaries drawn in this summary between Cannabis and isolated cannabinoids is based on the following considerations: (a) To avoid confusing terminology;. (b) The composition, bioavailability, pharmacokinetics and pharmacodynamics of botanical Cannabis differs from extracts or purified individual cannabinoids.

7 (c) The bioavailability of active cannabinoids in Cannabis , delta-9-tetrahydrocannabinol (THC) and cannabidiol (CBD), cannot be predicted because differences in smoking or vapor inhalation vary between users and types of delivery systems. In contrast, a fixed oral dose of a cannabinoid can be quantified in plasma or whole blood samples, yielding relatively predictable results;. (d) To avoid extrapolating to Cannabis conclusions drawn from meta-analyses and primary sources reporting efficacy of purified and medically approved cannabinoid formulations at fixed doses, from randomized controlled trials (RCT).

8 Approved cannabinoids are oral or sublingual spray preparations, whereas Cannabis is used predominantly by smoking, inhalation from water pipes or vaporizing, a rapid Page 3 of 41. 37th ECDD (2015) Agenda item Cannabis form of brain delivery considered a route of administration with higher addiction potential for some drugs, although this principle is not established for cannabis5, 6, 7,8 (see Pharmacokinetics, below);. (e) To avoid extrapolation and appropriation of safety data generated from isolated and medically approved cannabinoids (with known doses) to whole plant Cannabis , for which there are no guidelines for doses.

9 A description of cannabinoids that have undergone rigorous approval processes as legitimate medications (with reproducible composition of matter, purity and stability, fixed doses and known pharmacokinetic properties, dose-response efficacy, safety testing, side effect profiles, other criteria), is beyond the scope of this summary. At times, information on specific cannabinoids may be included, if comparisons with botanical Cannabis are instructive. Some cannabinoids have approved therapeutic applications. For instance, the psychoactive cannabinoid, THC ( , within Marinol ), has approval for either its anti-emetic and appetite stimulating properties or as a treatment for multiple scelerosis in Canada, Denmark and the United States, and Sativex , a combination of THC and CBD, has approval for spasticity in 25 countries.

10 Preclinical research has suggested other potential therapeutic applications for non-psychoactive phytocannabinoids. For example, CBD has putative therapeutic applications for treating psychosis, affective and seizure disorders, inflammation, and neurodegenerative disease. 9 , 10 , 11 Delta-9-tetrahydrocannabivarin, another phytocannabinoid, may also be useful for treating epilepsy and obesity. Botanical Cannabis is legally permitted for limited medical use in several countries including 23 states of the United States, in several European countries, Canada and Israel. 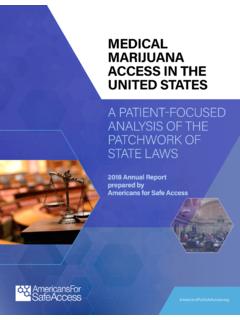 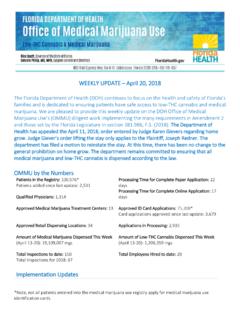 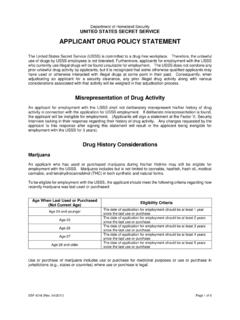