2 Special H. attention is drawn to industrial cities which are the closest examples to our modern PL O. cities. The article also studies the urbanization process and the main analyses made by classical as well as modern Urban Sociology. The processes of globalization are taken M SC. into account in the general discussion. The main problems of Urban spaces in developing countries are analyzed. 1. The Origins of the city SA NE. City' and town' have different meanings according to language and place. In Spanish, Italian or German, for example, one word contains both concepts. In the United States, a U. city is an administrative unit ruled by a mayor and a city council. In the United Kingdom, a city is traditionally a place where a Bishop dwells and it is identified territorially by a church or a cathedral. In both cases, the historical roots of cities have determined the subtle differences in those concepts: USA built its first cities in an age when religious influence on society was decreasing, and when the Catholic Church had definitely lost social power in Anglo-Saxon communities.

3 Urban planning is also known in USA as city planning' (the American Institute of Planners was originally founded in 1917 as the American City Planning Institute), and in the UK as town planning' (the Town Planning Institute was founded in UK in 1914). There it is generally accepted that a town exceeds 3000 people, whereas in USA. a town ranges from 5000 people upward. The borderline between villages and towns, and towns and cities, are sometimes subtle, and the very difference between Urban and rural spaces might be confusing, making it difficult to draw a clear line between them. Encyclopedia of Life Support Systems (EOLSS). SOCIAL AND ECONOMIC Development Vol. III - Urban Development and its Forms: Origins and New Challenges for the Twenty-First Century - Mercedes Pardo and Jos M. Echavarren In history, there is evidence of permanent human settlements at around 10 000 , before the discovery of agriculture.

4 They were basically settlements of hunters and gatherers, who did not use extensive agriculture but had some knowledge about the basic principles. Agriculture was the result of the combination of a climate change that made available new land areas of the planet and of social and technological factors. There was a trend of growth of population due to better territory control. This growth of population showed some constraints as the communities of hunters and gatherers could not sustain increased pressure on the environment by human inhabitants without collapsing. Population control was implemented through infanticide, longer periods of lactation or sexual inhibition. All these measures were a psychological and a social burden. The Development of agriculture made it possible to establish an important food surplus in towns, with a resulting increase in commerce, the creation of important commerce networks, and the growth of its political power in relation to its surroundings.

5 Towns with public buildings made of brick or stone appeared for the first time around the third and fourth millennium in the rich valleys of the Indus River, S. TE S. the delta area of the Tigris and Euphrates rivers, the lower Nile valley, and the east R. AP LS. China coast. At that time, there was not a strict difference between rural and Urban ways of life, and in fact most of town dwellers were peasants. The Development of agriculture led eventually to further advances: the Development of astronomy, in order to know C EO. more exactly the best dates to harvest; mathematics, in order to calculate profits and the quantity of surpluses stored in warehouses; and writing, needed for having a written record of these activities. This helped to create a new social class, tied to religious duties, exempted from physical labor. An administrative body was developing, making a more complex Urban society.

6 Division of labor and central direction spread. The E . existence of an agricultural surplus in towns led to another unintended effect, the H. frequent raids of tribes of nomads searching for food and manufactured goods. Because PL O. of this, another distinctive feature of towns, alongside temples (to house the bureaucratic body) and palaces (for the political power) was created: city walls. In time, M SC. rich civilizations would rise, creating cities and empires. The first form of Urban space, that was hegemonic until the seventeenth century SA NE. was that of a classic container: an imposing mass of monumental buildings, usually protected by a wall and surrounded by closely built residential quarters, workshops, minor shrines or temples, and markets, threaded by alleys, streets, or processional ways, U. the whole area enclosed by one or more heavy walls, moats, and canals and entered only through massive gates.

7 Such a city covers a dozen or many hundred acres. Another, looser form , in which the magnet prevails over the container, is also visible. This open form , which possibly characterized the pyramid age of Egypt, appeared later in the Acropolis cities of the Aegean and the ceremonial centers of Meso-America. Here, priestly authority rather than royal coercion, provided protection and controlled economic activities, giving dominance to the temenos, or sacred precinct. The population that served this area and periodically gathered there was distributed in neighboring villages, suburbs, and country estates. This open Urban pattern preserved the institutional order of the citadel but by its salubrious spaciousness escaped the serious sanitary disadvantages of the closely built type (Sills, 1972: 450). In origin , the shape of the city was determined by factors such as topography, existing paths or public buildings, vegetable gardens and so on.

8 The results of this unplanned Encyclopedia of Life Support Systems (EOLSS). SOCIAL AND ECONOMIC Development Vol. III - Urban Development and its Forms: Origins and New Challenges for the Twenty-First Century - Mercedes Pardo and Jos M. Echavarren town were winding roads and labyrinthine layouts. Sometimes, towns would grow more or less out of control around a symbolic center made by the religious and political buildings. Eventually some pattern of Urban planning was applied; grid planning appeared as the most popular one in classic times. The main supporter of grid planning was Hippodamos of Miletus, he was active around the fifth century , and is said to have designed Pireus, Athens' Port. City Year Population Alexandria 100 Amsterdam 1470 Antwerp 1430 Baghdad 1000 Barcelona 1350 Beijing 1500 S. TE S. Berlin 1450 Bologna 1370 R.

9 AP LS. Brussels 1496 Cairo 1500 Constantinople 1000 C EO. Cordova 1000 Edo (Tokyo) 1800 Kyoto 1000 Leipzig E . H. London 1800 PL O. Luo Yang 100 Paris 1190 M SC. Patan 1000 Rome 100 Venice 1360 SA NE. Vijayanagar 1500 Table 1. Estimated population of historical cities U. Source: Russell (1958) and Chandler (1987). Grid planning's basic characteristic is the design of the town following a plan consisting of rectilinear blocks and straight streets, usually with a square created by leaving a block or part of a block unbuilt. Most of the planned cities from the classic age until the nineteenth century follow this pattern. Greek colonies spread this model through southern Europe, and the Roman Empire brought it beyond. When the Roman Empire fell, Germanic tribes adopted it and expanded the concept to all Europe, if not as a matter of fact, at least as an ideal to be applied.

10 In fact, the so called barbarian kingdoms were conducted by people uneasy with Urban life, and towns many times adopted an Urban landscape , tending to dissolve the city into many rural nuclei. This pattern was stronger in northern Europe. Bending narrow streets were also easier to defend from enemies' attacks, creating barriers like city walls, the church being the city castle. Encyclopedia of Life Support Systems (EOLSS). SOCIAL AND ECONOMIC Development Vol. III - Urban Development and its Forms: Origins and New Challenges for the Twenty-First Century - Mercedes Pardo and Jos M. Echavarren With the Development of artillery, city walls changed, and Urban patterns changed as well, adapting to the new defense strategy, namely, the citadel. The citadel did not present a straight wall, but an angled one that enhanced radial Urban patterns because the city was enclosed within a polygon. 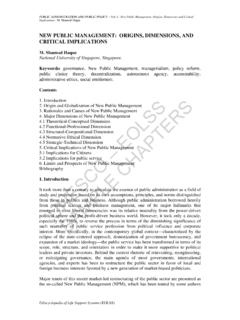 Desertification and Deforestation in Africa 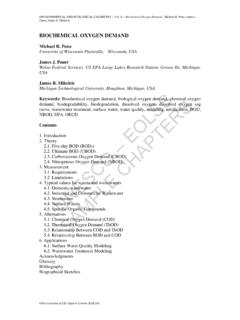 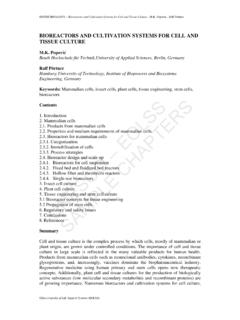 BIOREACTORS AND CULTIVATION SYSTEMS FOR … 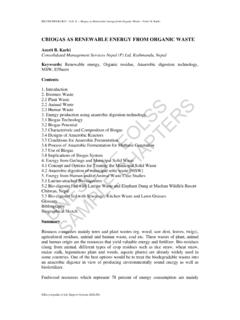 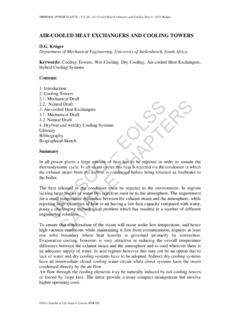 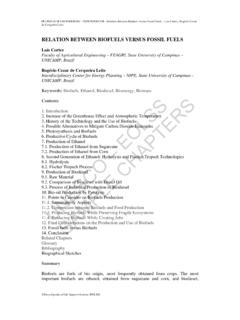 RELATION BETWEEN BIOFUELS VERSUS FOSSIL FUELS

Between, Versus, Relations, Fossils, Biofuels, Relation between biofuels versus fossil 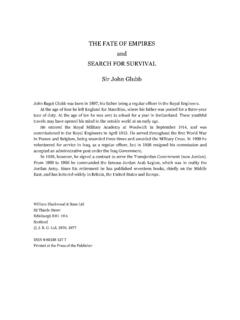 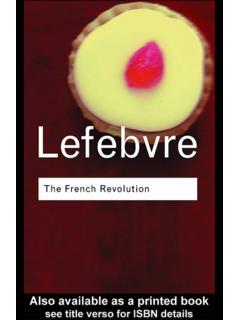 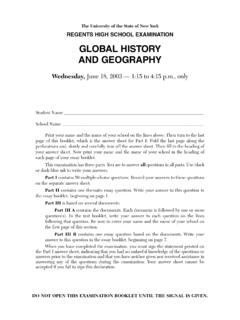 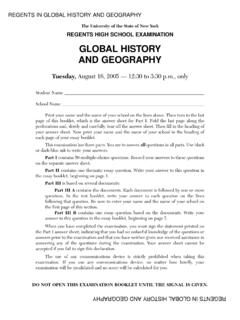 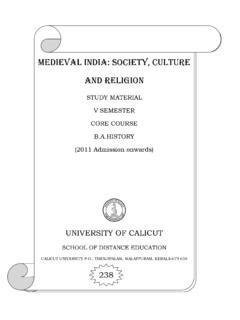