URGENT INJUNCTION applications : BEST PRACTICE AND PITFALLS. TO AVOID. INTRODUCTION. 1. Pre-emptive relief may often be determinative of the course of litigation; the effect of an early tactical advantage is frequently difficult to reverse. What follows is intended to help applicants and respondents: (1) focus on the circumstances in which injunctive relief (particularly in the context of without notice applications ) is genuinely appropriate;. (2) highlight important aspects of the practice and procedure governing applications for interim injunctions;. (3) understand the content of the duties on a without notice applicant and the consequences of breach.

1 URGENT INJUNCTION applications : BEST PRACTICE AND PITFALLS. TO AVOID. INTRODUCTION. 1. Pre-emptive relief may often be determinative of the course of litigation; the effect of an early tactical advantage is frequently difficult to reverse. What follows is intended to help applicants and respondents: (1) focus on the circumstances in which injunctive relief (particularly in the context of without notice applications ) is genuinely appropriate;. (2) highlight important aspects of the practice and procedure governing applications for interim injunctions;. (3) understand the content of the duties on a without notice applicant and the consequences of breach.

2 (4) consider in more detail the duty of full and frank disclosure;. (5) examine the role of undertakings, or cross-undertakings, in damages;. (6) understand some of the issues which arise on implementation and enforcement of the order. 2. Just as early success may strengthen a claimant's hand, the bloody nose of an unsuccessful application can have lasting consequences. 3. A convenient starting point (and salutary lesson) for those advising a prospective applicant for URGENT injunctive relief is the decision of Henderson J in Franses v Somar Al Assad and Ors [2007] EWHC 2442(Ch) where the court held a without notice freezing INJUNCTION obtained by a liquidator against a judgment creditor was: (1) improperly made without notice.

3 (2) suffered from severe procedural flaws; and (3) obtained against a backdrop of a breach of the duty of full and frank disclosure in 2 respects. 4. The cumulative effect of the deficiencies justified an award of costs against the liquidator applicant on the indemnity basis. The public criticism of the legal team involved was not probably particularly welcome either. JURISDICTION. 5. The jurisdiction of the High Court to grant injunctions (and, more particularly, freezing injunctions) was the subject of recent review by the House of Lords in Fourie v Le Roux [2007] UKHL 1; [2007] 1 WLR 320. 6. The main speech was delivered by Lord Scott of Foscote, from which it is possible to extract the following propositions: (1) the word jurisdiction is potentially ambiguous.

4 In the strict sense, jurisdiction is a reference to the court's power to grant the relevant relief. Sometimes, however, jurisdiction is used to describe the settled practice governing the exercise of the power; the High Court's power to grant injunctions is derived from the pre- Supreme Court of Judicature Act 1873 powers of the Chancery courts, a power 1. now confirmed in s 37 of the Supreme Court Act 1981 ;. 1. Which provides (so far as is relevant): (1) The High Court may by order (whether interlocutory or final) grant an INJUNCTION or appoint a receiver in all cases in which it appears to the court to be just to do so.

5 (2) Any such order may be made either unconditionally or on such terms and conditions as the court thinks just. (3) The power of the High Court under subsection (1) to grant an interlocutory INJUNCTION restraining a party to any proceedings from removing from the jurisdiction of the High Court, or otherwise dealing 1. (2) whether the jurisdiction has been properly exercised by a judge does not involve a review of discretion but an examination of the restrictions and limitations placed on the power by a combination of judicial precedent and rules of court;. (3) provided the court has in personam jurisdiction over the person against whom an INJUNCTION , whether interlocutory or final, is sought, the court has jurisdiction, in the strict sense, to grant it.

6 (4) as to the granting of interim relief in relation to proceedings that have been or about to be commenced in a foreign state, jurisdiction (in the strict sense) exists by virtue of the Civil Jurisdiction and Judgments Act 1982, as extended by the Civil Jurisdiction and Judgments Act 1982 (Interim relief) Order 1997 (SI. 1997/302);. 2. (5) in suitable circumstances a freezing order may be, and often is, granted and served on the respondent before substantive proceedings have been instituted. Such an order is valid and of immediate effect but if proceedings for substantive relief are not instituted, the freezing order may lapse in accordance with its own terms or, on an application by the respondent, may be discharged.

7 (6) no activation of the court's jurisdiction to grant an INJUNCTION by issue of substantive proceedings is, therefore, needed;. (7) whenever an interlocutory INJUNCTION is applied for, the judge, if otherwise minded to make the order, should pay careful attention to the substantive relief that is, or will be, sought;. (8) in deciding whether, in the words of s 37 of the SCA 1981, it is just and convenient to grant an INJUNCTION , the court must have regard to the interests of the defendant as well as the claimant;. (9) it is very difficult to visualise a case where the grant of a freezing order, made without notice, could be said to be properly made in the absence of any formulation of the case for substantive relief that the applicant for the order intended to institute.

8 (10) at the least a draft claim form might be expected;. (11) the respondent to a without notice freezing INJUNCTION made without substantive proceedings having been started is entitled to the protection of directions about the institution of such proceedings. 7. As to the power of a Master or District Judge sitting in the High Court to grant an interim 3. INJUNCTION , see Practice Direction Interim Injunctions, paras to & Civil Procedure (the White Book), 2008, vol 1, at para In cases of urgency in the mercantile court and a mercantile judge is unavailable, the application may be dealt with by another judge 4.

9 (including a district judge): see PD Mercantile Courts and Business Lists, para . 8. So far as county courts are concerned, s 38 of the County Courts Act 1984 confers a general power, subject to regulations, for a county court to make any order which could be made by the High Court of the proceedings were in the High Court. with, assets located within that jurisdiction shall be exercisable in cases where that party is, as well as in cases where he is not, domiciled, resident or present within that jurisdiction. (4) . (5) . 2. And, by extrapolation, any other interim order. 3. Reproduced in Civil Procedure (the White Book), 2008, vol 1, at p 637.

10 4. Reproduced in Civil Procedure, vol 2, p 396. But see also, para F15 of the Mercantile Court Guide for the Bristol Mercantile Court. 2. 9. The county courts' jurisdiction to grant freezing injunctions and search orders is expressly restricted by virtue of the County Court Remedies Regulations 1991. OVERVIEW OF AVAILABLE RELIEF. 10. CPR (1) contains some common (and some less common) forms or interim relief; it is not exhaustive as sub-paragraph (3) makes plain: The fact that a particular kind of interim remedy is not listed in paragraph (1) does not affect any power that the court may have to grant that remedy. 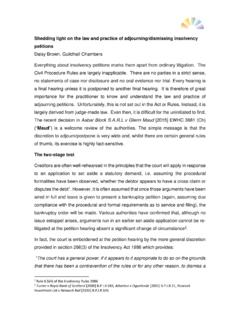 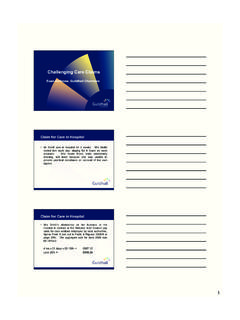 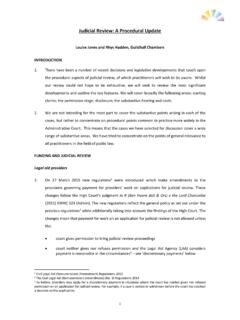 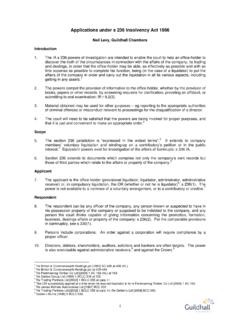 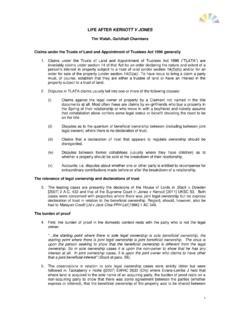 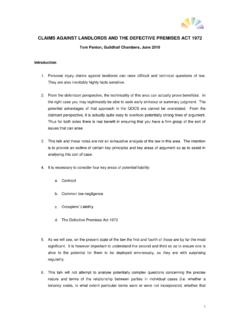 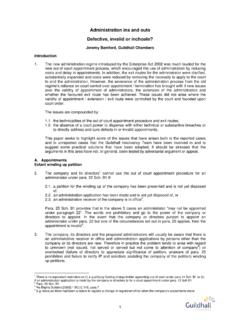 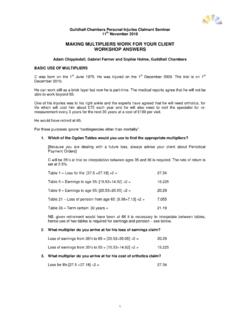 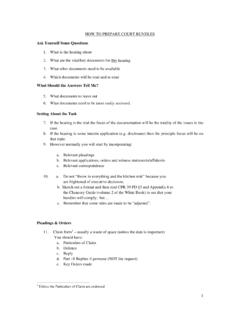 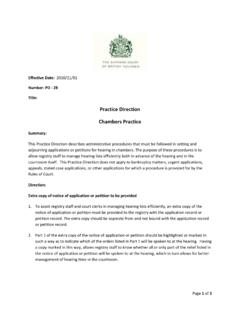 Page 3 of 3 10. The requisition to reset the hearing of an application or petition must set out the following: a. the new date and time for the hearing

Designation: B117 – 11 Standard Practice for Operating Salt Spray (Fog) Apparatus1 This standard is issued under the ﬁxed designation B117; the number immediately following the designation indicates the year of 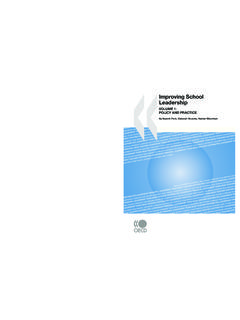 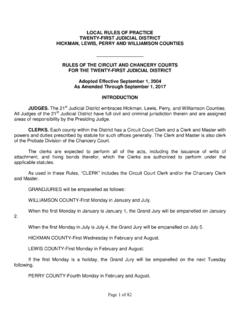 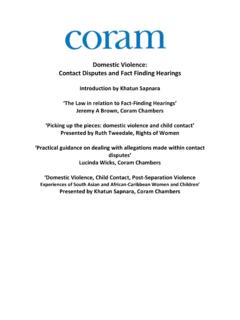 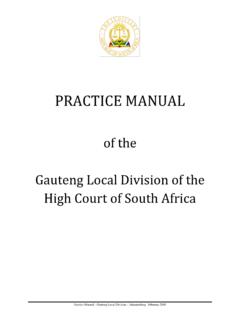 The war for talent

Once united by a talent mindset, the leadership group must foster the right talent-building behavior by holding regular discussions to review the performance of …

Talent, The war for talent