Use of social media by college students: …

Journal of Technology Research Use of social media, page 2 INTRODUCTION New developments in the technological world have made the internet an innovative way

2 These findings provide implications for future research on why these social networking sites have gained popularity. Keywords: college students , social media , social networking, communication, and self-concept, Copyright statement: Authors retain the copyright to the manuscripts published in AABRI. journals. Please see the AABRI Copyright Policy at Use of social media , page 1. Journal of Technology Research INTRODUCTION. New developments in the technological world have made the internet an innovative way for individuals and families to communicate. social media networks have created a phenomenon on the internet that has gained popularity over the last decade. People use social media sites such as Facebook, Twitter, and Myspace to create and sustain relationships with others (Boyd &. Ellison, 2007). These social media sites let those who use them create personal profiles, while connecting with other users of the sites.

4 Significance of Study This field of study is important because sociability is an underlying theme in using forms of social media . Since this social media phenomenon is continuing to grow at a fast pace, it is important to understand the effects it has on personal communication. social media networks offer a straightforward way to converse with peers and get peer feedback, as well, which may influence a young adult's self-esteem (Pempek et al., 2008). For example, Facebook is used primarily by students to maintain relationships with individuals they are acquainted with who live near and far (Quan-Haase & Young, 2010). Facebook makes it simpler to communicate with multiple people at one time. social media may also make it easier for users to monitor activities of people they have not seen in a while as well as reconnecting with new and old friends (Quan-Haase & Young, 2010).

5 Theoretical Framework Erikson's theory of human development combined with Arnett's theory of emerging adulthood provides the theoretical framework of this study. Erikson described late adolescence as a time where there are many prospects of love, work, and worldwide views (Arnett, 2000). There have been various changes in the past century, such as delayed marriage and parenting that have changed the adolescence and early adulthood stages into a more transitional time period. Emerging adulthood has developed into a more contemporary stage of development for individual in their late teens and early twenties. Emerging adulthood, which is described as ages 18-25, is a combination of the late adolescence and early adulthood stages previously identified. It is a time where individuals are trying to find a sense of self worth while exploring possibilities of love, work, and world views (Arnett, 2000).

7 3. Is there a relationship between self-concept of college students and their use of social media ? REVIEW OF LITERATURE. All the studies reviewed for this review of literature used samples whose participants were college undergraduate students . college students ' use of social media is happening in rapidly growing amounts as new technology becomes available. Computer-mediated communication allows young adults to interact over social media with family and friends. Few studies have been conducted to examine how using social media and other computer-mediated communication affects communication skills (Baker & Oswald, 2010). Boyd and Ellison (2007) defined social network sites as public web-based services that allow users to develop a personal profile, identify other users ( friends ) with whom they have a connection, read and react to postings made by other users on the site, and send and receive messages either privately or publicly.

8 Individuals may choose to send private messages, write on other user's walls, organize social activities, and keep informed about other user's daily activities. However, users can limit themselves on what information they would like to share publicly with others. Some items they may choose to include are: pictures, favorite books and movies, birthday, relationship status, and location (Tufekci, 2008). Baym, Zhang, and Lin (2004) studied social interactions of college students across all media . Their results indicated that 64% still prefer face-to-face interaction, prefer the telephone, and only prefer the internet for making social contacts. The internet interactions reported showed that e-mail was by far the most dominant form of contact, followed by chat and instant-messaging (Baym et al., 2004). Of the 51 participants in the study, 49.

9 Reported conducting their social life contacts through at least two, and often three, methods on any given day (Baym et al., 2004). Similarly, one study reported that over 27% of young adults used a social networking site every day in 2009 (Lenhart, Purcell, Smith, & Zickuhr, 2010). social network sites help fulfill communication needs and wants. It is a convenient method of communication and provides the ability to stay connected with friends and family, but on the users own rate and time (Urista, Dong, & Day, 2009). Users can manage their interactions within their own schedule by choosing when they want to read and respond. The internet communication is a solitary activity usually done alone. However, it is efficient because it is a one-to-many method of communication that allows users to quickly spread information. Use of social media , page 3.

10 Journal of Technology Research Extent of Usage of social media According to Lenhart et al., (2010), about 57% of social network users are 18-29 years old and have a personal profile on multiple social media websites. In a study by Pempek, Yermolayeva, and Calvert (2009), the amount of time spent daily on social network sites varied greatly. However, an analysis of the data indicated most participants spent approximately 30. minutes a day socializing, mostly during the evening hours between 9 to 12 students spent an average of 47 minutes a day on Facebook. More than 50% of college students go on a social networking site several times a day (Sheldon, 2008). Quan-Haase and Young (2010). found that 82% of college students reported logging into Facebook several times a day. Younger students tended to use Facebook more frequently than older students to keep in touch with friends from high school or from their hometown (Pempek et al.) 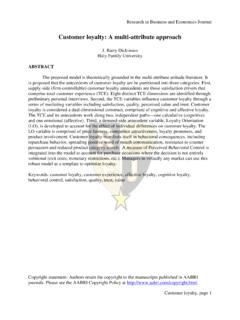 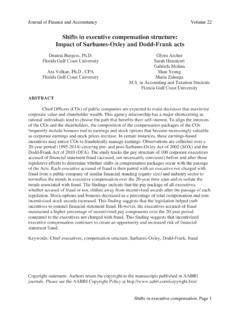 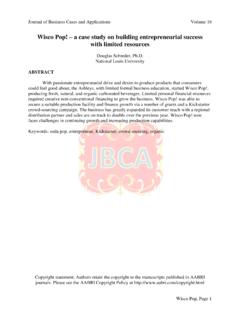 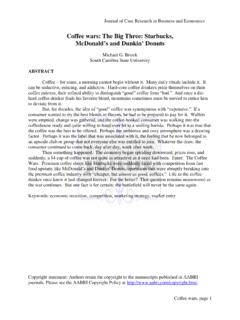 Using the Technology of Today, in the Classroom …

4 using the technology of today, in the classroom today New Technologies...New Learning Why digital gaming, simulations, and social networking? Simply put, these technologies afford us the ability to 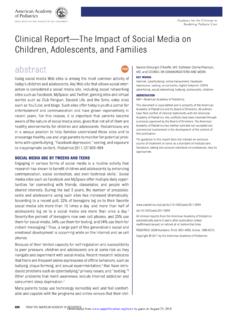 Social Media its Impact with Positive and Negative …

Using the technology of today, in the, Social networking, Social, Using social, Social Media its Impact with Positive and Negative