Vanasse Hangen brustlin , Inc. Executive Summary A. Project Description and Need The New Hampshire Department of Transportation (NHDOT) and the Federal Highway Administration (FHWA) have prepared a Draft Environmental Impact Statement (DEIS) for proposed improvements to the Interstate Route 93 (I-93). corridor between Salem and Manchester, New Hampshire. The basic purpose of the I-93 Salem-Manchester project is to improve transportation efficiency and reduce safety problems associated with this approximately segment of highway from the Massachusetts/New Hampshire state line to Manchester. I-93 is a north-south principal arterial Interstate highway within the State of New Hampshire and is part of the National System of Interstate and Defense Highways.

1 Vanasse Hangen brustlin , Inc. Executive Summary A. Project Description and Need The New Hampshire Department of Transportation (NHDOT) and the Federal Highway Administration (FHWA) have prepared a Draft Environmental Impact Statement (DEIS) for proposed improvements to the Interstate Route 93 (I-93). corridor between Salem and Manchester, New Hampshire. The basic purpose of the I-93 Salem-Manchester project is to improve transportation efficiency and reduce safety problems associated with this approximately segment of highway from the Massachusetts/New Hampshire state line to Manchester. I-93 is a north-south principal arterial Interstate highway within the State of New Hampshire and is part of the National System of Interstate and Defense Highways.

2 I-93 in New Hampshire extends a distance of approximately 132 miles from the Massachusetts border at Salem, New Hampshire to the Vermont border at Littleton, New Hampshire. The segment of I-93 under study intersects a number of the important highway routes in southern New Hampshire. Due to population growth, development, and recreational opportunities in New Hampshire, the travel demands for I-93 between Salem and Manchester have exceeded the capacity of this existing four-lane facility for a number of years. Population and traffic projections for the next twenty years support the conclusion that the existing facility will be increasingly less able to function at the levels of service and safety for which it was originally designed.

3 Decreases in the level of service are evident in reduced traveling speeds, increased density of traffic flow, as well as in the traffic backups at some interchanges during commuting hours. During weekday peak hours, motorists traveling along the I-93 corridor currently experience traffic congestion and substantial delay. The congestion not only results in increased travel times, but also contributes to safety problems, as the limited spacing between vehicles does not afford the motorists sufficient movement to deal with frequent and abrupt lane change maneuvers and sudden stops. Without substantial improvements, or dramatically reduced demand, traffic operations along this section of I-93 are expected to continue to deteriorate under future conditions as traffic volumes increase.

4 NHBed\Projects\5088500\Docs\Reports\. Final EIS\FINAL EIS-042604-PART ES-1 Executive Summary Vanasse Hangen brustlin , Inc.. Selected Alternative The NHDOT's Selected Alternative involves a combination of transportation infrastructure improvements and strategies for the study corridor. The main element of the improvement involves widening I-93 from the existing limited access two-lane highway in each direction to a limited access four-lane highway in each direction. The so-called Four-Lane Selected Alternative ( , four lanes in both directions) begins in the Town of Salem, NH at the Massachusetts/New Hampshire State line and extends northerly through Salem, Windham, Derry and Londonderry, and into Manchester, ending at the I-93/I-293 Interchange.

6 In the Exit 3 Interchange area, both the northbound and southbound barrels of I-93 are proposed to be relocated (referred to as the Tight Shift Option) into the median area. The interchange ramps will be reconfigured with a diamond interchange design. NH 111 will be reconstructed and widened with the work beginning just west of the NH 111/NH 111A intersection. As NH 111 proceeds to the west, NH 111 is proposed to be relocated (off-line option) north of its existing location before tying into existing NH 111 near the NH 111/Wall Street intersection. NH 111A will be relocated on new alignment west of existing NH 111A. In the Exit 4 Interchange area, I-93 will be widened to the east, retaining the existing layout for the southbound ramps.

8 Drive approaches, as well as the reconstruction of portions of both Liberty and Independence Drives. The existing diamond interchange will be reconstructed and brought up to current NHDOT standards. In addition to the highway improvements, three new park-and-ride lots will be constructed with bus service facilities at Exits 2, 3 and 5. The existing park-and-ride lot at Exit 4 will be retained and a new terminal building constructed. Early construction of these facilities and the implementation of additional bus services are proposed as practicable in advance of the highway widening to provide options for commuters seeking alternatives during construction. The current bus service to Boston will be expanded with service from the new park-and-ride facilities and the existing Exit 4 park-and-ride lot, and enhanced ride-sharing opportunities will be implemented to employment centers in northern Massachusetts.

9 Intelligent Transportation System technologies and Incident Management strategies are an integral part of the overall transportation improvement strategy for the I-93. corridor. The Department proposes to implement measures such as variable message boards, highway advisory radio broadcasts, web site information, emergency reference markers, and coordination strategies among safety agencies before the highway widening. Additional measures will be added as part of the highway widening construction. The Selected Four-Lane Alternative will accommodate space for a potential future rail corridor between the MA/NH state line northerly to the Exit 5 Interchange. The potential light rail line within the highway corridor could be a link in a future rail system providing rail service between Lawrence, MA or Woburn, MA (and ultimately Boston, MA) to the south and the Manchester Airport and/or the City of Manchester, NH to the north.

10 The proposed project layout will not include rail service within the I-93 corridor, or along the former Manchester and Lawrence Rail Line Corridor. NHDOT in concert with the Commonwealth of Massachusetts will be initiating a transit study from Boston, MA to Manchester, NH as a first step to planning long term rail and bus investments to service the region served by I-93. The total estimated cost of the Selected Alternative, including mitigation, is $ million. B. Project History The Interstate System in New Hampshire was built in the 1960's and early 1970's. The section of I-93 between Salem and Manchester has not been substantially reconstructed or widened since it was first constructed in the early 1960's. NHBed\Projects\5088500\Docs\Reports\. Salem-Manchester, IM-lR-0931 (174), 10418C MOA B. c. 5. notice of the requirement that the building will be transferred subject to covenants regarding its preservation and maintenance in accordance with the Secretary of the 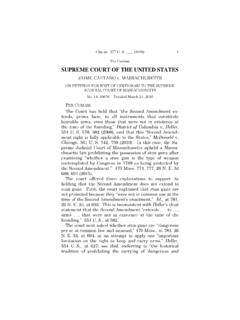 1 Per Curiam SUPREME COURT OF THE UNITED …

cite as: 577 u. s. ____ (2016) 1 per curiam supreme court of the united states jaime caetano v. massachusetts on petition for writ of certiorari to the supreme 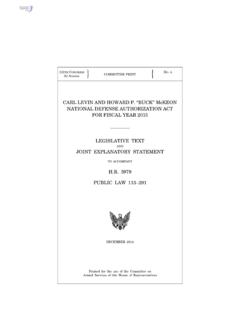