Viewpoints on paid family and medical leave Findings from a survey of US. employers and employees March 2017. (Page intentionally left blank). Executive summary The United States is unique among high-income countries in that it does not have a federal government-mandated paid family and medical leave (PFML) policy. However, four states . California, New Jersey, Rhode Island and New York have passed laws that provide paid family and medical leave benefits through state disability insurance systems, and Washington, DC recently passed legislation for PFML benefits funded through an employer payroll tax. Finally, some private sector companies have also voluntarily elected to provide these benefits. In June 2016, Pivotal Ventures, the executive office of Melinda Gates, commissioned Ernst & Young LLP (EY US) to conduct a study of PFML policies and experiences among US.

Viewpoints on paid family and medical leave Findings from a survey of US employers and employees . March 2017

1 Viewpoints on paid family and medical leave Findings from a survey of US. employers and employees March 2017. (Page intentionally left blank). Executive summary The United States is unique among high-income countries in that it does not have a federal government-mandated paid family and medical leave (PFML) policy. However, four states . California, New Jersey, Rhode Island and New York have passed laws that provide paid family and medical leave benefits through state disability insurance systems, and Washington, DC recently passed legislation for PFML benefits funded through an employer payroll tax. Finally, some private sector companies have also voluntarily elected to provide these benefits. In June 2016, Pivotal Ventures, the executive office of Melinda Gates, commissioned Ernst & Young LLP (EY US) to conduct a study of PFML policies and experiences among US.

2 Companies and private sector employees. The goals of this survey were to do the following: Understand the type and duration of leave available to and used by employees for family and medical reasons including comparisons by industry, company size, age and income groups Gauge the importance of employer-provided PFML benefits to employees when selecting and continuing employment Assess the relationship between PFML policies and employee satisfaction Explore the impact of PFML policies on US employer operating outcomes such as profitability, employee engagement and turnover Identify perceived barriers to implementing PFML policies within companies, and identify how employers have addressed these potential impediments Investigate employers' point of view on the attractiveness of potential public policy options for addressing PFML at a state and national level Provide inputs to an economic analysis that studies the impact of PFML policies in the private sector this analysis will be presented in a separate report Our research included a survey of 1,546 US private sector human resource decision-makers (HRDMs) and a survey of 3,068 US private sector employees age 18 and over.

3 Key findings 1. Age and salary are often key determinants of access to and duration of PFML. benefits for employees. a. Less than 50% of employees surveyed reported having access to employer- provided PFML benefits. Employees most often reported having access to PFML. benefits for their own illness. b. Higher-income employees were more likely to report having access to PFML. benefits, as were employees in the 25- to 44-year-old age bracket. They were also more likely to say that PFML benefits were important in their decision to join and/or remain with employers. The highest level of benefits was reported by employees aged 35 to 44, reporting more than $100,000 in income. c. Some employees reported not taking the full time allowed under their company's PFML policy. For higher-income employees, the chief reasons were that the leave was no longer needed or due to concerns about advancement.

4 Lower- EY US | i income employees were more likely to say that they would not have received enough money, likely owing to the lower level of benefits reported by lower- income respondents. d. Males reported taking leave in greater numbers, and in most cases, reported taking a longer time off. The demographics of male respondents who were more likely to have higher income and are between the ages of 25 and 44 help explain this counter-intuitive result. 2. Size and industry are solid predictors when it comes to which employers offer PFML benefits. a. Financial and professional services companies offer the most comprehensive paid leave benefits. b. Larger companies and goods-producing industries such as manufacturing were also more likely to offer PFML benefits. c. Employers in service industries, particularly low-wage industries such as wholesale and retail trade, are most resistant to paid leave policies.

5 3. Access to PFML benefits and duration of leave have a positive effect on employee satisfaction. a. For each of the key PFML events studied birth of a child, adoption of a child, employee illness or care for a family member employees with access to PFML. benefits reported higher levels of job satisfaction than those who did not (for example, 71% of employees who had access to a PFML benefit for the birth of a child reported being very or extremely satisfied with their current employment compared to only 50% of employees who reported not having access to such a benefit). b. Employees who used the full PFML time available reported even higher levels of satisfaction with the benefit. 4. Employers that offer PFML benefits report positive outcomes in preparedness, profitability and productivity. a. Employers offering PFML benefits were more likely to report being well prepared to handle extended employee absences; 66% of employers providing PFML said they were prepared compared to 39% of employers not offering PFML.

7 This may owe in part to the offering of short-term disability coverage for birth mothers since pregnancy is considered a disability. A small number of employers surveyed (5%) reported offering short-term disability insurance benefits only for a PFML reason. b. The median time offered to full-time employees was one week less for adoption than for birth of a child and employee illness. 6. Public policy can influence employers to provide PFML benefits, but divisions exist on the right approach, chiefly along the lines of company size and industry. a. Among employers not offering PFML benefits, changes in public policy funded through taxes and/or the availability of tax credits were the most influential potential factors to encourage them to offer PFML benefits. b. For all respondents, regardless of whether they provided PFML benefits to their employees: i.

8 The majority of large companies supported state or federal policy changes that would fund PFML benefits through taxation. However, less than 20% of smaller companies supported such policy changes. ii. Nearly three-quarters of large employers supported the use of tax credits for businesses to encourage adoption of PFML benefits; small companies were split on this policy option. iii. Employers in service industries were more likely to oppose public policy options aimed at expanding access to PFML benefits. These companies tended to be smaller, employed lower-income employees on average and had greater concentrations of female employees. Those in goods- producing industries such as manufacturing were more likely to support public policy solutions to expand PFML benefits. EY US | iii Contents Executive summary .. i Key findings.

10 14. Using the maximum amount of employer-provided PFML .. 15. Reasons for not using the maximum amount of employer-provided PFML .. 15. Adequacy of PFML benefit .. 17. leave taken versus additional time desired .. 17. V. Impact of PFML programs .. 18. Employers who do not have a specific PFML policy .. 18. Future plans to 18. Importance of reasons in decision not to offer PFML 19. Factors that would encourage employers to offer PFML benefits .. 19. Employers who have a specific PFML policy .. 20. Concerns prior to implementation .. 20. Steps taken prior to implementing the PFML policy .. 21. Factors important in decision to enact a policy .. 22. EY US | iv Value of a PFML policy to employees .. 23. Employee satisfaction .. 26. Employers' coping strategies .. 27. Effects on profitability, morale, turnover, and productivity. 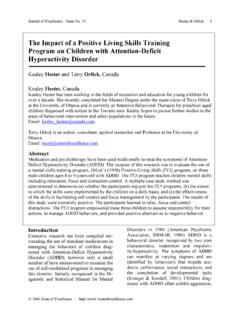 The Impact of a Positive Living Skills Training …

Journal of Excellence – Issue No. 11 Hester & Orlick 4 2006 Zone of Excellence - http://www.zoneofexcellence.com The Impact of a Positive Living Skills Training 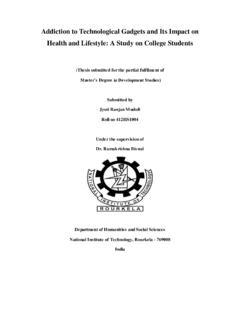 Addiction to Technological Gadgets and Its Impact …

Addiction to Technological Gadgets and Its Impact on Health and Lifestyle: A Study on College Students (Thesis submitted for the partial fulfilment of 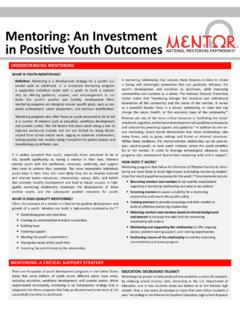 Mentoring: An Investment in Positive Youth …

Mentoring: An Investment in Positive Youth Outcomes UNDERSTANDING MENTORING MNTORINGE : A cRITIcAl SUPPORT STRATEGY There are thousands of youth development programs in the United States

The Impact of Education Technology on Student …

3 The Impact of Education Technology on Student Achievement: What the Most Current Research Has to Say Legislators, governors and other policymakers each year make difficult choices among attractive 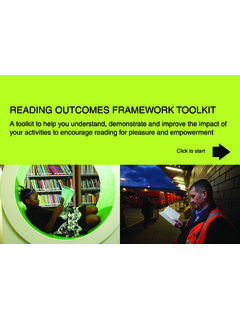 READING OUTCOMES FRAMEWORK TOOLKIT A toolkit to help you understand, demonstrate and improve the impact of your activities to encourage reading for pleasure and empowerment

Assessment Crisis: The Absence Of Assessment FOR …

1 Assessment Crisis: The Absence Of Assessment FOR Learning If we wish to maximize student achievement in the U.S., we must pay far greater … 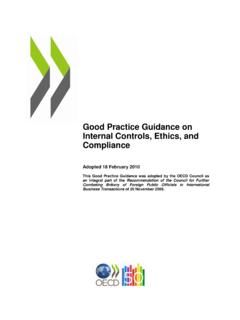