VINEGAR: AN ALTERNATIVE TO GLYPHOSATE

vinegar : AN ALTERNATIVE TO GLYPHOSATE ? Deborah Smith-Fiola, Independent IPM Consultant, Landscape Enterprise, LLC. and Stanton Gill, Extension Specialist, IPM for Nurseries and Greenhouses University of Maryland Extension Central Maryland Research and Education Center INTRODUCTION. GLYPHOSATE is the chemical name of world's most widely used and best-selling herbicide. It is used in more than 130 countries on agricultural crops, orchards, nurseries, greenhouses, lawns, landscapes, rights-of-way, Over 100 million pounds are applied to farms and lawns every year, according to the EPA.

1 vinegar : AN ALTERNATIVE TO GLYPHOSATE ? Deborah Smith-Fiola, Independent IPM Consultant, Landscape Enterprise, LLC. and Stanton Gill, Extension Specialist, IPM for Nurseries and Greenhouses University of Maryland Extension Central Maryland Research and Education Center INTRODUCTION. GLYPHOSATE is the chemical name of world's most widely used and best-selling herbicide. It is used in more than 130 countries on agricultural crops, orchards, nurseries, greenhouses, lawns, landscapes, rights-of-way, Over 100 million pounds are applied to farms and lawns every year, according to the EPA.

2 In the home and garden sector, it is the second most-used pesticide, with over 5 million pounds used per year. In golf courses and turfgrass maintenance, 5- 8 million pounds of GLYPHOSATE are used each year. One landscape maintenance industry survey1. attested that GLYPHOSATE may account for up to 90% of pesticide applications in landscape beds. GLYPHOSATE was patented by Monsanto under the trade name RoundUp' in 1974. GLYPHOSATE is now widely available from many manufacturers under numerous trade names after patent protection ended in 2000: RoundUp, KleenUp, Accord, Imitator, Eraser, Pronto, Rodeo, There are over 750 products containing GLYPHOSATE for sale in the , according to the National Pesticide Information Center.

3 GLYPHOSATE [N-(phosphonomethyl) glycine, the isopropylamine salt of GLYPHOSATE ] is a non-selective, post-emergent, broad-spectrum systemic herbicide. When applied to growing plants, it is absorbed by foliage and translocated to the roots, where it blocks the production of a specific enzyme pathway needed for plant growth. Wilting and death occur within ~7-10 days. After application, GLYPHOSATE binds tightly to soil particles, becoming immobilized so it can no longer harm plants. Due to no residual soil activity, a crop can be seeded or transplanted into the soil soon after application.

4 It is ultimately broken down in the soil by microorganisms into ammonium and carbon dioxide. As a non-selective herbicide, GLYPHOSATE will kill most plants it contacts. Accordingly, it can be used for vegetation cleanup prior to all types of planting, field/bed/turfgrass preparation or renovation. It can be spot sprayed for general weed control or sprayed directly over top of specific crops at certain times of year ( over Christmas trees/conifers in the fall). No other herbicide works as well on perennial grasses as GLYPHOSATE does, particularly late in the season.

5 TOXICITY. Because GLYPHOSATE does not leach through soil and has low mammalian toxicity, it has been considered to be very safe toxicologically and environmentally, with hundreds of studies showing the active ingredient to be less acutely toxic than common table salt or aspirin. The EPA does not consider GLYPHOSATE to be a human carcinogen. However, much of GLYPHOSATE 's touted low- toxicity is based only upon studies of the active ingredient, not the other inert ingredients in a formulation. Different GLYPHOSATE products vary in the type of active ingredient salt and the manufacturer proprietary compounds included in the formulated products.

6 Proprietary compounds are listed on the label as inert ingredients and used for handling convenience, for easier mixing with other pesticides, and/or for aiding movement of the active ingredient from the leaf surface into the plant tissue ( surfactants). RoundUp, for example, is 41% GLYPHOSATE and 59% inert ingredients. Products range from RTU formulations (KleenUp, etc.) to concentrates of active GLYPHOSATE . The EPA is currently conducting a standard registration review of GLYPHOSATE and has set a deadline of 2015 for determining future use limits. VIABLE alternatives TO GLYPHOSATE ?

7 Due to environmental, regulatory action, and increasing consumer concerns, green industry professionals as well as homeowners are seeking viable alternatives to GLYPHOSATE . ALTERNATIVE , non-chemical, natural, organic herbicides are available commercially. These products mimic natural plant based chemicals; they generally have low toxicity and break down rapidly in the environment. They can be used selectively to control weeds by spraying, painting or drenching. However, they tend to be expensive, have no residual activity, and may have quality differences from batch to batch.

9 As a result, many have little or no ecotoxicity or worker exposure data available. Several can be harmful to people/pets during mixing and application, owing to inhalation, skin or eye contact, or spray mist. Some have unpleasant smells or have an allergenic effect. For example, corn gluten meal should not be used by anyone with corn allergies. ALTERNATIVE herbicides fall into 7 product categories: Natural acids ( vinegar + citric acids), Herbicidal soaps, Iron-based herbicides, Salt-based herbicides, phytotoxic oils (clove, peppermint, pine, citronella), corn gluten, and combination products (including ingredients from multiple categories).

10 This fact sheet concentrates specifically on acetic acid ( vinegar ) products. USING ALTERNATIVE HERBICIDES. ALTERNATIVE herbicides are generally considered contact herbicides, not systemic. They generally work by burning plant foliage, but only foliage that is contacted by the product (although chelated iron products claim weed kill down to the root). They only kill weeds that have emerged and have no residual activity on those emerging after application. Most are fast acting (15. minutes) when temperature is high (>85 F), and particularly if humidity is low. 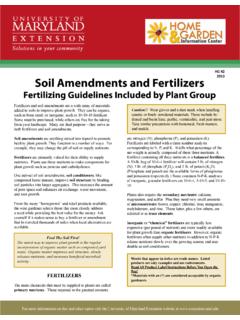 1 are nitrogen (N), phosphorus (P), and potassium (K). Fertilizers are labeled with a three number analysis corresponding to N, P, and K. It tells what percentage of the 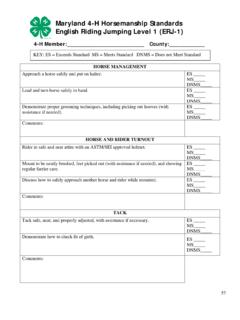 mom and dad” is exciting and mak stick Talk to your child about how interest helps money grow and encourage him/her to watch the balance grow. 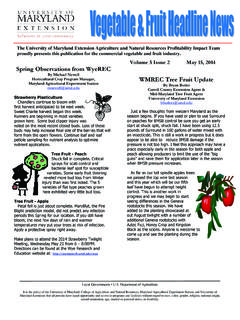 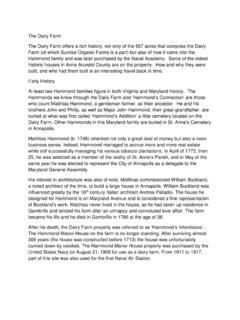 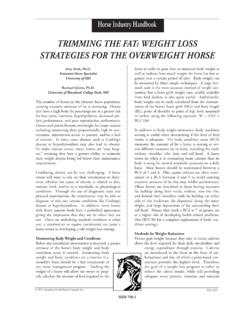 TRIMMING THE FAT: WEIGHT LOSS STRATEGIES FOR THE ...

TRIMMING THE FAT: WEIGHT LOSS STRATEGIES FOR THE OVERWEIGHT HORSE Amy Burk, Ph.D. Extension Horse Specialist ... aged to lose weight by reducing the total amount of feed given. For example, the overweight horse may ... access to pasture is a good management technique because it allows them an area for exercise and prevents

Oyster aquaculture includes multiple phases. In the hatchery phase, oyster brood stock is conditioned and spawned. The larvae are cared for until they become eyed and are ready to set. In the setting phase, oyster larvae or introduced into a tank of cultch where they …

Riparian areas link the land and the water together. A riparian buffer planted in native, warm season grasses in combination with trees or by themselves can uptake nutrients in groundwater, filter sediments from runoff, 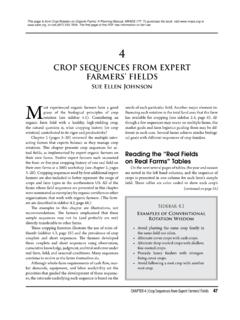 48 Crop Rotation on Organic Farms: A Planning Manual Sidebar 4.2 Expert Farmer Profiles These profiles reflect the status of the farms and farmers in 2002, when the information on … 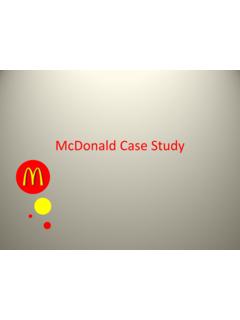 Economic Challenges •McDonald’s must consider economic challenges when expanding internationally. Low set up costs = rapid expansion One of the challenges for fast food industry is to keep the 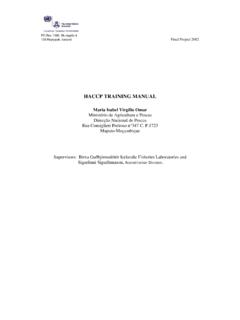 Omar 1 INTRODUCTION The provision of safe food to the customer is a governmental and industry responsibility. In order to ensure that food is safe it is good to establish a system to control food safety.

SAFETY AND QUALITY OF FRESH FRUIT AND VEGETABLES - …

safety and quality of fresh fruit and vegetables: a training manual for trainers united nations new york and geneva, 2007

• Before the crop cycle, drone can be used to produce a 3-D ﬁeld map of detailed terrain, drainage, soil viability and irrigation. Nitrogen-level management can also be done by