1B40 Computing Visual Basic Visual Basic: Objects and collections Visual Basic is an (OO) object -oriented language. Performing a task in Visual Basic (VB) or Visual Basic for Applications (VBA) involves manipulating various types of Objects , each of which may have several different properties and methods. To perform a task using VBA you return an object that represents the appropriate Excel element and then manipulate it using the Objects ' methods and properties. Objects A simple statement Range( A1 ).Select illustrates an important characteristic of VB. The syntax of many statements first specifies an object , Range( A1 ), and an action upon it, Select. An object is a special type of variable that contains both data and code and represents an element of Excel. Objects exist only in the computer's memory; they don't appear in your code.

1 1B40 Computing Visual Basic Visual Basic: Objects and collections Visual Basic is an (OO) object -oriented language. Performing a task in Visual Basic (VB) or Visual Basic for Applications (VBA) involves manipulating various types of Objects , each of which may have several different properties and methods. To perform a task using VBA you return an object that represents the appropriate Excel element and then manipulate it using the Objects ' methods and properties. Objects A simple statement Range( A1 ).Select illustrates an important characteristic of VB. The syntax of many statements first specifies an object , Range( A1 ), and an action upon it, Select. An object is a special type of variable that contains both data and code and represents an element of Excel. Objects exist only in the computer's memory; they don't appear in your code.

2 There are many types of Objects in VB, and even more in Excel VBA. Excel Objects that you will encounter include the Application object which represents the Excel application itself, the Worksheet object representing a worksheet, and the Range object representing an individual cell or a rectangular range of cells ( cells A2:C9 of the currently active worksheet). Objects have types just as variables have data object types are called classes. Workbook, Worksheet and Range are just a few of Excel's object classes. For Excel spreadsheets, functions etc. to be controlled and manipulated from a VBA. program, these things in Excel must have corresponding Objects that can be referred to in the program. The collection of Objects corresponding to things in the Excel application is called the Excel object model. Methods In VB an action that an object can perform is referred to as a method.

3 Thus a method of an object is a procedure that carries out some action involving the object . Consider the object Dog. To cause it to bark we could write However a Dog is capable of more than barking, for example we could have , In Excel, for example, the statement calls the Delete method of the ActiveCell object , which deletes the contents of the cell. Like any other procedure, a method of an object can take one or more arguments, as in this example: This is a comment . The list of methods that an object can perform depends on the object . For example, the Range object supports about 80 different methods. 1. 1B40 Computing Visual Basic A method is accessed by following the relevant object with a dot and then the name of the method. Properties An object can have properties. A property is a quality or characteristic of the object , the length of the dog's tail, the loudness of its bark.

4 If you think of Objects as the nouns of VB, then properties are its adjectives and methods are its verbs. In Excel the properties may themselves be either primitive data types such as numbers, strings or Boolean values, or may themselves be Objects of some kind. One of the many properties of the Application object is called Name, and is a read- only string containing the name of the application, Microsoft Excel . It can be accessed by adding a dot and the Name property after the object : MsgBox The Application object also has a property called ActiveCell, which represents the currently active cell in the active Excel worksheet. ActiveCell is an instance of the object type called Range, and one of its properties is called Value and represents the value (number, string or formula) held by the cell. The statement = Hello . will place the string Hello in the active cell.

6 There is also another type of variable, called an 2. 1B40 Computing Visual Basic object variable, which can refer to any of the Objects in Visual Basic or in the Excel object model. The syntax for declaring an object variable is much the same as that for any other variable, Dim rangeA as Range reserves space for a variable that will refer to an object of type Range. One important difference between an object variable and any other type of variable is that an object variable holds only a reference to a specific object , rather than the object itself. (The difference between references and values was discussed in the lecture on modules and procedures, in the context of passing arguments to subroutines and functions.) This distinction may be clearer if we consider a concrete example using primitive and object variables: Dim numA As Integer, numB As Integer numA = 1.

7 NumB = numA. numB = 2. MsgBox ("A=" & numA & ", B=" & numB). numB is a copy of numA, so setting numB to have the value 2 has no effect on numA, which still has the value 1. The situation is different for object variables: Dim fontA As Font, fontB As Font Set fontA = ("A1").Font = False Set fontB = fontA 'Note: fontB and fontA refer to same object = True 'so changing object fontB changes object fontA. The object referred to by the variable fontA represents the font used to display the contents of cell A1. fontB is a reference to the same object , not a copy of it, so when the Bold attribute of fontB is changed, fontA is also affected. You may also have noticed the use of the Set keyword in the above examples. This is another difference between object and primitive variables: when assigning an object reference to an object variable, Set must be used, while it is not needed when assigning a value to a primitive variable.

8 collections A collection is an object that contains a group of related Objects . Each object within the collection is called an element of the collection . collections are Objects so have associated methods and properties. An example is the Sheets collection , which represents the worksheets in the active workbook. This behaves a bit like an array, in that a specific worksheet in the collection can be referenced using a numeric index: 3. 1B40 Computing Visual Basic Sheets(2).Activate This makes the second worksheet active. Unlike a normal array, the index in a collection object can be a name instead of a num ber: Sheets( Chart1 ).Activate When you want to work with a single object you usually return one member from the collection . The property or method used to return the object is called an assessor. There are some useful ways of dealing with collections built into the VB language.

9 For example, to loop over all the members of a particular collection , one can use the For Each syntax: Dim rangeX As Range, cellY As Range Dim i As Integer Set rangeX = ("A1:C3"). i = 1. For Each cellY In = i i = i + 1. Next The above piece of code uses a loop, in which the object variable cellY refers to each cell member of the collection in turn. It assigns the value 1 to A1, 2 to A2, 3 to A3, 4 to B1 etc and to 9 to C3. In this case, we could simply have written rangeX instead of , but see what happens if you change it to For Each cellY In Now RangeX represents the same range of cells in each case, but and represent two different collections of Objects . In the first case, the members are individual cells, but in the second case the members are ranges representing rows of cells, with each row being itself a collection with its own members (the individual cells).

10 The With statement The With statement provides a way to carry out several operations on the same object with less typing, and often leads to code that is easier to read and understand. For example, instead of = "Times New Roman". = "Bold". = 12. = 3. one can write With .Name = "Times New Roman"..FontStyle = "Bold"..Size = 12..ColorIndex = 3. End With 4. 1B40 Computing Visual Basic Using the macro recorder to build an expression The macro recorder is a convenient way to build expressions that return Objects as it knows the object model of the application and the methods and properties of the Objects . However it can produce very verbose code. Consider the following example to change the size and font in a chart's title: Sub Macro1(). With .Name = Times New Roman ..FontStyle = Bold ..Size = 24..Strikethrough = False .Superscript = False. 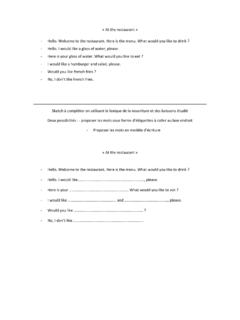 « At the restaurant » - Hello. Welcome to the restaurant. Here is the menu. What would you like to drink ? - Hello. I would like a glass of water, please.

Restaurant, Hello, At the restaurant 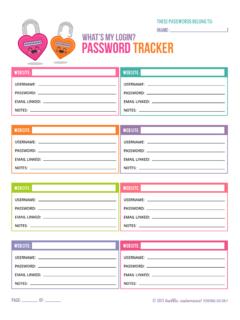 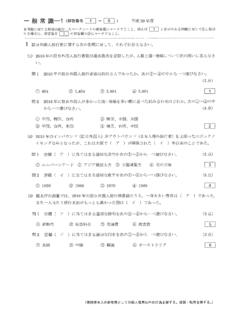 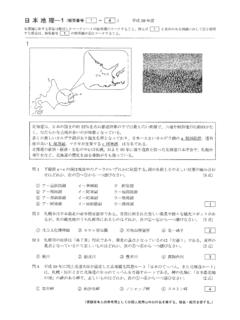 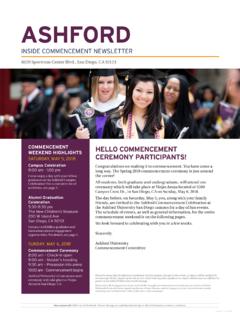 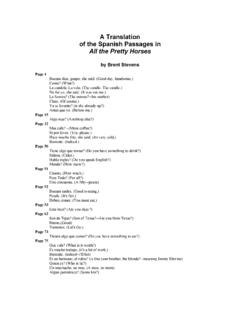 A Translation of the Spanish Passages in All the …

A Translation of the Spanish Passages in All the Pretty Horses by Brent Stevens Page 4 Buenas dias, guapo, she said. (Good day, handsome,) Como? (What?) 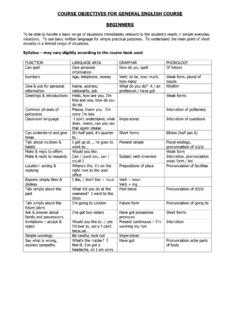