The original version of this file was an OS 9 stand-alone text application. The icon looked like this: It featured much colored text and other formatting fun, but this version is good-ol' black and white ASCII. =-=-=-=-=-=-=-=-=-=-=-=-=-=-=-=-=-=-=-=- =-=-=-=-=-=-=-=-=-=-=-=-=-=-=-=-=-=-=-=- The A-10 Thunderbolt II: A FAQ Sheet Welcome to the FAQ sheet for the USAF A-10A Warthog'! Although most FAQ (Frequently Asked Questions) sheets provide the answers to commonly asked questions about using a piece of software, this document is meant to serve as a ready source of background material for the A-10A aircraft itself. This document is truly a labor of love; we've collectively spent a lot of time on this documenting sources of information, and trying to present it so that you can not only look up something on the run via the Table of Contents (CMD-K), but also so you can take time to learn in depth just why the A-10 is such a special plane.

The original version of this Þle w as an O S 9 stand-alone text application. The icon looked like this: It featured m uch colored text and other form atting fun, but this version is good-ol' black and w hite A SC II.

1 The original version of this file was an OS 9 stand-alone text application. The icon looked like this: It featured much colored text and other formatting fun, but this version is good-ol' black and white ASCII. =-=-=-=-=-=-=-=-=-=-=-=-=-=-=-=-=-=-=-=- =-=-=-=-=-=-=-=-=-=-=-=-=-=-=-=-=-=-=-=- The A-10 Thunderbolt II: A FAQ Sheet Welcome to the FAQ sheet for the USAF A-10A Warthog'! Although most FAQ (Frequently Asked Questions) sheets provide the answers to commonly asked questions about using a piece of software, this document is meant to serve as a ready source of background material for the A-10A aircraft itself. This document is truly a labor of love; we've collectively spent a lot of time on this documenting sources of information, and trying to present it so that you can not only look up something on the run via the Table of Contents (CMD-K), but also so you can take time to learn in depth just why the A-10 is such a special plane.

2 Dedication Our goal in this document is to help you, the reader, understand that this is a real plane, in which, men in uniform have died in the service of their nation. These men left behind people who grieve for them, and families that are no longer whole. It is in the memory of these individuals that we wish to dedicate this document. Additionally, there are many more pilots who died flying the A-10;. because of limited information access, we have not been made aware of these individuals. If you have information, please refer to the third-to-last chapter to contact the authors. Fairchild (Republic division) chief test pilot Howard Sam Nelson, 6/3/1977 - Paris Air Show 353rd Tactical Fighter Squadron (Panthers). Capt. Steve Syph Phyllis, 2/15/1991 - Desert Storm 23rd Tactical Air Support Squadron, Forward Air Controllers (Nail). Lt. Patrick Oly Olson Nail 69 , 2/27/1991 - Desert Storm (Captain, posthumous award). 74th Tactical Fighter Squadron (Flying Tigers).

3 Maj. Jeff Watterberg, 9/23/1991 - England AFB, LA. (Lt. Col, posthumous award). 76th Tactical Fighter Squadron (Vanguards). Lt. Eric Boom Miller, 9/23/1991 - England AFB, LA. (Captain, posthumous award). 333rd Tactical Fighter Squadron (Lancers). Capt. Ronald Truesdale 9/17/94 - Ft. Irwin, CA. NOTE: Squadron designations presented here represent the formal and composite unit designations at the time of Desert Storm (1991). Following their return from the Gulf, many units within all branches of the Armed Forces underwent decommision and reorganization. It has often been a policy for a decommisioned squadron, such as the Flying Tigers (who originally saw combat during WWII in China and Burma as the (AVG) American Volunteer Group), to host an auction to sell off the years of memoribilia collected by the squadron done so with the proviso that upon squadron reactivation, these items will be returned. We hope that the squadron mementos from all such deactivations will one day return home to honor those who served before.

4 Version Updates - Revision Release Since the release, this FAQ has literally travelled around the world via the internet; comments from people in Europe and Asia so far are the most distant. This release is a maintenance release to update the address for the primary author, and to correct and streamline some information. NO significant changes or additions to this FAQ are present in this release. Version Updates - Revision Release We would like to thank all of you who have taken the time to download the initial release of this FAQ; the response to it has been unexpectedly overwhelming and very supportive. This release truly indicates the extent to which it has become widespread electronically, as much of its contents has not only been greatly reorganized, expanded and corrected, but also some personal observations from people connected in different ways with the A-10A have been included. Thank you all for taking the time to make this a better and richer document: the net truly If errors exist in the information presented here, check the third-to-last chapter for the procedure to make corrections.

5 Future Plans The strong and important role the A-10 played during the Gulf War is not presented in this document; it is a large enough topic that would be better presented in a future addition to the FAQ, or as a separate one. If enough time exists and enough requests are made, we will see what can be done. Including pictures, Quicktime clips or sounds will NOT be a priority, since they bring up specific copyright issues and increase download times. Specific anecdotes from military personnel, design notes from past Fairchild employees or anything that might be worthy of a greater audience are of course welcome, and will be duly referenced as your contribution if used. Properly defused CBU submunitions will be accepted as <grin>. Functional Ancestry: The Douglas A-1 Skyraider The history of the Fairchild A-10A Thunderbolt II follows many parallels with that of another long-lived and well-respected aircraft, the USN Douglas A-1 Skyraider.

6 Originally developed late in WWII, this large and noisy, oil-dripping prop-driven airplane was mothballed at the close of the war, having seen very limited carrier-based service, but was resurrected during the Korean War for close-air support. The Skyraider has been aptly described as a legend in its own time, taking its first flight March 18, 1945, the project originating with the great aircraft designer Ed Heinemann 9 months prior out of the original US Navy BTD (Bomber, Torpedo Dive) contract. Designed to provide a superior carrier-based bombing platform, all ordnance and fuel was hung externally on 15 hardpoints, and featured a then unique downward vision angle of 15 degrees to the front and sides of the cockpit. An extermely rugged and clean design, it was also meant to survive 40g crash landing impacts. On the strength of the initial prototype and test flights, the US Navy ordered 500 of the BT2D (Dauntless II) aircraft, although they were not to see combat service before the end of WWII.

7 Between the end of WWII and the start of the Korean conflict, many other fighter or bomber models, such as the Republic P-47. Thunderbolt, North American Aviation P-51 Mustang and the Grumman F-4U Corsair were decommisioned, removed from inventories, and sold (more or less) as scrap metal. The Skyraider survived this fate by being born into battle essentially too late for the role it was designed for. At the end of the war, the Navy's designation system for aircraft changed: now it became the AD-1. Skyraider: A (for Attack); D (Douglas Aircraft); -1 (initial model/variant); Sky_____ (Douglas was given this Sky- prefix for all of its subsequent designs). After serving well for the US Navy in Korea, inventories was mothballed again awaiting the possibility of future conflict, with the lesson of destroying perfectly servicable aircraft (as was done at the end of WWII) having been a costly one. In 1962, the US Navy once again changed its designation methods, and the Able Dog AD-1 now became the A-1 Skyraider series, with its variants renamed A-1E (formerly AD-5W); A-1G (AD- 5N); A-1H (AD-6); and the A-1J (AD-7).

8 When A-1E models were appropriated by the USAF in 1964, this retired US Navy carrier fighter's ability to not only deliver a number of tactical munitions accurately, but its outstanding loiter time over an area made it an ideal choice for reconnaisance, interdiction and CAS. missions, given the cold-war emphasis on faster, less fuel efficient jet fighters. This particular -E model had a wider fuselage with a two-seat side-by-side cockpit layout (much like the USN A-6 Intruder), a rear cabin area (12 passengers; 2,000 lbs freight; or 6. stretchers) and a larger vertical tail. Other Skyraider variants (-G, -H, -J) were single-seat aircraft. Skyraiders served well in search- and-rescue (SAR) missions, suppressing enemy forces away from downed pilots awaiting recovery. The Skyraider earned once again its widespread reputation in Vietnam, and a number of new nicknames. It has been often referred to as the Spad , in acknowledgement of its gutsy performance and ability to handle battle damage, much as the original WWI Spads demonstrated; plus the name Sandy for its CAS role in SAR missions.

9 Skyraiders were actively flown as an interservice airframe by the United States Navy and Marine Corps, with the USAF flying many Skyraider variants with the 1st Air Commando Group, and later the Special Operations Squadron. The Skyraider also became the favored attack aircraft of the South Vietnamese VNAF. A particularly noteworthy example of this outstanding performance are documented in the events that occurred on June 20, 1965. Four A-1's from Squadron VA-25 (USS Midway) were on a ResCap (Rescue/Combat Air Patrol) mission, when they were jumped by two NVAF MiG-17's. The A-1's dived for the surface, and began defensive scissors maneuvers at treetop level in a dog fight lasting over five minutes, until two of the A-1's managed to turn inside the MiGs and brought one of them down with cannon fire, and badly damaging the other MiG. A 1/2 credit each was awarded to both Lt. Charles Hartman and to Lt. Clinton B. Johnson of VA-25.

10 Also, on October 9, 1966, Lt(jg) William T. Patton of VA-176 downed a MiG-17 single-handedly while flying a A-1H. <<see NOTE below>>. Although a brilliant design that saw (interrupted) production until 1957 when the last of 3,180 Skyraiders rolled out, the stress and wear on this venerable airframe had begun to take its toll. Carrier-based US Navy A-1H and -J models that were in service in the Vietnam conflict through 1967 were beginning to be replaced by A-7 Corsair IIs. Indeed, the longevity of the Skyraider is often overlooked, with the last USAF A-1 Skyraider units decomissioned in 1974. No small tribute to all that flew the Skyraider is given by Colonel Robin Olds (USAF Vietnam MiG ace): No Sandy (A-1) or Voodoo (RF-101C reconnaissance aircraft) pilot was ever allowed to pay for a drink at [our] O[fficer's] Club. The rescue support and CAS firepower provided by the Skyraider, and the respect it engendered, indeed made it a legend in its own time. 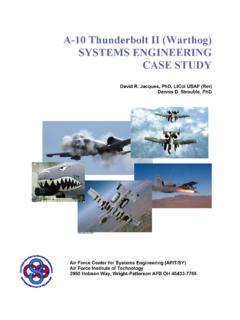 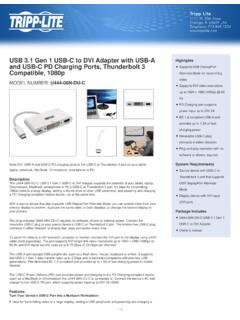 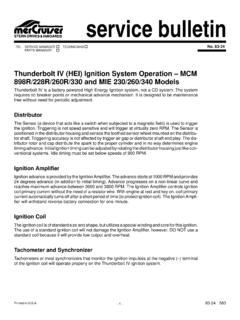 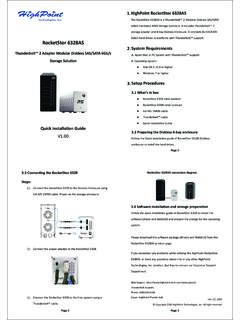 Page 1 Page 2 Page 3 If you encounter any problems while utilizing the HighPoint RocketStor 6328AS, or have any questions about this or any other HighPoint

Lettin’ Loose at Combat Dining In - …