Water Consumption Patterns in Domestic Households in Major Cities Supply-led Water deprivation prevails in major cities in India. The per capita Water availability in these cities is nowhere near the standards laid down by the World Health Organisation or the Bureau of Indian Standards (1993), and it is also far lower than that in other large cities in the world. The availability of Water in Indian cities varies with socio-economic groups and areas. Households with incomes below Rs 3,000 a month suffer a lot about 72 per cent of such Households in these cities lack sufficient Water . ABDUL SHABAN, R N SHARMA. P. redicting the future is a hazardous business but one thing level of awareness in Households about rainwater harvesting. is certain, that the world in the future, at least in some The last section presents the summary and conclusions of respects, is going to be different from that of today the study. [Figueres et al 2005]. It is certain that societies are going to have to confront, among other things, demographic transitions, I.

2192 Economic and Political Weekly June 9, 2007 to adjust to the quantity (as well as quality) of water supplied. The 54th round of National Sample Survey Organisation (NSSO) data reveal that 80 per cent of the households in urban India,

1 Water Consumption Patterns in Domestic Households in Major Cities Supply-led Water deprivation prevails in major cities in India. The per capita Water availability in these cities is nowhere near the standards laid down by the World Health Organisation or the Bureau of Indian Standards (1993), and it is also far lower than that in other large cities in the world. The availability of Water in Indian cities varies with socio-economic groups and areas. Households with incomes below Rs 3,000 a month suffer a lot about 72 per cent of such Households in these cities lack sufficient Water . ABDUL SHABAN, R N SHARMA. P. redicting the future is a hazardous business but one thing level of awareness in Households about rainwater harvesting. is certain, that the world in the future, at least in some The last section presents the summary and conclusions of respects, is going to be different from that of today the study. [Figueres et al 2005]. It is certain that societies are going to have to confront, among other things, demographic transitions, I.

2 Geographical shift of population, technological advancement, Data and Methodology growing globalisation, degradation of the environment and emergence of Water scarcities. Water , the need of life, is likely The household survey reveals the Consumption , availability, to pose the greatest challenge on account of an increased demand access and methods adopted for conservation of Water in Domestic with population rise and economic development, and shrinking Households in seven major Indian cities, Delhi, greater Mumbai, supplies due to over-exploitation and pollution. Although Water Kolkata, Hyderabad, Kanpur, Ahmedabad and Madurai, and was is an abundant and renewable natural resource covering two- conducted in March 2005. As per the Census of India 2001, these thirds of the planet, a very small proportion of this is effectively cities, except Madurai (Municipal Corporation) are among 27. available for human use. In India, as a result of development, municipal corporations with a million plus population, and their the demand for Water is increasing both in urban and rural areas.

3 Populations are , , , , , and million This may increase tensions and disputes over sharing and com- respectively. The number of sample Households selected from mand of Water resources. The emerging scarcity of Water has also each of these cities was 507 in Delhi, 500 in Mumbai, 400 in raised a host of issues related to sustainability of the present Kolkata, 398 in Hyderabad, 303 in Kanpur, 361 in Ahmedabad, form of economic development, sustained Water supply, equity and 265 in Madurai totalling 2,734 Households . The cities were and social justice, Water financing, pricing, governance and categorised according to five different areas, (i) high income management. group (HIG) areas with well planned buildings, (ii) middle This study mainly focuses on Domestic use of Water in seven income group (MIG) areas with well planned buildings, (iii) low major Indian cities; Delhi, Kanpur, Kolkata, Ahmedabad, Mumbai, income group (LIG) areas with well planned buildings, (iv) slum Hyderabad and Madurai.

4 Besides analysing activity-wise and areas, and (v) mixed areas. Within these identified clusters, a socio-economic group-wise Consumption of Water , the paper random sampling of Households from electoral rolls was under- examines the sources of Water supply, perception of Households taken. In each of these cities, several clusters of the same kinds about quality of municipal Water , duration of municipal Water of areas can be found, hence from each cluster at least eight supply, and awareness about Water conservation. Section I deals interviews were conducted. The data was collected through a with methods used for data collection and analysis, while Section structured schedule and the target respondents were housewives. II discusses the recommendations of various agencies about the The volume of vessels in which Households stored Water was per capita need of Water in urban areas. Analysis of socio- measured and the number of vessels of Water used in different economic group, area and city-wise Domestic Consumption of activities was ascertained.

5 Where running tap or piped Water Water is presented in Section III. Section IV extends the analysis was used in some activities, the duration for which the tap presented in Section III by analysing activity-wise Consumption was used was arrived at and the quantity of Water per minute of Water . Sources of Water and perception of Households about coming out from the tap was measured. By multiplying the time the safety of Water are analysed in Section V, while Section VI with the quantity of Water per minute, the volume of Water used deals with the duration and frequency of supply of municipal through running taps was estimated. The quantity of Water used tap Water and distance of sources of Water . Rainwater harvesting in a toilet was assessed by volume of bucket used, and flush can play an important role in meeting the Water supply challenge tank capacity. in urban India. This necessitates spreading awareness about Households were classified in various economic classes, such as rainwater harvesting.

6 In this context, Section VII examines the the very poor , poor , lower , middle and upper classes. 2190 Economic and Political Weekly June 9, 2007. We assigned certain weights to the assets possessed by house- metropolitan or megacities and non-metropolitan cities. In the holds, and by summing up the scores for each asset, the asset former, the recommended minimum Water supply level is 150. score for a household was arrived at. The assets for which data lpcd and in the latter 135 lpcd. [Government of India 1997, 2002]. were collected and the weights assigned to them are as follows: The National Commission on Urbanisation (1988) recommended four-wheeler/car (weight ), refrigerator ( ), washing ma- that a per capita Water supply of 90-100 litres per day is needed chine ( ), microwave oven ( ) three/two-wheeler ( ), colour- to lead a hygienic existence, and emphasised that this level of television ( ), computer/laptop ( ), music devices like cd/ Water supply must be ensured to all citizens [quoted in dvd/vcd/MP3 player ( ), internet connection ( ), black and Ramachandraiah 2001].

7 White television ( ), mobile phone ( ), cable for television Notwithstanding the IS:1172-1993 and the Five-Year Plan ( ), and radio/tape recorder ( ). The following ranges of recommendations, we find that almost every municipal corpo- asset scores were used to classify the Households in the above ration/municipality has defined the requirement of Water per mentioned economic/asset classes. (1) Very poor class: asset capita per day in its own way. One agrees that industrial and score (has no assets on which data is collected). (2) Poor commercial development of towns and cities may differ and class: asset score between to (at least has radio/tape hence the amount of Water required will also vary, but the recorder and/or black and white television). (3) Lower class: requirement for Domestic use seems unlikely to vary so much. asset score between to (at least has black and white The municipal corporation of greater Mumbai (MCGM) advo- television, radio/tape recorder, cable, mobile phone, or some of cates 135 lpcd as the Domestic requirement of Water , but the Delhi them with other assets).

8 (4) Middle class: asset score between Development Authority (DDA) considers 225 lpcd per day as to (at least has colour-television, refrigerator, washing the Water required for Domestic use. The DDA further assess as machine or some of them with other assets). (5) Upper class: a Water requirement of another 75 lpcd for industrial, commercial asset score and above (at least has four-wheeler, refrig- and civic or public use, thus making the total requirement of Water erator, washing machine and colour television, or some of them in Delhi 300 lpcd. This wide variation in recommendations/. with other assets). prescriptions for Domestic use of Water seems inexplicable, The annual income data of Households were also collected. particularly when both the megacities have well-developed The Pearson correlation coefficient between the household asset sewerage/flushing systems. score and income was found to be (p-value ). The World Health Organisation (WHO) classifies the supply However, we have used the household assets score rather and access to Water in four service categories.

9 These categories than monthly income for classifying Households in various are: (i) no access ( Water available below 5 lpcd); (ii) basic access economic categories, as there is a greater possibility of (average approximately 20 lpcd); (iii) intermediate access under or over reporting of income. Besides categorising (average approximately 50 lpcd); and (iv) optimal access Households on the basis of asset score, we have also classified (average of 100-200 lpcd) [WHO 2003; see also Bartram 2003]. the Households in five socio-economic classes (SEC)1 based Considering the fact that various agencies recommend on education and occupation of the main wage earner of different quantities of requirement of Water for Domestic use, we the household . These five SEC classes are SEC-A, SEC-B, have taken 100 lpcd Consumption (or availability, as Consumption SEC-C, SEC-D and SEC-E. is determined by availability) as a benchmark for identifying Water deficient Households . It must be noted here that there is II no strong basis for this benchmark but it is a rough average Water Required for Different Activities requirement in order to maintain a minimum standard of health and hygiene.

10 A number of factors like climate, culture, food habits, work and working conditions, level and type of development, and III. physiology determine the requirement of Water . As per the Domestic Consumption of Water Bureau of Indian Standards, IS:1172-1993, a minimum Water supply of 200 litres per capita per day (lpcd) should be provided It is important to note here, and this will be amply clear later, for Domestic Consumption in cities with full flushing systems. that the quantity of Water consumed in most of the Indian cities IS:1172-1993 also mentions that the amount of Water supply is not determined by the demand but the supply. People attempt may be reduced to 135 lpcd for the LIG and the economically Table 1: Domestic Water Consumption Per household weaker sections (EWS) of the society and in small towns and Per Capita Per Day [Modi 1998]. (in litres). Besides Domestic requirement, Water is also demanded for Cities Per household Per Capita commercial, industrial, and civic or public use. 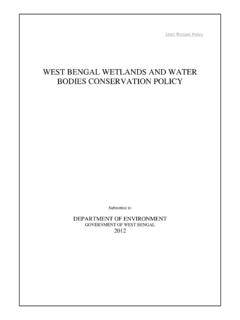 Audit of Water Pollution in India during 2010-11 after their Stakeholders' Conference on Environment Audit held in July, 2009 flagged water pollution as the most important environmental issue and perhaps remains to be India's largest environmental problem. 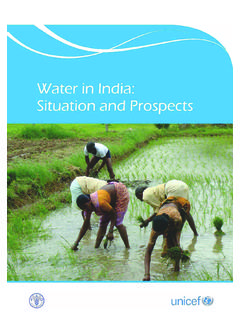 This report was carried out by UN agencies working in India and involved on water issues. This included active participation from WHO, UN-Habitat, UNESCO and UNRC office.

PRELUDE Building Bye-Laws are legal tools used to regulate coverage, height, building bulk, and architectural design and construction aspects of buildings so as to achieve 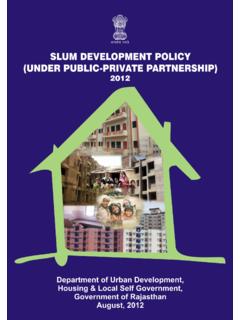 Government of Rajasthan ... credit from banks and housing finance institutions for the slum dwellers to ... 5.2 Where the Government or Local body is satisfied ... 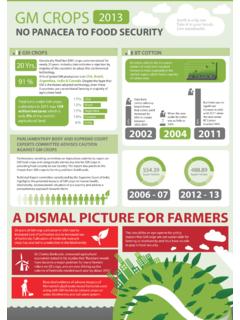 Genetically Modi˜ed (GM) crops commercialised for nearly 20 years. Industry data indicates a rejection by majority of the countries to adopt this controversial technology. 91% of global GM production is in USA, Brazil, Argentina, India & Canada. Despite the hype that 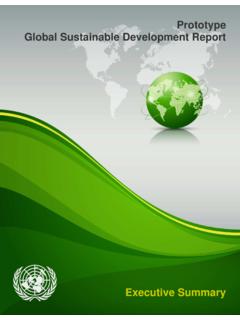 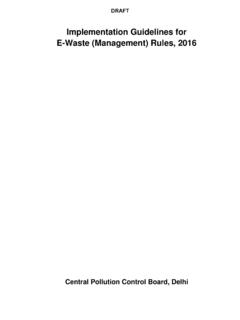 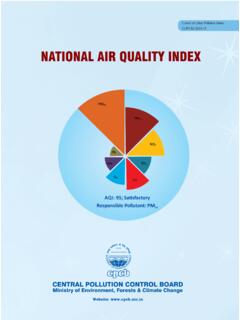 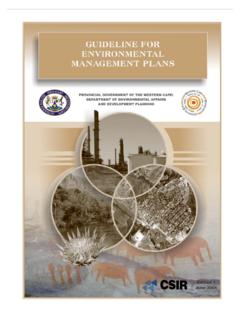