2 The current diatom flora is typical of mesotrophic lakes. However, the diverse macrophyte flora indicates that a range of chemical conditions exist in loweswater , supporting species typical of oligotrophic, mesotrophic and eutrophic waters. Furthermore, the bottom fauna and the leeches and oligochaetes are indicative of a productive lake, whilst the dominant corixid Water bugs species are more typical of an unproductive waterbody. It is, therefore, difficult to define the trophic status of loweswater consistently. The lake is naturally more fertile than many others in the English Lake District, because of its relatively lowland catchment with well developed soils. 3. From the available lake Water chemistry data, there is perhaps some evidence of slight enrichment during the last century. Nutrient data are sporadic but nitrate concentrations appear to have risen, probably associated with diffuse inputs from agricultural intensification.

3 Phosphorus concentrations appear to remain generally low with occasional high values of TP in recent years which could be cause for concern, although data are scarce and need augmenting. Available data for the lake inflows indicate that the main inflow of Dub Beck provides the major source of nutrient loading to the lake. The literature review supported the need for further Investigation into the Water Quality and ecology of loweswater . 4. This report describes the lithostratigrapy, radiometric dating, geochemistry and fossil diatom assemblages in twenty-five selected levels of a sediment core from the deep basin of the lake. Diatom transfer functions are applied to the diatom data to generate quantitative reconstructions of total phosphorus (TP) concentrations for the lake, following taxonomic harmonization between the training sets and core species data. The TP reconstructions are calculated using a Northwest European calibration set of 152 lakes (Bennion et al.)

4 , 1996) and an unpublished European calibration set of 46. large lakes. 5. The findings of this study suggest that loweswater has experienced slight nutrient enrichment over the last century. The diatom record shows that loweswater was less productive in the past with diatom assemblages indicative of relatively nutrient-poor waters and diatom-inferred TP (DI-TP) concentrations of around 10 g TP l-1 from approximately 1300 until 1850 AD. There was a clear shift in the diatom community at around 1850 AD marked by a decline in the small, oligotrophic Cyclotella taxa and Achnanthes minutissima, and an increase in taxa typically associated with mesotrophic conditions. A further expansion of taxa such as Tabellaria flocculosa, Cyclotella radiosa and Fragilaria crotonensis since the 1950s indicates recent ecological change, most likely associated with nutrient enrichment. The DI-TP results indicate a 50% increase in TP concentrations since around 1850 AD with values increasing from around 10 to 15.

5 G TP l-1 over this period. These DI-TP results, however, are based on a prototype version of a training set that has yet to be expanded and fully validated, and currently includes only 46 lakes. A refined model should be available later in 2000. Nevertheless, the recent DI-TP concentrations are in good agreement with current measured TP concentrations for loweswater and therefore the values are likely to be in approximately the correct range. 6. The geochemical record also provides evidence of enrichment, most notably by the sharp increases in Si/Ti and P above 20 cm (around 1750 AD) which are most easily explained by increased productivity of the lake. The start of the enrichment, however, appears to be somewhat earlier than that suggested by the diatom record. Nevertheless, in accordance with the diatom data the most marked changes in the geochemistry profiles occurred in the uppermost part of the core, representing approximately the last fifty years.

6 Recent changes in both the diatom and geochemical records are coincident with the timing of the increase in sediment accumulation rates, which have increased steadily since the 1950s. 7. Additionally, the geochemical record provided strong evidence for heavy metal pollution which is most likely associated with lead and zinc mining in the area, possibly dating from one thousand years ago and most notably since around 1750. AD. 8. In conclusion, the palaeolimnological study clearly demonstrates that loweswater is not currently in a pristine state. The data indicate that changes in Water Quality have occurred since around 1850 AD (perhaps a little earlier) which most likely marks the impact of the Industrial and Agricultural Revolutions upon land-use in the district. This was followed by further pronounced changes since around 1950 which are indicative of increased productivity.

7 9. The exact causes of the inferred enrichment are not clear and there is limited documentary data on land use changes and historical events in the catchment to aid interpretation of the findings. Potential nutrient sources include bird populations, changes in the fish community, agriculture and sewage effluent. Of these, only the latter two are likely to be significant. There is evidence from the published Water chemistry data of a long term increase in nitrate concentrations in loweswater from the late 1920s with more recent chemical changes since the 1950s including a significant increase in both potassium and nitrate. These nutrients are present in fertilisers and the available data, therefore, lend support to the hypothesis that agricultural activity may be a source of nutrients to the lake. Information on agricultural statistics would be required to interpret the links between changes in land-cover/management and eutrophication with any confidence.

8 10. The contribution of sewage inputs to the nutrient load entering the lake has not been quantified. There are no sewage treatment works in the loweswater catchment and, therefore, any effluent entering the lake will be derived from diffuse septic tank sources. Given the low population density in the catchment, it is unlikely that sewage effluent is the main cause of the increased nutrient levels in the lake although its role as a contributory factor cannot be ruled out. 11. The role of weather was also considered. Whilst the inferred enrichment is likely to be an important contributing factor to the observed recent trend in blue-green algal bloom incidents, the occurrence of blooms is also likely to be associated with low flushing and warm, calm weather conditions. Such conditions have been experienced more frequently in recent years (late 1980s and 1990s). 12. The study highlights the need for further monitoring of the Water Quality of loweswater . 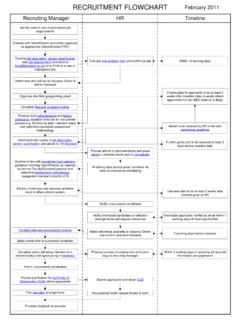 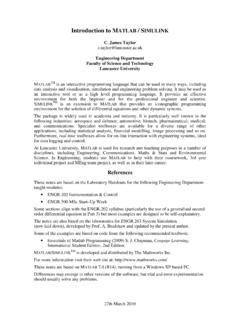 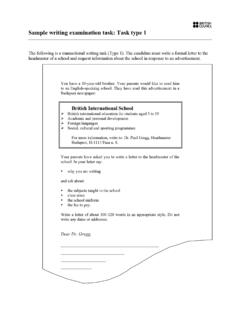 Sample writing examination task: Task type 1 The following is a transactional writing task (Type 1). The candidate must write a formal letter to the 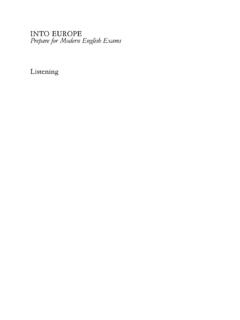 INTO EUROPE Series editor: J. Charles Alderson Other volumes in this series: Reading and Use of English The Speaking Handbook The Writing Handbook 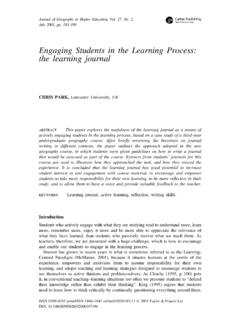 Engaging Students in the Learning Process: the …

Sample interview questions for Task 1 of the … 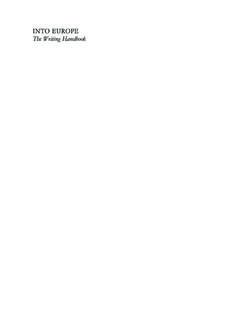 INTO EUROPE The Writing Handbook - Lancaster …

INTO EUROPE Series editor: J. Charles Alderson Other volumes in this series: Reading and Use of English The Speaking Handbook Listening

Into, Europe, Into europe 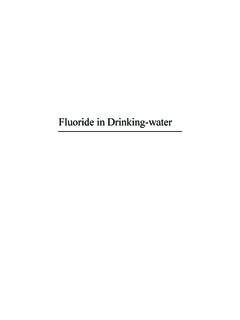 Guidance Document . FOR THE VAPOR INTRUSION PATHWAY . MAY 2013 . REMEDIATION AND REDEVELOPMENT DIVISION . Prepared by: Michigan Department of Environmental Quality 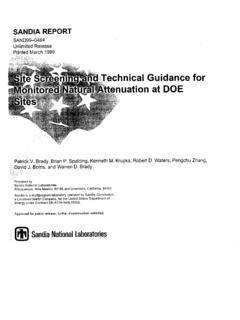 A Natural Attenuation Toolbox for Metals and Radionuclides

Environmental Fate and Transport for Per- and ...

3 Environmental Fate and Transport for Per- and Polyfluoroalkyl Substancescontinued Figure 2. Conceptual site model for industrial sites. (Source: Adapted from figure by …

Morrison Copper/Gold Project pacific booker minerals inc. The recommendations of the Executive Director appear to make the assumption that the implementation of … 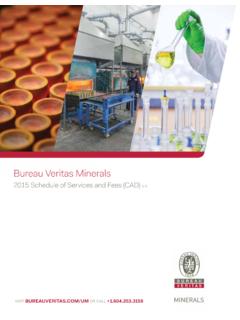