WHAT ARE REASONABLE ATTORNEY FEES? - …

What, Attorney, Reasonable, Fees, What are reasonable attorney fees

2 Before joining Leyh & Payne in 2004, Benjamin practiced commercial litigation for the Dallas firm of John H. Carney &. Associates (2002-2003). Benjamin started his career in 1998 as a solo practitioner in Houston before moving to Dallas in 2000. Benjamin is licensed to practice law in all Texas courts, United States District Courts for the Northern, Southern, and Eastern Districts of Texas, United States Court of Appeals Fifth Circuit, and United States Supreme Court. After receiving his BA in Government from the University of Texas at Austin in 1994, Benjamin obtained his JD from the University of Houston Law Center in 1997, where, among other accomplishments, he was named a Dean's Scholar, was Editor-in-Chief of Legalese, the official student publication of the University of Houston Law Center, and received awards for outstanding achievement in legal research and best brief in legal writing.

3 Benjamin is the 2006-07 Chair of the State Bar of Texas Hispanic Issues Section, as well as the 2007- 08 President of the Mexican-American Bar Association of Houston and the 2006-07 President-Elect of the Mexican American Bar Association of Texas. Benjamin served as the Co-Chairman of the Pro Bono Sub- committee of the ABA Section of Litigation Trial Practice & Procedure Committee from 2005 to 2007. Benjamin currently serves on the Board of Trustees of the Houston Lawyer Referral Service, the Editorial Board of The Houston Lawyer magazine, and the City of Houston Automotive Board (appointed by Mayor Bill White).

4 Benjamin has been Chair of the Houston Bar Association's Lawyers in Public Schools Committee and a member of the Houston Bar Association's Speakers Bureau Committee. Benjamin was a member of the award-winning 2005-06 Editorial Board of The Houston Lawyer, which received the State Bar of Texas'. Best Publication Award for 2005-06, and was named a Local Hero by the 2004-2005 Editorial Board of The Houston Lawyer (of which he was not a member at the time). Benjamin has spoken to and taught students from elementary school to law school and to adult groups on a myriad of subjects, including the power of positive thinking, setting and achieving goals, the importance of education, choosing law as a career, our justice system and how it operates, the everyday life of a litigator, the importance of our jury system, and the 50th Anniversary of Brown v.

5 Board of Education. Benjamin was chosen to give the New Century 8th Grade Promotion Keynote Speech at his alma mater, Alexander Hamilton Middle School in the Houston Heights in 2000. Benjamin has been married for 15. years. what are REASONABLE ATTORNEY fees ? Chapter 15. TABLE OF CONTENTS. I. Introduction .. 1. II. Texas Disciplinary Rules of Professional Conduct .. 1. A. The Preamble .. 1. i. Paragraph 7 .. 2. ii. Paragraph 9 .. 2. iii. Paragraph 11 . 3. B. Rule .. 3. i. fees are never unreasonable . 3. ii. Unconscionable fees .

7 Yet, I access to our civil justice system and quality have seen lawyers stumble when questioned of defense in our criminal justice system. about the reasonableness of their fees in a ATTORNEY fees can affect the public's view of default hearing, let alone a jury trial with and respect of the legal profession and its opposing counsel. Lawyers must prepare primary participants (lawyers). Therefore, their ATTORNEY fees evidence and arguments despite the fact that we are not free to as vigorously as the underlying bargain for any amount of ATTORNEY fees , I.

8 Representation or be subject to doing all of am confident that keeping ATTORNEY fees their work for less compensation than REASONABLE does more good than harm for expected. our profession. fees are the life blood of a legal II. Texas Disciplinary Rules of practice. ATTORNEY fees are subject to a Professional Conduct reasonableness standard, whereas general business transactions are not. But for Rule of the Texas Disciplinary extreme cases such as gasoline prices during Rules of Professional Conduct3 ( the hurricane evacuations, a seller and a Rules ) concerns ATTORNEY fees .

9 Before purchaser are free to agree on any price for a reviewing that particular rule, we need to put product or service in our economic system. that rule into context. Yet, an ATTORNEY is restricted from exercising the same type of business judgment. Even A. The Preamble should a client and an ATTORNEY agree to a fee, that fee could later be determined to be The Preamble to the Rules set forth unreasonable and the fee reduced or revoked general guidelines regarding a lawyer's in its entirety! professional and personal responsibilities in the practice of law in Texas as well as the The CLE presentation and article focuses on the standards used in Texas state reasonably expended on the litigation multiplied by a courts to determine the reasonableness of a REASONABLE hourly rate. 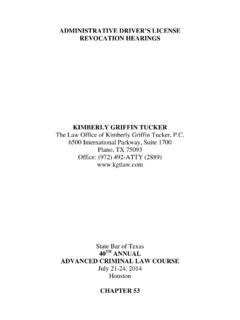 RENEWAL AND REVIVAL OF JUDGMENTS - … 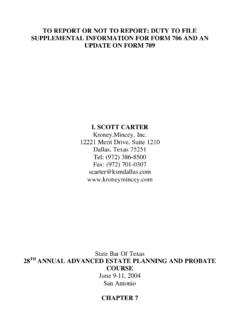 TO REPORT OR NOT TO REPORT: DUTY TO FILE …

to report or not to report: duty to file supplemental information for form 706 and an update on form 709 i. scott carter kroney.mincey, inc. 12221 merit drive, suite 1210 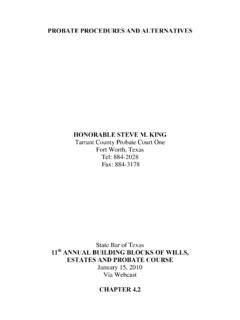 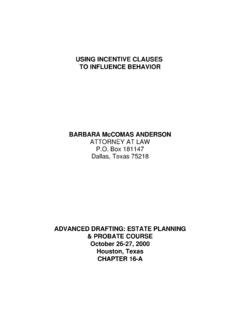 DAMAGES IN A COMMERCIAL CONTEXT - Texas …

“WHERE DO WE FILE THIS THING?” JURISDICTION …

“WHERE DO WE FILE THIS THING?” JURISDICTION AND VENUE IN SAPCR ... Amarillo Bar Association, ... include proceedings for divorce, separation… 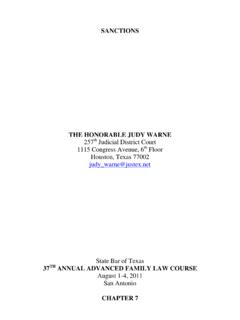 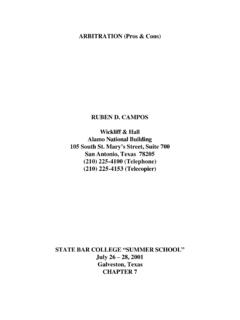 CHAPTER 1 - INTRODUCTION TO THE …

Draft for discussion Family Unity and Refugee Protection∗ by Kate Jastram1 and Kathleen Newland2 I. Introduction Family unity is a fundamental principle of international law.3 For refugees and those who seek to protect them, this principle has several important facets.

TM 9-2320-325-10-HR 0001-3 0001 l. SEC (Column d). The Physical Security, Pilferage code is entered here. This is a one-position code which indicates the security classification or pilferage control for storage or transportation of assets.

TM 9-2320-326-10-HR 0001-3 0001 l. SEC (Column d). The Physical Security, Pilferage code is entered here. This is a one-position code which indicates the security classification or pilferage control for storage or transportation of assets.

w copyright.gov CIRCULAR 1 Copyright is a form of protection provided by the laws of the United Statesto the authors of “original works of authorship”