2 Piping designers may use a variety of tools to predict and avoid Thermowell failures in their systems, but ASME PTC had been the standard by which most thermowells were designed. Color enhanced smoke trail showing von Karman Vortex Street in laminar fluid flow(1). Brief history of ASME PTC The standard dates back to 1957 when ASME (American Society of Mechanical Engineers). determined that the 1930's Supplement on Temperature Measurement was unsatisfactory because it did not include thermal and stress effects. ASME asked the Boiler and Pressure Vessel Committee to create a document, but it was deemed outside their scope. A stand-alone committee was then charged with all of temperature measurement with Thermowell design as a section. The basis for ASME PTC was a paper authored by Murdock (1959).

3 (2). John Brock of the Naval Post Graduate School conducted some follow-on work in 1974 that uncovered several items that Murdock either assumed or ignored. Brock suggested such ideas as using a variable Strouhal Number rather than a fixed Strouhal Number, applying installation factors in the approximation of the natural frequency of the Thermowell , and reviewing the frequency ratio limit of to account for uncertainty in the natural frequency calculations (3). Some of these demonstrated that there could be improvements made to ASME PTC (1) Wikipedia as of 5/20/2011. (2) Murdock, , Power Test Code Thermometer Wells Journal of Engineering for Power (1959). (3) Brock, John E., Stress Analysis of Thermowells, Naval Postgraduate School, Monterey CA (1974). 2 Thermowell calculations White paper Thermowell calculations 00840-0200-2654, Rev AC March 2014.

4 ASME PTC did not seem to account for all installations. An example of a high profile catastrophic Thermowell fatigue failure came when the Monju (Japan) Fast Breeder reactor was shutdown due to a leak in a liquid sodium coolant system in 1995. The investigation revealed that the Thermowell was designed in accordance to ASME PTC but the failure mode was due to the in-line resonance, which is not accounted for in the standard. The result was the development of the Japanese version of the standard, called JSME S012(1). The reactor was eventually restarted in May of 2010 after years of investigation and legal battles. For the most part, though, ASME PTC was used successfully in both steam and non-steam applications. Several key factors caused ASME to re-form the committee in 1999 to completely rewrite the standard; advances in the knowledge of Thermowell behavior, a number of catastrophic failures (Monju among them) and the increased use of Finite Element Analysis for stress modeling.

5 When combined, these factors caused many in the industry to move away from the rudimentary methods and simplified tables laid out in ASME PTC in favor of more advanced methods for predicting the Thermowell natural frequency and calculating the forced frequency. Rather than simply update the existing version of ASME PTC , the committee decided to release a new standard due to the significant changes associated with the effort. The Thermowell calculation portion of ASME PTC was 4 pages. By comparison, the new standard, known as ASME PTC TW-2010 ( TW for Thermowell ), is over 40 pages due to the explanations of theory and the sheer complexity of the process. ASME PTC TW-2010 was released in July 2010. ASME PTC methodology As previously stated, the 1974 standard is very brief.

6 It allows few stem profiles and uses simplified equations to model the Thermowell for natural frequency calculations . Even though it allows any attachment method that is approved by the ASME Boiler and Pressure Vessel and Piping Codes, the equations do not differentiate between common mounting style variations such as flanged, threaded, and socket weld, and ignores the effects of different stem profiles, such as straight, taper, and stepped. Bore dimensions not in the tables are not accounted for, so bores for 1/4-in. and 6 mm diameter sensors share the same constants in the equations and no constants are provided for 3. mm diameter sensor bores. For all its drawbacks, though, ASME PTC does have a simple process for Thermowell evaluation that helped make it widely accepted in the industry; gather the process data and the Thermowell materials information, calculate the natural and Strouhal Frequency, compare the ratio to , calculate the bending stress, compare maximum pressure to process pressure, and check the maximum length to the desired length.

7 Gathering the process data and materials information is a straightforward step except that there is one piece of data that is no longer readily available. The Ratio of frequency at process temperature to frequency at 70 F is not easily found. The method of calculating the Thermowell natural frequency uses a simple equation, but some of the terms, such as Kf, are not well defined. If the Thermowell U-length does not match one of (1) Odahara, Sanoru, et al. Fatigue Failure by In-line Flow-induced Vibration and Fatigue Life Evaluation, JSME International Journal, Series A, Vol. 48, No. 2 (2005). Thermowell calculations 3. Thermowell calculations White paper March 2014 00840-0200-2654, Rev AC. those listed in the table, the designer should use the data for the length longer than the Thermowell to be conservative.

8 For an acceptable Thermowell design, the ratio of the Strouhal frequency and the natural frequency shall not exceed The final step is an evaluation of the Thermowell length based on the steady state stress. This determines the maximum length the Thermowell can be in order to handle the bending stress. This length is compared to the desired length to determine if it is acceptable or if it must be shortened. Vortex shedding theory (basis for ASME PTC TW-2010). When a fluid flows around a blunt object in its path, vortices are formed downstream of the object. This is commonly referred to as vortex shedding, Von Karman Vortex Street, or flow vortices. The vortices are low pressure cells that are created and shed downstream in an alternating pattern. The differential pressure due to the alternating vortices produces alternating forces on the object.

9 This results in alternating stresses on the object as it deflects. This phenomenon is observed in nature as eddies in the current downstream of bridge piers, swirls in the clouds downwind of the peaks of mountains, or Aeolian tones heard as the wind passes around utility lines. While vortex shedding is useful for process flow measurements, Thermowell designers should avoid it due to the potential for failure. Flow Landsat 7 image of a von Karman Vortex Street in the clouds off the Chilean coast near the Juan Fernandez Islands (15 Sept 99) (1). Because the major cause of Thermowell failure is fatigue due to resonance, the designer needs to understand vortex shedding in order to avoid its effects and predict the vortex shedding frequency. Since vortex shedding occurs at frequencies anywhere from about 50Hz to 1500Hz, the Thermowell can experience a large number of cycles in a short amount of time.

10 Examples of Thermowell failures due to fatigue As the vortex shedding frequency, or Strouhal Frequency, approaches the Thermowell natural frequency, the tip displacement and stresses are greatly magnified and the Thermowell can fail due to the large amount of energy it must absorb. So, in addition to process conditions such as (1) NASA Earth Observatory Website . 4 Thermowell calculations White paper Thermowell calculations 00840-0200-2654, Rev AC March 2014. pressure, temperature, and corrosion, the designer must account for the high cycle fatigue strength for overall suitability in the application. Minimum velocity For slow flowing process fluids, there is not enough energy transferred from the process fluid to the Thermowell to cause fatigue failure. If the following conditions are met, there is no need to conduct frequency limit calculations as the risk of Thermowell failure is negligible. 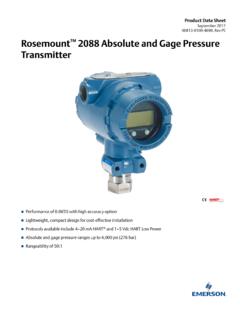 2 Visualize a solution that simplifies the way you handle regulatory compliance With our continuous emissions monitoring systems, Rosemount Analytical designs and engineers the right system for your specific 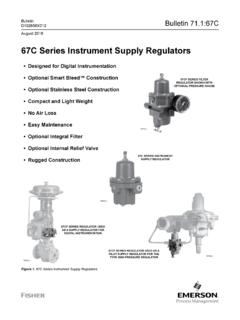 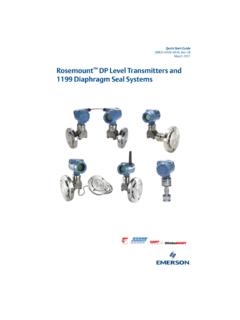 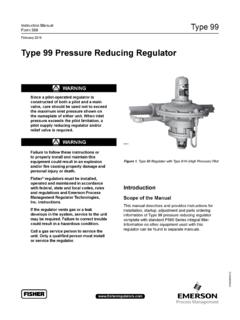 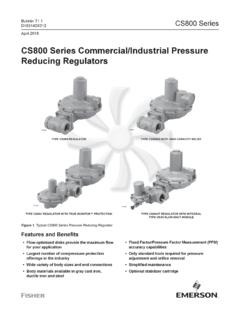 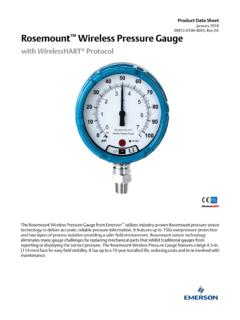 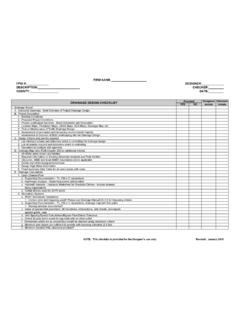 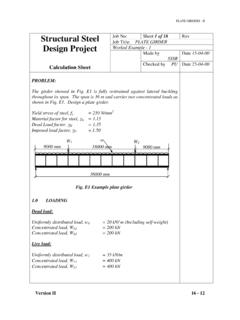 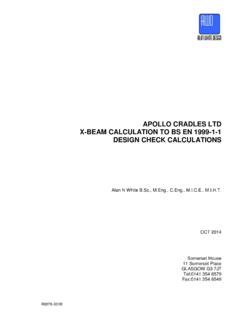 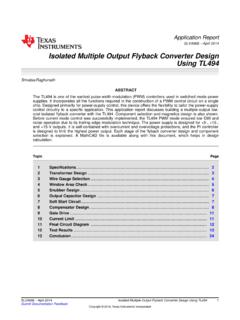 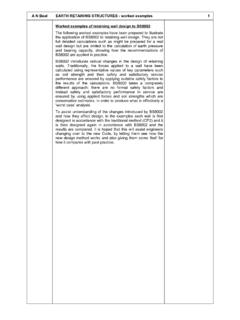 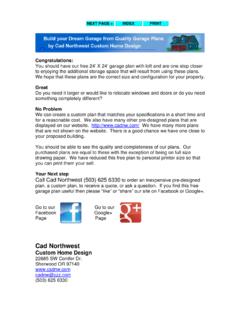 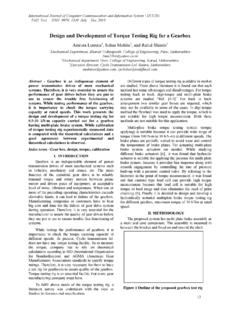