PROGRESS. REPORT. WHO. JUNE 2013 PREQUALIFICATION . Content WHO PREQUALIFICATION : Assuring the quality of key 1. p 2 p 6 Diagnostics and medical 10. Future thinking .. p 14. WHO PREQUALIFICATION : Assuring the quality of key products The World Health Organization's PREQUALIFICATION programme ensures that key Health products are safe, appropriate and meet stringent quality standards for international procurement. It does so by assessing product dossiers, inspecting manufacturing and testing sites, organizing quality control testing of vaccines and medicines, validating the performance of diagnostics, and verifying that the products are suitable for use in the destination countries.

WHo PReQaliFication PRogRess RePoRt 3 WHO PREQUALIFICATION OF VACCINES Vaccination is one of the most cost-effective health interventions. Prequalification of vaccines aims to facilitate universal access to vaccines of assured quality

1 PROGRESS. REPORT. WHO. JUNE 2013 PREQUALIFICATION . Content WHO PREQUALIFICATION : Assuring the quality of key 1. p 2 p 6 Diagnostics and medical 10. Future thinking .. p 14. WHO PREQUALIFICATION : Assuring the quality of key products The World Health Organization's PREQUALIFICATION programme ensures that key Health products are safe, appropriate and meet stringent quality standards for international procurement. It does so by assessing product dossiers, inspecting manufacturing and testing sites, organizing quality control testing of vaccines and medicines, validating the performance of diagnostics, and verifying that the products are suitable for use in the destination countries.

2 VACCINES MEDICINES DIAGNOSTICS. The PREQUALIFICATION of Vaccines The PREQUALIFICATION of Medicines The PREQUALIFICATION of Diagnostics Programme was created in 1987 Programme was created in 2001 and Medical Devices Programme to assure the quality of vaccines to prequalify antiretrovirals (ARVs) evolved from the test kit evaluation distributed by UN purchasing meeting WHO norms and standards, programme created in 1988. It agencies. as a contribution to combating the became operational in 2010 and HIV epidemic. The Programme's is aligned with current regulatory It prequalifies a wide range of mandate was later extended to requirements. traditional as well as combination also cover medicines for malaria, It covers diagnostics and medical and novel vaccines, and identifies tuberculosis, reproductive Health , devices for priority diseases, such other possible future candidate neglected tropical diseases, as HIV/AIDS, malaria and hepatitis vaccines.

3 Influenza and diarrhoea. B and C. PREQUALIFICATION creates global competition for quality -assured products. Every year, more than billion The majority of the million In 2012, prequalified HIV rapid doses of vaccines are used people currently on HIV diagnostic tests (RDTs) accounted globally to immunize children treatment in low- and middle- for 85% of the million tests under 10 years old. income countries are taking procured by key stakeholders. prequalified ARVs. Over 280 million Prequalified CD4 technologies Prequalified vaccines are used treatment courses of prequalified suitable for district and point- to immunize 65% of infants artemisinin-based combination of-care level represent the vast worldwide.

4 Therapies (ACTs) were sold in 2011 majority of the global market for to treat malaria. such products. PREQUALIFICATION detects and addresses quality failures. Outcomes of a WHO site audit led In September 2011, falsified copies In 2011, a WHO Field Safety Notice to a supply suspension of a vaccine of a prequalified ARV product resulted in an unprecedented through UN systems in 2012. were found in an African country. recall of 14 lots of a widely used WHO immediately investigated HIV RDT. This event triggered The manufacturer proactively the matter and published full global measures to secure a quarantined products in transit information and recommendations continued quality -assured supply and developed a corrective action for procurers and treatment of needed tests.

6 OF VACCINES. Vaccination is one of the most cost-effective Health interventions. PREQUALIFICATION of vaccines aims to facilitate universal access to vaccines of assured quality to National Immunization Programmes in countries in most need. WHO PREQUALIFICATION PROGRESS REPORT. >. 3. Achievements Results (as of June 2013, or for full years as stated). PREQUALIFICATION of vaccines is linked to the maturity of Evaluation principles regulatory oversight and to the availability of international unctionality of the national regulatory authority (NRA). F. standards. Due to the inherent variability of biological of the producing country products, standardization is key, as is the need for strong ossier assessment D.

7 Regulatory oversight. On the other hand, constant technical advances present continuous challenges for all stakeholders ssessment of suitability for use of the vaccine in the A. intended settings in assuring the quality of vaccines to the highest attainable standards. ood manufacturing practice (GMP) inspections G. andom quality control (QC) testing R. The Programme prequalifies a wide range of vaccines according to a biennial prioritization list which takes into onitoring of complaints and adverse events M. account the demand in UN-supplied markets, programmatic needs and strategies, and supply security. Fees s specified on the Programme's website A. A wide choice of prequalified vaccines is produced in 21 Prequalified vaccines different countries, including some emerging economies.

8 29 prequalified vaccines listed on the Programme's 1. The top five countries by number of products prequalified website are India, Belgium, France, Indonesia and the Republic of Korea. Pipeline A streamlined procedure was introduced in 2012 to otal of 14 vaccines under assessment T. reduce assessment timelines and make best use of limited new submissions in 2012 one completed, 7. resources through the following approaches: six ongoing > Recognition of regulatory assessment and inspection reports and test results for vaccines approved in USA, Variation control Europe, Canada, France, Belgium, Italy or Australia, or 3 manufacturers' annual reports reviewed in 2012, 5. by the European Medicines Agency under Article 58 giving rise to review of 448 variations >.

9 Review of manufacturers' Vaccine Product Annual uidance on variations and variation reporting by G. Reports for each prequalified vaccine manufacturers published for comment in February 2013. > Risk-based re-assessment schedule taking into account NRA functionality, QC test results, complaints and Re-assessment adverse events history, and the number and scope of 2 prequalified vaccines reassessed in 2012. 1. variations. WHO PREQUALIFICATION PROGRESS REPORT. >. 4. Achievements Results (as of June 2013, or for full years as stated). The quality of prequalified products is monitored on an Random testing ongoing basis through QC testing as well as monitoring 54 vaccine lots tested by WHO-contracted 1.

10 Of complaints and adverse events following immunization laboratories in 2012. (AEFI). Serious issues are fully investigated and followed up as appropriate by additional lot testing, site audits and Follow-up of potential quality issues other measures; if they are not remedied the vaccine may 5 complaints investigated in 2012. 1. be removed from the PREQUALIFICATION list. reports of AEFI communicated to WHO in 2012 (7 in 9. Investigation outcomes are published on the web, providing 2011), of which 7 were serious. None was linked to a safety signals to the Global Advisory Committee on Vaccine quality defect, 3 were due to programmatic error Safety. Manufacturers are encouraged to meet with the Prequal- Consultations ification Programme before submitting applications for 19 one-on-one meetings held with manufacturers in 1. 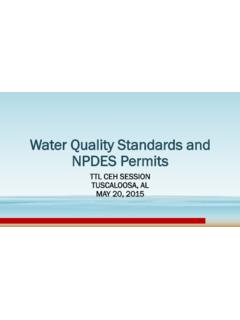 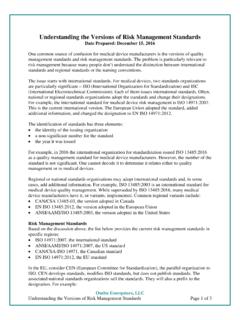 Understanding the Versions of Risk Management …

Ombu Enterprises, LLC Understanding the Versions of Risk Management Standards Page 2 of 3 . For each of the EU standards, there is national standard based on the standards body of the 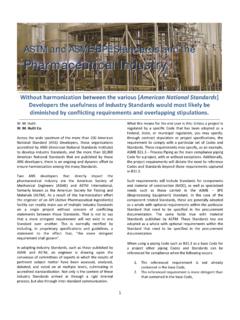 ASTM and ASME-BPE Standards and the …

2 Figure 1 – Venn Diagram of codes & standards requirements . 3. The referenced requirement does not conflict with a “not permitted” statement in the base Code. 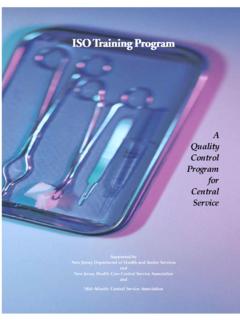 A Quality for Service - Cbspd

Services, Quality, A quality for service 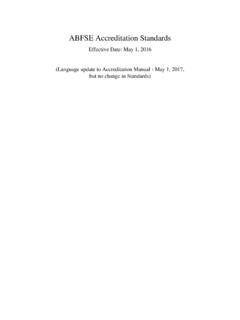 CHAPTER IX ACCREDITATION STANDARDS PREAMBLE Funeral service is a profession practiced by men and women who are required to meet certain educational, societal, 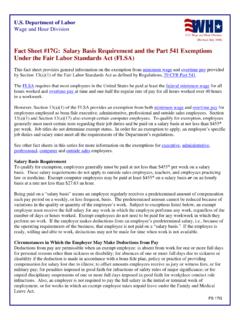 THE COST AND CONSEQUENCES OF NON-HYSTER APPROVED PARTS QUALITY PARTS COULD BE HIGH. Sure, a will-fit part might look the same. But has it been tested in real-world conditions on the Hyster ® model on which it will be installed? 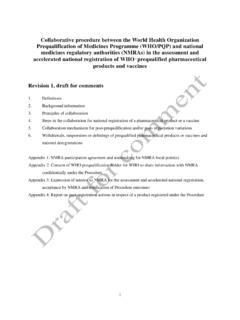 Collaborative procedure between the World Health ...