Why The Vasa Sank: 10 Lessons Learned

Why The vasa Sank: 10 Lessons Learned Introduction Around 4:00 PM on August 10th, 1628 the warship vasa set sail in Stockholm harbor on its maiden voyage as the newest ship in the Royal Swedish Navy. After sailing about 1300 meters, a light gust of wind caused the vasa to heel over on its side. Water poured in through the gun portals and the ship sank with a loss of 53 lives. The vasa lay in shallow waters of Stockholm harbor (at 32 meters depth) and after initial attempts to salvage it failed, was largely forgotten until it was located by Anders Franzen in 1956 [1]. In 1961, 333 years after it sank, the vasa was raised and was so well preserved that it could float after the gun portals were sealed and water and mud were pumped from it.

Prepared by 1 of 7 R. Fairley Why The Vasa Sank: 10 Lessons Learned Introduction Around 4:00 PM on August 10 th, 1628 the warship Vasa set sail in Stockholm harbor on its maiden voyage as the newest ship in the Royal Swedish Navy.

1 Why The vasa Sank: 10 Lessons Learned Introduction Around 4:00 PM on August 10th, 1628 the warship vasa set sail in Stockholm harbor on its maiden voyage as the newest ship in the Royal Swedish Navy. After sailing about 1300 meters, a light gust of wind caused the vasa to heel over on its side. Water poured in through the gun portals and the ship sank with a loss of 53 lives. The vasa lay in shallow waters of Stockholm harbor (at 32 meters depth) and after initial attempts to salvage it failed, was largely forgotten until it was located by Anders Franzen in 1956 [1]. In 1961, 333 years after it sank, the vasa was raised and was so well preserved that it could float after the gun portals were sealed and water and mud were pumped from it.

2 Today it is housed in a museum specially built for it, near the site where it foundered [6]. That the vasa is so remarkably well preserved is based on two factors: the sheltered harbor in which the vasa lay, and the salinity of the water in the Baltic Sea. Because it lay in a sheltered harbor, the vasa was protected from storms that would otherwise have destroyed it in the shallow waters of the Baltic Sea. Because of the salinity of the water, worms that would otherwise have infested and destroyed the wooden vessel are not present in the Baltic. The sinking of the vasa was a major disaster for Sweden. The country was at war with Poland and the ship was needed for the war effort.

3 No expense had been spared. The vasa was the most expensive project ever undertaken by Sweden and it was a total loss. The ship's captain survived the sinking and was immediately thrown into jail. On August 11th, the day after the disaster, a preliminary board of inquiry was convened. Incompetence of the captain and crew was ruled out and the captain was set free. A. formal hearing was conducted in September of 1628. No exact reason for the sinking was determined and no one was blamed. Since being salvaged in 1961, the vasa has been extensively analyzed and historical records concerning its construction have been examined. The fundamental reason the vasa sank is, of course, that the ship was unstable.

4 The reasons that the vasa was constructed to be unstable, and launched when known to be unstable, are numerous and varied. The Lessons to be Learned are as relevant to our modern-day attempts to build large, complex systems as they were to the art and craft of building warships in 1628. The story of the vasa unfolds as follows. The King frequently changed his orders for ships to be built. On January 16, 1625, King Gustav II Adolph of Sweden directed Admiral Fleming to sign a contract with the Stockholm ship builders Henrik and Arend Hybertsson to design and oversee construction of four ships. Henrik was the master shipwright and Arend was the business manager. They subsequently subcontracted with shipbuilder Johan Isbrandsson to construct the ships under their direction.

5 The four ships were to be built over a period of four years: two smaller ones having keel lengths of about 108 feet and two larger ones having keel lengths of about 135 feet. Based on a series of on-going (and confusing) changes ordered by the King during the spring and summer of 1625, Henrik requested oak timbers be cut from the King's forest Prepared by 1 of 7. R. Fairley for two 108-foot ships and one 135-foot ship. On September 20, 1625 the Swedish Navy lost ten ships in a devastating storm. The King then ordered that the two smaller ships be built first on an accelerated schedule to replace two of the lost ships. Construction of the vasa commenced in early 1626, as a small ship, and was completed 2 years later, in August of 1628 as a large ship, after undergoing numerous changes in requirements.

6 On November 30, 1625 the King changed the order for the two smaller ships, requiring them to be 120-foot in length. The ships were to be enlarged so that more armament could be carried. They were to each carry thirty-two 24-pound guns in a traditional enclosed deck configuration1. An inventory of materials by Henrik Hybertsson indicated that he had enough timbers available to construct one 111-foot ship (an approximation to 120-foot based on availability of materials) and one 135-foot ship. Under the King's direction, as conveyed by Admiral Fleming, Henrik laid the keel for a 111-foot ship because it could be completed more quickly than the 135-foot ship (for which timbers were also available).

7 It is not clear from the records whether the keel for a 108-foot ship had already been laid and was then extended to 111-foot, or whether the 111-foot keel was laid initially. No specifications for construction of the vasa 's modified keel were prepared. After the 111-foot keel of the vasa had been laid, King Gustav Learned that a large ship with two gun decks was being built in Denmark. This resulted in an order from the King that the ship currently under construction (the vasa ) be enlarged and that the enlarged ship have two enclosed gun decks. Admiral Fleming thus relayed the order for the 111- foot ship to be scaled up to 135 feet and that a second enclosed gun deck be added.

8 Scaling-up the 111-foot keel using materials planned for the 135-foot ship was thought to be more expeditious than laying a new 135-foot keel. It is worth of note that when King Gustav ordered the vasa be scaled up to a larger ship no one in Sweden, and Hybertsson in particular, had ever built a ship with two enclosed gun decks. It is also noteworthy that the evolution of warship architecture from one enclosed gun deck to two enclosed gun decks marked a change in warfare tactics that became commonplace in the late 1600s and 1700s. In the 1500s and early 1600s, the cannons on warships were used to fire initial volleys with the main objective being to cripple the opponent's ship so that it could be boarded and seized.

9 To this end, the earlier warships carried large numbers of soldiers (as many as 300). With the introduction of two-gun- deck warships, the objective became to fire broadside volleys and sink the opponent. The contract with the Hybertssons was revised but no specifications, or crude sketches, for the vasa (in either the 111-foot or 135-foot version) have ever been found. It is not likely that specifications would have been prepared for the original 108-foot version of the vasa because these types of ships had been routinely built for many years and Hybertsson was an experienced shipwright, working with an experienced ship builder. None of the related (and well-preserved) documents mentions drawings for the larger versions of the vasa .

10 Given the circumstances and the schedule pressure under which the vasa was constructed it is most likely that time was not spent to prepare specifications for the larger versions of the vasa . It is likely that Henrik Hybertsson scaled up the 1. 24 pounds refers to the weight of the shot fired by the cannon. In those days, naval cannons were made of brass. A 24-pounder weighed approximately 3000 pounds. Prepared by 2 of 7. R. Fairley dimensions of the original 108 foot ship to meet the length and breadth requirements of the 111-foot ship and subsequently scaled those up for the 135-foot version of the vasa . The manner in which the 111-foot version of the vasa was scaled up to 135-foot was constrained by the existing 111-foot keel. Examples of Data Representation using Tables, Graphs and Charts ... For example: Table 1 – costs of developing the widget. Numbers and labels go ABOVE tables but they go BELOW graphs. The top goes to the ... This is a good table. Each column has a heading and units have been included. The table 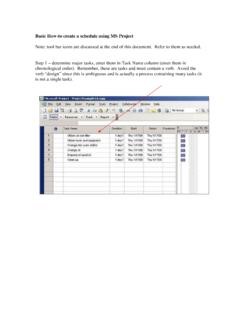 this is a tool to be used during the execution of the project. It should be detailed enough to communicate what tasks need to be done and when, but not “ridiculously” detailed. 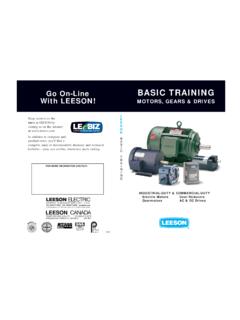 A Subsidiary of REGAL-BELOIT CORPORATION With …

3 INTRODUCTION TO LESSONS LEARNED: A BASIC FRAMEWORK What we have learned that local governments want to know about climate adaptation can be encapsulated in the following five questions: • What will climate change impacts generally mean for city and county activities and 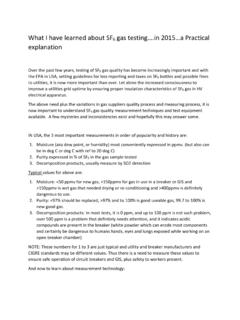 What I have learned about SF gas testing….in …

What I have learned about SF 6 gas testing….in 2015…a Practical explanation Over the past few years, testing of SF 6 gas quality has become increasingly important ... 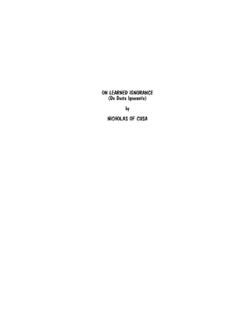 desire to exist in the best4 manner in which the condition of each thing's nature permits this. And [we see that all things] act toward this end and have instruments adapted thereto. They have an innate sense 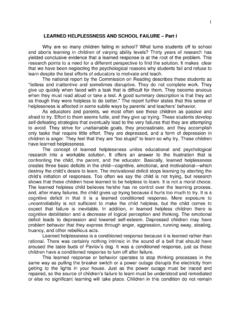 1 LEARNED HELPLESSNESS AND SCHOOL FAILURE – Part I Why are so many children failing in school? What turns students off to school and aborts learning in children of varying ability levels?