WIRING A VEHICLE FOR TRAILER TOWING - The …

TOWBAR WIRING . This leaflet is prepared as a Club service to members. Some previous versions of it were titled WIRING a VEHICLE For TRAILER TOWING '. The contents are believed correct at the time of publication. Please raise any queries with The Club's Information Department September 2009. Contents Contents .. 1. 1. Scope .. 1. 2. Introduction .. 2. 3. Which System Do You Need? .. 2. October 1979 to 31 August 1998 Caravans .. 4. 1 September 1998 to 1 September 2008 5. Caravans Built Since 1 September 2008 and Some Continental-Built Caravans Before and After This Date. Also Some Towcars Especially Those Fitted With Manufacturer-Supplied Towbars .. 6. General Design Points .. 8. 5. Checking A New Installation .. 19. Installation 19. Functional Check.

TOWBAR WIRING This leaflet is prepared as a Club service to members. Some previous versions of it were titled ‘Wiring a Vehicle For Trailer Towing’. The contents are believed correct at the time of publication.

1 TOWBAR WIRING . This leaflet is prepared as a Club service to members. Some previous versions of it were titled WIRING a VEHICLE For TRAILER TOWING '. The contents are believed correct at the time of publication. Please raise any queries with The Club's Information Department September 2009. Contents Contents .. 1. 1. Scope .. 1. 2. Introduction .. 2. 3. Which System Do You Need? .. 2. October 1979 to 31 August 1998 Caravans .. 4. 1 September 1998 to 1 September 2008 5. Caravans Built Since 1 September 2008 and Some Continental-Built Caravans Before and After This Date. Also Some Towcars Especially Those Fitted With Manufacturer-Supplied Towbars .. 6. General Design Points .. 8. 5. Checking A New Installation .. 19. Installation 19. Functional Check.

2 19. 6. Fault Finding .. 21. Road Light Circuits .. 21. Supplementary Circuits .. 22. 7. Miscellaneous 23. 42V Electrical Systems .. 23. Glossary of Terms .. 23. 8. Useful Contacts .. 25. 1. Scope This leaflet describes the WIRING additions to a towcar to make it suitable for TOWING . It is based on current UK practice, and on the relevant British and international standards, including the changes resulting from the introduction of European Standards for caravans from 1 September 1998. It is not intended as a set of installation instructions for towbar WIRING , and should not be used as such. Its purpose is:- to provide advice on the correct specification of a towbar WIRING system to allow an already-installed system to be checked for correctness to diagnose common faults and problems in service 2.

3 2. Introduction Before a VEHICLE can be used for TOWING , it is necessary to fit a towbar, (probably). modify the direction indicator system and install the necessary socket(s) to power the caravan or TRAILER 's road lights and any internal auxiliary equipment. In the past, this was commonly considered a straightforward task for a competent DIY person. In recent years, however, the increasing complexity of VEHICLE electrical systems has made it more and more difficult to obtain and interpret the technical information necessary to ensure that the required connections are made in a correct and safe manner. Some vehicles could be seriously damaged by the use of an inappropriate off the shelf'. towbar WIRING kit with some others, the additional WIRING would simply not work properly without extra components.

4 Keeping up with this topic as new and revised models of VEHICLE are launched is a demanding task, and is certainly one which The Club does not have the resources to do. Do check with your intended manufacturer, retailer or fitter of the system, therefore, before making a final selection. If they are unfamiliar with the characteristics of your particular VEHICLE , it may be best to look elsewhere. For this reason, The Club recommends professional fitting, preferably by a specialist installer. Even if you do the work yourself, some fitting centres will check it over for you, especially if you have bought the towbar or other components from them. Note: Choosing a towbar is discussed in the leaflet Choice of Towbar'. 3. Which System Do You Need? There have been several variations in the WIRING standards used for towcars and caravans over the years.

6 See Section An increasing number of towcars are being fitted with 13-pin sockets as standard. Section also describes this layout for these owners. 3. Pre-October 1979 Caravans Few of these remain in their original specification now. Most caravans of this era were built with only a single black 7-pin plug ( 12N' ie 12 volt, normal'), which was adequate as they tended not to have reversing lights, rear fog lights, internal auxiliary batteries that required charging, nor fridges which could run on 12V. By the end of the 70s, such features were becoming available, and in the case of rear fog lights, became compulsory for new trailers from 1 October 1979. This meant there were no longer sufficient circuits available on one 7-pin plug, and caravans made after this were therefore fitted with twin plugs (see next section).

7 Note that a pre-October 1979 caravan fitted with twin plugs will probably have been modified from its original specification. It is prudent to check that this was done correctly before attaching it to your VEHICLE . For an unmodified caravan, your VEHICLE needs a single 12N socket, wired as follows:- 12N Socket To Suit Pre-October 1979 Caravans 12N SOCKET VIEWED FROM. PLUG SIDE OF SOCKET. TUBES. PINS. TERMINAL COLOUR 12N SOCKET. 1 Yellow L H Indicator 2 Blue Interior Lights etc 3 White Return (Earth). 4 Green R H Indicator 5 Brown R H Tail Light 6 Red Stop Lights 7 Black L H Tail Light & Number Plate Notes The power supply to the caravan via pin 2 is usually wired as permanently live, whether the VEHICLE engine is running or not. This enables 12V lights and water pump to be powered from the towcar while on site, without requiring an auxiliary battery in the caravan.

8 This means this system is inappropriate for running a 12V fridge or charging a caravan battery, for the reasons given in Sections and below. Also, for modern cars with integrated alarm systems, it is likely that use of this power supply in this way would trigger the alarm system unless the car was left unlocked. Except for the pin 2 connection, which was merely common practice, sockets wired according to this description would comply with the now-superseded British Standard BS AU 149a. Note that currently-available WIRING kits will need to be modified to give this configuration, as far as the pin 2 connection is concerned. 4. October 1979 to 31 August 1998 Caravans Many caravans still fall into this category. They are fitted with two 7-pin plugs (12N and 12S, supplementary').

9 The 12S plug is coloured grey or white to distinguish it from the 12N one, and the associated socket has a cover flap in grey or white. The arrangement of pins and tubes is also different to prevent accidental connection of the wrong plug to the wrong socket. The 12N system now contains all of the legally-required TRAILER road light circuits. The 12S system includes reversing lights (not currently a legal requirement on trailers), plus the various auxiliary power connections required by most modern caravans. Strictly speaking, you only need to have the 12N system functioning to tow a caravan legally. However, most owners use at least some of the 12S circuits, so the required towcar WIRING is as follows:- 12N & 12S Sockets To Suit October 1979 to 31 August 1998 Caravans 12N & 12S SOCKETS VIEWED FROM. 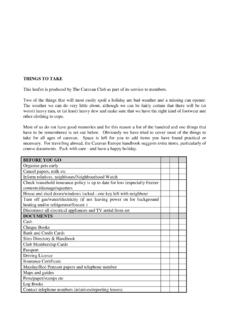 things to take - The Caravan Club

THINGS TO TAKE This leaflet is produced by The Caravan Club as part of its service to members. Two of the things that will most easily spoil a holiday are bad weather and a missing can opener. 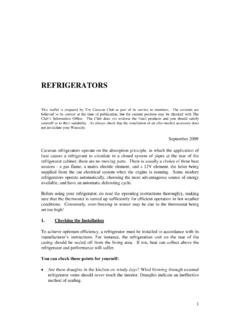 2 If your refrigerator is located below a draining board or worktop, when it is operating put your hand on the surface. Is it warm? 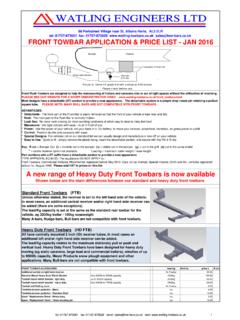 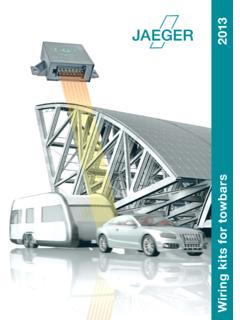 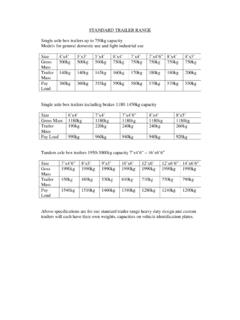 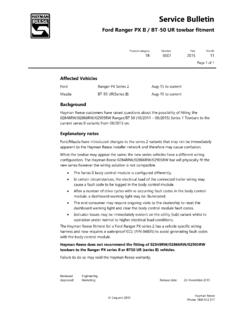 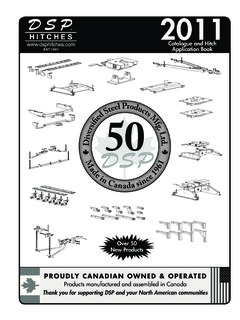 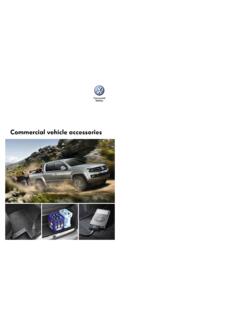 Volkswagen Genuine Accessories ® offer a practical, stylish and dynamic way to improve your commercial vehicle. They’re developed and tested alongside every model in … 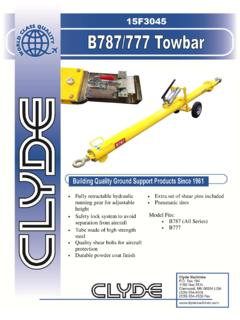