3 Here she was on a home visit with 82-year-old Ana Luisa Candelario, who cares for her 92-year-old husband. Ana Luisa takes little care of herself, often not eating, and Pastor Ana consoled her and explained the importance of caregivers taking care of themselves. Alzheimer 's Disease International The Global Economic impact of Dementia 1. Foreword In the World Alzheimer Report 2010, we build upon the findings detailed in the World Alzheimer Report 2009, to explore the cost of dementia to our societies. The Report contains an explanation of the methods used, detailed results for different economic and geographic regions, and we offer conclusions and recommendations in the final section.

4 As you will see, the figures are cause for great concern and we hope that this Report will act as a call to action for governments and policy makers across the World . It is vital that they recognize that the cost of dementia will continue to increase at an alarming rate and we must work to improve care and support services, treatment and research into dementia in all regions of the World . Lower income countries face a severe lack of recognition of dementia, placing a heavy burden on families and carers who often have no understanding of what is happening to their loved one. High income countries are struggling to cope with the demand for services, leaving many people with dementia and caregivers with little or no support.

5 Consequently, we urge key decision makers to take notice of this very important document and to work with Alzheimer associations and with ADI to make dementia a national and global health priority. We would like to thank a number of people for their hard work on the development of this Report . We are grateful to the Report 's authors, Prof Anders Wimo and Prof Martin Prince, for their tireless efforts and dedication, and Niles Frantz and MaryKate Wilson from the Alzheimer 's Association in the USA for their valuable input. Thank you also to the sponsors who made the Report possible and to those who took the time to review the contents: the Organisation for Economic Co- operation and Development (OECD) in Paris, the Alzheimer 's Association in the USA and Glenn Rees at Alzheimer 's Australia.

6 Finally, we would like to thank Cathy Greenblat for her photographs. Daisy Acosta Marc Wortmann Chairman executive Director Alzheimer 's Disease International Alzheimer 's Disease International As Mandakini became more confused, it was clear that she could no longer live alone. Two of her sons indicated that they could not take care of her because they had young children. Her son Satish and his wife Neha, who also had young children, brought her to their home, where they take care of her with the assistance of a professional caregiver. Eight-year old Srushti has found ways to relate to her grandmother, and her two-year-old sister shows no fear. Though Mandakini speaks very little, Srushti has found that her grandmother enjoys the religious chants that have been important to her throughout her life.

7 Now Srushti leads and they chant together. Alzheimer 's Disease International 2 World Alzheimer Report 2010. executive summary The total estimated worldwide costs of dementia are US$604 billion in 2010. About 70% of the costs occur in Western Europe and North America. Costs were attributed to informal care (unpaid care provided by family and others), direct costs of social care (provided by community care professionals, and in residential home settings) and the direct costs of medical care (the costs of treating dementia and other conditions in primary and secondary care). Costs of informal care and the direct costs of social care generally contribute similar proportions of total costs, while the direct medical costs are much lower.

8 However, in low and middle income countries informal care accounts for the majority of total costs and direct social care costs are negligible. Background Dementia is a syndrome that can be caused by a number of progressive disorders that affect memory, thinking, behaviour and the ability to perform everyday activities. Alzheimer 's Disease is the most common type of dementia. Other types include vascular dementia, dementia with Lewy bodies and frontotemporal dementia. Dementia mainly affects older people, although there is a growing awareness of cases that start before the age of 65. After age 65, the likelihood of developing dementia roughly doubles every five years.

9 In last year's World Alzheimer Report , Alzheimer 's Disease International estimated that there are million people living with dementia worldwide in 2010, increasing to million by 2030. and million by 2050. Nearly two-thirds live in low and middle income countries, where the sharpest increases in numbers are set to occur (figure 1). People with dementia, their families and friends are affected on personal, emotional, financial and social levels. Lack of awareness is a global problem. A proper understanding of the societal costs of dementia, and how these impact upon families, health and social care services and governments may help to address this problem. Figure 1 The growth in numbers of people with Figure 2 Cost of dementia compared to company dementia in high income countries and low and revenue middle income countries Numbers of people with dementia (millions) US$ billions 120 600.

10 100 500. 80 400. 60 300. low and middle income countries 40 200. 20 100. high income countries 0 0. 2010 2020 2030 2040 2050 Dementia Wal-Mart Exxon Mobil Year Alzheimer 's Disease International The Global Economic impact of Dementia 3. The societal cost of dementia is already enormous. Dementia is already significantly affecting every health and social care system in the World . The economic impact on families is insufficiently appreciated. In this World Alzheimer Report 2010, we merge the best available data and the most recent insights regarding the worldwide economic cost of dementia. We highlight these economic impacts by providing more detailed estimates than before, making use of recently available data that considerably strengthens the evidence base. World Alzheimer Report 2016 Improving healthcare for people living with dementia coverage, QualIty and costs now and In the future 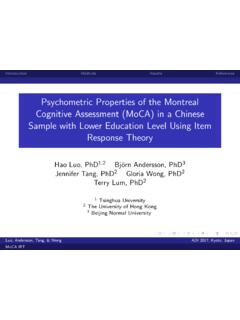 Evaluating The Psychometric Properties Of The … 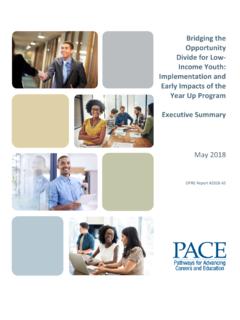 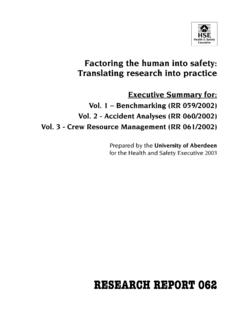 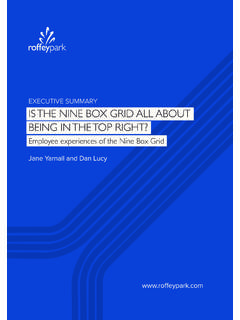 EXECUTIVE SUMMARY IS THE NINE BOX GRID ALL …