2 48. Types of Interaction between supreme auditors and parliament ..52. The role of Parliamentary committees in national Follow-up mechanisms ..55. Conclusion ..56. Opening up the Parliamentary process ..60. The pros and cons of open committees ..60. Public hearings on the budget ..63. Conclusion ..65. Strengthening Parliamentary involvement ..68. Glossary ..70. Introduction and overview Budgets affect all of us. Businesses analyze budget policy in order to make investment decisions that impact on growth and employment. As citizens, we depend on the state to provide crucial services and infrastructure. Whether new roads will be built, whether our children will have schools to go to or whether clinics can adequately cater for the health care needs of the population depends, to a large extent, on the way government raises revenues and allocates money to meet various competing and sometimes conflicting needs.

3 The budget is the most important economic policy tool of a government and provides a comprehensive statement of the priorities of a nation. As the representative institutions of the people, national legislatures are the appropriate place to ensure that the budget optimally matches a nation's needs with available resources. effective legislative participation in the budget process establishes checks and balances that are crucial for transparent and accountable government and ensuring efficient delivery of public services. Governments are large and complex institutions, and this is reflected in their budgets. Measured in terms of revenues and numbers of employees, some national governments are among the biggest organizations in the World . This makes budgeting in the public sector inherently complex. Budget documents can comprise thousands of pages, the format of the budget is not always easily understandable, and thorough analysis can take a lot of time.

4 Budget scrutiny can be a daunting challenge facing legislators when they are asked to consider the annual revenue and expenditure proposals of the government. From a long-term perspective, the influence of national legislatures on budget policy has declined in many industrialized countries. It now appears, however, that many legislatures are rethinking their role in the budget process and reasserting themselves as more active players. The purpose of this Training module is to make a contribution towards supporting parliamentarians and Parliamentary Staff to effectively participate in the budget process. The module contains the following units: The evolution of parliament's power of the purse: Parliaments have struggled for a role in the budget process. This unit gives an overview of the history of Parliamentary involvement in public finance.

5 Much of this module focuses on the development of the House of Commons, which was at the forefront of claiming the power of the purse', but other countries are also considered. Introducing the budget: The second unit is a basic introduction to the budget and some related concepts that frequently feature in discussions on budgeting. It looks at the definition of the budget and its components, including revenues, expenditures and the deficit, as well as some of the key objectives of budgeting. The budget process: The budget cycle in government typically involves a number of different actors and follows a sequence of essential steps. This unit introduces some of the main participants of the budget process and presents a simplified and generalized outline of planning, approving, implementing and auditing expenditures. Parliamentary approval of the budget: One or perhaps the main task of parliaments in budgeting is to review the draft budget tabled by the executive for the upcoming fiscal period.

6 This unit provides an overview of some of the key issues that make for effective scrutiny of the executive draft budget including parliament's constitutional powers, its committees, the timing of the budget process, and access to relevant information. Parliament and the audit of public accounts: Many parliaments not only approve the budget, but also assess the integrity of budget execution through involvement in the audit process. This unit looks at different approaches to Parliamentary audit. It covers the types of supreme audit institutions and the types of audits they conduct, the interaction of auditors with parliament, the role of Parliamentary committees, and, finally, the use of follow-up mechanisms to ensure that governments implement recommendations for improvements that are generated through the audit process. Opening up the Parliamentary process: Many parliaments are considering whether to open up the Parliamentary budget process to the media and the public, or whether they could more directly benefit from outside expertise for the scrutiny of government finance.

7 This unit looks at the pros and cons of opening up committees to the public and how a committee can organize public hearings on the budget. Strengthening Parliamentary involvement: To conclude this module the final unit offers a short diagnostic framework that can be used to assess the effectiveness of legislative financial scrutiny in particular countries. Throughout the text, core concepts are highlighted and explained. Short definitions of all highlighted concepts are included in a separate appendix that contains a glossary of terminology related to the budget. Each unit concludes with suggested questions for discussion as well as a list of relevant internet resources and a select bibliography. Unit 1: The evolution of parliament's power of the purse Learning Objectives What is Parliaments role in budgeting? After studying this unit, you should be able to: Explain why parliaments came to have a role in budgeting Understand the importance of legislative oversight Describe some of the methods and institutions parliaments devised in order to exercise control over public finances Discuss constraints on parliaments in scrutinizing public finances Introduction The finance of the country is ultimately associated with the liberties of the country If the House of Commons by any possibility lose the power of the control of the grants of public money, depend upon it, your very liberty will be worth very little in comparison.

8 That powerful leverage has been what is commonly known as the power of the purse the control of the House of Commons over public expenditure. William Ewart Gladstone, 1891. How did parliaments come to exercise the budgetary roles they have today? Why do they participate in the budget process in the first place? To answer these questions, and as a background to the subsequent units, this unit provides a brief overview of some key stages in the evolution of the role of parliament in budgeting. The following sections look at the struggle to ensure Parliamentary consent to taxation, how the rise of modern budgeting helped parliament to control expenditures, and more recent developments relating to the role of legislatures in budgeting. The struggle for Parliamentary control of taxation The struggle to ensure consent to taxation was a central battlefield in the evolution of parliament in medieval England.

9 To guard against despotic royal rule, parliament sought to limit the kings' powers to impose taxes so as to curtail their ability to maintain a standing army beyond times of war and immediate external threat (Harriss 1975). The principle of Parliamentary consent to taxation gained constitutional recognition when it was enshrined in the Magna Carta a list of concessions to the barons that King John signed at Runnymede in 1215. But this agreement did not resolve the conflict over the power to impose taxes, which continued to simmer throughout the following centuries. Bitter contests between kings and parliaments in the seventeenth century precipitated procedural innovations that advanced Parliamentary control of state finance. In particular parliament's increasing use of a committee of the whole House brought several advantages, due to the fact that the procedures of committees applied for such deliberations, rather than the standard rules.

10 This allowed the Commons to appoint their own chairperson, which reduced the influence of the Speaker, who at the time was generally regarded as aligned with the monarch. The committee procedure also allowed each member to speak more than once and thus facilitated much freer debate. It became easier for the Commons to delay passing the bill to grant subsidies to the crown until the end of a session, a tactic that afforded time to extract concessions from the monarch. But clever procedural devices were not enough to establish Parliamentary supremacy over taxation. A crucial shortcoming of Parliamentary control was that it did not extend to royal borrowing on the monarch's personal credit. After Charles II claimed the throne in 1660. parliament started to demand estimations of cost before voting money to be granted to the king, who claimed to get short shrift. 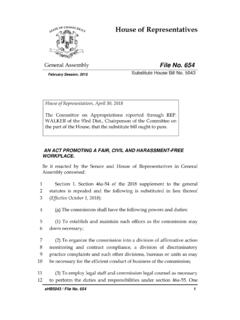 sHB5043 File No. 654 sHB5043 / File No. 654 6 The following Fiscal Impact Statement and Bill Analysis are prepared for the benefit of the members 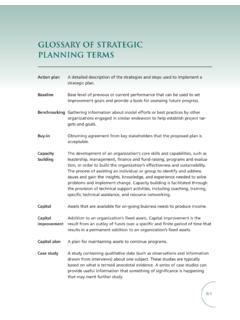 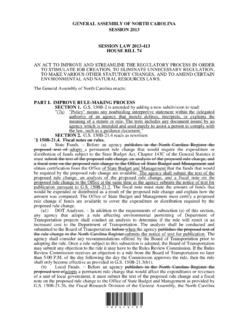 vii Foreword In economic and fiscal terms, South Africa has reached a crossroads. The good news is that the domestic economic slowdown appears to have bottomed out.

SAMPLE FRAMEWORK FOR A FRAUD CONTROL …

SAMPLE FRAMEWORK FOR A FRAUD CONTROL POLICY NOTE: This appendix is a sample from another entity. As such, no adjustment has been made to this material. 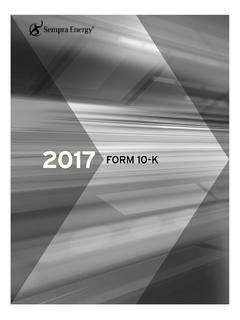 2 Indicate by check mark if the registrant is a well-known seasoned issuer, as defined in Rule 405 of the Securities Act. Sempra Energy Yes X No

Mr M Gigaba, Minister of Finance. I have the honour of submitting the Debt Management Report of the National Treasury for the period 1 April 2016 to 31 March 2017.