Review of General Psychology 1997, Vol. 1, No. 3, 311-320 Writing Narrative Literature Reviews Roy F. Baumeister Mark R. Leary Case Western Reserve University Wake Forest University Copyright 1997 by the Educational Publishing Foundation 1089-2680 Narrative Literature Reviews serve a vital scientific function, but few resources help people learn to write them. As compared with empirical reports, Literature Reviews can tackle broader and more abstract questions, can engage in more post hoc theorizing without the danger of capitalizing on chance, can make a stronger case for a null-hypothesis conclusion, and can appreciate and use methodological diversity better. Also, Literature Reviews can draw any of 4 conclusions: The hypothesis is correct, it has not been conclusively established but is the currently best guess, it is false, or the evidence permits no conclusion.

tips about writing. Yet, important differences exist between writing empirical reports and writing literature reviews. In this article, we try to offer an overview of the special problems, advantages, opportunities, and pitfalls that pertain to narrative literature reviews, as com-

1 Review of General Psychology 1997, Vol. 1, No. 3, 311-320 Writing Narrative Literature Reviews Roy F. Baumeister Mark R. Leary Case Western Reserve University Wake Forest University Copyright 1997 by the Educational Publishing Foundation 1089-2680 Narrative Literature Reviews serve a vital scientific function, but few resources help people learn to write them. As compared with empirical reports, Literature Reviews can tackle broader and more abstract questions, can engage in more post hoc theorizing without the danger of capitalizing on chance, can make a stronger case for a null-hypothesis conclusion, and can appreciate and use methodological diversity better. Also, Literature Reviews can draw any of 4 conclusions: The hypothesis is correct, it has not been conclusively established but is the currently best guess, it is false, or the evidence permits no conclusion.

2 Common mistakes of authors of Literature review manuscripts are described. Narrative Literature Reviews form a vital part of most empirical articles, theses, and grant proposals, and of course many articles and book chapters are devoted specifically to reviewing the Literature on a particular topic. Literature Reviews serve a scientific field by providing a much-needed bridge between the vast and scattered assortment of articles on a topic and the reader who does not have time or resources to track them down. Reviews also present conclusions of a scope and theoretical level that individual empirical reports cannot normally address. For individual researchers, Writing a major Literature review article is a very infrequent but often a very important career contribution. Yet, despite the importance of Narrative Literature Reviews , no easy and available way to learn to write them is known.

3 Research methods text- books do not usually explain how to do them, even though reviewing Literature is an important research method. Most graduate seminars in research methods likewise devote little or no time to them. Apprenticeship with an accom- plished Literature reviewer seems to be one possible strategy to learn this technique, but such specialists are rare, and moreover it is generally considered more important for stu- Roy E Baumeister, Department of Psychology, Case Western Reserve University ; Mark R. Leary, Department of Psychology, Wake Forest University . Correspondence concerning this article should be ad- dressed to Roy F. Baumeister, Department of Psychology, Case Western Reserve University , 10900 Euclid Avenue, Cleveland, Ohio 44106-7123. Electronic mail may be sent via Internet to dents to apprentice with someone who has expertise in empirical methods.

5 We had each by that point published a number of prior Literature review articles and chapters. What struck us, however, as we began our work together was not how much we knew about the process, but how ignorant we still were. With each new review paper, reviewers and editors raised new and important points that improved the style and impact of our Reviews . In the absence of works that explained how to write a Literature review, we continued to learn on a trial-and-error, individual basis, guided by editors and their consultants. Such repetitive instruction is, of course, highly inefficient for the field, not to mention a large drain on the time and energies of the editorial board of major 311 312 BAUMEISTER AND LEARY Literature review journals, who find themselves giving the same feedback and advice over and over. We hope this article can help future writers benefit from the lessons we have learned.

7 Narrative Literature Reviews also may be useful for testing hypotheses when meta-analysis will not work, such as when the studies are so methodologically diverse as to make meta- analytic aggregation impractical. Goals of Literature Reviews There are several different goals that Literature reviewers may try to accomplish, and it is helpful to have one's goal clearly in mind while Writing the manuscript. Five main goals can be distinguished, and these have implications for the structuring of the article and its place--or lack thereof in the Literature . The most ambitious goal of Literature review papers involves theory development. In such a paper, the author's primary objective is to propose a novel conceptualization or theory regarding some psychological phenomenon. The manuscript Reviews the Literature to provide a context for describing, elaborating, and evaluating the new theory, or indeed the theory may be found in the integration of the material reviewed.

8 A slightly less ambitious but more common type of Literature focuses on theory evaluation. In this type of review, the author does not offer a new theoretical perspective but rather Reviews the Literature relevant to the validity of an existing theory (or often two or more competing theories). In essence, the published Literature provides a database from which the author draws conclusions about the merits of existing conceptualizations. The leading review journals most commonly publish articles that are aimed at theory construction or theory evaluation. Authors aspiring to write such Reviews must therefore recognize that their task is not simply assem- bling and describing past work but rather is one of building or testing theory. In important respects, such an article resembles a report of a laboratory experiment: It describes empirical evidence that evaluates a theoretical hypothesis.

9 Each piece of evidence covered in the manu- script draws its value from how it helps build or evaluate the overarching theory. A third type of Literature review surveys the state of knowledge on a particular topic. Such Reviews may provide useful overviews and integrations of an area, but they are not intended to offer novel ideas, new interpretations, or sweeping conclusions. These Reviews can be valuable as a means of pulling together what is known about a particular phenomenon, such as for a grant proposal, or as a resource to teachers. Because the theoretical contribution is minimal, however, the leading journals are generally reluctant to publish manuscripts of this kind. A fourth category of Literature review has problem identification as its goal. The purpose is to reveal problems, weaknesses, contradictions, or controversies in a particular area of investiga- tion.

10 The author may venture some tentative solutions to the problems he or she identifies but is more concerned with simply informing the field that some difficulty exists. Thus, such articles typically raise more questions than they answer, leaving it to future researchers to straighten out the mess. These would appear in journals probably more as brief articles or critiques than as full-length articles. Still, identifying problems in the empirical Literature can serve a valuable scientific function. A final, less common goal of a review article is to provide a historical account of the development of theory and research on a particular topic. Such papers are typically organized chronologically and, although their goal is primarily to trace the history of an idea, they typically provide an ongoing commentary regarding the impact and shortcomings of various contributions to the field.

Writing the Empirical Journal Article 2 You have conducted a study and analyzed the data. Now it is time to write. To publish. To tell the world what you have learned. The purpose of this article is to enhance the chances that some journal editor will let you do so. If you are new to this enterprise, you may find it 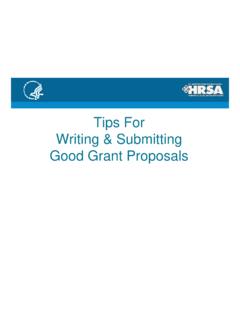 500 Prompts for Narrative and Personal Writing

500 Prompts for Narrative and Personal Writing 129.What did you once hate but now like? 130.Does your life leave you enough time to relax? 131.Do you set rules for yourself about how you use your time? 132.Is ‘doing nothing’ a good use of your time? 133.What’s cluttering up your life? 134.What work went into reaching your most difficult ...

Writing a Good Narrative Summary For whatever grant opportunity you wish to apply, read the Program Guidance and complete the Applicant Tutorial for that grant opportunity. Reading the guidelines will give you a good idea of what information is needed to include in your narrative. As a final step, you should print and 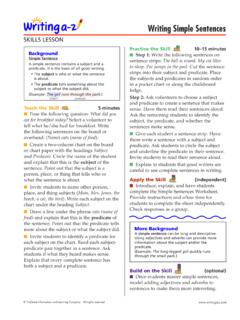 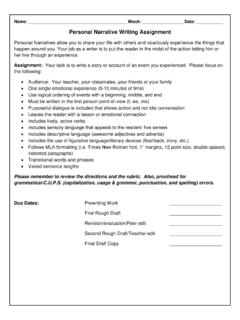 Personal Narrative Prewriting One of the goals of your Personal Narrative is to leave the reader with an emotional connection to the text/story. In order to do this, your writing needs to be descriptive and specific, and then the reader feels as if he/she feels a part of the action. 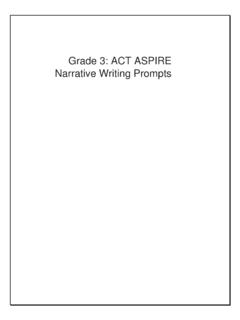 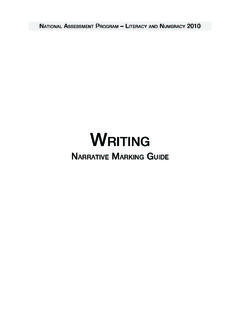