2 For instance, the National Bureau of Statistics in Nigeria revealed the alarming rate of YOUTH UNEMPLOYMENT which is as much as 50%. Considering the fact that, the current population growth rate is put at per annum in Nigeria which accompanies an already national population of over 167 million people. Therefore, the extent to which these challenges possess to the nation is remarkably worrisome in recent times, is the escalating and worrisome rate of YOUTH UNEMPLOYMENT which has assumed an alarming crescendo. It is against this backdrop, the paper sees to its justification the need to see to its imperativeness with a view of given cogent attention for their needs.

3 Hence, this paper examines the intimate connection between UNEMPLOYMENT and POVERTY , and how these two phenomena affect the YOUTH in Nigeria . In order to fulfill the objectives of this paper, relevant literature were consulted and established database explored for holistic and comparative study, to illustrate the mitigation and enabling factors for the realization of the objectives of YOUTH employment and POVERTY alleviation if not total eradication in the society Nigeria. With the aid of content analyses of the materials explored: this paper contend that fundamentally, there is a close nexus between POVERTY and UNEMPLOYMENT with direct bearings on the critical segment of the society, particularly the YOUTH .

4 Also, inspite of the myriad policies and programmes initiated by successive Nigerian government such as National Economic Empowerment and Development Strategy (NEEDS), Subsidy Re-Investment and Empowerment Programme (SURE-P), National Directorate of Employment (NDE), National YOUTH Service Corps (NYSC) Schemes in Nigeria, as lofty and laudable as they seem, their inability to affect the real target ( YOUTH ), reflects the lacuna between policy formulation and implementation. The thrust of this paper therefore is its strong proposition to government at all levels to demonstrate a commitment towards responsive governance, with focus on jobs creation and eradication of POVERTY .

5 In addition, appropriate authorities should endeavor to sensitize the citizens on the need to embrace birth control measures for the purpose of engendering sustainable development. KEYWORDS: YOUTH , UNEMPLOYMENT , POVERTY , Population and Development INTRODUCTION. UNEMPLOYMENT and POVERTY are both reflective and precipitants of plethora of contemporary societal challenges such as leadership, security, governance, etc that are inimical to human social-existence (for engendering adequate human capacity building and material utilisation). globally. Therefore, a great vision of Nigerian government is premised on becoming one of the 23.

6 ISSN 2059-1209, ISSN 2059-1217. International Journal of Sociology and Anthropology Research , , , May 2015. ___Published by European Centre for Research Training and Development UK ( ). 20 most industrialised economies in the world by the year 2020. Attainment of this aspiration hinges on the extent to which the country is able to create and nurture, a competitive and adaptive human resource base, responsive to the rapidly industrializing and globalizing economy. The paper is mindful of the fact that vision 20:2020 designed by the Nigerian government is five years away. Equally and poignantly is to remind ourselves that the Millennium Development Goals (MDGs), (we are already in its target: year 2015).

7 Hence its assessment. In spite of all lofty ideas inherent in these programmes, what is crystal clear is that POVERTY is still enormously ravaging the land. What becomes more worrisome is considering the teaming population of unemployed graduate youths in the country. UNEMPLOYMENT or joblessness as defined by the International Labour Organisation (1982). occurs when people are without jobs and they have sought work within the past five weeks. The UNEMPLOYMENT rate is a measure of the prevalence of UNEMPLOYMENT and it is calculated as a percentage by dividing the number of unemployed individuals by all individuals currently in the labour force.

8 UNEMPLOYMENT in Nigeria is defined as the proportion of labour force that was available for work but did not work in the week preceding the survey period for at least 39. hours. Official figures from Bureau of Statistics puts the figure of unemployed at percent, about 30 million, but this figure still did not include about 40 million other Nigerian youths captured in World Bank Statistics in 2010. By implication, it means that if Nigeria's population is 160 million plus, then 50 percent or more of Nigerians are unemployed, Njoku and Okezie (2011) asserted. On the other hand, POVERTY which has become contentious, has evolved historically, overtime, and varies among nations in magnitude and in scope.

9 There are as many definitions of the concept as there are scholars, analysts, people and institutions writing on the issue. The eradication of POVERTY has been declared by the United Nations World Summit of Social Development in 1995 as unfinished business of the 21st century, Oladeji (2011) asserted. As a background for proper appreciation of the intricate relationship between POVERTY , UNEMPLOYMENT and YOUTH , some conceptual clarification is needful of the definitions and measurement of POVERTY . An available statistical fact on POVERTY in Nigeria as cited in Oladeji, (2011) indicates the following, inter-alia: i 35% of population lives in extreme POVERTY ii 34% are poor in relative terms iiialmost 52% live on less than a dollar a day iv POVERTY incidence is highest in North East Zone (63%), followed by North West ( ), North Central ( ), South-South ( ), South West (42%) and South East ( ).

10 V. about 63% of people living in the rural areas are poor, compared with 42% in urban areas (National Planning Commission (2007): Nigeria Millennium Development Goals 2006 Report). The foregoing statistical information are not mere imagination or impressions, rather they have been generated by some scientific procedure using some measures of POVERTY . The multidimensionality of POVERTY has been stressed and succinctly expressed in the Copenhagen Declaration on Social Development in the following manner: POVERTY has a various manifestations, including (as cited in Oladeji, 2011). i. lack of income and productive resources sufficient to ensure sustainable livelihoods. 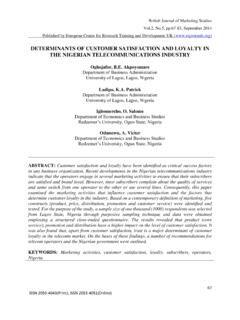 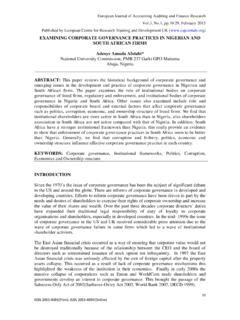 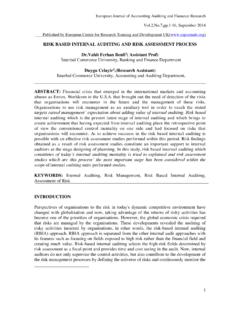 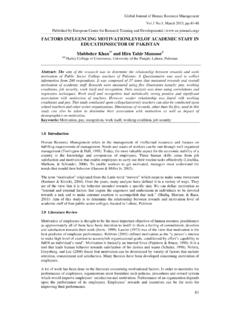 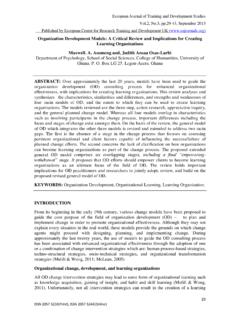 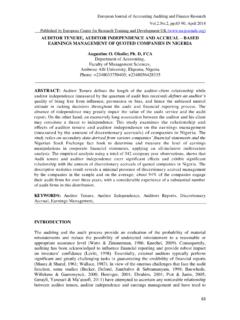 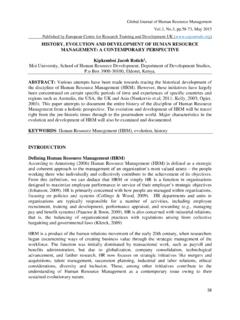 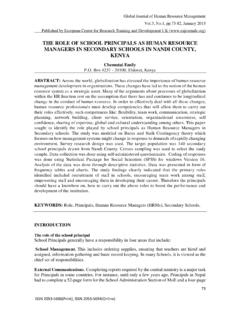 THE ROLE OF SCHOOL PRINCIPALS AS HUMAN …

A robust economy Despite these challenges, and while many other emerging markets are suffering from the consequences of global monetary tightening, the Nigerian economy has

Nigeria, Focus, A focus on nigeria

iii Executive Summary (i) The Nigerian Government has long considered the provision of water supply and sanitation services to be the domain of the federal, state and local governments. 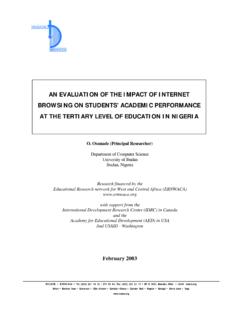 AN EVALUATION OF THE IMPACT OF INTERNET …

an evaluation of the impact of internet browsing on students’ academic performance at the tertiary level of education in nigeria o. osunade (principal researcher)

SMALL AND MEDIUM ENTERPRISES (SMEs) IN … 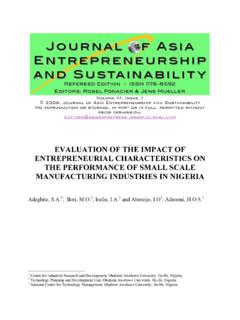