3 The antihypertensive action is due to a direct relaxant effect on vascular smooth muscle which lowers total peripheral resistance and hence blood pressure. lercanidipine has a prolonged antihypertensive activity because of its high membrane partition coefficient. It is devoid of negative inotropic effects and its vascular selectivity is due to its voltage-dependent calcium antagonist activity. Since the vasodilatation induced by lercanidipine hydrochloride is gradual in onset, acute hypotension with reflex tachycardia has rarely been observed in hypertensive patients.

4 As for other asymmetric 1,4-dihydropyridines, the antihypertensive activity of lercanidipine is mainly due to the (S) enantiomer. Zircol PRODUCT INFORMATION 2. No significant effects on ECG have been seen. Pharmacokinetics Absorption lercanidipine is completely absorbed after oral administration. Peak plasma levels of ng/mL and ng/mL occur hours after dosing with 10 mg and 20 mg, respectively. The absolute bioavailability of lercanidipine is about 10%, because of high first pass metabolism. The bioavailability increases 4-fold when lercanidipine is ingested up to 2 hours after a high fat meal, and about 2-fold when taken immediately after a carbohydrate-rich meal.

7 The peak plasma concentration and AUC are, on average, higher for the (S) enantiomer. No in vivo interconversion of enantiomers is observed. Distribution Distribution of lercanidipine from plasma to tissues and organs is rapid and extensive. Serum protein binding exceeds 98%. The free fraction of lercanidipine may be increased in patients with renal or hepatic impairment as plasma protein levels are decreased in these disease states. Metabolism As for other dihydropyridine derivatives, lercanidipine is extensively metabolised by CYP3A4. It is predominantly converted to inactive metabolites; no parent drug is found in the urine or faeces.

8 About 50% of the dose is excreted in the urine. Excretion The mean terminal elimination half-life of S- and R- lercanidipine enantiomers is and hours, respectively. No accumulation was seen upon repeated administration. The therapeutic activity of lercanidipine lasts for 24 hours, due to its high binding to lipid membranes. Elderly patients In elderly patients, the pharmacokinetics of lercanidipine are similar to those observed in the general population. Hepatic Impairment A study in patients with mild hepatic impairment (Child-Pugh class A) showed that the pharmacokinetic behaviour of the drug is similar to that observed in the general population.

9 No studies have been undertaken in patients with moderate or severe hepatic impairment. Zircol PRODUCT INFORMATION 3. Renal impairment In patients with severe renal dysfunction (creatinine clearance <12 mL/min) or dialysis-dependent patients, plasma levels were increased by about 70%. As a consequence, the drug should be contraindicated in severe renal impairment. CLINICAL TRIALS. Placebo-controlled studies lercanidipine has been compared to placebo in four (4) to 16-week studies, involving 671 patients with mild- moderate essential hypertension. All studies used a 3-week placebo run-in period. 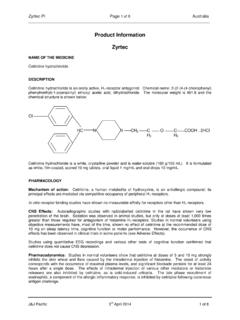 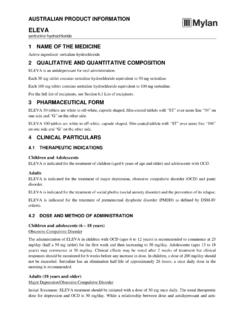 ELEVA – PRODUCT INFORMATION 3 During prolonged maintenance therapy for any indication, dosage should be kept at the lowest effective level. 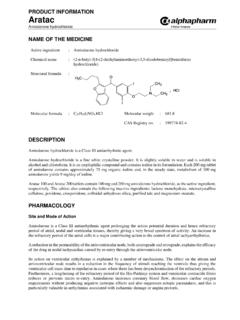 Axit – Product Information 3 Geriatric. The recommended dosage regimen is the same as for adults. Increases should be monitored carefully (see DOSAGE AND ADMINISTRATION). 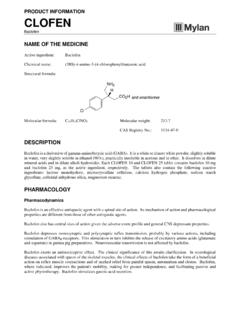 HUMIRA 40MG/0.8ML PEN 16 APRIL 2018 VERSION 24 2 pan-uveitis, an inflammatory disease of the uveal tract of the eye. Humira is used in adults who have not 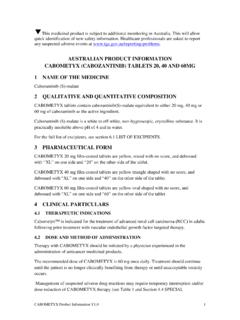 CABOMETYX Product Information V1.0 4 Safety and efficacy of cabozantinib has not been evaluated in patients with NMYHA Class 3 or 4 Heart Failure and patients with endobronchial manifestations of RCC. 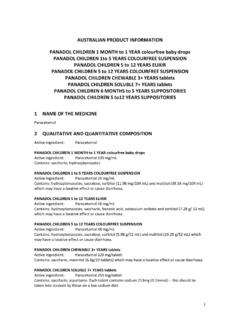