Anaesthesia tutorial of the week 112: Prone positioning Dr D G Hovord Specialist Trainee Registrar - Anaesthetics University Hospitals of Coventry and Warwick Self-assessment Before reading this tutorial, please answer the following questions as a framework for considering the Prone position. 1. What are the common types of operation that require Prone positioning ? 2. What physiological systems are most affected? 3. What specific problems can be encountered with the airway, and how should these be managed? 4. What co-morbidities increase the difficulty and therefore risk of Prone positioning ?

1 Anaesthesia tutorial of the week 112: Prone positioning Dr D G Hovord Specialist Trainee Registrar - Anaesthetics University Hospitals of Coventry and Warwick Self-assessment Before reading this tutorial, please answer the following questions as a framework for considering the Prone position. 1. What are the common types of operation that require Prone positioning ? 2. What physiological systems are most affected? 3. What specific problems can be encountered with the airway, and how should these be managed? 4. What co-morbidities increase the difficulty and therefore risk of Prone positioning ?

2 5. What variations of the Prone position are used commonly in clinical practice? Key Points Secure the airway Have enough staff to safely turn the patient Protect the eyes Ensure the abdomen is not compressed Introduction Prone positioning of a patient under anaesthetic is a safe way of ensuring optimum surgical access for a number of procedures, providing that the risks are fully understood. Common procedures requiring Prone positioning are back surgery, pilonoidal sinus surgery and some types of ankle surgery Achilles tendon repair. An understanding of the changes in physiology and the particular risks associated with the Prone position is vital.

3 Physiological changes on turning 1. Cardiovascular system The most important feature of turning a patient Prone under Anaesthesia is a drop in cardiac output. Cardiac index in one study dropped by an average of 24%. This was mainly as a result of decreasing stroke volume with little change in heart rate. Of the three factors involved in cardiac output (preload, afterload and contractility), it seems likely that decreased preload was most to blame compression of the inferior vena cava (IVC) reducing venous return to the heart. When the IVC is itself obstructed, blood uses a collateral return route the vertebral wall venous plexuses.

4 As Prone positioning is often used for spinal surgery, this can cause increased bleeding in the surgical field. It is important to decrease the pressure on the abdomen directly this can be achieved with specially designed operating tables, or by placing wedges under the chest and pelvis care must be taken not to stress the back too much. 2. Respiratory system Prone positioning has a broadly positive effect on the respiratory system providing that abdominal compression is avoided as described above. Functional residual capacity and arterial oxygen tension both increase. This is partly the reason why Prone positioning has been used in intensive care settings for patients with poor lung function often secondary to acute lung injury.

5 The exact reason for this improved function is unclear, although it is most likely that changes in ventilation and perfusion result in better V/Q matching, and thus improved arterial oxygen tension. Potential sources of injury There are a number of body structures that can be injured these are generally as a result of direct pressure to structures on which body weight would not normally rest. Pressure injuries Since pressure equals force divided by area, care must be taken to ensure that small or vulnerable areas such as the eyes or nose do not bear a disproportionate load. Pressure can cause damage by direct pressure, or by occlusion to an arterial supply or venous drainage.

6 Areas at risk depend on exactly which Prone positioning technique is being used this tutorial will focus on two commonly used. Firstly a simple Prone position with a Montreal mattress (a standard soft operating table with a hole cut out to avoid pressure on the abdomen) and the tuck position, where the hips and knees are flexed to allow better access to cervical/thoracic spine. Direct pressure musculoskeletal damage Dependent areas must be carefully noted and protected these include the forehead, nose, chest, arms, breasts and genitalia, pelvis (superior iliac spines), knees and feet.

7 During long procedures pressure sores can develop. The knees and pelvis are at higher risk in the tuck position than on a Montreal mattress. During pre-assessment, the normal range of movement (ROM) at the various joints must be elucidated, and care taken particularly with joint replacements not to exceed the maximum ROM, as this could result in dislocation and other soft tissue injuries. Direct pressure nerve damage The distribution of nerve injury is different to that associated with the supine position. Briefly the nerves exiting at the superior orbital fissure are at risk, as are the brachial plexus, ulnar nerve and lateral cutaneous nerve of the thigh.

8 Ocular damage Ocular damage is caused by two mechanisms. First is direct pressure to the eye - incorrect positioning leading to the weight of the head being supported by the globe will intuitively result in damage secondary to ischaemia. The second is a result of poor perfusion. In the same way that cerebral perfusion pressure equals mean arterial pressure (MAP) minus the intracranial pressure (ICP), ocular perfusion pressure can be defined as MAP minus the intraocular pressure (IOP) Occlusion to the venous drainage, or any generalised rise in venous pressure will raise the IOP, as will use of a head-down position.

9 MAP may be reduced either by deliberate hypotension or abdominal compression. If ocular perfusion pressure is too low to adequately perfuse the eyes then ischaemic damage will result Indirect pressure injury These are broadly due to pressure on the head and neck, chest, abdomen and vessels supplying lower and upper limbs. Swelling of the tongue and mouth has been reported, causing potential airway obstruction and delayed extubation. The mechanism is assumed to be obstruction of venous drainage from the head and neck secondary to excessive flexion of the neck. The subsequent increase in hydrostatic pressure causes the equivalent of dependent oedema.

10 The chest wall is normally able to withstand the pressure put on it under Anaesthesia . However, it can be weakened by a congenital abnormality (scoliosis or pectus excavatum), or by previous chest surgery. Cardiac output can be severely compromised by right ventricular compression against the sternum. If the sternum itself is abnormal, this is more likely to occur. Compression of the abdomen can be reduced if a Montreal mattress is used and the patient correctly positioned on it. However, both pancreatitis and hepatic ischaemia and infarction have occurred, presumably as a result of impaired blood flow to the visceral organs. 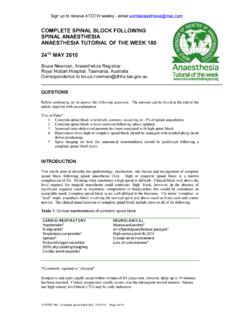 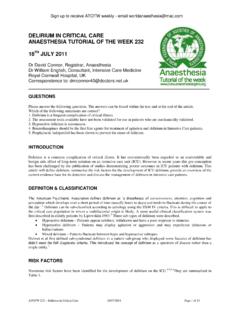 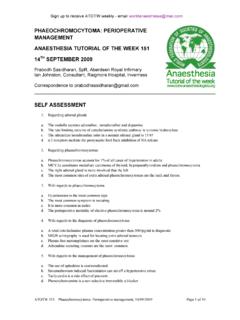 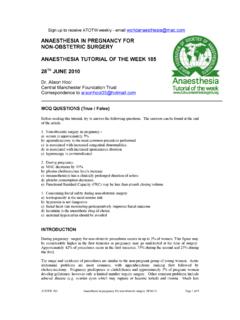 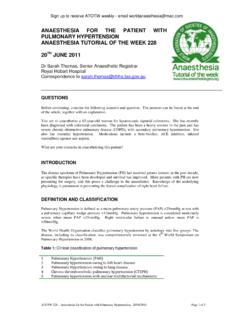 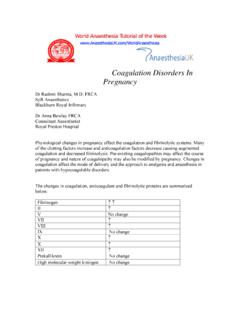 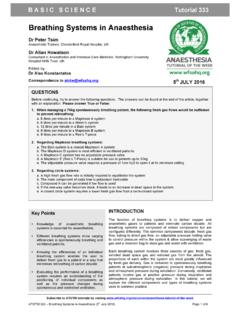 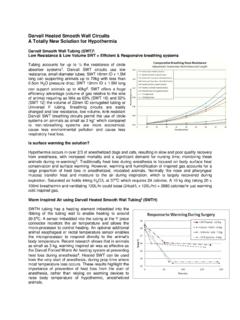 MAINTENANCE OF ANAESTHESIA Anaesthesia can be maintained with a volatile agent and a mixture of oxygen and air. The aim is to maintain CPP until the raised ICP is … 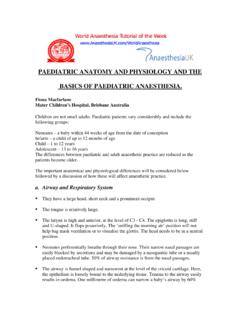 PAEDIATRIC ANATOMY AND PHYSIOLOGY AND THE ... - … 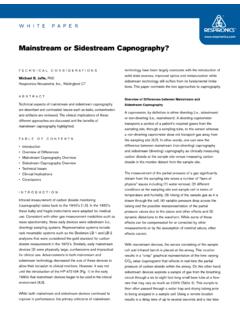 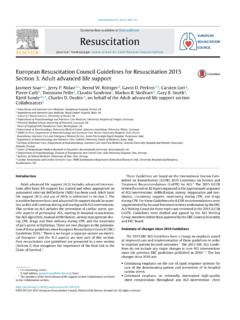