12. HEALTH RISKS FROM DRINKING . demineralised water . Frantisek Kozisek National Institute of Public HEALTH Czech Republic _____. I. INTRODUCTION. The composition of water varies widely with local geological conditions. Neither groundwater nor surface water has ever been chemically pure H2O, since water contains small amounts of gases, minerals and organic matter of natural origin. The total concentrations of substances dissolved in fresh water considered to be of good quality can be hundreds of mg/L. Thanks to epidemiology and advances in microbiology and chemistry since the 19th century, numerous waterborne disease causative agents have been identified. The knowledge that water may contain some constituents that are undesirable is the point of departure for establishing guidelines and regulations for DRINKING water quality.

1 12. HEALTH RISKS FROM DRINKING . demineralised water . Frantisek Kozisek National Institute of Public HEALTH Czech Republic _____. I. INTRODUCTION. The composition of water varies widely with local geological conditions. Neither groundwater nor surface water has ever been chemically pure H2O, since water contains small amounts of gases, minerals and organic matter of natural origin. The total concentrations of substances dissolved in fresh water considered to be of good quality can be hundreds of mg/L. Thanks to epidemiology and advances in microbiology and chemistry since the 19th century, numerous waterborne disease causative agents have been identified. The knowledge that water may contain some constituents that are undesirable is the point of departure for establishing guidelines and regulations for DRINKING water quality.

2 Maximum acceptable concentrations of inorganic and organic substances and microorganisms have been established internationally and in many countries to assure the safety of DRINKING water . The potential effects of totally unmineralised water had not generally been considered, since this water is not found in nature except possibly for rainwater and naturally formed ice. Although rainwater and ice are not used as community DRINKING water sources in industrialized countries where DRINKING water regulations were developed, they are used by individuals in some locations. In addition, many natural waters are low in many minerals or soft (low in divalent ions), and hard waters are often artificially softened.

3 Awareness of the importance of minerals and other beneficial constituents in DRINKING water has existed for thousands years, being mentioned in the Vedas of ancient India. In the book Rig Veda, the properties of good DRINKING water were described as follows: Sheetham (cold to touch), Sushihi (clean), Sivam (should have nutritive value, requisite minerals and trace elements), Istham (transparent), Vimalam lahu Shadgunam (its acid base balance should be within normal limits) (1). That water may contain desirable substances has received less attention in guidelines and regulations, but an increased awareness of the biological value of water has occurred in the past several decades.

4 Artificially-produced demineralised waters, first distilled water and later also deionized or reverse osmosis-treated water , had been used mainly for industrial, technical and laboratory purposes. These technologies became more extensively applied in DRINKING water treatment in the 1960's as limited DRINKING water sources in some coastal and inland arid areas could not meet the increasing water demands resulting from increasing populations, higher living standards, development of industry, and mass tourism. Demineralisation of water was needed where the primary or the only abundant water source available was highly mineralized brackish water or sea water . DRINKING water supply was also of concern to ocean-going ships, and spaceships as well.

5 Initially, these water treatment methods were not used elsewhere since they were technically exacting and costly. 148. In this chapter, demineralised water is defined as water almost or completely free of dissolved minerals as a result of distillation, deionization, membrane filtration (reverse osmosis or nanofiltration), electrodialysis or other technology. The total dissolved solids (TDS) in such water can vary but TDS could be as low as 1 mg/L. The electrical conductivity is generally less than 2. mS/m and may even be lower (< mS/m). Although the technology had its beginnings in the 1960's, demineralization was not widely used at that time. However, some countries focused on public HEALTH research in this field, mainly the former USSR where desalination was introduced to produce DRINKING water in some Central Asian cities.

6 It was clear from the very beginning that desalinated or demineralised water without further enrichment with some minerals might not be fully appropriate for consumption. There were three reasons for this: demineralised water is highly aggressive and if untreated, its distribution through pipes and storage tanks would not be possible. The aggressive water attacks the water distribution piping and leaches metals and other materials from the pipes and associated plumbing materials. Distilled water has poor taste characteristics. Preliminary evidence was available that some substances present in water could have beneficial effects on human HEALTH as well as adverse effects.

7 For example, experience with artificially fluoridated water showed a decrease in the incidence of tooth caries, and some epidemiological studies in the 1960's reported lower morbidity and mortality from some cardiovascular diseases in areas with hard water . Therefore, researchers focused on two issues: 1.) what are the possible adverse HEALTH effects of demineralised water , and 2.) what are the minimum and the desirable or optimum contents of the relevant substances ( , minerals) in DRINKING water needed to meet both technical and HEALTH considerations. The traditional regulatory approach, which was previously based on limiting the HEALTH RISKS from excessive concentrations of toxic substances in water , now took into account possible adverse effects due to the deficiency of certain constituents.

8 At one of the working meetings for preparation of guidelines for DRINKING water quality, the World HEALTH Organization (WHO) considered the issue of the desired or optimum mineral composition of desalinated DRINKING water by focusing on the possible adverse HEALTH effects of removing some substances that are naturally present in DRINKING water (2). In the late 1970's, the WHO also commissioned a study to provide background information for issuing guidelines for desalinated water . That study was conducted by a team of researchers of the Sysin Institute of General and Public Hygiene and USSR Academy of Medical Sciences under the direction of Professor Sidorenko and Dr.

9 Rakhmanin. The final report, published in 1980 as an internal working document (3), concluded that not only does completely demineralised water (distillate). have unsatisfactory organoleptic properities, but it also has a definite adverse influence on the animal and human organism . After evaluating the available HEALTH , organoleptic, and other information, the team recommended that demineralised water contain 1.) a minimum level for dissolved salts (100 mg/L), bicarbonate ion (30 mg/L), and calcium (30 mg/L); 2.) an optimum level for total dissolved salts (250-500 mg/L for chloride-sulfate water and 250-500 mg/L for bicarbonate water ); 3.) a maximum level for alkalinity ( meq/l), sodium (200 mg/L), boron ( mg/L), and bromine ( mg/L).

10 Some of these recommendations are discussed in greater detail in this chapter. During the last three decades, desalination has become a widely practiced technique in providing new fresh water supplies. There are more than 11 thousand desalination plants all over the world with an overall production of more than 6 billion gallons of desalinated water per day (Cotruvo, in this book). In some regions such as the Middle East and Western Asia more than half 149. of the DRINKING water is produced in this way. Desalinated waters are commonly further treated by adding chemical constituents such as calcium carbonate or limestone, or blended with small volumes of more mineral-rich waters to improve their taste and reduce their aggressiveness to the distribution network as well as plumbing materials. 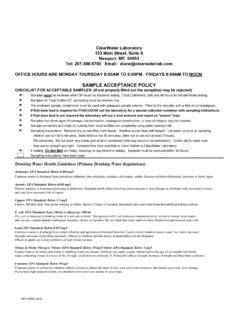 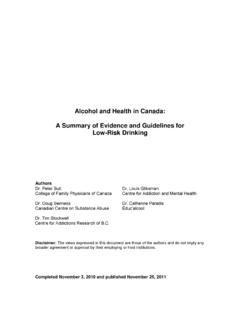 Alcohol and health in Canada: A summary of …

Alcohol and Health in Canada: A Summary of Evidence and Guidelines for . Low-Risk Drinking . Authors . Dr. Peter Butt College of Family Physicians of Canada 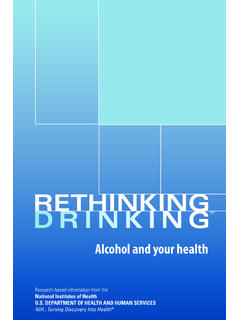 Alcohol and your health - National Institutes of …

“It emphasized that drinking is not bad in and of itself—it’s how much you’re doing it and how it’s affecting your life.” 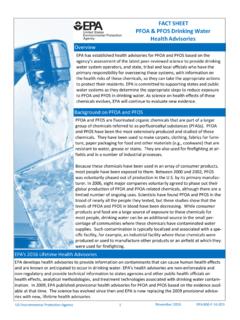 Does Chlorine in Water Affect my Health?

How Does Chlorine in Water Affect my Health? What is Chlorine? Chlorine is a naturally occurring element; symbol Cl, atomic number 17 on the periodic table

Does Drinking Alcohol Cause Cancer? Drinking …