2 Founded in 1921, the Port Authority of New York and New Jersey builds, operates, and maintains many of the most important transportation and trade infrastructure assets in the country. The agency's network of aviation, ground, rail, and seaport facilities is among the busiest in the country, supports more than 550,000. regional jobs, and generates more than $23 billion in annual wages and $80 billion in annual economic activity. The Port Authority also owns and manages the 16-acre World Trade Center site, where the 1,776-foot-tall One World Trade Center is now the tallest skyscraper in the Western Hemisphere. The Port Authority receives no tax revenue from the States of New York and New Jersey, or from the City of New York. The agency raises the necessary funds for the improvement, Construction , or acquisition of its facilities primarily on its own credit.

3 For more information, please visit 4 The Port Authority of NY & NJ. The Construction Program The 2017 Construction Program is published in a continuing effort to encourage participation in the Port Authority 's procurement of Construction services. Issued annually, this document provides a forecast of Construction contracts to be bid during the year. The forecast identifies contracts to be publicly advertised, provides an estimated range of the Construction cost, and includes a brief description of each project. The section titled Bidding and Understanding Port Authority Construction Contracts is a guide to understanding the Authority 's contracting procedures. This section also includes specific information for contractors interested in viewing or obtaining bid documents, completing a vendor registration profile to get on bid lists, and submitting bids, as well as information regarding the M/W/SDBE Program .

4 The information included in this document is a forecast of the Authority 's Construction Program and is subject to change without prior notice. Current information can be found on the Port Authority 's web site at or http://www.. Questions regarding the Construction Program can be directed to contact persons identified in the Appendices. 2017 Construction Program 5. History of The Port Authority of New York & New Jersey The Port Authority of New York and New Jersey was established on April 30, 1921. It was the first bistate agency ever created under a clause of the Constitution permitting compacts between states with Congressional consent. This Port Compact created an area of jurisdiction called the Port District, which comprises about 1,500 square miles in both states centering on New York Harbor. The Compact established a bistate Authority to provide transportation, terminal, and other facilities of commerce within the Port District.

5 The States of New York and New Jersey have occasionally authorized the agency to administer specific transportation facilities outside of the Port District. The Port Authority of New York and New Jersey builds, operates, and maintains many of the most important transportation and trade facilities in the country. The agency's network of aviation, rail, surface transportation, and seaport facilities moves hundreds of millions of people and goods throughout the region annually and supports more than 550,000. regional jobs, generating more than $23 billion in annual wages and $80 billion in annual economic activity. The Port Authority also owns and manages the 16-acre World Trade Center site, home to the iconic One World Trade Center, the tallest building in the Western Hemisphere. The Port Authority receives no tax revenue from the States of New York and New Jersey, or from the City of New York.

6 The Port Authority was created to promote and protect the commerce of the Port District and to undertake port and regional improvements that secure the region's economic well-being. The Governors of New York and New Jersey appoint six commissioners each to the Port Authority Board of Commissioners. Each appointment is subject to the approval of the respective State Senate. Commissioners serve as public officials without remuneration for overlapping six-year terms. The Governors retain the right to veto the actions of the Board. The Executive Director, appointed by the Governor of New York and confirmed by the Board of Commissioners, is responsible for managing the operation of the Port Authority in a manner consistent with the agency's policies, as established by the Board. The Port Authority works closely with governmental, nonprofit, and private interests to address the diverse needs of the communities surrounding its facilities.

7 The Port Authority is prepared to respond to the challenges ahead by operating and maintaining its facilities responsibly and by continuing to find ways to expand and enhance the trade and transportation capacity of the bistate region. Bidding and Understanding Port Authority Construction Contracts Policy The Port Authority 's general practice is to advertise publicly for sealed competitive bids for Construction work. Generally, upon receipt, all bids are publicly opened and read, and the contract is awarded to the lowest qualified bidder. The award process includes determining whether the bid proposed is in proper form; the bidder has the technical qualifications, requisite experience, and financial resources to perform the work; and the bidder is a responsible contractor. The Port Authority reserves the right to accept or reject any and all bids and/or to accept any bid or bids that best serve the public interest.

8 Public Advertisements Publicly advertised solicitations typically appear in McGraw-Hill's Engineering News Record and in various New York and New Jersey newspapers including The New York State Contract Reporter, The Official Web Site for the State of New Jersey, The Star-Ledger (Newark) and The Record (Bergen). Solicitations for Stewart International Airport may appear in local publications in the geographical region of the airport. Because of possible time constraints and advertisement deadlines, there is no guarantee that ads for Port Authority contracts will be placed in any specific publication. Generally, newspaper ads are found in the Classified or Legal Notices sections of the papers. Publicly advertised bids are also posted on the Port Authority web site in the Current Bids and Opportunities at The site is continually updated and we suggest that contractors visit the site frequently.

9 Other Solicitation Methods For contracts that require special Construction experience or expertise, or have critical facility operation constraints or special situations, the Port Authority uses, as appropriate, other solicitation methods, such as Requests to Qualify (RTQ), Verification and Validation Process (VVP), select lists and sole source. Generally, RTQs and VVPs are publicly advertised. In these instances, prospective bidders may obtain the documents from the Authority 's website. For RTQs, the Port Authority evaluates the information provided and invites qualified bidders to submit bids. For VVPs, the Port Authority will determine whether the Contractor meets certain security requirements to obtain bid documents. How to Register and Get on Bid Lists You should complete a Vendor Registration/Profile by logging on to business- When a need for a particular commodity or service arises, the Buyer solicits appropriate firms from specific bid lists for which vendors have registered.

10 Inclusion on the various lists is not a determination of bidder qualifications. Rather, when a bidder submits the lowest responsive bid, the Authority reviews the bidder's qualifications to deliver the specific goods or services. Viewing and Obtaining Bid Documents Bid documents for publicly advertised contracts are available for viewing at the Port Authority 's Construction Contract Desk, located at 2 Montgomery Street, 1st Floor, Jersey City, NJ 07302. 2017 Construction Program 7. Each set of bid documents may be obtained upon receipt of a non-refundable payment of $ Only company checks or money orders payable to the order of the Port Authority of New York and New Jersey will be accepted. To confirm availability of the bid documents before coming to view or purchase them, go to Bid/Proposal Advertisements, Construction on the Port Authority web site Because of enhanced security measures, please bring proper photo identification ( , valid driver's license and company ID) when coming to view or pick up contracts. 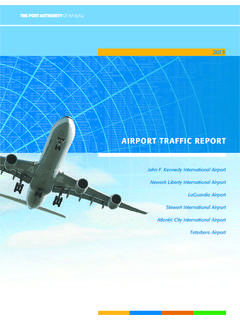 1 April 1, 2014 I am happy to share the Port Authority Aviation Department’s 2013 Annual Traffic Report, which provides important statistics on air traffic at our regional aviation 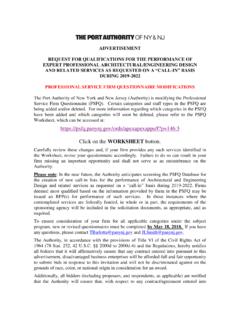 A Guide to Procurement at The Port Authority of … 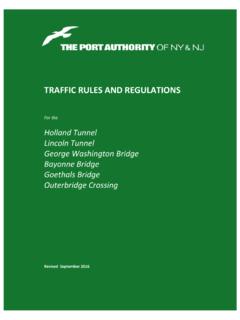 1 TRAFFIC RULES AND REGULATIONS SECTION 1 CONDITIONS OF USE AND DEFINITIONS 1.1 General.The use of said vehicular … 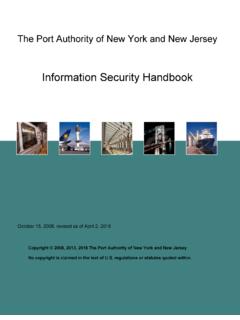 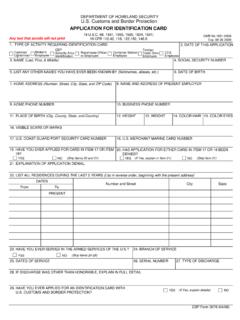 you have to give it to us. We ask for this information to carry out U.S. Customs and Border Protection laws of the United States. This form is used by 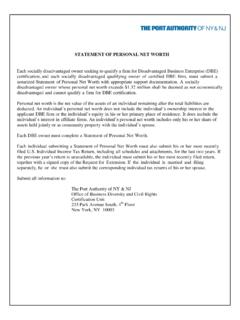 STATEMENT OF PERSONAL NET WORTH 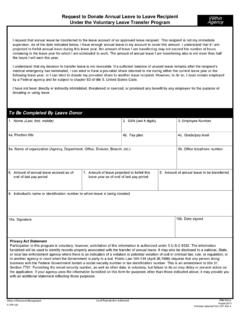 Request to Donate Annual Leave to Leave Recipient Within Under the Voluntary Leave Transfer Program Agency I request that annual leave be transferred to the leave account of an approved leave recipient.

successfully on different types of structures will be provided along with an instrumentation plan for a cooling tower structure as well. SHM has

Dear Friends: From our pioneering work creating wetlands to handle stormwater in Staten Island’s Bluebelts to our watershed management program that protects our drinking water from the Catskill Mountains, DEP has