2 3. Capital allocation strategy 10. 4. Impact of cross-border regulations 13. companies remain attractive despite Brexit uncertainty 14. China remains active in the Global M&A market 16. Japanese companies continue to search for growth abroad 18. 5. Activism 19. 6. Alternative sources of capital 22. 7. Outlook recap 28. 8. About Morgan M&A Advisory 29. 9. Select Morgan-advised transactions in 2018 30. Please note: Use of this material is subject to the important disclaimers set out on the inside back cover. 2 | 2019 Global M&A Outlook . 1. Executive summary 2018 The year in review The Global M&A market remained strong in 2018 with announced transaction volumes reaching $ trillion, the third highest year ever for M&A volumes. Announced volume in the first half of 2018 was robust, representing the second highest first half of all time ($ trillion).

3 Activity was largely driven by megadeals (greater than $10 billion in size). Thirty megadeals were announced in the first six months of 2018 the highest first-half megadeal count on record compared with 14 deals in the first half of 2017. The number of megadeals began to normalize throughout the second half of the year, although they continued to be a significant driver of activity in 2018 (overall up 38%, 44 deals in 2018. compared with 32 in 2017, the second highest in the past 10 years). While megadeals were a large driver of M&A announced dollar volumes in 2018, the count for deals greater than $250 million also increased by 7% from 2017, with activity remaining robust across all deal types. Activity was brisk across domestic and international deals, strategic and private equity, and across all sectors, with technology (17%) and healthcare (12%) representing the largest contributors to Global volume in 2018.

5 The biggest new tailwind this year was the implementation of tax reform in the , which helped generate incremental cash flows and provided access to overseas funds. Innovation, disruption and the need for growth also contributed to M&A activity, driving change across industries, geographies and organizations. An accelerating rate of disruption has driven the need to act with urgency. As a result, new consumption patterns, new platforms and new business models are resetting the basis of competition, redistributing industry economics and reallocating value. We've seen a drastic increase in the technology sector over the past decade, more than doubling its share of the overall M&A market (from 6% in 2007 to 17% in 2018) as the sector continues to innovate to meet changing demands. While geopolitical uncertainty was prominent throughout the year and created many headlines, it had limited effect on deal volumes in the first half of the year but may have contributed to the deceleration of activity toward the end of 2018.

6 Meanwhile, cross-border M&A volume remained strong, accounting for 30% of the total M&A market, but with a different mix: China outbound M&A continued to decline (down 23% YOY), while Japan outbound M&A was robust throughout the year, with a record $184 billion in announced volume and a record number of deals larger than $1 billion (30 deals in 2018 versus 18. in the previous year). However, Japan's activity benefitted disproportionately from Takeda Pharmaceutical's acquisition of Shire for $81 billion. The regulatory environment remained challenging as large deals took longer to close, including Monsanto/Bayer (746 days), Linde AG/Praxair (681 days) and Time Warner/AT&T. (601 days), or were withdrawn entirely in the case of Qualcomm/Broadcom, NXP/Qualcomm and Ant Financial/MoneyGram. Meanwhile, regulation of foreign investment in the continued to increase as Congress expanded the range of transactions governed by the Committee on Foreign Investment in the (CFIUS) in August.

8 Good strategic dialogue and high CEO/Board confidence kept the M&A market healthy overall Megadeals were back: Deal count $10 billion and above was up 38% from 32 deals in 2017 to 44 deals in 2018, with roughly two-thirds announced in the first six months of the year Geopolitical and regulatory concerns, little tangible impact: While geopolitical uncertainty was prominent throughout the year and the regulatory environment remained challenging, they had limited effect on deal volumes for the majority of 2018. However, these concerns may have contributed to the deceleration of M&A activity toward the end of the year Cross-border activity continued to remain robust: Cross-border transaction volume in 2018. was up 23% to $ trillion, representing 30% of Global M&A volume versus 28% in 2017. Cautious optimism, but with increased uncertainty in Q4 2018.

9 Multiples plateaued toward the end of the year in 2018 and were particularly impacted by the recent stock market volatility. While this volatility motivated some companies to pursue M&A transactions at more attractive multiples, others chose to delay until the unpredictability in trading subsides . Investors started to factor downside cases into their analyses in light of potential cyclical economic headwinds 2019 Global M&A Outlook | 5. 2019 The year ahead In 2019, we expect corporate clarity to be one of the key themes driving M&A activity as pressure remains on companies to review their business structures and unlock value. While many of the effects of tax reform and repatriated cash were used for share repurchases and dividends in 2018, it is anticipated that boards will also deploy extra cash for acquisition-driven growth.

10 Regulatory and geopolitical headwinds are likely to persist in 2019 as well as macroeconomic uncertainty; however, M&A activity is expected to remain strong. The lengthy regulatory process tends to affect transformational megadeals. In 2018, deals over $10 billion made up only 6% of the number of announced deals over $1 billion. We anticipate activity in $1 billion-$10 billion deals will continue to be robust and drive the M&A market. Shareholder activism has solidified itself as a permanent investment strategy in the international financial markets and is expected to drive further focus on core operations across companies globally. We have seen activists disrupt traditional businesses in the and Europe and expect similar strategies to take on a more Global scale. Alternative sources of capital, including sovereign wealth funds and family offices, will continue to raise funds at a rapid pace. 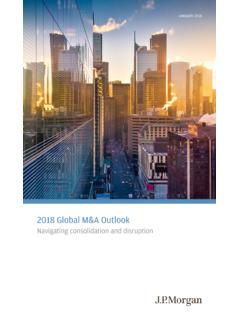 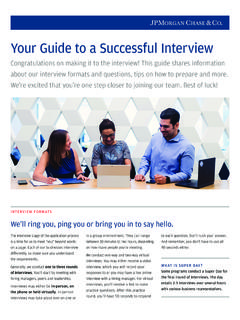 Your Guide to a Successful Interview - J.P. Morgan

Your Guide to a Successful Interview Congratulations on making it to the interview! This guide shares information about our interview formats and questions, tips on how to prepare and more. 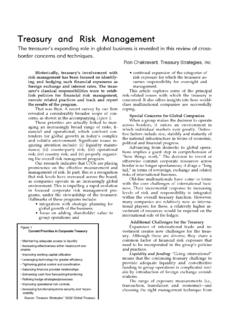 Treasury and Risk Management ... Additional Challenges for the Treasury Expansion of international trade and in-vestment creates new challenges for the treas-ury. Although these are diverse, they share a ... gional solutions for collections, payments, trans-fers, etc. 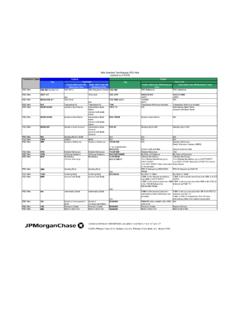 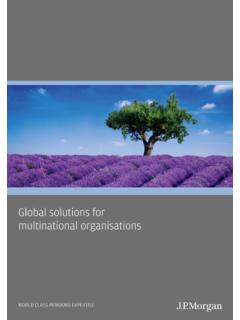 Global solutions for multinational organisations WoRLd CLASS PENSIoNS EXPERTISE. Foreword – The multinational pension journey Headquartered in The Hague, the Netherlands, Shell is a global group of energy and petrochemical companies, with operations in over 90 markets. In recent years, the Shell board noticed an internal 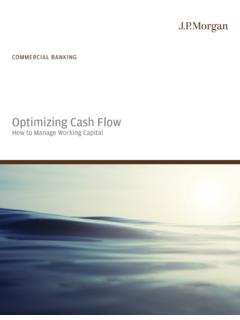 2 | Effective Working Capital and Cash Flow Management Five Steps to Improve Your Working Capital Management 1 Assess Your Current Position The first step in managing your company's working capital is to conduct a baseline assessment of the current status. 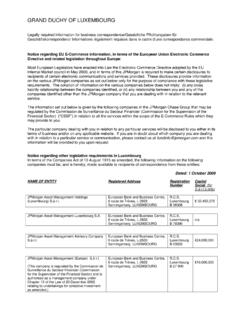 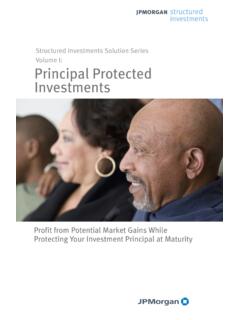 fixed-income security, such as return of principal at maturity, with the ... Index. A call option gives an investor the right (but not the obligation) to buy an ... index via a call option. To pay for the principal protection provided by the investment in zero coupon bonds, however, you forfeit ... 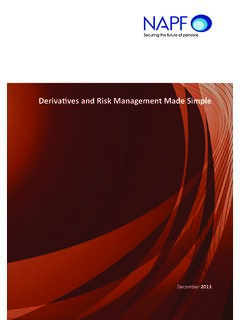 Derivatives and Risk Management Made Simple

Derivatives and Risk Management made simple 3. Market risk Market risk refers to the sensitivity of an asset or portfolio to overall market price movements such as interest rates, ... reduced by hedging. The use of interest and inflation rate swaps can produce offsetting positions whereby the risks are 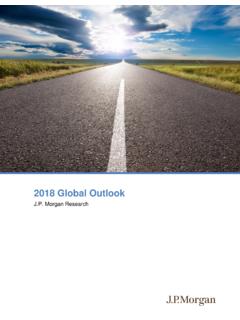 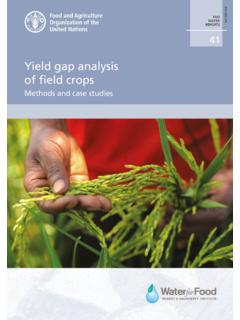 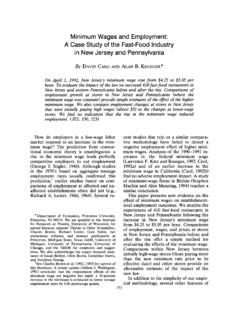 Minimum Wages and Employment: A Case Study of ... - David …

Minimum Wages and Employment: A Case Study of the Fast-Food Industry in New Jersey and Pennsylvania On April 1, 1992, New Jersey's minimum wage rose from $4.25 to $5.05 per

The Productivity of Working Hours

3 proportional to his working hours and, if i is typical of workers, a firm’s effective labor input is the sum of hours worked over all workers. This would rationalize the use of worker-hours. More plausibly, i’s work effort depends on his hours of work: E i = f (H i) where f (H i) embodies the stress, fatigue, monotony, and stimulation that accompanies work.