265-29: An Introduction to Perl Regular Expressions in SAS 9

Everything else is a standard Perl regular expression. In this example, we are 1 SUGI 29 Tutorials. using the forward slashes (/) as the default Perl delimiters. The letters 'cat' inside the slashes specify an exact match to the characters "cat". Each time you compile a regular expression, SAS assigns sequential numbers to the resulting

2 The syntax of both SAS and perl Regular Expressions allows you to search for classes of characters (digits, letters, non-digits, etc.) as well as specific character values. Since SAS already has such a powerful set of string functions, you may wonder why you need Regular Expressions . Many of the string processing tasks can be performed either with the traditional character functions or Regular Expressions . However, Regular Expressions can sometimes provide a much more compact solution to a complicated string manipulation task. Regular Expressions are especially useful for reading highly unstructured data streams. For example , you may have text and numbers all jumbled up in a data file and you want to extract all of the numbers on each line that contains numbers.

3 Once a pattern is found, you can obtain the position of the pattern, extract a substring, or substitute a string. A Brief tutorial on perl Regular Expressions I have heard it said that perl Regular Expressions are "write only." That means, with some practice, you can become fairly accomplished at writing Regular Expressions , but reading them, even the ones you wrote yourself, is quite difficult. I strongly suggest that you comment any Regular Expressions you write so that you will be able to change or correct your program at a future time. The PRXPARSE function is used to create a Regular expression . Since this expression is compiled, it is usually placed in the DATA step following a statement such as IF _N_ = 1 then.

4 Since this statement is executed only once, you also need to retain the value returned by the PRXPARSE function. This combination of combining _N_ and RETAIN when used with the PRXPARSE function is good programming technique since you avoid executing the function for each iteration of the DATA step. So, to get started, let's take a look at the simplest type of Regular expression , an exact text match. Note: each of these functions will be described in detail, later in the tutorial. Program 1: Using a perl Regular expression to locate lines with an exact text match **Primary functions: PRXPARSE, PRXMATCH;. DATA _NULL_;. TITLE " perl Regular expression Tutorial Program 1";. IF _N_ = 1 THEN PATTERN_NUM = PRXPARSE("/cat/").

5 *Exact match for the letters 'cat' anywhere in the string;. RETAIN PATTERN_NUM;. INPUT STRING $30.;. POSITION = PRXMATCH(PATTERN_NUM,STRING);. FILE PRINT;. PUT PATTERN_NUM= STRING= POSITION=;. DATALINES;. There is a cat in this line. Does not match CAT. cat in the beginning At the end, a cat cat ;. Explanation: You write your perl Regular expression as the argument of the PRXPARSE function. The single or double quotes inside the parentheses are part of the SAS syntax. Everything else is a standard perl Regular expression . In this example , we are 1. SUGI 29 Tutorials using the forward slashes (/) as the default perl delimiters. The letters 'cat' inside the slashes specify an exact match to the characters "cat".

6 Each time you compile a Regular expression , SAS assigns sequential numbers to the resulting expression . This number is needed to perform searches by the other PRX functions such as PRXMATCH, PRXCHANGE, PRXNEXT, PRXSUBSTR, PRXPAREN, or PRXPOSN. Thus, the value of PATTERN_NUM in this program is one. In this simple example , the PRXMATCH function is used to return the position of the word "cat" in each of the strings. The two arguments in the PRXMATCH function are the return code from the PRXPARSE function and the string to be searched. The result is the first position where the word "cat" is found in each string. If there is no match, the PRXMATCH function returns a zero. Let's look at the output from Program 1: perl Regular expression Tutorial - Program 1. 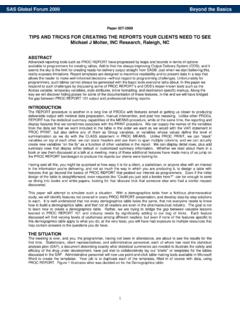 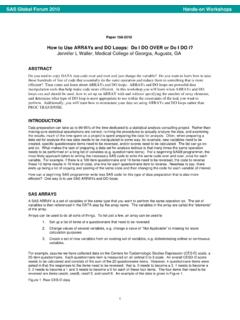 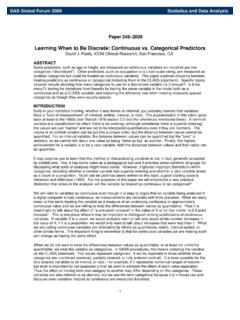 By Example Introduction Uses Varieties Languages Procedural Languages User-de ned functions Written in languages besides SQL and C Task is passed to a special handler that knows the details of the language Handler could be self-contained (e.g. PL/pgSQL) Handler could be dynamically loaded (e.g. PL/Perl)

Same as prior example and place length of result in res-length , if result is too long to fit into new-string , trunc-value is set to 1, and the number of changes is

What is ROUGE and how it works for evaluation of ...

In this example, the Recall would thus be: This means that all the words in the reference summary has been captured by the system summary, which indeed is the case for this example. Whoala! this looks really good for a text summarization system. However, it does not tell you the other side of the story. 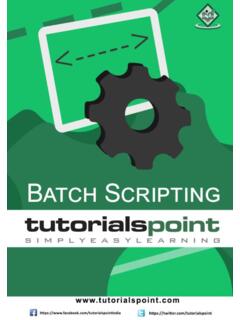 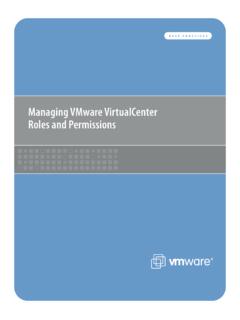 more permissive roles on certain subobjects, for example, a folder of virtual machines. In addition to specifying whether permissions generally propa-gate downward, you can override permissions set at a higher level by explicitly setting different permissions for a lower-level object. For example, you might give a user read-only permis- 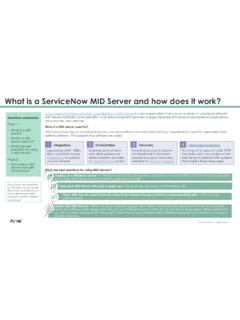 What is a ServiceNow MID Server and how does it work?

Perl, Ruby, etc.) as a script on the MID Server to interact with systems that require those languages 4 Deploy on a Windows server –A Windows MID Server can perform discovery and automation on both Windows and Unix, but a Linux MID …

Perl is an Open Source software, licensed under its Artistic License, or the GNU General Public License (GPL). Perl was created by Larry Wall. Perl 1.0 was released to usenet's alt.comp.sources in 1987. At the time of writing this tutorial, the latest version of perl was 5.16.2. Perl is listed in the Oxford English Dictionary.