25 3 AIRPORT CARGO OPERATIONS Types of airports Nearly all airports handle both CARGO and passengers. There are relatively few pure CARGO airports . For CARGO OPERATIONS , the airports can be categorized as hub and feeder airports , especially for international OPERATIONS where the hub-and-spoke system continues to be the dominant operating model for scheduled flights, both passenger and CARGO . Larger aircraft are used on long-haul international routes, while smaller aircraft serve domestic origins and destinations. This system allows shipments between origin/destination pairs that could not support direct, point-to-point, service. It also provides for more frequent services from the hubs to the various international origins and destinations. The hub AIRPORT is generally located in or near a major population center to have a significant amount of inbound and outbound baseload CARGO .

25 3 AIRPORT CARGO OPERATIONS Types of airports Nearly all airports handle both cargo and passengers. There are relatively few pure cargo airports. For cargo operations, the airports can be categorized as hub and feeder airports, especially for

1 25 3 AIRPORT CARGO OPERATIONS Types of airports Nearly all airports handle both CARGO and passengers. There are relatively few pure CARGO airports . For CARGO OPERATIONS , the airports can be categorized as hub and feeder airports , especially for international OPERATIONS where the hub-and-spoke system continues to be the dominant operating model for scheduled flights, both passenger and CARGO . Larger aircraft are used on long-haul international routes, while smaller aircraft serve domestic origins and destinations. This system allows shipments between origin/destination pairs that could not support direct, point-to-point, service. It also provides for more frequent services from the hubs to the various international origins and destinations. The hub AIRPORT is generally located in or near a major population center to have a significant amount of inbound and outbound baseload CARGO .

2 It provides a transshipment node not only for interlining between domestic and international carriers but also for connections between an airline s domestic and international services. A larger hub AIRPORT may also act as regional gateway, for example: Hong Kong, which provides European and North American carriers with air and land access to China, as well as air access to other Asian destinations, Dubai, which provides connections between European and Asian services, also acts as a regional distribution center for Africa and the Middle East. Miami, Florida and Tocumen AIRPORT in Panama, which serve Latin American carriers connecting with North American and European carriers. The hub and spoke system can also be intermodal providing a connection for sea-air services or for sea-road services. The latter involve RFS (road freight s ervices) connections in which an international air movement is combined with a domestic road movement between the hub and feeder AIRPORT .

3 The road transport segment is treated as a scheduled air shipment. The CARGO is transported under an airway bill and customs clearance is performed at the feeder AIRPORT s warehouse. This arrangement allows an airfreight carrier to sell services to airports where it does not actually land. The latter can all ow nearby airports to act as hubs for different carriers, as is the case with Dubai and Abu Dhabi or Beijing and Tianjin. Most of the major hub airports serve either a large integrator or the dominant national carriers as shown in Table 3-1. However, some of the hub airports serve a broad mix of services, for example New York s JFK (Table 3-2). Governments can help airports to achieve the status by improving AIRPORT performance through investment in infrastructure and transfer of OPERATIONS to private operators.

5 The national hubs are usually airports that serve the capital or other major markets and act as a gateway to/from smaller markets within that country. The selection of national hub airports is often determined by government, especially where the national carrier is controlled by the government and required to provide essential air services to outlying markets that are not profitable. The national carrier either provides international services or interlines with a foreign carrier. In rare cases, this relationship can lead to the development of a regional hub but only where there is already a substantial and effective operation. For example, San Salvador evolved from a hub for the national carrier TACA to a regional hub once TACA established itself as Central America s regional carrier by acquiring the former national airlines of Costa Rica, Honduras, Guatemala and Nicaragua.

6 As a regional hub, San Salvador provides shippers and travelers with direct flights to markets that would otherwise have only been served through interlining. In recent years, the growth of large integrators has led to the development of airports in which CARGO is the primary business. Since a certain scale of OPERATIONS is required to justify the investment in an all - CARGO AIRPORT (see discussion at end of chapter), there are relatively few of them and nearly all are located in the United States and Europe. These include FedEx regional hubs in Ft. Worth, Texas (Alliance AIRPORT ) and Columbus, Ohio (Rickenbacker), DHL s hubs in Riverside, California and Wilmington, Ohio and its UK hub at East Midlands. One of the few all- CARGO airports in developing countries is Viracopos AIRPORT in Brazil. There has been talk of setting up a facility in Johore in Malaysia but the profitability remains in question, especially given the proximity to Changi AIRPORT in Singapore.

7 More common are airports in which there is some passenger traffic, but the CARGO OPERATIONS of the integrators are the major activity. Examples in the United States include the FedEx hub in Memphis, Tennessee, and Indianapolis, Indiana, the BAX Global hub in Toledo, Ohio and UPS hubs in Louisville, Kentucky and Ontario, California. In Europe, there is the TNT hub in Liege in Belgium (see Box 3-1), and the DHL hub in Leipzig, Germany, as well as the Cargolux hub in Luxembourg AIRPORT . There are no such hubs in Latin America, as the integrators prefer to operate out of Miami. There is, however, a major CARGO operation in Bogot , Colombia. In the Middle East, there are DHL hubs in Bahrain and Dubai. The latter also serves as the hub for FedEx, Emirates and most of the CARGO airlines serving the region. In East Asia, FedEx and UPS have operated hubs at Subic and Clarke in the Philippines, but have since shifted their OPERATIONS to China, Guangzhou and Shanghai Pudong, 20 There initial attraction had been their location on the main trade route to Southern China and Southeast Asia combined with very low charges and a liberal regulatory policy, but they lost this business when China liberalized its regulations.

9 In some instances, tech stops have evolved into hub OPERATIONS as a result of strong growth in economic activity. The airports in the United Arab Emirates were initially tech-stops for flights between the Indian subcontinent and Europe, as well as between Southeast Asia and Europe. They evolved into regional distribution hubs as a result of the rapid economic development over the last 20 years. The situation in Anchorage is different. While it has relatively little economic activity, it was able to graduate from a tech stop to a transshipment point for flights between Asia and North America and between Asia and Europe over the North Pole. On the other hand, Dakar in Senegal remains a tech stop for flights between Southern Africa and North America while Almaty, Kazakhstan provides a similar service on connecting parts of Asia with Europe. Other factors that affect the attractiveness of an AIRPORT for air CARGO OPERATIONS include the regulatory environments for international flights, the charges levied by the AIRPORT operators and national civil aviation authorities, the costs for CARGO handling services, ability to contract third-party services, and airfield resources.

10 While the latter is important, air freight carriers can adapt marginal or even Box 3-1. Liege AIRPORT Liege AIRPORT is located within the triangle of Europe s major CARGO airports Paris, Frankfurt and Amsterdam. It was a military installation until 1990 when the Walloon government decided to concentrate CARGO flights in Liege AIRPORT . A new AIRPORT company was established as a joint venture between Wallonia s regional AIRPORT company and airports authority for Paris. Five years after becoming a commercial venture, Israel CARGO Airlines (CAL) started using Liege, which now serves as its European hub for shipments of flowers, fruit and vegetables. The AIRPORT received a major boost when TNT established its regional hub there in 1997. Liege is the 8th largest CARGO AIRPORT in Europe handling about a half million tons. The CARGO has grown steadily over the last decade despite a downturn in 2006. 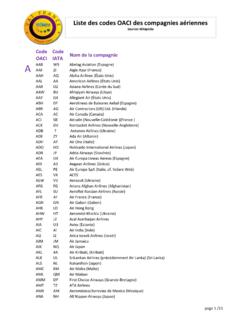 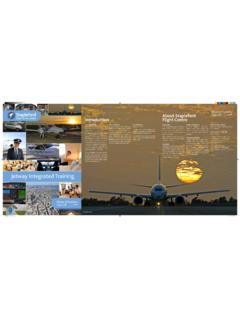 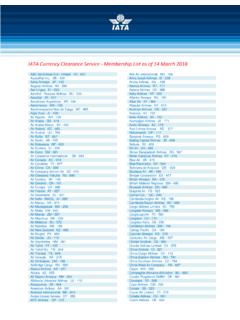 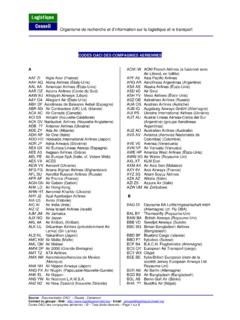