2 Components rated to operate up to 100 C. Introduction Twenty or so years ago, Capacitor Discharge standards. The very fast and very short spark of Ignition (CDI) was the acknowledged solution for CDI wasn't all that good at igniting lean mixtures. automotive enthusiasts wanting a high energy Car manufacturers introduced transistor-assisted Ignition circuit. CDI gave a really hot spark which Ignition with long spark durations to ensure that would fire virtually any spark plug no matter how lean mixtures did burn properly. There was one fouled or grotty it was. Tens of thousands of CDI design which attempted to overcome the lean enthusiasts installed them on their cars and hence mixture drawback and that was the so-called forward swore by them as the greatest innovation "multiple spark Discharge " system . However it was system since Karl Benz thought of the horseless a complex design which never really caught on.

3 Carriage. Well, maybe it wasn't quite that good but These days, there is no modern car with an engine you get the picture. management system which uses CDI, to our knowledge. Whether they are single coil, multi-coil But there was another aspect of CDI which wasn't or direct-fire systems, they are all variants of the good and that was "crossfire". Because the CDI tried and true transistor assisted Ignition (TAI). spark was so hot and more importantly, because it system . So why design a new CDI? had such a fast rise-time of only a few We have tended to disparage CDI systems for microseconds, it often fired the plugs in other years, knowing that our very popular high-energy cylinders. This problem was most troublesome in TAI system has a well-earned reputation for V8s, in some sixes and even some four cylinder reliability. But some readers were not about to be cars such as the air-cooled VW which had the put off.

4 They wanted a CDI design and they spark leads running close and parallel right across wanted it for a number of reasons. They wanted the engine fan housing. them for two-stroke and four-stroke motors on Cross-fire is caused by the capacitance between motor bikes, outboards and Go-Karts. And they adjacent spark plug leads. The capacitance between wanted them for older cars which don't have lean the leads causes the fast-rising voltage from the mixtures and which can be particularly hard, if not coil to be coupled into the adjacent leads and impossible, to start when the Ignition system gets thereby can deliver unwanted sparks in other wet. Old Mini Coopers and 850s are legendary in cylinders. this regard. Cross-fire can cause severe engine damage and Some readers also wanted a CDI for racing sounds similar to pinging. applications where multiple spark Discharge Ultimately, CDI fell into disuse for mainstream systems still have a keen following.

5 Cars because of the introduction of lean fuel mixtures in an attempt to meet rising anti-pollution With all of these reasons being cited, who were we The 2kHz inverter operation was quite audible too to say that all these people were wrong? So we and could often be heard through car radios. So the went back to the data books and put on our new design would use Mosfets in the inverter and thinking caps. A new CDI design had to be a would operate at above 20kHz to make it distinct improvement over the 20-year old designs inaudible. which did have their fair share of drawbacks. Like Third, CDIs used an SCR (silicon controlled what, for example? rectifier) to Discharge the dump Capacitor and these First, many CDIs had very high voltages applied to are typically rated for an AC supply frequency of the Ignition coil, as much as 500V or 600V in some 400Hz maximum.

6 While the SCRs will operate at cases. higher frequencies, it is an unspecified condition They did this to avoid the inevitable fall-off in and it ultimately also sets a limit on the maximum spark energy as the engine RPM rose. This very spark rate. That effectively rules out using an SCR. high coil voltage had the drawback of often in the new design. causing internal breakdown in Ignition coils, it Fourth, and a rather serious drawback this one, made the cross-fire problem significantly worse some CDI systems would not operate when the than it would have been with a lower coil voltage battery was low. This meant that while the battery and it put considerably more stress on the Ignition might be able to slowly crank the engine, the CDI's leads. So design aim number one was to set the coil inverter would not start and hence there would be voltage to a much more moderate level of about no spark.

7 In other words, just when you most 300V. wanted the CDI to work, it would not be on the Second, because the DC-DC inverters of the time job. used relatively slow bipolar transistors (eg, Another factor which limited the inverter operating 2N3055s), the inverter frequency was typically frequency was the speed of the rectifier diodes. only 2kHz. This typically sets an upper limit on the High speed fast recovery diodes were expensive maximum spark rate of about 300 to 400 sparks per and so, even if the inverter could have run much second, as the inverter needs a couple of cycles of faster, the standard rectifier diodes could not have operation after each Discharge in order to recharge handled the high frequency output. the dump Capacitor . Applications While we have addressed all the above The new CDI system can be connected to disadvantages, the drawback of potential cross-fire distributors with conventional points, Hall effect or remains even though we have reduced the high reluctor pickups.

8 It is capable of operation to very voltage to 300V. Therefore, we do not recommend high engine speeds, much higher than even racing using the system on six cylinder and V8 engines engines. For example, it can run as high as unless you can improve the lead dress of the spark 30,000 RPM in a 4-cylinder engine. This figure is so plug leads so that each lead is more widely high that it's academic but it does indicate that full separated from its neighbour. spark energy is maintained over the entire RPM. Nor do we recommend using this CDI on any car range of any practical engine. with an engine management computer. We take the All the other features of the new design are attitude that the factory designed Ignition system summarised in the features and specifications will always be optimum for the particular car. panels elsewhere in this article.

9 However, we do On the other hand, if you have an older car with need to explain one of the key features and that is factory electronic Ignition there is no reason why "multiple spark Discharge ". this CDI system should not be a satisfactory substitute, particularly if the original module has failed and is expensive to replace. 2. Multiple spark Discharge : These three circuits show the three types of Ignition circuit. (a) is the original points-based system . (b) shows a typical CDI system which uses a DC-to-DC inverter to charge a Capacitor which typically has a value of l F. Each time the switch points in the distributor open, it fires an SCR to dump the capacitors 's charge into the coil primary winding. (c) shows the arrangement of our new CDI system . It has a DC-to-DC inverter with a regulated 300 VDC output which charges up a l F Capacitor .

10 Instead of using an SCR to dump the Capacitor 's charge into the coil, it uses a pair of Mosfets which are depicted as S1, a single pole double throw switch. Whereas the original CDI designs produced just one dwell extension, lower inductance coils or more spark each time the points opened, the multi-spark than one Ignition coil. Discharge (MSD) CDI was able to produce several sparks in quick succession each time the points (b) shows a typical CDI system which uses a opened. Our new design incorporates this feature DC-to-DC inverter to charge a Capacitor which and produces up to 10 sparks each time a spark plug typically has a value of l F. Each time the switch is to be fired, depending on the engine speed. This points in the distributor open, it fires an SCR to feature can be disabled so that the CDI produces dump the Capacitor 's charge into the coil primary just two sparks for each cylinder firing, regardless winding. 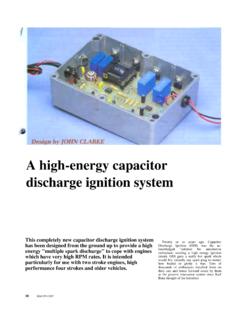 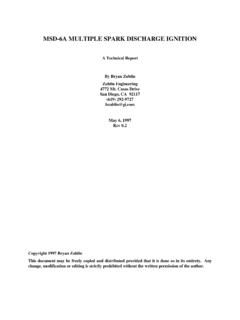 B. Zublin MSD6A_02.DOC rev 0.2 06MAY97 3 1. Introduction 1.1 Scope This document provides technical details of the MSD-6A ignition. Most of this information is electrical in 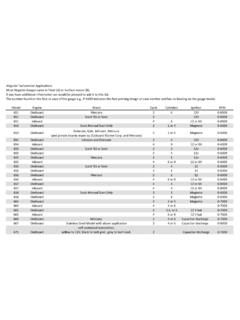 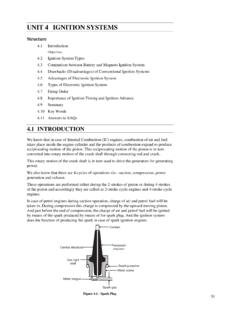 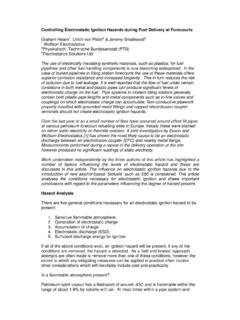 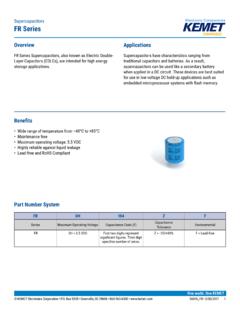 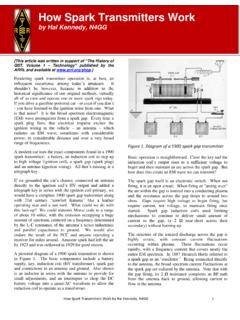