A Simple Early Warning System for Evaluating the …

71 A Simple Early Warning System for Evaluating the Credit Portfolio’s Quality which have proved to be statistically significant, namely: M2/international

2 We have applied an econometric model which con- stitutes a reference for this type of analysis, having as purpose the identifica- tion of a significant correlation between increasing weight of bad loans in total assets, on the one hand, and a number of macroeconomic variables and indi- cators of the banking System , on the other hand. Keywords: Early Warning System ; logistic regression; probability of deteriora- tion of the loans portfolio ; goodness-of-fit tests; predictive ability. n JEL Codes: E44, G01. REL Codes: 10B, 11C. 69. Theoretical and Applied Economics Introduction tests to assess the predictive accuracy of each model used in the analysis. Ultimately The need for careful monitoring of this empirical approach has been a credit portfolio quality has become a major selection, from an extensive set of concern of monetary policy makers, the specifications of the logit model, of the more so as, in the context of current one that meets the requirements of a good international financial crisis, the resources predictive capacity.

3 Available to credit institutions must be managed with care and efficiency. This 1. Assumptions and methodo- concern overlaps in both the dynamics of logy used intrinsic factors associated with business lending in our country in recent years, as The purpose of the statistical well as external factors of credit forecasting model that is the subject of this institutions. Intrinsic factors are study is the ex-ante reporting of episodes represented, primarily, by deficiencies in of deterioration of credit portfolio 's quality the management of credit risk. External for the whole Romanian banking System . factors consist in the dynamics of demand To this end, we opted to implement an for currency, optimistic expectations of econometric technique of reference for this households on revenue increase and type of analysis, namely a limited intensifying of banking competition, which dependent variable model.

4 We applied a led to the existence of credit institutions multivariate logit model because the with majority foreign capital, characterized sample of observations we have is not by a different credit culture and corporate balanced, the frequency of events of governance, business strategies well deterioration in credit portfolio 's quality outlined and implemented, aggressive being much lower than that of non- lending policies (especially in the case of deterioration events. Dependent variable, small banks). defined as the ratio of overdue and In order to quantify the likelihood of doubtful loans to total assets, is binary, credit portfolio 's quality deterioration, we taking value 1 for periods characterized by have identified the mix of variables that significant increase in the share of bad will constitute our starting point in creating loans in total assets and 0 otherwise.

5 A monitoring model, structuring the study From the initial set of 32 financial as follows: the first part, we presented the indicators, selected so as to capture the methodology used and we defined a series full characteristics of both of logit models, based on financial macroeconomic as well as specific indicators identified as relevant from a banking System variables, after statistical viewpoint; in the second part, we performing the univariate tests, we stored applied several complementary statistical in the analysis a number of 9 indicators, 70. which have proved to be statistically bank customer deposits (lenddep); the significant, namely: M2/international share of exports in GDP (exp/GDP). foreign reserve ( M2forex ); money Given the small size of the quarterly multiplier (M2mult); return on assets series of observations considered (small (ROA); the consumer price index (CPI); sample problem), but also to meet the real exchange rate; government requirements of creating a parsimonious expenditure in GDP (gc/GDP ); degree Warning model, with a reduced number of of openness of the economy; the relation- variables, we tested a series of Simple ship between the interest rate charged for logistic models composed by the dependent loans and interest rate granted for non- variable and at most two predictor variables.

7 Theoretical and Applied Economics According to Wald test, the coefficients regression equations tested, it is necessary of predictor variables included in the to apply several goodness-of-fit tests. We regression equation are statistically chose the most representative four statistical significant only if their corresponding tests, which have a complementary nature, probability is lower than the threshold of 5%. in order to progressively eliminate those Variables related to models: M2/forex and models whose specifications do not meet the ROA, M2/forex and openness, M2/forex and requirements of a good predictive ability, real exchange rate, M2/forex and CPI, M2/ namely: forex and lend/dep, M2/forex and gc/GDP, n Assessing the value of -2 log likelihood M2mult and real exchange rate, M2mult and (-2LL).

8 In the third column of Table 1 one gc/GDP, CPI and gc/GDP, real exchange can observe that, by including other rate and gc/GDP, real exchange rate and independent variables into the initial model, lend/dep, openness and real exchange rate the model fit improves, as illustrated by the achieved a level of probability that exceeds decreasing value of -2LL for each logistic the critical value of 5%, therefore they aren't regression carried out. For example, the statistically significant and, as such, those univariate model composed by the models should not be examined further. dependent variable and the explanatory The accuracy of Wald test is, however, variable M2/forex obtained a value of directly influenced by the number of for -2LL. Regression equations constructed observations included in the sample analyzed.

9 After the introduction of a second For a reduced sample size it is recommended explanatory variable (ROA, CPI, real caution with the interpretation of the results of exchange rate, gc/ GDP, lend/dep and Wald test, being preferred the likelihood ratio openness) recorded lower values of -2LL. test. Since the size of our sample is of 38 The lower the -2LL value is, the best the observations, relating to the period between tested model is, through the ability of IIIrd quarter 1997 and IVth quarter 2006, we considered variables to indicate at an earlier have considered that the analysis should be stage a potential state of vulnerability. continued with all the models illustrated in the According to this criterion, models table above, by applying additional goodness- consisting of independent variables: M2/.

10 Of-fit tests, in order to identify those forex and openness ( ), M2mult and gc/. independent variables with the best predictive GDP ( ), CPI and openness ( ), ability of the probability of deterioration of real exchange rate and lend/dep ( ). credit portfolio 's quality. are the most appropriate for making predictions. 2. Criteria for Evaluating the predic- n The likelihood ratio test calculates the tive performance of logistic regressions chi-square statistics as a difference between -2LL for the full model and -2LL for the To perform a statistically based, but also univariate model, comprising only one relevant discrimination between the independent variable (nested model). predictive performance of the logistic Subsequently, the calculated statistics is 72. The role of small and medium enterprises in … Base erosion and profit shifting in multinational corporations

Base erosion and profit shifting in multinational corporations 181 II. Background The purpose of development of MLI was to quickly implement the measures related to the tax treaty, that were introduced under Actions 2, 6, 7 and 14 (hybrid mismatches, treaty

Base, Profits, Erosion, Base erosion and profit 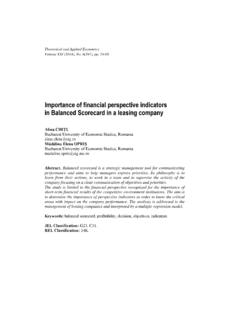 perspective is recognized for the importance of short-term financial results obtained from the analysis of financial targets for institutions in the competitive environment (Kaplan and Norton, 2000: pp. 9-15).

Manipulative marketing: persuasion and manipulation of … 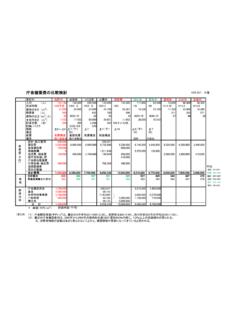 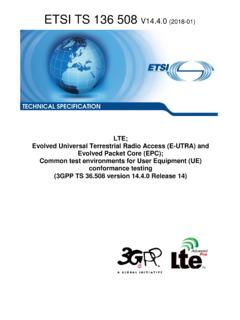 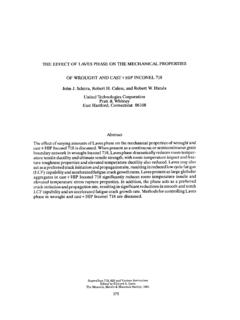 The Effect of Laves Phase on the Mechanical …