2 Edition published by Pearson Education, Inc., Upper Saddle River, New Jersey, USA. Copyright 2013 Pearson Education, Inc. This edition is authorized for sale only in you purchased this book outside the United States or Canada , you should be aware that it has been imported without the approval of the publisher or 2015, 2010, 2007, 2003, 1998 Pearson Canada Inc. All rights reserved. Manufactured in the United States of America. This publication is protected by copyright and permission should be obtained from the publisher prior to any prohibited reproduction, storage in a retrieval system, or transmission in any form or by any means, electronic, mechanical, photocopying, recording, or likewise. To obtain permission(s) to use material from this work, please submit a written request to Pearson Canada Inc.

4 He did his undergraduate work in France and received a in economics from MIT in 1977. He taught at Harvard from 1977 to 1982 and has taught at MIT since 1983. He has frequently received the award for best teacher in the department of economics. He is cur-rently on leave from MIT and serves as the Chief Economist at the International Monetary Fund. He has done research on many macroeconomic issues, including the effects of fi scal policy, the role of expectations, price rigidities, speculative bubbles, unemployment in Western Europe, transition in Eastern Europe, the role of labour market institutions, and the various aspects of the current crisis. He has done work for many governments and many international organizations, including the World Bank , the IMF , the OECD , the EU Commission , and the EBRD.

5 He has published over 150 articles and edited or written over 20 books, including Lectures on Macro-economics with Stanley Fischer. He is a research associate of the National Bureau of Economic Research, a fellow of the Econometric Society, a member of the American Academy of Arts and Sciences, and a past Vice President of the American Economic Association. He currently lives in Washington, with his wife, Noelle. He has three daughters: Marie, Serena, and Giulia. David Johnson David Johnson is Professor of Economics at Wilfrid Laurier University, and Education Policy Scholar at the C. D. Howe Institute. Professor Johnson s areas of specialty are macroeconomics , international fi nance, and, more recently, the economics of education. His published work in macroeconomics includes studies of Canada s international debt, the infl uence of American interest rates on Canadian interest rates, and the determination of the exchange rate between Canada and the United States.

6 His 2005 book Signposts of Success , a comprehensive analysis of elementary school test scores in Ontario, was selected as a fi nalist in 2006 for both the Donner Prize and the Purvis Prize. He has also writ-ten extensively on infl ation targets as part of monetary policy in Canada and around the world. His primary teaching area is macroeconomics . He is coauthor with Olivier blanchard of Macro-economics the sixth edition. Professor Johnson received his undergraduate degree from the University of Toronto, his Master s degree from the University of Western Ontario, and his in 1983 from Harvard University, where Olivier blanchard served as one of his supervisors. He has worked at the Bank of Canada and visited at the National Bureau of Economic Research, Cambridge University, and most recently at the University of California, Santa Barbara as Canada Fulbright Scholar and Visiting Chair.

7 Professor Johnson lives in Waterloo, Ontario, with his wife Susan, who is also an economics professor. They have shared the raising of two children, Sarah and Daniel. When not studying or teaching economics, David plays Oldtimers Hockey and enjoys cross-country skiing in the win-ter and sculling in the summer. For a complete change of pace, Professor Johnson has been heav-ily involved in the Logos program, an after-school program for children and youth at First Mennonite Church in Kitchener, Ontario. Page iii 02/10/13 8:37 PM f-452 Page iii 02/10/13 8:37 PM f-452 ~/Desktop/2:10:2013/Blanchart~/Desktop/2 :10:2013/Blanchart BRIEF CONTENTS THE CORE: INTRODUCTION 1 Chapter 1 A Tour of the World 2 Chapter 2 A Tour of the Book 19 THE CORE: THE SHORT RUN 39 Chapter 3 The Goods Market 40 Chapter 4 Financial Markets 58 Chapter 5 Goods and Financial Markets: The IS-LM Model 81 Chapter 6 Openness in Goods and Financial Markets 107 Chapter 7 The Goods Market in an Open Economy 125 Chapter 8 Output, the Interest Rate, and the Exchange Rate 144 THE CORE: THE MEDIUM RUN 163 Chapter 9 The Labour Market 164 Chapter 10 All Markets Together. 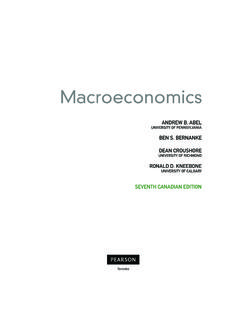 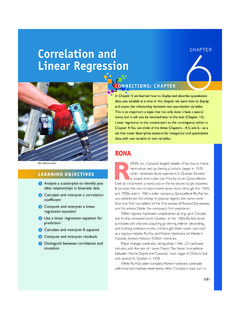 134 CHAPTER 6 • Correlation and Linear Regression 6.1 Looking at Scatterplots The value of the Canadian dollar affects Canadians in a multitude of ways—from ... 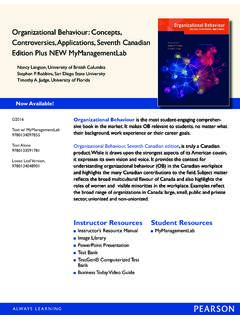 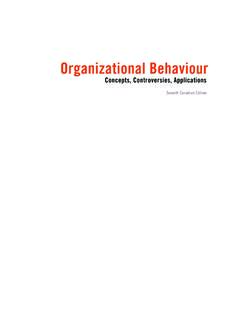 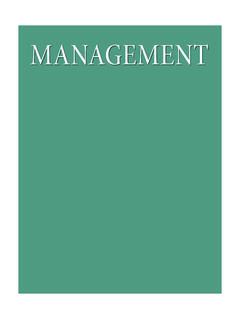 Astronauts get a unique opportunity to experience a cosmic perspective. Here, astronaut John Grunsfeld has a CD of The Cosmic Perspective floating in front of him while ...

ESSENTIALS OF CVP ANALYSIS 59 Conventions, Inc. $2,000 for the booth rental at the convention. She will incur no other costs. Should she rent a booth? 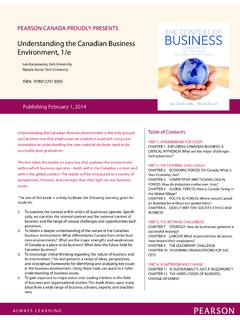